Or: How I Learned to Play Video Games Without Constant Prompting

It’s Christmas 1998 and I find a copy of Banjo-Kazooie waiting for me under the family’s tree. You could feel the electricity in the air as I quickly booted up my trusty Nintendo 64 and experienced something that I — and gamers around the world — had never seen before: I was greeted by a gorgeous, vibrant cartoon aesthetic that would age like fine wine alongside the system and a story that, in spite of its rather basic nature, was fleshed out in a collection of meticulously-designed, variable and (most importantly) lived-in fantasy worlds. All of this was tied together beautifully by a hub world set entirely in a mountain-side castle shaped like the head of the game’s villain, Gruntilda the Witch.

It’s obvious that Rare took concepts and characters from European and International folklore and fairy tales to design this expansive world. Super Mario 64 performed fantastically well just two years before with its new take on world and level design in comparison to its predecessors’ cut-and-paste formula.. Banjo-Kazooie took this method and went out of its way to expand into more complex level themes such as Mad Monster Mansion, a haunted mansion with adjoining maze and church, and Treasure Trove Cove, a calypso beach setting with pirates, treasure chests and Snacker the Shark, the game’s homage to Jaws who also sparked all of my childhood nightmares.

The game’s most complex level theme, however, is saved for the final overworld, Click Clock Wood, an ambitious, multi-season world surrounding the same gargantuan oak tree and its residents through Summer, Autumn, Winter and Spring. Using this level mechanic, the player must figure out how to solve puzzles by visiting each season to complete a part of the puzzle and collecting a Jigsaw puzzle piece (Jiggy) as a reward. There are 10 to collect in each world and are used to complete World puzzles located through Gruntilda’s Lair. Throughout all of these worlds, the player collects musical notes to open up arbitrary note doors placed around the lair. These note doors act as a divider between the worlds in the game, giving the player incentive to explore each of these worlds fully and collect all the notes and jigsaw pieces placed throughout. 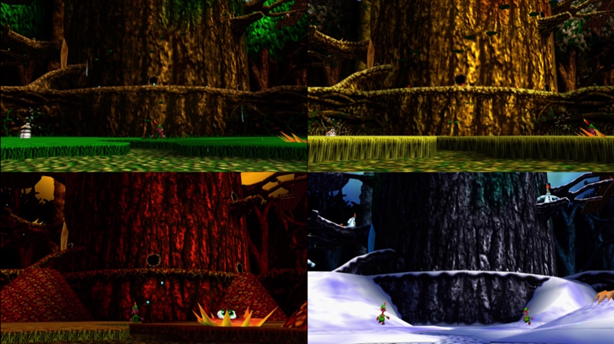 Banjo-Kazooie’s original soundtrack really showed the potential for captivating, orchestral video game scores, to the point where it’s still in my playlist to this day. Utilising different instrumentation and sound effects to accentuate each level in the game, Banjo-Kazooie stood out amongst a library of Nintendo games with passable musical accompaniment, all thanks to veteran video game composer Grant Kirkhope. Not only providing the musical scores to Banjo-Kazooie, Banjo-Tooie, Golden Eye 007, Perfect Dark and Donkey Kong 64, Kirkhope also voiced Mumbo Jumbo and the Jinjos in Banjo-Kazooie and Banjo-Tooie, as well as Donkey Kong in Donkey Kong 64. Banjo-Kazooie’s sound design is also delightful, with beautiful marimbas accenting each time you pick up a note, buzzing from health-replenishing honeycomb hives, piccolo trill from each feather and various monster noises.

The titular bear-and-bird duo are out to rescue Banjo’s little sister Tooty and defeat the evil Gruntilda Winkybunion (yes, that is her name). Super simple. Running around as these two is a really enjoyable time, with a slew of different moves and combos and razor-sharp handling in platforming sections (if a little slippery on the wrong terrain). Banjo attacks with a slew of melee swipes and rolls, while Kazooie is used for jump based attacks, long ranged attacks and secondary melee attacks such as the Beak Barge (a headbutt with her beak to break large rocks). Combat is fun, for the most part, but it can drag a little when you’re doing the same section over and over because a creature accidentally grazes your Titanic-sized hitbox, or you forget that certain types of water hurt you. There’s so much to remember with each level’s environment and terrain that the game becomes more like muscle memory after a while, especially when it comes to steering Banjo across slippery ice, or swimming through non-poisonous or freezing water. Throughout each world Banjo has a plethora of items he needs to collect. Notes and Jiggies are not the only collectibles in this game, however: Banjo and Kazooie also collect blue eggs (ammunition), red feathers (flying), gold feathers (temporary invincibility), Mumbo Tokens (which can be redeemed with Mumbo for a transformation), hollow honeycombs (collecting six gives you one extra hit point) and golden statues of Banjo (an extra life). 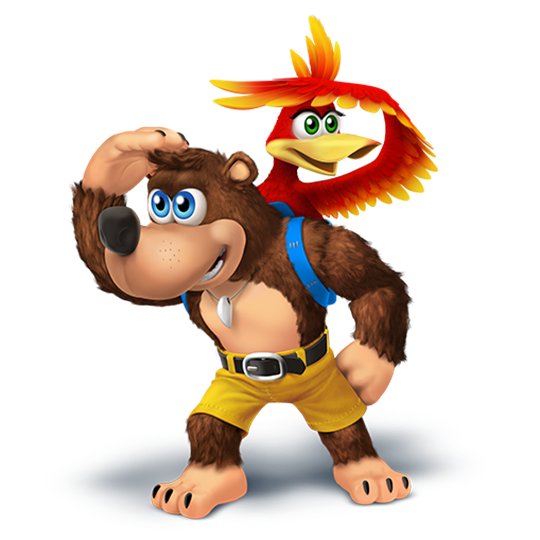 Let’s talk about the main villain Gruntilda for a moment. On paper, her motivation is quite simple: to be the fairest maiden in all the land. Unfortunately for her, that mantle belongs to the aforementioned Tooty (at least, according to her cauldron), who she abducts with the intention of siphoning her beauty for herself. This witch is deserving of the “most consistently annoying villain of all time” award. While you are traversing her lair, out-of-the-blue she will start squawking some Dr. Seuss-level rhyming trash talk at the player, none of which is useful and all of which will cause the player to have an aneurysm. If that’s not annoying enough already, her laugh is genuinely excruciating to listen to.

When you fight Gruntilda in the game’s penultimate battle — a quiz show called Grunty’s Furnace Fun that’s held over lava — half the questions you are asked are personal questions about her that you wouldn’t know the answers to if you didn’t find her sister Brentilda hiding throughout her Lair. The final battle is also thumb-blisteringly difficult, with four separate phases, each requiring split-second timing and accuracy, and a masterful knowledge of every skill you’ve picked up throughout the game. Her character design is reminiscent of a stereotypical witch, warts and all, which is why I wasn’t all that fussed when I quit or died during these fights; Grunty would successfully steal Tooty’s good looks and transform into my first-ever video game crush, temporarily removing that butt-ugly visage from existence. 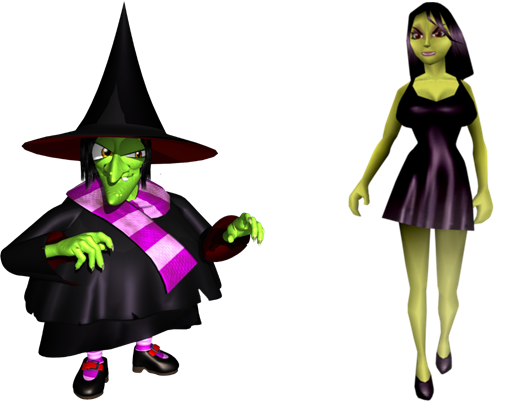 When you first start the game and watch the most concise expository cutscene to a game ever, you are greeted by Bottles the Short-Sighted Mole, who teaches you all the moves and skills you’re gonna need throughout the game. His molehill appears throughout the worlds you visit, each with a new and interesting moveset. The game’s real revolution, however, is the fact that players can skip Bottles’ tutorial, essentially cutting 20 repetitive minutes of gameplay that aren’t entirely necessary at this point in time. This is a great thing, as the character noises have not aged well over the years and will almost-certainly cause severe mental damage if listened to on repeat for long periods of time.

In each world you visit, you actively look forward to getting advice and learning from Bottles for two main reasons: he not only teaches you cool new moves, but if you’re low on health, he’ll replenish it for you. Everything from learning to fly, to invincibility feather shield, learning new moves is always a good — and immensely convenient — time.

If you haven’t picked it up from this article yet, I love Banjo-Kazooie; I did back then, and I still do now. It teaches kids the fundamentals of platform and adventure games, knowledge that can be ported over to more recent titles, like Yooka-Laylee or more mature games such as NieR: Automata and The Witcher III (well, for me at least). It has aged in some mechanics, but can you blame a fifth-generation console game that is otherwise better than most indie platformers of today? It doesn’t talk down to the player and is a hell of a lot of fun, and that’s what a video game should be.