Doublejump Reviews Cadence of Hyrule – Crypt of the NecroDancer

A fresh take on a classic franchise

I haven’t been the longest-serving Legend of Zelda fan. I only took my first steps into Hyrule on my Nintendo Switch with Breath of the Wild, but as I played through that masterpiece I regretted not immersing myself into Link and Zelda’s story sooner. It would seem only natural, then, that the release of Cadence of Hyrule – Crypt of the NecroDancer on the Nintendo Switch greatly piqued my curiosity… and I’m very glad that it did.

Prior to hearing about this game, I was unfamiliar with the Crypt of the NecroDancer series beyond understanding the basic mechanics: the game follows a typical Rogue-like dungeon-crawler style but twists the concept by requiring the player (and all in-game creatures) to move strictly to the background music when hacking their way through monsters, solving puzzles and collecting loot. I’ve always been a fan of puzzle games and enjoyed my fair share of Guitar Hero in days gone by, so I thought that Cadence of Hyrule would be a familiar place to approach the Zelda series. 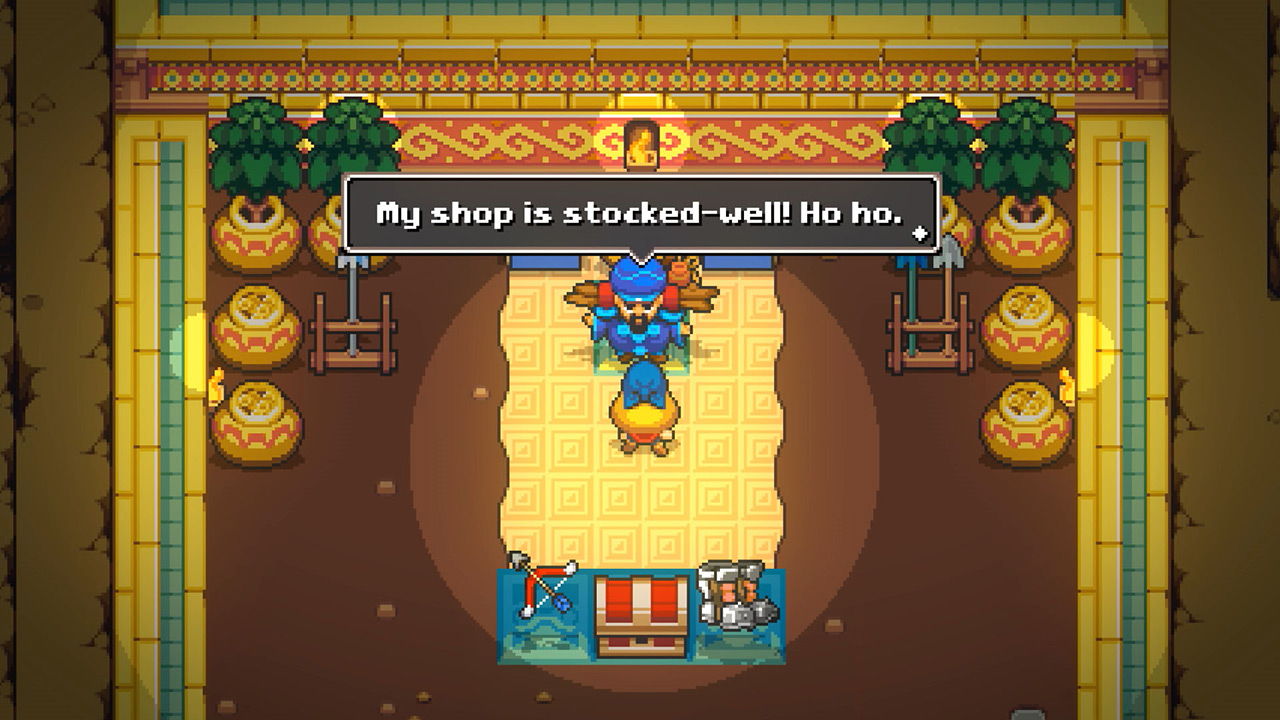 The game opens with an 8-bit, remixed version of Ocarina of Time’s title screen music. It sends a clear message to the player that this game is going to feature an extremely rousing, almost refreshing soundtrack full of The Legend of Zelda songs, and Brace Yourself Games delivers on this promise. In fact, there were more than a few occasions where I found myself compelled to stop my run just to sit there and revel in the music.

It really is the music that makes this game as special as it is. As with many – if not all – retro-style 2D games where graphics are lacking, the gripping soundtrack adds the most prominent layer of immersion and engagement, creating an environment that simply can’t be achieved through visuals alone. This comes in stark contrast to more modern-styled games such as Breath of the Wild, whose high-quality, somewhat-realistic graphics create such an environment that it only needs a mellow, ambient soundtrack to enhance the player’s experience.

From there, we meet Crypt of the NecroDancer protagonist – and this game’s title character – Cadence and run through a brief tutorial to bring us up to speed with the game’s basic mechanics. While I did find the tutorial particularly useful, I also appreciated the fact that I learned so much more about the game simply by playing it rather than being stuck in a long, arduous introductory stage.

Most of Cadence of Hyrule’s character control (simply moving and attacking) is tied to the one input, a simple and effective control system if you’ll ever see one. Although you can choose between the left joystick or the D-Pad, I would highly recommend using the left Joy-Con’s D-Pad. The Pro Controller also works quite well, but its D-Pad is highly susceptible to incorrect inputs; that’s an issue that you can fix with a little D.I.Y, but it’s still something that you should consider before you dive into the game. 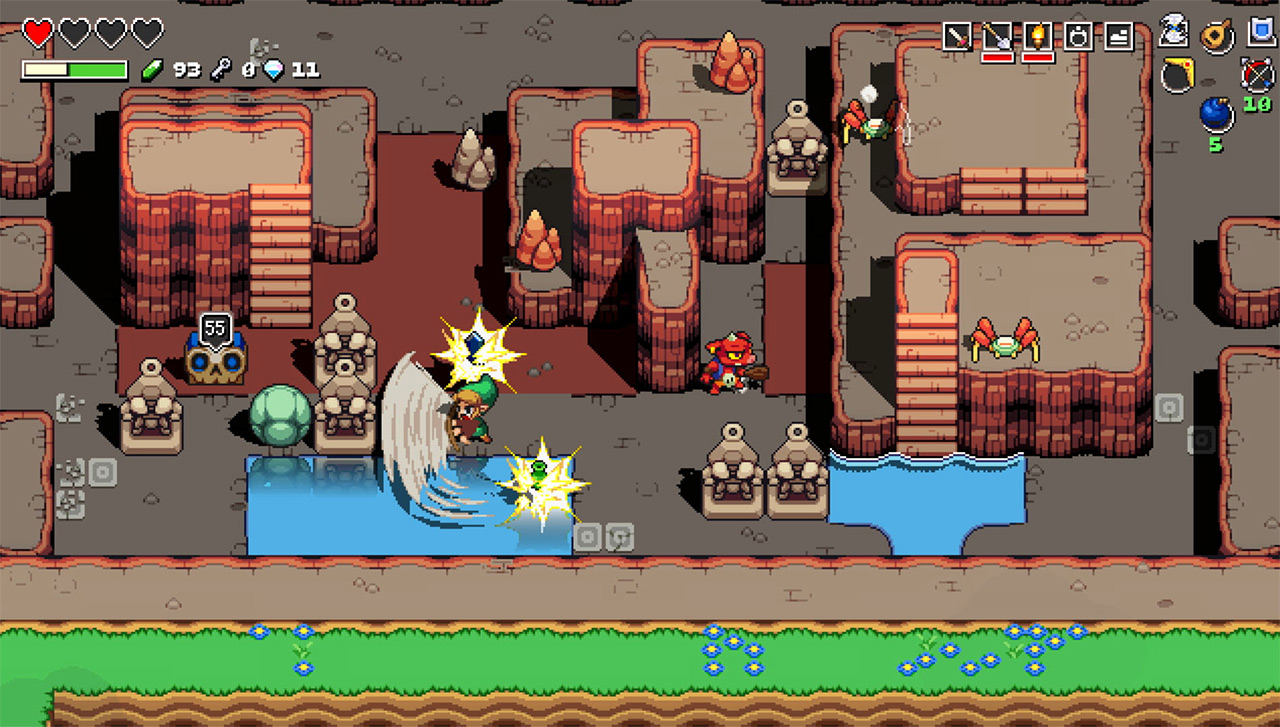 Once you’re comfortable controlling the characters, the game lets you start incorporating more actions and moves using the rest of the controller. You’ll pretty quickly learn how to fire arrows, drop bombs, and use your Link’s shield/Zelda’s magic, depending on which character you’re using. Although the standard movement controls are very easy to master, these additional elements are where the game’s real difficulty arose.

The gameplay also echoes this “easy to learn, hard to master” mentality; it’s simple enough to grasp the concept of moving to the rhythm of the background music, hack-and-slash your way through enemies, and find secret rewards, but the game quickly increases in complexity mainly with the addition of tougher (and simply more) monsters and harder puzzles as the map expands.

It goes without saying that – especially during your first few playthroughs – you will die, and you will do it multiple times. There are no ifs, buts or maybes to be considered; this game is not designed to be an easy ride the whole way through. Thankfully, though, the game employs a system where the player is rewarded diamonds both for clearing screens of enemies, and for exploring the caves of the underground. You won’t lose those diamonds when you die (unlike many of your coins and tools), and you can spend them on helpful items before the game revives you. Sure, most of these items are pretty common in the game itself, but it can still be handy to begin the life with an extra heart or torch, for example. 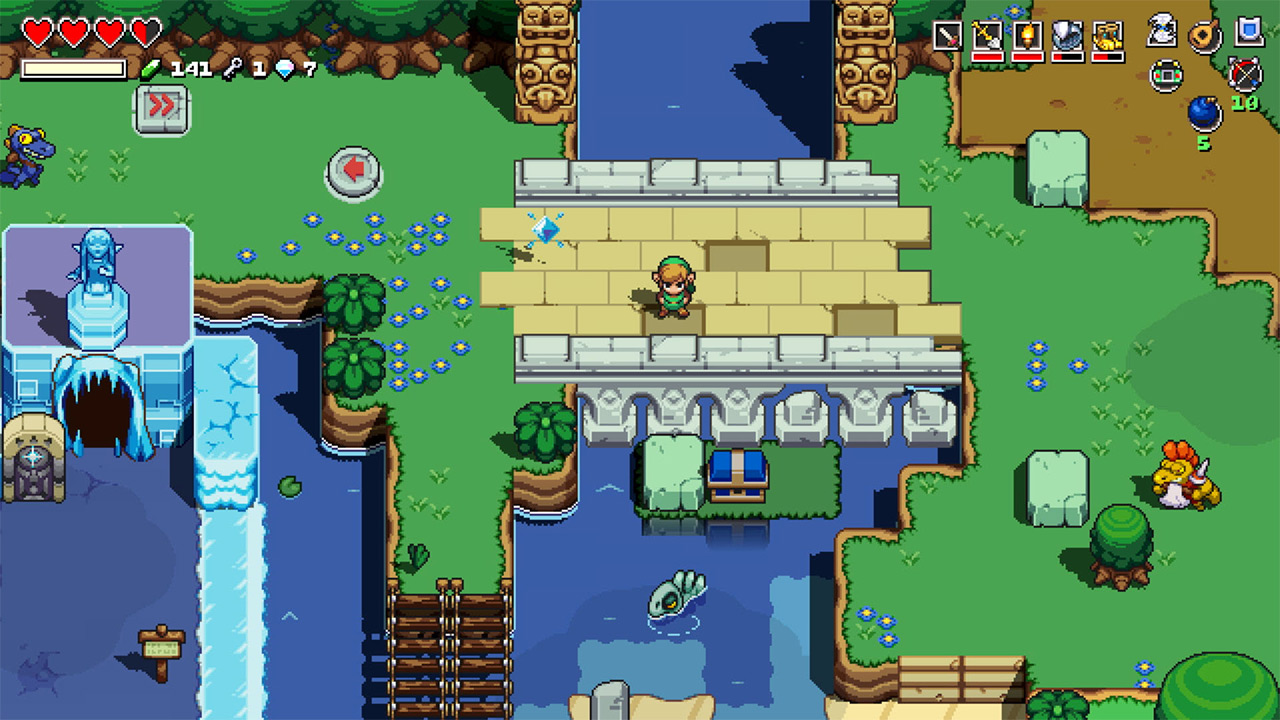 As is the staple of Rogue-like dungeon crawlers, the ever-changing landscape and environment plays a significant part in making Cadence of Hyrule so replayable. Every time you respawn or start a new game, the game generates whole new dungeons and rearranges the map ever-so-slightly. Although the game’s key elements remain the same, this random generation makes not only every playthrough, but every life, feel like a brand-new challenge.

That being said, the map is quite small compared to some other dungeon crawler games, perhaps most notably the number of Mystery Dungeon games based on franchises such as Final Fantasy, Dragon Quest and Pokemon. It is easy to draw parallels between these games and Cadence of Hyrule: both styles of game keep a core storyline and theme with randomised dungeons and areas to explore, but the Mystery Dungeon games simply have much more content in them that allows for a longer, deeper storyline. That’s not to say Cadence of Hyrule’s (comparatively) short storyline is a bad thing – in fact, it works especially well in the speedrunning community, or as a game that can be played in short bursts – just don’t go into this game expecting a lengthy, extensive storyline which has grown to be almost expected in a Legend of Zelda title today. 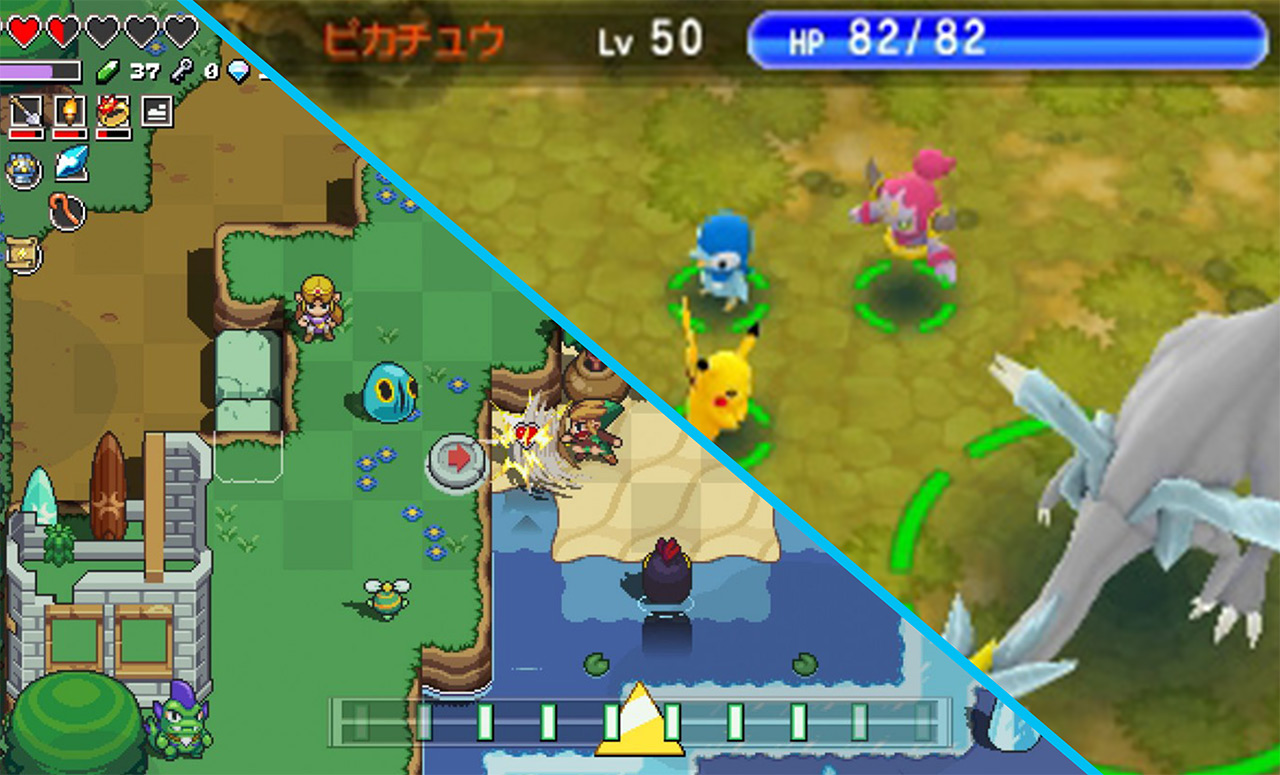 Image caption: Although the gameplay elements are by-and-large quite similar, don’t expect to be playing Cadence of Hyrule for as long as you may have played similar Mystery Dungeon titles.

Overall, Cadence of Hyrule: Crypt of the NecroDancer is a fantastic addition to both the Legend of Zelda and Crypt of the NecroDancer franchises. The simplistic gameplay is easy to grasp, but quickly ramps up to a challenging yet not disheartening level of difficulty. The storyline is short but sweet, and should typically take only a few hours to complete on your first few playthroughs. Considering that it’s based on one of Nintendo’s best-loved franchises, the AU$30 price point is fair, and it’s well worth the investment.

Cadence of Hyrule – Crypt of  the NecroDancer is beautifully presented, fun to play, and comes with an outstanding soundtrack, making it a great game – especially at the price point – but there are a couple of minor issues that hold it back from perfection.