Creep creep while I beep beep

No Code isn’t shy about its inspirations for creating Observation. You’ll find a lot of 2001: A Space Odyssey and Alien when making your way through the game’s linear campaign. The former’s sterile-yet-tense atmosphere and mysterious monolith MacGuffin combined with the latter’s retro-futuristic aesthetic and sense of dread make for a novel, if predictable, science-fiction adventure experience.

While players may be used to countless films and other works emulating these two landmark films, the fact that the game’s story is told from the perspective of the Observation vessel’s artificial intelligence makes it stand out. Following a mysterious event that left the ship in shambles, Dr. Emma Fisher has rebooted System Administration Maintenance (S.A.M.) in an effort to find out exactly what has happened, where the rest of her crew has gone, and how to make her way back home to Earth. Along the way, a mysterious monolith shows up and starts messing with S.A.M., and Observation and her crew are caught in some sort of twisted experiment by a precursor race that may or may not have created the monolith.

Make no bones about it, Observation is a modern point-and-click adventure game through and through. It relies quite heavily on the player remaining patient to trudge the early parts of its narrative while it sets up Dr. Fisher’s dire predicament, her crew members’ status, and the S.A.M.’s reliability. While I initially did struggle with the game’s puzzles and hidden object mechanic, I was enamoured by the limited actions that I could take when navigating the ship as S.A.M.

The game really did make me feel like an AI struggling to analyse the situation at hand, and I felt genuinely stressed when entering new areas that seemed ripe for a jump scare. No Code managed to stay restrained in this regard, and Observation very much benefits from that restraint. The only times I lost immersion were when Dr. Fisher or S.A.M. would repeat the same lines of dialogue when clicking through different options and when I would float right up to Dr. Fisher’s dead eyes while controlling a mechanical sphere. 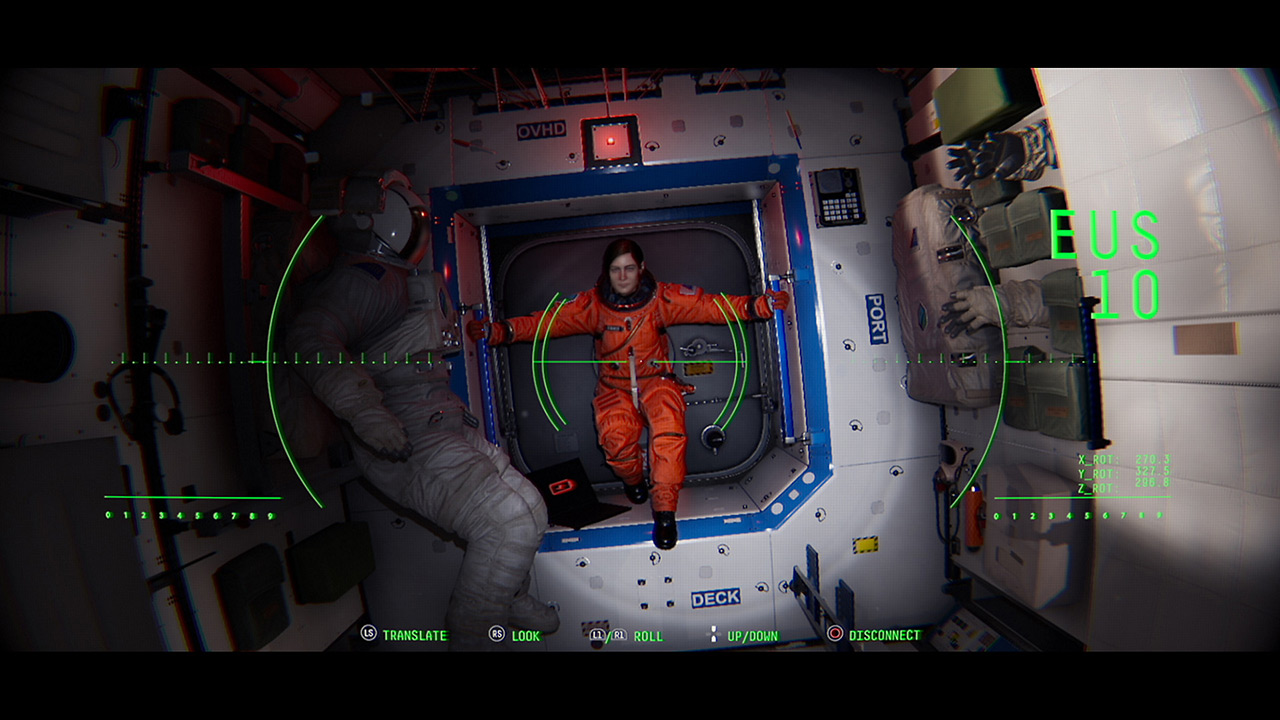 Aesthetically speaking, Observation is a joy to look at – especially for someone like me who grew up in the VHS era. The game’s art style resembles that of the original Alien film, as its retro-futuristic lettering and film grain effect evoke a sense of nostalgia for times when special effects were practical instead of being purely computer-generated. It also makes the game’s 2026 setting seem believable because the technology is very similar to what you would find on the International Space Station (including the abundance of ThinkPad-like notebooks).

Not everything is ideal, though, because Dr. Fisher’s animations seemed very robotic (pardon the pun) and her facial movements in particular looked very unconvincing. Sure, No Code went to great efforts to simulate movement in a zero-gravity environment, but it doesn’t appear to have applied the same amount of polish when animating Dr. Fisher’s mouth and face.

Observation is a tense adventure game that requires a lot of patience to truly enjoy. It’s not unique by any means, but No Code has combined its inspirations to create a narrative shrouded in suspense and suspicion. The Scottish developer is definitely evoking a past era of science-fiction, but it does so with great respect to those works’ legacy and the player’s intelligence.

Those looking for action should instead look to games like Alien: Isolation and the Amnesia series, but patient players may well find themselves gripped by Observation’s tense atmosphere and science-fiction narrative.