Is it really “just cosmetic”?

Nobody likes loot boxes. Nobody likes having to spin for ages opening crates or packs in the hopes of gaining a competitive edge. This isn’t a new sentiment, either: in the past year alone, gamers have spoken out in their droves against microtransactions and pay-to-win practices in EA’s Star Wars Battlefront II, Activision’s Call of Duty Black Ops 4 and Bethesda’s Fallout 76. Although some may consider apologies from EA and Bethesda for “not getting it right” as proof that developers are capable of change, it’s easy to wonder whether this is a sincere commitment or whether it simply serves as an incentive for them to try a different aggressive monetization strategy, simply preying on something other than a competitive advantage.

With that in mind, it would appear that developers have turned their focus to encouraging gamers to spend money on in-game purchases by tying them to cosmetics and social status. More than half of gamers would disagree with that, arguing that there is nothing wrong with these forms of in-game purchases, but that relaxed attitude towards aggressive monetization is what enables developers to continue trying it. In order to understand how this is possible, it’s important to understand a little bit of social psychology — namely, the concept of social proof, which refers to individuals’ tendency to view certain behaviours as being more correct if they see more people engaging in them. The best way for a game developer to employ this concept is to make sure that other players see how much others spend. A prime example here is Fortnite, which has a community centred around characters skins to the point where children get bullied if they don’t spend.

From a purely financial standpoint, businesses want to capitalise on this. Being “default” is seen as an incorrect behaviour; if all your friends are rocking the newest legendary skin and you’re stuck in the game’s drab default gear, then psychologically, you feel like you’re doing something wrong — whether it’s lacking in skill, commitment, enjoyment or otherwise. Plenty of YouTube compilations reinforce this narrative too, reprimanding and chastising those who stay “default”. The desire to fit in, conform and be validated by their peers places gamers (especially younger ones) in a tough position where they feel the need to rapidly acquire new skins in order to justify themselves as “real gamers” to others, and it’s that tough position that leads to the never-ending cycle of in-game purchases. 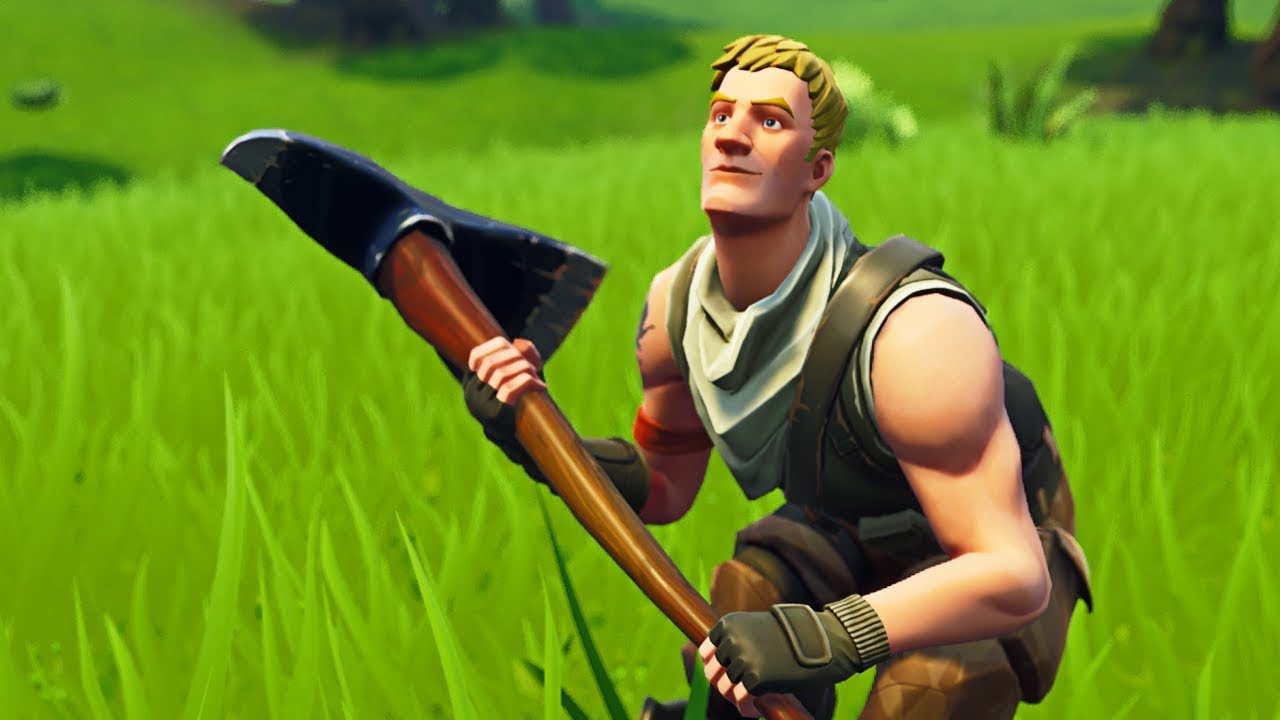 In Fortnite’s case, it’s the community itself that has dictated and reinforced microtransactions as the “correct” behaviour, but developers can occasionally — and have, quite recently — play their part. Although his comments may have been a misguided, poorly executed attempt at humour, Respawn Entertainment’s Drew McCoy recently came under fire for calling Apex Legends players who weren’t happy with the developer’s aggressive monetisation of its Iron Crown event “freeloaders” and “asshats”, suggesting (albeit subconsciously) that the developer’s desired player behaviour involves spending money on its free-to-play game.

McCoy’s comments are another form of social proof, one where it’s an authority figure of sorts dictating the correct response rather than the community itself. The backlash that McCoy suffered as a result of his comments, however, does suggest that developers don’t have enough weight in the gaming community to be able to tell their audience the right and wrong ways to engage with their games; unfortunately, that is a rare exception to the concept of social proof rather than the rule.

Pay-to-win microtransactions aside, 2K Games’ advertising campaign for NBA 2K20 highlights another aspect of social proof by using influencers as an “authority figure.” The MyTEAM trailer that the company released in August, shortly before the game’s release, used several popular NBA 2K content creators to showed off several aspects of the microtransaction-heavy game mode, indicating that the “correct” way to play NBA 2K20 involved buying card packs, playing a roulette wheel and spinning slot machines. Those likely-paid influencers had a very simple role: promoting the obsessive grind and likely money-sucking approach to engaging those casino-esque elements to their fans as the right way to interact with MyTEAM (and NBA 2K20 as a whole).

Of course, most people can see through the fake — or, at the very least, embellished — reactions featured in the trailer, but younger players are less likely to pick up the subtle cues and are therefore more susceptible to this form of manipulation via social proof. In fact, many of the tactics that trailer highlights appear to prey on those who crave attention and status; a group that typically includes the younger crowd. It is therefore imperative that these tactics get called out when it’s necessary, and with a little more conviction and responsibility than the PEGI rating board’s handling of NBA 2K20’s flagrant casino mechanics. 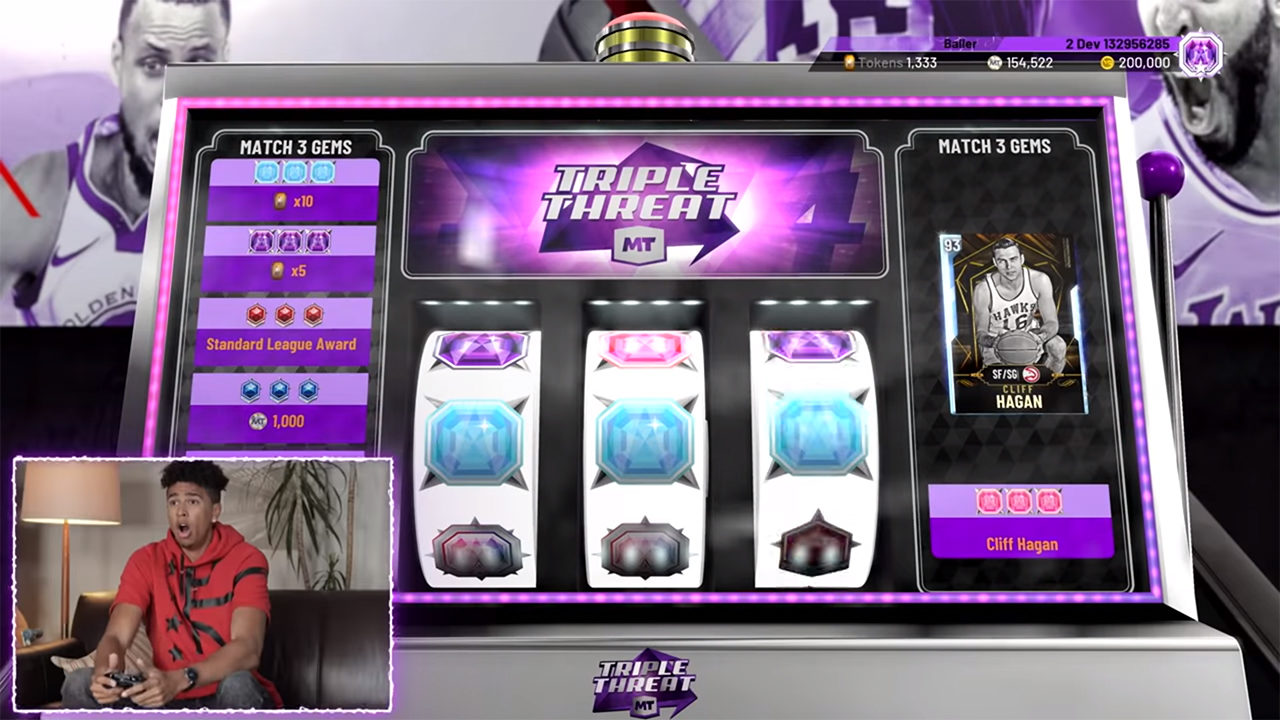 The “correct” way to play NBA 2K20, as reinforced by YouTuber LSK.

Upon closer inspection, however, the industry’s pursuit of money becomes more and more insidious. Activision and Beenox recently added microtransactions to Crash Team Racing: Nitro Fueled in the form of Wumpa Coins, while EA made it very clear that it didn’t plan to lock any of the cosmetic items available in FIFA 20’s VOLTA Football game mode behind microtransactions…  “At launch.” Although the main reason to forego microtransactions early in a game’s life cycle appears to be to avoid any negative feedback, I propose that there is an ulterior motive: offering the game’s cosmetic options for free encourages players to get in on the grind for the coolest items, and then makes the option to pay for those items available when the grind has become a little too much for some of those players.

These in-game offerings may be largely cosmetic these days as games move away from offering paid competitive advantages, but they abuse our basic human need for recognition in order to manipulate those who want to stand out amongst their friends; players’ social circles or their favourite influencers dictate that having the best cosmetic add-ons is the right way to play, and they either grind relentlessly or open their wallets in order to conform. 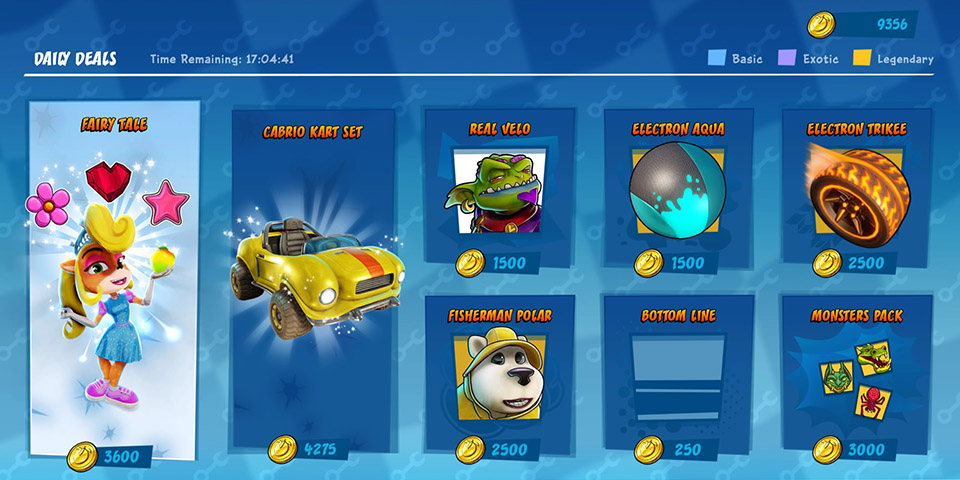 Ultimately, as strongly as microtransactions are performing at the moment, it’s plain to see that gamers are getting increasingly frustrated with the pay-to-win aspects of their favourite games to the point where I can see a future in which developers struggle to see the financial benefit of offering them. Given the backlash and negative PR surrounding the pay-to-win microtransactions compared to the cosmetic ones, it’s easy to see more and more developers in more and more genres going down the cosmetic route, capitalising on gamers’ desire to achieve higher status in their peer groups and, of course, ramping up the online interaction to make that happen.

That isn’t such a bold prediction considering that we are already seeing games such as Anthem, Apex Legends, Borderlands 3, Crash Team Racing: Nitro Fueled, FIFA 20, Monster Hunter World, Need for Speed and Overwatch offering paid cosmetic enhancements while also pushing their titles’ online experiences. This reflects a dangerous change in attitude amongst game developers — EA CEO Andrew Wilson has been quoted as predicting that more gamers will come together online to “consume content and fuel relationships” — and one that consumers need to be very mindful of; if social psychology and the social proof theory has taught us anything, it’s that this attitude will lead to an increase in recurrent spending.

Despite how it may look, the recent rise in social gaming experiences and the decline in pay-to-win microtransactions is not happening because developers are learning from their mistakes, and it’s not because they view video games as a medium for genuine human connection; it’s because it represents the next phase in their money-grabbing endeavours. That doesn’t matter anyway, because after all, “it’s only cosmetic…”

[…] discussed the worrying consequences of cosmetic […]