Stela’s opening sequence captures the game’s atmosphere perfectly: it’s mysterious and creepy with a hint of foreboding that made me want to explore the rest of the story. Unfortunately, while SkyBox Labs’ latest effort does maintain this atmosphere throughout its playtime, the rest of the game struggles to keep up. 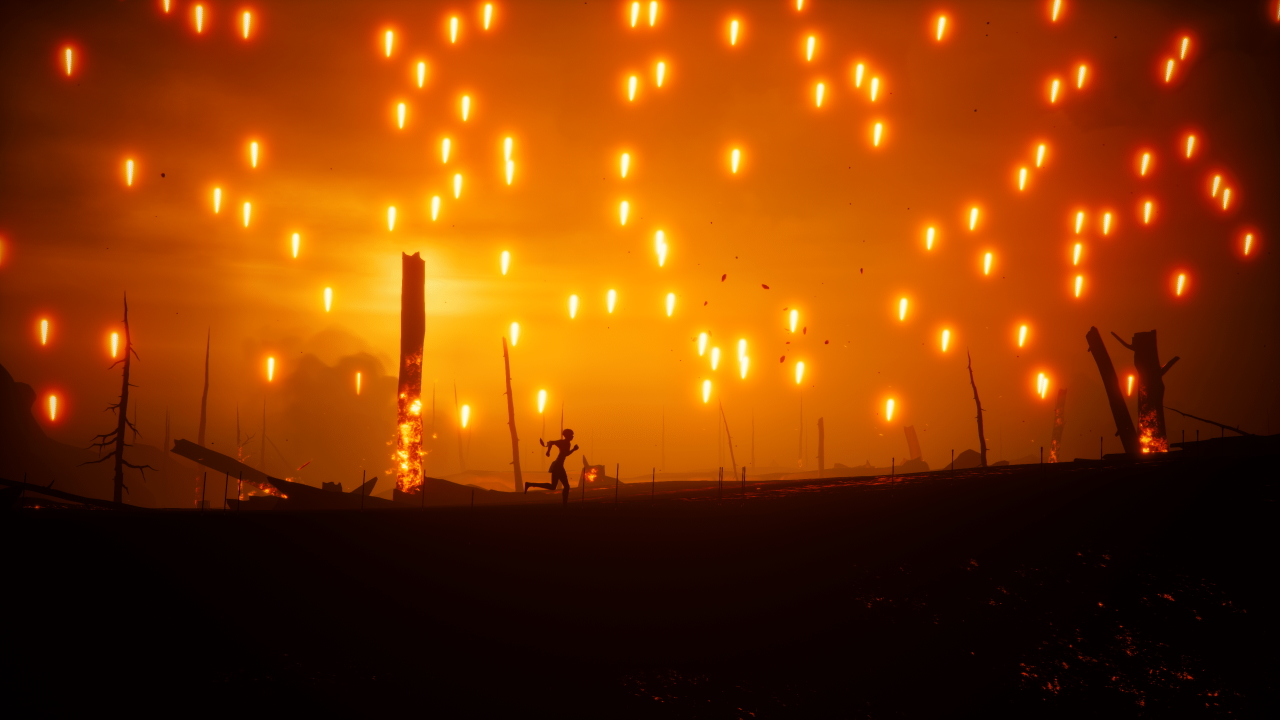 The story follows a young woman’s journey through the remnants of a strange world… I know that because the game’s description told me. The game itself spends precious little time explaining its backstory – who this young woman is, how she got here, and what happened to the place she’s now exploring, is all left extremely vague, almost to the point of asking the player to come up with their own explanation.

Don’t get me wrong, mystery in a video game is fine, but I found that Stela went far beyond mystery and into the realm of pure confusion. The first half of the game is fine, as I was interested in the strange creatures that roamed the land and the mystic-looking runes that showed up in certain areas, but Stela never answered any of the questions that it raised, choosing instead to pile more questions on; simply put, despite the game’s beautiful atmosphere and its short length, I found myself getting exhausted of the mystery and frustrated with the lack of resolution. 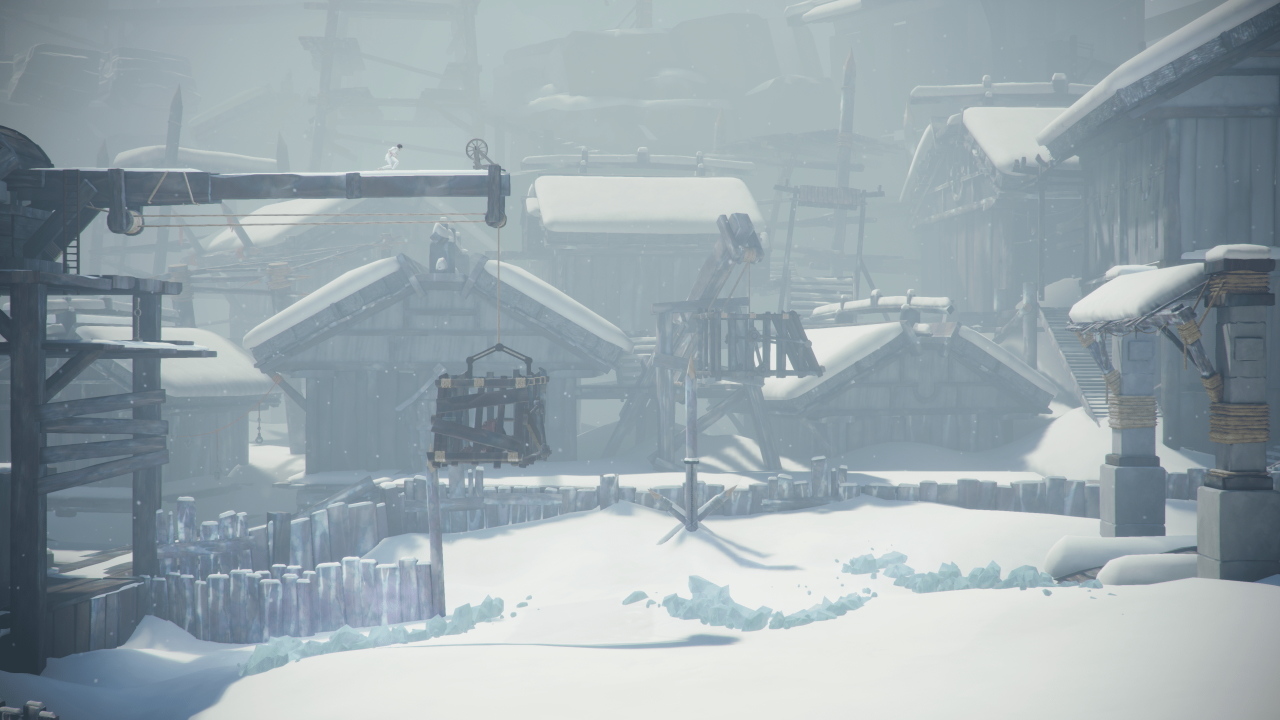 SkyBox Labs has consciously kept Stela quite simple outside of its story, with its gameplay comprised of little more than moving left or right, jumping, and interacting with objects in the environment in very rudimental ways. It relies heavily on trial and error, and death is a common occurrence – though checkpoints are frequent enough that that isn’t a major concern. The gameplay is actually quite limited, but it doesn’t serve to actively challenge the player; instead, it’s there more to highlight the game’s sombre atmosphere.

That atmosphere is where Stela really shines. Its many environments – ranging from a dead forest to icy mountains – feel distinct enough while also maintaining the same sense of unease and dread present throughout the game. Each area also brings with it a new mechanic, and although these mechanics don’t really alter the gameplay in any massive ways, they do more than enough to keep each area distinct. The forest, for instance, has you hiding from these weird humanoid creatures, while the snowy areas see you trying to figure out how to create enough sound to force the creatures buried in the snow to flee.

One gripe I did have with the gameplay was with the inconsistency of certain aspects. Sometimes, objects that looked like they were purely environmental could actually be interacted with, and objects that looked like they should be interactive were just part of the environment. This isn’t helped by the fact that, occasionally, pressing the button to interact with objects simply wouldn’t do anything. That’s an issue that also extends to jumping, where the jump button would occasionally just not do anything. It’s a minor issue, for sure, but it became extremely frustrating when it started to happen repeatedly. 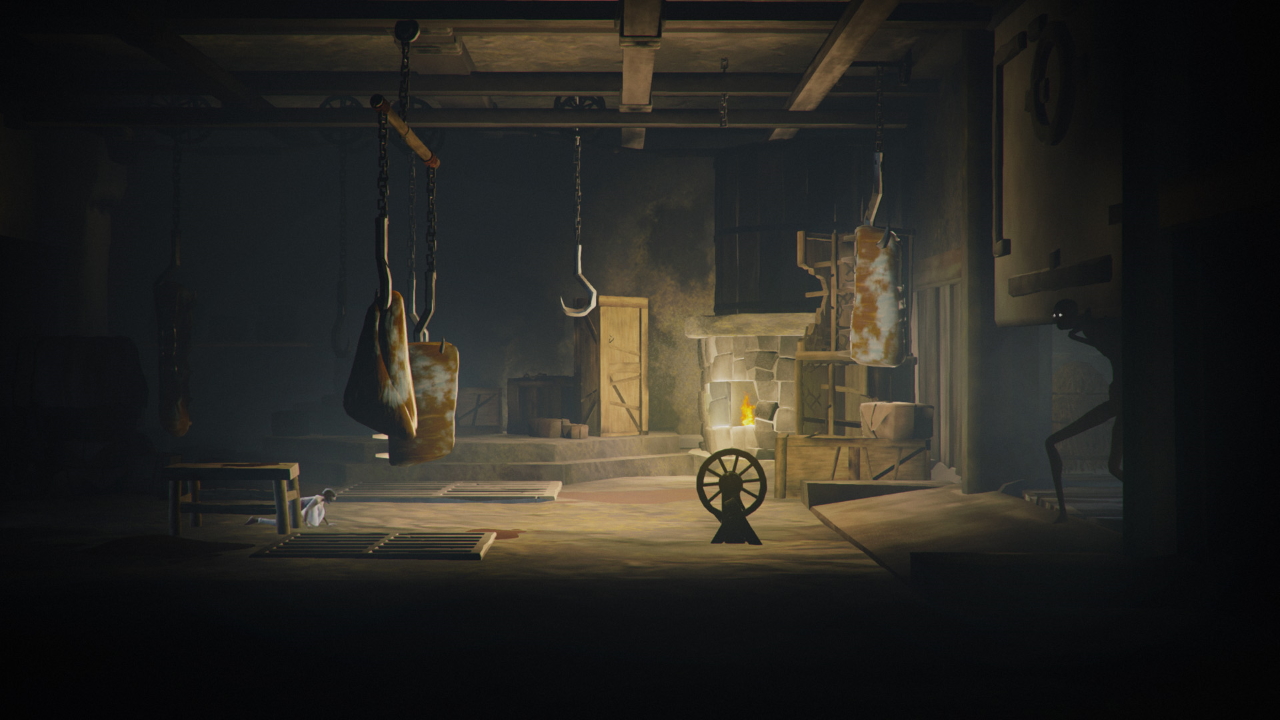 Overall, Stela is a game that I recommend very cautiously. It’s got a wonderful atmosphere and its story does present some interesting ideas, but it also had so much more potential than it ended up living up to. If you’re looking for an interesting, strange world with a real sense of dread, then Stela’s got you covered; unfortunately, though, it doesn’t provide much more.

Stela has an amazing sense of atmosphere, but it doesn’t do enough with that atmosphere. With its light gameplay and lack of a compelling narrative, Stela feels like a mixture of good ideas that never really reach their full potential.