SoundSelf review — Oh No, I Tripped

SoundSelf was an interesting one to roll across my desk. It’s not quite a video game: its title and title screen describe it as a “technodelic”, which is honestly not too far off the mark.

SoundSelf is a very unique experience: after choosing the duration of your experience and clicking “start”, you’ll find yourself standing under a tall, tall tree and looking upwards. A disembodied voice will ask you to relax, to start breathing and sighing deeply, and then it’ll ask you to start humming on your exhales — the game does require a microphone to pick those sounds up and reflect them back at you. You’ll move further and further upwards with each inhale between hums, and the world will morph and shift into abstraction around you, with swirling bars, manic fractals and strobing lights (the latter of which can be disabled, if necessary).

The soundscape also changes and expands, depending on the sounds you make as you play, which makes every experience unique to you and the performance that you give. After the allotted time period passes, the game will start to relax and that disembodied voice comes back, asking you to close your eyes and fall asleep. It’s important to note that this game does come with a warning: do not operate vehicles or any other heavy machinery for 30 minutes after your experience. 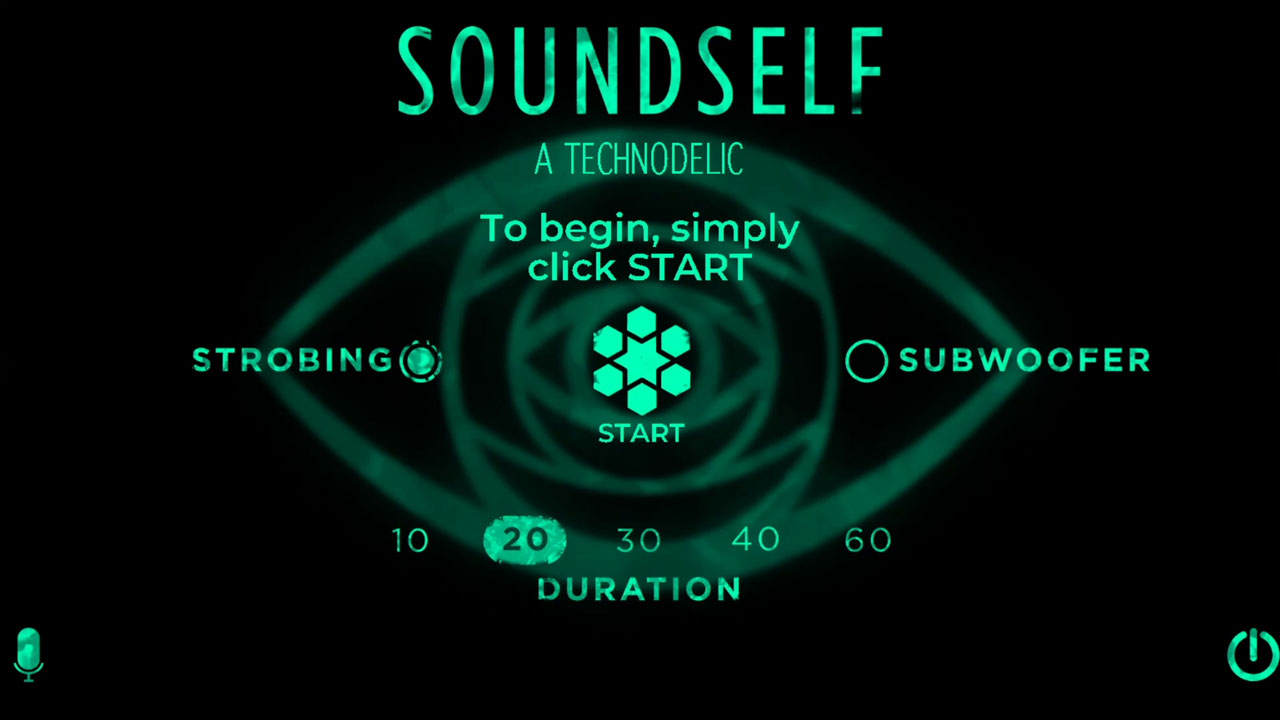 Given how different SoundSelf is to your typical video game, it’s also difficult to assess its “quality” like a typical game review. It certainly does what it says on the time, and it does it well: the visuals are suitably engaging and off the wall, and the fact that your movement through them matches how you’re humming or singing adds a sense of ownership and involvement to the experience. The sound melts together in a truly satisfying way as well, with layers upon layers building into something dramatic and meditative — not a traditional composition at all, but more akin to ambient sleep music. It’s not low in energy, it’s low on what sociologists would call “reification” — there’s no concrete meaning or sounds that you can discern, which I imagine is by developer Andromeda Entertainment’s very specific, very intentional design.

Despite all of the things SoundSelf does well, though, I’ve got to say… I absolutely hated it.

It’s rare to find an experience this polarising, but I was unable to engage with SoundSelf at all, and found the whole thing a little annoying. SoundSelf tries very hard to capture all the right elements to create a trance-like state, which I very much do not enjoy being in. I imagine the hypnotic effect would be substantially magnified if I experienced it in virtual reality, instead of on a tiny computer monitor in the middle of a day, and that I’d feel comfortable enough to try and sleep-meditate my way to success if I wasn’t sitting on a cheap Ikea office chair. I also live with housemates, and perhaps I would feel a little less self-conscious about humming crazily to myself like a weird goblin if they weren’t around. 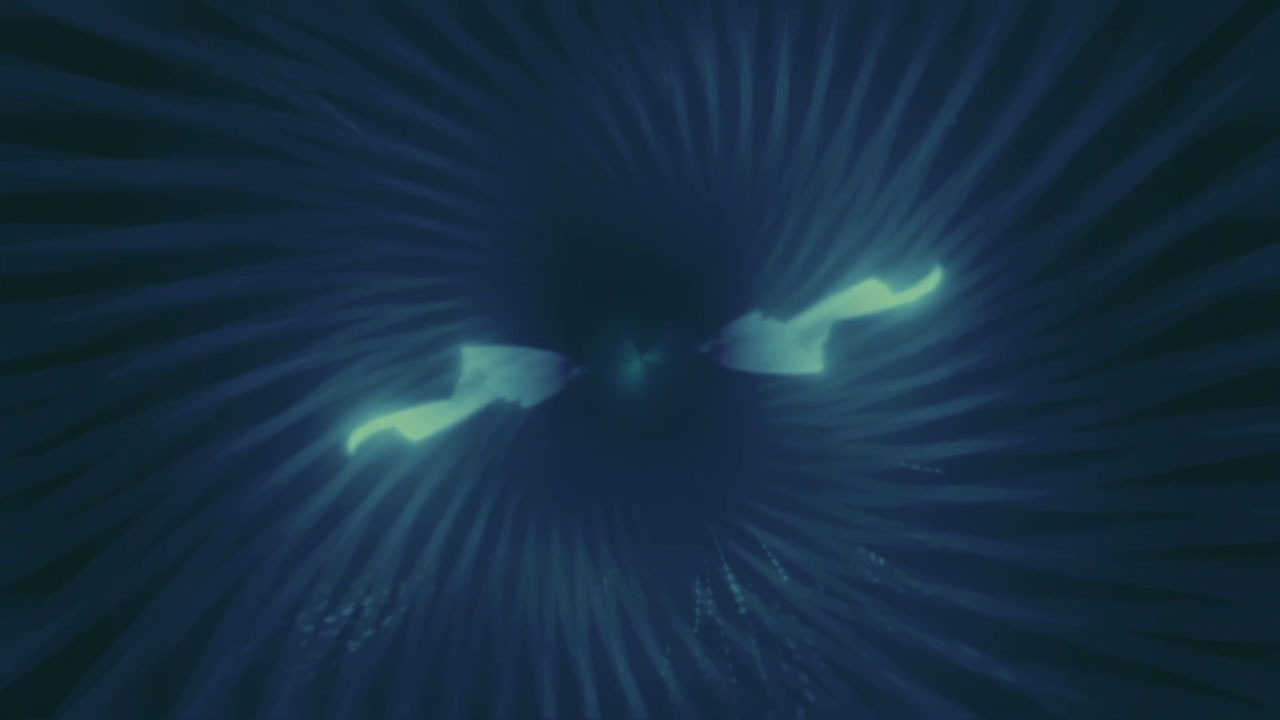 On the flipside, though, I did have one of said housemates try SoundSelf for themselves, and they loved it, describing the experience — which they had in exactly the same conditions I just described as sub-optimal — as “really, really cool.” They struggled to avoid passing directly out when the whole thing was over and asked if there was a way they could experience it in bed with mobile VR: sadly, and almost ridiculously given its nature, there’s not; SoundSelf is a PC/Mac-locked title requiring Steam VR, HTC Vive or Oculus hardware not currently available in Australia.

It’s definitely a title for the right kind of person in the right kind of conditions, so you should definitely keep that in mind when considering SoundSelf — it retails at a steep AU$40 on Steam, a price point that takes it out of the cool, one-off experiment territory and into a dedicated hypnosis-enthusiast realm. My housemate did also mention a couple of other conditions that contributed to their enjoyable experience, namely the fact that I have a fairly nice audio recording setup; they said they don’t know if they’d enjoy it quite as much with a standard headset. Apparently it’d be missing the “ASMR factor,” but again, that’s something I’m very not into. 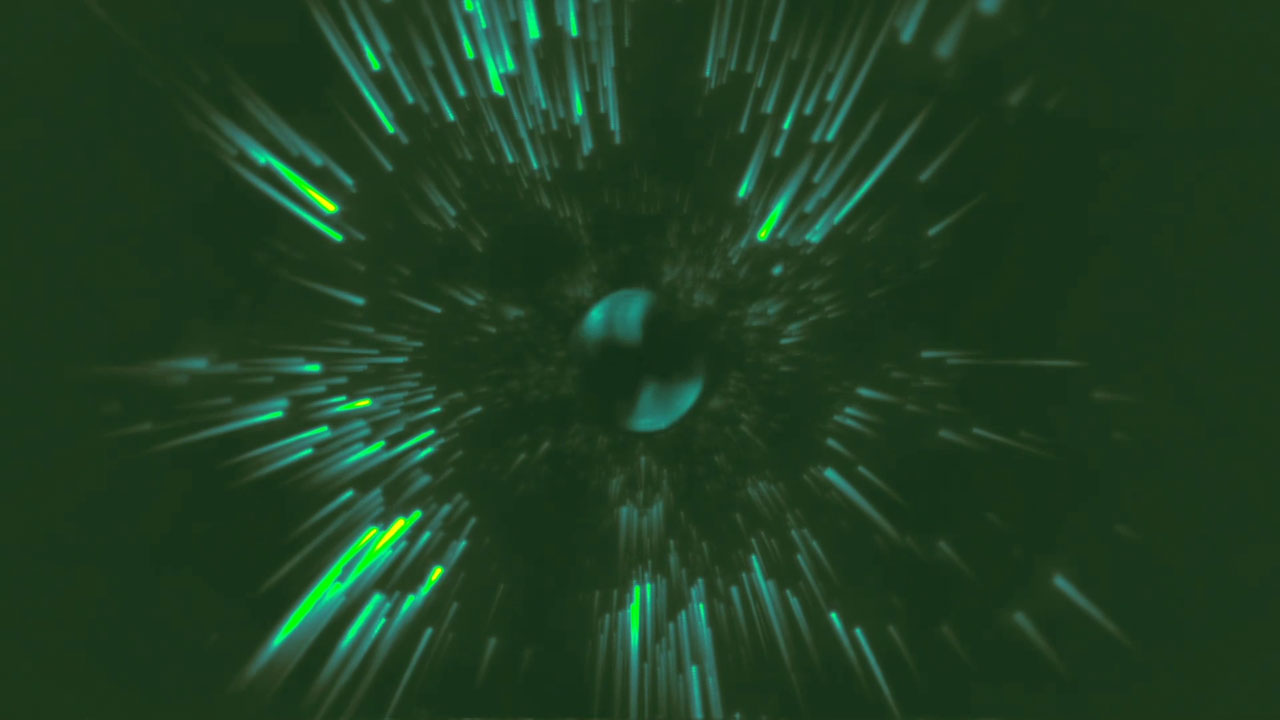 SoundSelf is a wild, wild ride through meditation and psychedelia — one that you’ll either love, crave and want to experience again and again, or one that will make you feel awkward and self-conscious. You should be able to tell which type you are, and if you’re in the former category then go knock yourself out (potentially literally) because SoundSelf seems to be very nicely constructed. Most likely better with a good mic, a comfy chair and a VR headset, though.

Ben reviewed SoundSelf: A Technodelic using a Steam key provided by its developer.