The “spiritual successor” to GoldenEye 007, Perfect Dark was perfect in its own right

Rare was the king of third-party developers in the 90s. From family-friendly 3D mascot platformer collect-a-thons to violent, dramatic first-person shooters, the British studio rarely put a foot wrong; every game it produced was fun because it put gameplay and the experience before enhanced, realistic graphics (for the time). GoldenEye 007, released in 1997, was (and still is) an absolute triumph in the first person shooter genre, with extensive first-person gameplay, deep missions with numerous objectives and a multiplayer mission that paved the way for series like Battlefield, Call of Duty and Halo so many years later. It wasn’t going to be an easy act to follow, but Rare was well and truly up to the challenge.

Released in 2000 and touted as GoldenEye 007’s “spiritual successor”, Perfect Dark came with enhanced, high-resolution polygons, more complex level designs and a more refined multiplayer experience that also included artificial intelligence. Perhaps more importantly, though, the new intellectual property allowed Rare to step out of the relative realism of the 007 universe and into a gritty, sci-fi action first-person shooter. Over the following months, Rare stopped at nothing to make Perfect Dark a household name, even developing and publishing a prequel for the Game Boy Color. Perfect Dark set the world on fire, receiving near-universal praise for story and production elements that were influenced by such contemporary works as Ghost in the Shell and The X-Files. The most intriguing – and polarising – of Perfect Dark’s features, however, was its protagonist, Joanna “Perfect” Dark. 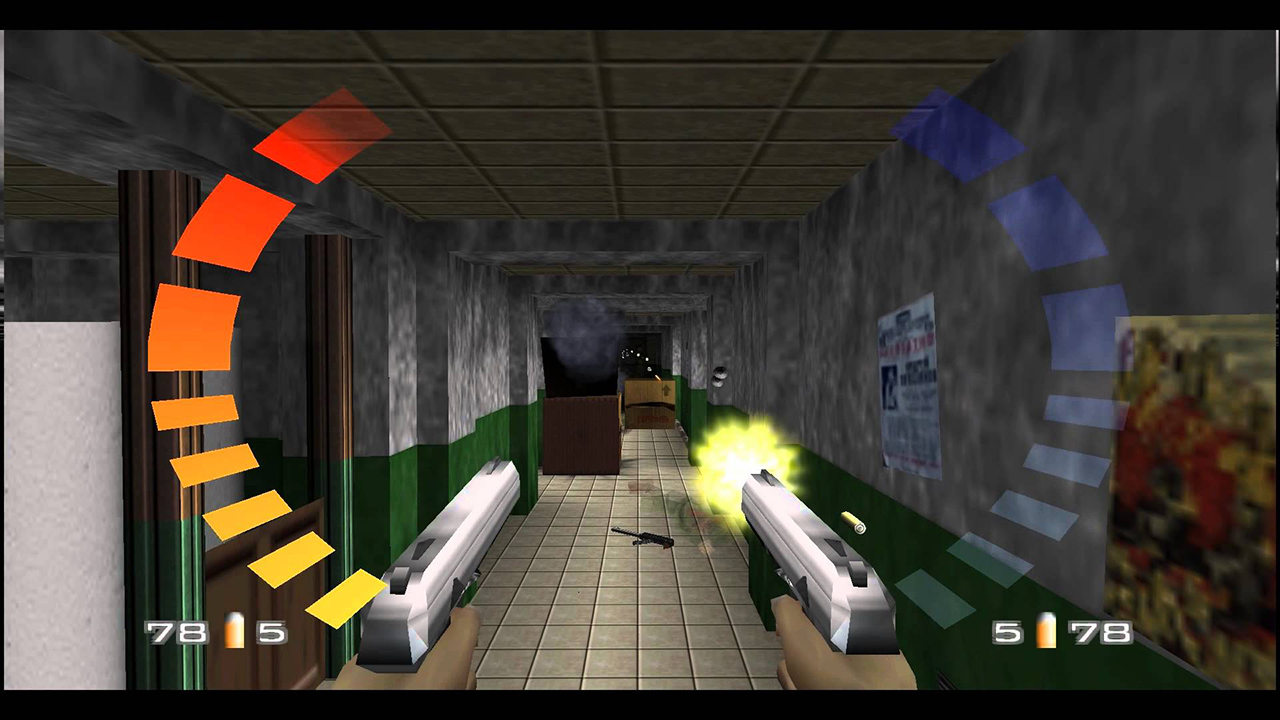 A precursor to so many of today’s multiplayer shooters, GoldenEye 007 also set the stage for Perfect Dark.

Having worked with the established James Bond, Rare looked to create a new female protagonist for Perfect Dark – a femme fatale in the vein of Ghost in the Shell’s Major, Marvel Comics’ Elektra and Luc Besson’s Nikita. Although hardware limitations reduced the intended strong, athletic model to a blocky mess that only a Nintendo 64 could render, Rare’s writers ensured that that didn’t matter by creating a character that players could relate to: a novice in the field with perfect test scores, a Han Solo-esque cocky attitude and plenty of sarcastic remarks for any occasion.

Joanna’s cocksure attitude is tested when she’s literally dropped onto the helipad of Datadyne, a benevolent techno-corporation with interests in robotics, AI and an alien cover-up conspiracy. She must make her way to the basement to recover a sentient A.I. laptop and figure out what it knows about the alien conspiracy. The game thrusts Joanna into some truly incredible predicaments – from stealthily boarding the heavily-guarded Air Force One to battling giant reptilian aliens on another planet – and, when it’s all said and done, she comes out not only as one of the Carrington Institute’s top agents but as one of planet Earth’s top alien hunters; not even interstellar travel could stop this absolute badass. 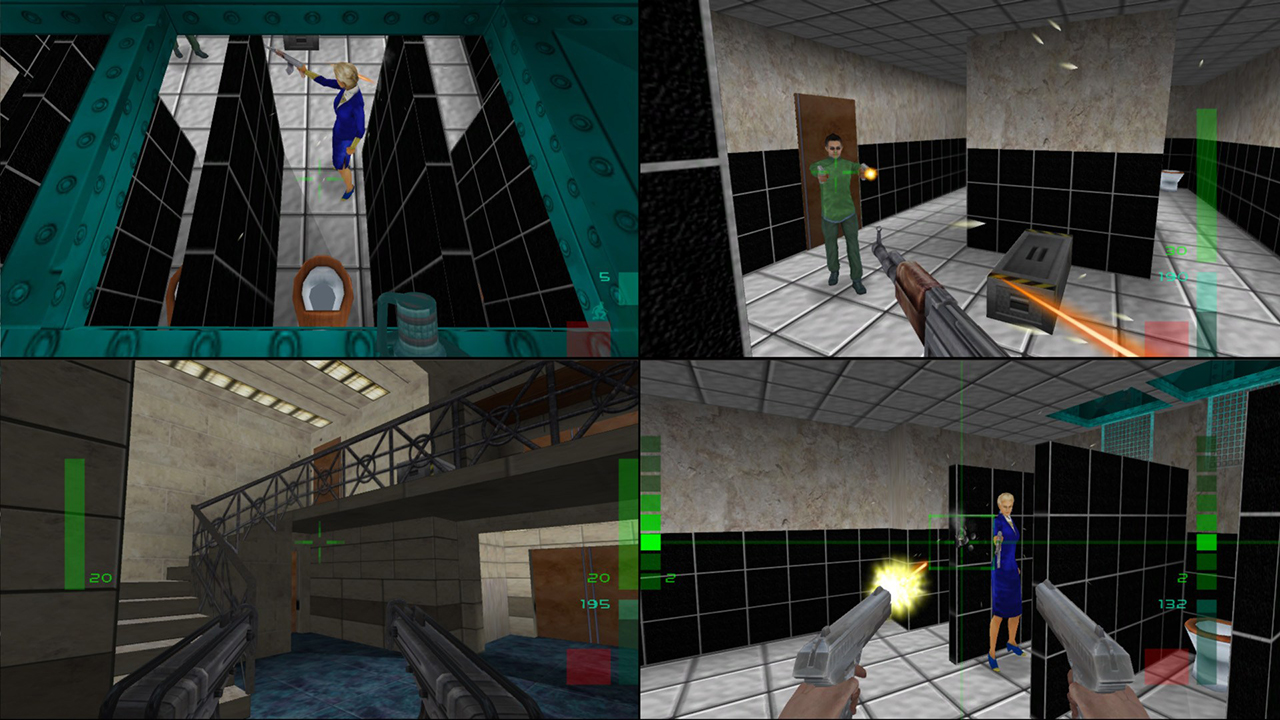 With a great premise like that, Rare brought Grant Kirkhope back in to pen the score with GoldenEye 007 collaborators Graeme Norgate and David Clynick. Their work on GoldenEye 007 was just the right amount of “Monty Norman-esque” orchestration, mixed with the more industrial sound of the 1990s; for Perfect Dark, the trio tuned that sound for a more sci-fi aesthetic, using more modulated X-Files type synths. The different locales had completely different soundscapes, with the military stages driven by the military-style snare drum and the alien-hunting stages featuring saw wave synths. Additionally, if you’re compromised or fail a mission objective and decide to go out in a blaze of glory, the music will go into a blood pumping double until you either die or abort the mission.

Compared to the deep and varied Nintendo 64 version, the Game Boy Color prequel is a completely different kettle of fish. As an overhead-perspective action stealth game, Rare programmed Perfect Dark knowing full well that it would have to compete with the likes of Metal Gear: Ghost Babel, a title from a commercially proven franchise that had released to widespread critical acclaim earlier that year. Unfortunately, Perfect Dark couldn’t emulate its Nintendo 64 success in the portable realm, releasing to mixed reviews. Its gameplay is rather repetitive, with the player guiding Joanna through a set of buildings, playing through shooting gallery mini-games and silently killing guards to steal their items and ammo. The scarcity of ammo and health made the game increasingly difficult and ultimately influenced many of the more negative reviews that came out. 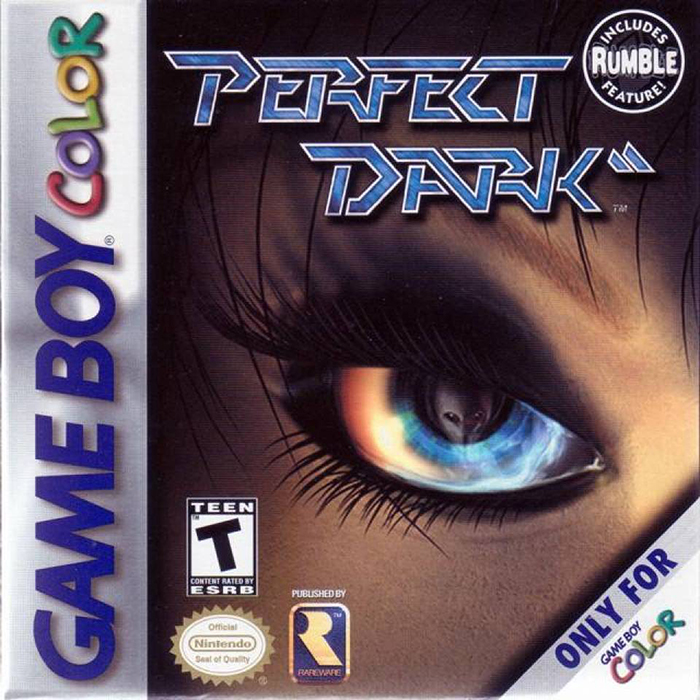 Along with Rare’s other releases, Perfect Dark took up the majority of my Nintendo 64 play time in the early 2000s. GoldenEye may have been the king of four-player split-screen gameplay for a large portion of the late 90s, but Perfect Dark was vastly superior in almost every way. The game was massive, using every kilobyte of the 64-megabyte cartridge to program upwards of 15 levels into the game – and these weren’t simple, single-floor levels either, they were complex, sometimes-difficult stages. With that in mind, it’s pretty easy to understand the extreme hype surrounding the high-definition Xbox 360 remake that was released in 2010 Developed by established port-maker 4J Studios and managing to keep the incredible action without sacrificing anything that made the original title so great, the remake was quite well-received in its own right. Even the expansive multiplayer got an online upgrade; it was a perfect tribute to the perfect Nintendo 64 action game.

For a game that was made almost 20 years ago, I am surprised it hasn’t received a proper sequel. Perfect Dark will always be perfect in my eyes.

When Rates at it do I even need to say something. Great article!

[…] looked back at Rare’s Perfect Dark, the “spiritual successor” to GoldenEye 007 that was perfect in its own […]