Whether the most recent season of The Chilling Adventures of Sabrina had you thirsty for more Elder Terrors or you simply haven’t had enough unfathomable truth in your week, here are five very different games to tackle for any gamer. These games either explicitly include the “original” Eldritch Terror — H. P. Lovecraft’s Cthulhu — or their developers have carefully and sadistically created their own takes on the Eldritch Terrors that Lovecraft made famous, so you’ve got plenty to look forward to if that’s what you’re after. 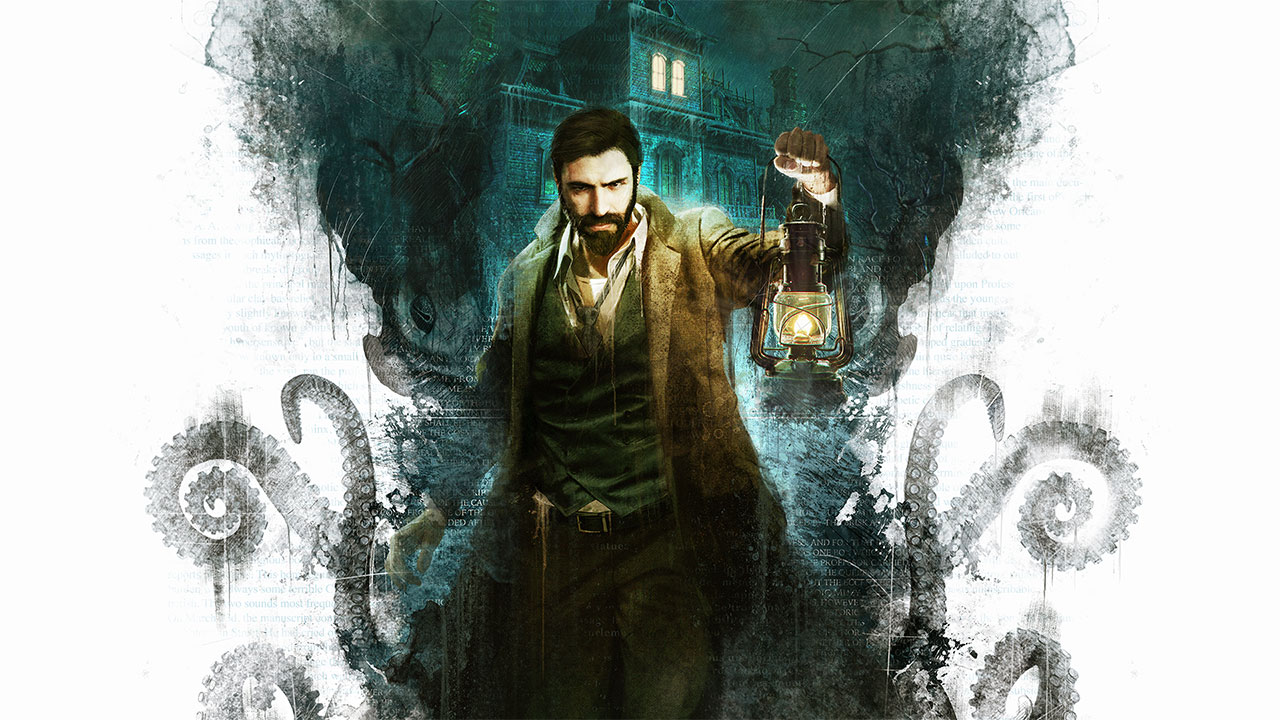 If you want Lovecraftian horror that culminates in the tentacle-faced beasty himself, then Cyanide’s Call of Cthulhu should be your first port of call. Released in 2018, Call of Cthulhu is a first-person psychological horror game that mixes stealth and investigative gameplay in large open levels. It has you take control of a delightfully haunted private inspector in the year 1924 as you seek to unravel the mysteries of Darkwater Island, a bleak whaling locale whose residents are very clearly hiding something.

Investigation and unfathomable truths are a beautiful combo in eldritch horror games, and Call of Cthulhu nails the mix, allowing you to uncover and understand just enough of the weird events that occur while inducing maddening visions and environments that boggle the senses.

Call of Cthulhu is available on PC, PS4, Xbox One and Nintendo Switch.

A slight change of pace from Call of Cthulhu, Red Hook Studios’ Darkest Dungeon is a turn-based RPG that offers eldritch monstrosities — and pretty much every other horror “faction” — in spades. Initially released in 2016 after a year-long Early Access period, Darkest Dungeon has gone on to generate a cult following along with plenty of critical praise. It has you curate a team of horrific heroes and dive into the depths of the ominous mansion you’ve inherited, clearing out the litany of abominations that call the estate home.

Fittingly for a game based around eldritch terrors, Darkest Dungeon requires you not only to manage your heroes’ health, damage and stamina, but also their sanity levels. With each successful venture into the mansion, you can build up the local village in order to cure your heroes via asylum or infirmary — whichever is more apt. The game pulls no punches, either: it’s a long, brutal slog of perma-death, ailments and deadly traps, but it’s also an incredibly rewarding descent into the single most haunted house of all time.

Darkest Dungeon has received three expansions since launch, and Red Hook Studios is working on a sequel that’s scheduled to be released in Early Access at some point this year. For the time being, though, you can gather a team and pray for a smooth run on iOS, PC, PlayStation 4, Switch and Xbox One.

Call of the Sea 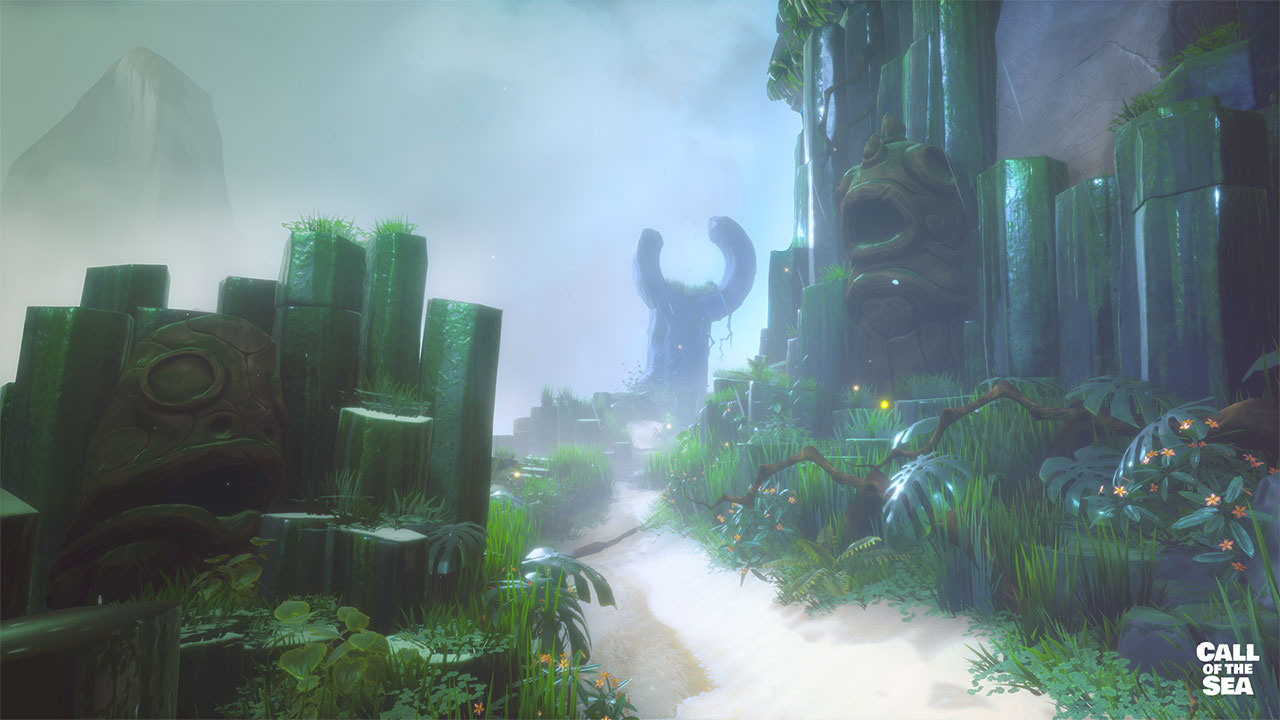 If Call of Cthulhu and Darkest Dungeon were a little too spooky for you, you can ease up on the “terror” in “eldritch terrors” with Out of the Blue Games Call of the Sea, a first-person adventure game set on an unnamed island rife with puzzles and oddities. Though it is quite heavily inspired by H.P. Lovecraft’s stories, Out of the Blue co-founder Tatiana Delgado said it best: “Call of the Sea is a twist on the traditional [Lovecraft] works”, wherein the developer has focused on the “surreal and oneiric more than the horrific and grim.”

I don’t want to give too much away, but Call of the Sea manages to keep the Elder Gods’ involvement to an absolute minimum as you explore stunning locales and solve a series of original and intelligent puzzles until the veil drops and everything clicks into place. More importantly, as you explore the island as Norah, the voice acting of Cissy Jones — whose voice I can almost guarantee you’ve heard before — will help to transport you to a higher plane.

You can enjoy all the tropical mysteries that Call of the Sea has to offer on PC, Xbox One or Xbox Series X|S. 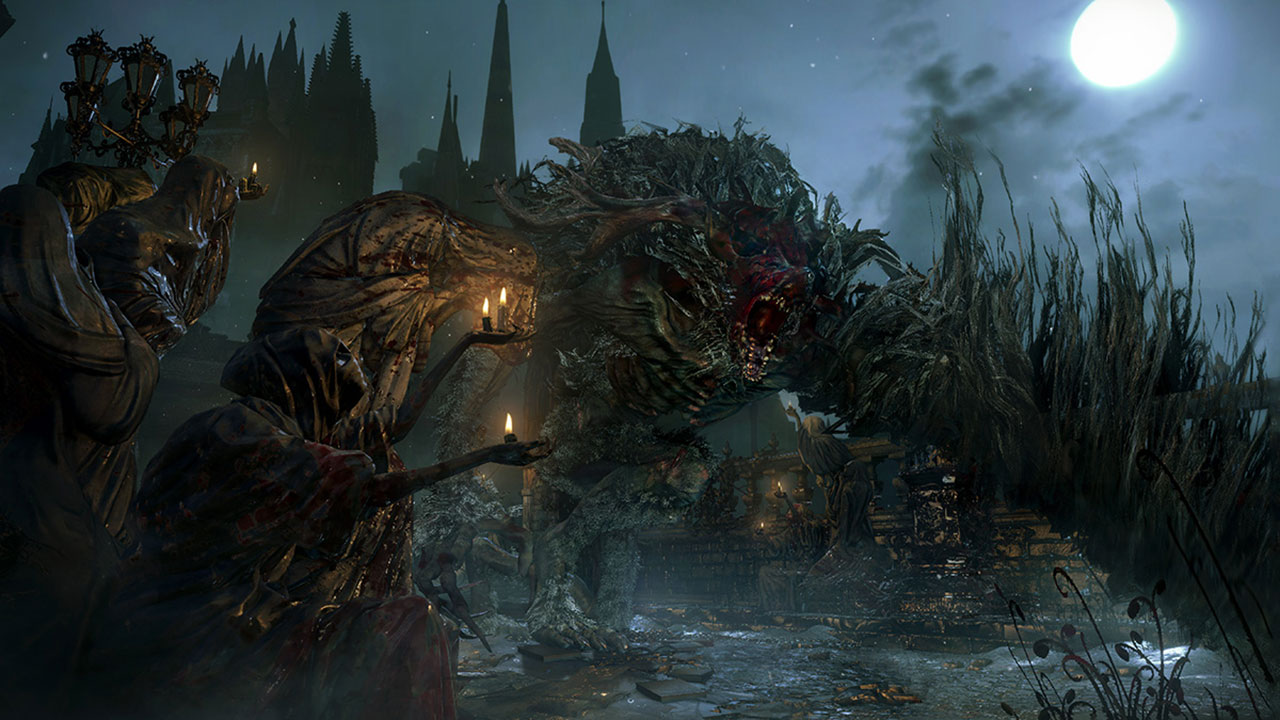 FromSoftware’s approach to storytelling has always erred towards the unfathomable — using one-sentence item descriptions to set the entire plot — but 2015’s Bloodborne jumps straight into the deep end of incomprehensible world-building. Featuring gameplay elements from the developer’s acclaimed Souls series, Bloodborne is literally set in a dreaming reality that touches both deeper nightmares and the waking world (there are plenty of deep dives into Bloodborne lore out there if you want to lose a couple of days), wherein the player explores the Victorian-inspired city of Yharnam to end a blood curse… or begin it… or something. Bloodborne is incredibly confusing.

Bloodborne builds its maddening plot through macabre level design and tentacle-riddled bosses to create a real journey into absolute chaos, where the lines between truth and reality are annihilated. The game even offers a stat mechanic called Insight, which relates to the amount of eldritch knowledge you’ve built up and alters various aspects of the game, such as increasing your vulnerability to death by madness. Bloodborne received one major expansion, The Old Hunters, in 2015, and in case there was any confusion as to where FromSoftware drew its inspiration from, it’s pure fish-themed madness.

Like all of the Souls titles, Bloodborne is a depraved bloodbath that’ll kill you time and time again, but it’ll ultimately reward you with the deep satisfaction of finally taking down that demon-beasty thing after six hours of trying. It’s exclusive to PlayStation 4, and it’s well worth a try if you can access it. 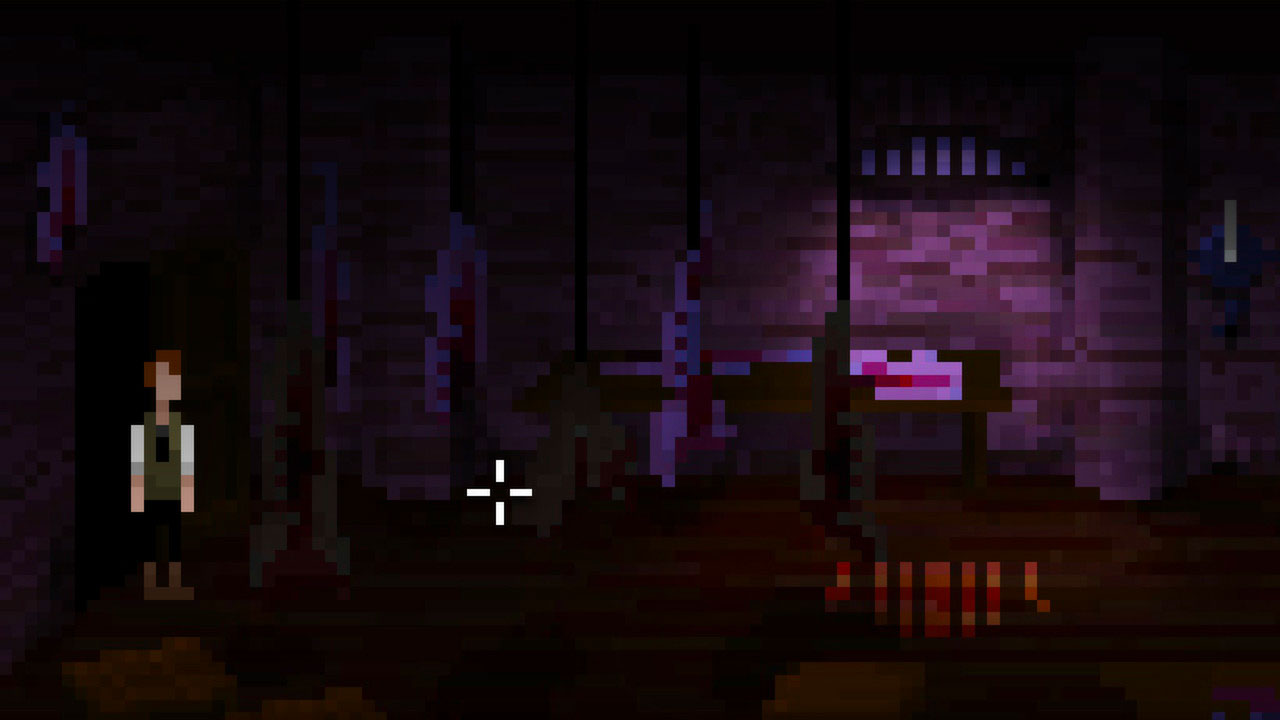 Fittingly, the title I’m going to heap the largest amount of eldritch praise on is an odd little gem that remakes horror experiences into an episodic point-and-click adventure with a stunning, low-res pixel art style. Hosting two seasons of content (eight episodes total) and set in the late 19th century, The Last Door is inspired not only by the incomprehensible god cults of H.P. Lovecraft but the tormented artistry of Edgar Allen Poe for a standout horror narrative that deserves far more attention than it received.

The Last Door has you play as a range of oblivious characters determined to make sense of the weird things that keep happening to them, encountering truly chilling challenges that prove that you don’t need top-tier graphics to give you nightmares.

Developed and published by The Game Kitchen back in 2013, The Last Door was originally only available on PC and smart devices, but the studio released a Complete Edition — with new puzzles and content as well as upgraded graphics — for PC, PlayStation 4, Switch and Xbox One in 2019. If you want unique and memorable encounters with eldritch terrors, then The Last Door is an absolute must-play.