A character that’ll drive you to (bloody) tears

DISCLAIMER: The following contains MASSIVE spoilers for season one and two of Netflix’s Castlevania series. I have not seen season three at the time of writing.

It’s no secret that the Netflix Castlevania series is damn good. After years in development hell, the show took many viewers — myself included — by complete surprise with its quality: the interactions between exiled monster hunter Trevor Belmont, the magician Sypha Belnades and Dracula’s dhampir son Alucard are delightful; its smattering of villains are all just the right level of over-the-top; and the fight scenes perfectly capture the source material’s more gruesome side without being overly gratuitous.

With all of that said, though, the best thing about this show is easily Dracula himself, who the production team captures so perfectly in the first two seasons that I almost don’t want to see him return for the third. 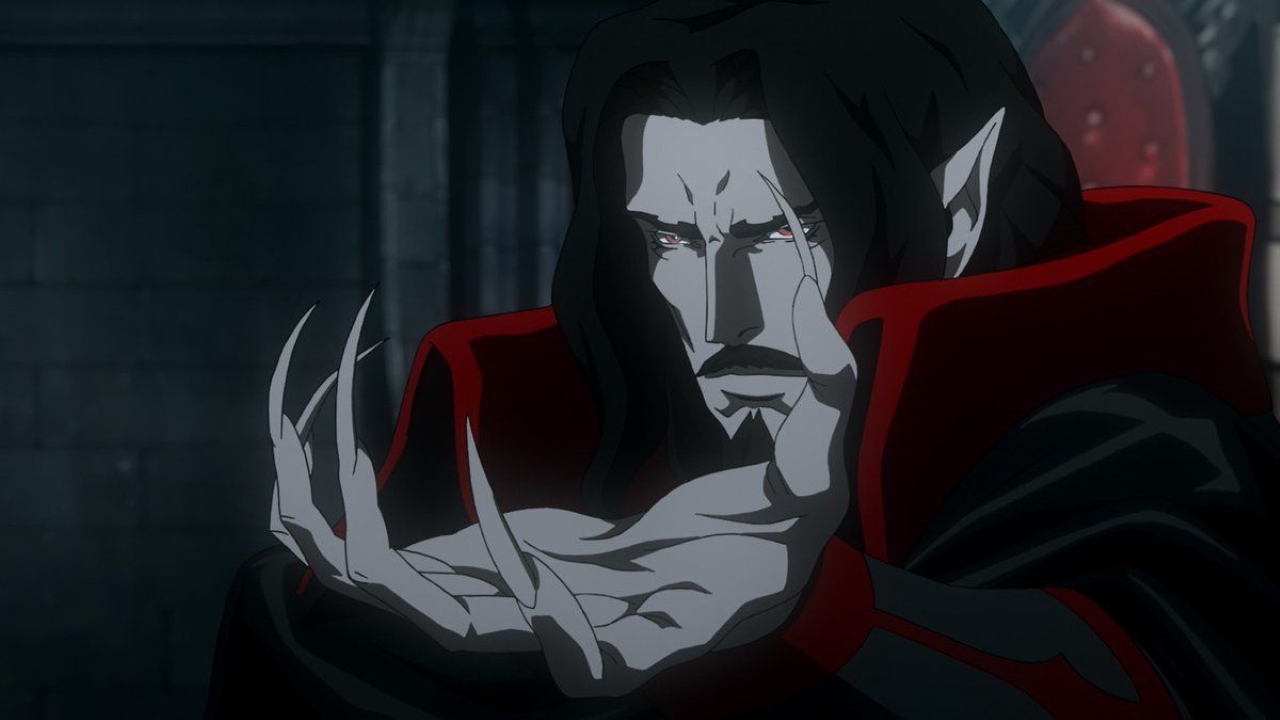 From the very first episode, the show presents Dracula as so much more than simply the “final boss,” the villain that is only there to be feared. Instead, that first episode is dedicated almost-entirely to somewhat humanising him, exploring his relationship with his wife, Lisa, and his willingness to reach out to humanity and learn about human beings. All of this makes Lisa’s passing, and Dracula’s spiral into villainy, hit that much harder when it does happen.

The audience is well aware that Dracula is going to be the show’s villain, and although we never fully sympathise with him (because, you know, wiping out all of humanity is a bit of an overreaction), this first episode at least helps us understand why he’s so angry. It also makes him that much more intimidating as a villain: he’s not just evil because the show needs someone to be, he has an actual motive and actual goals — he’s driven towards something, rather than just being evil for the sake of being evil. Season two takes this perfectly constructed character and does something amazing with him… practically nothing. Dracula spends the majority of season two sitting by himself staring blankly at his fireplace. He barely speaks, and when he does, he seems more tired and annoyed than evil. This more static, almost bored Dracula serves two purposes: highlighting the other villains and giving Dracula an enormous amount of weight.

Season two introduces a plethora of new villains to the show. Although not all of them get much time in the spotlight, the show takes the time to at the very least establish and explain each one’s motivation for wanting to wipe out all of humanity; that would be impossible with Dracula continuing to take centre stage. Moving him to the sideline in this way allows the show to really focus on these other villains, setting them up to be the antagonists in future seasons rather than coming out of nowhere to fill the villain quota once Dracula dies. Everyone knows who Dracula is, but the likes of Hector, Isaac and Camilla are a bit more obscure and so they need the extra development.

Having Dracula bide his time in the way he does also makes his rare moments of action throughout the season hit even harder. Despite not doing much, he is still an imposing presence. While other characters are discussing how weak he’s become, the man (vampire) himself remains nonchalant; when he does take action, though, we see his ferocity and power, and just how much of himself he was previously holding back in terms of both strength and emotion. When all of Dracula’s fury rises during the final battle, it feels like the heroes are in a genuinely hopeless situation; we’ve seen Dracula at his most powerful, and we know that the heroes would never stand a chance against him in a battle. It’s only fitting, then, that they never really do beat him.

The show handles Dracula’s death very elegantly. During his brutal fight with Alucard, his son makes remarks about how little effort Dracula put into the way as a whole; it’s not difficult to agree with Alucard here now that we’ve seen his father at full power, appearing completely and totally unphased as he tosses Alucard around like a rag doll, toying with him as though he was human.

That all changes when the battle moves into Alucard’s childhood bedroom. Upon seeing the room and realising where he is, Dracula breaks down completely. He stops fighting and offers no resistance when his son slowly walks over to him and stakes him, almost proving the point Alucard had made earlier when he called the war “history’s longest suicide note.” Dracula’s struggle throughout the show was never for power — he was always more than powerful enough to accomplish his goal. Having him die in some glorious battle wouldn’t have worked anywhere near as well as the relatively subdued, sombre death the show portrayed instead. 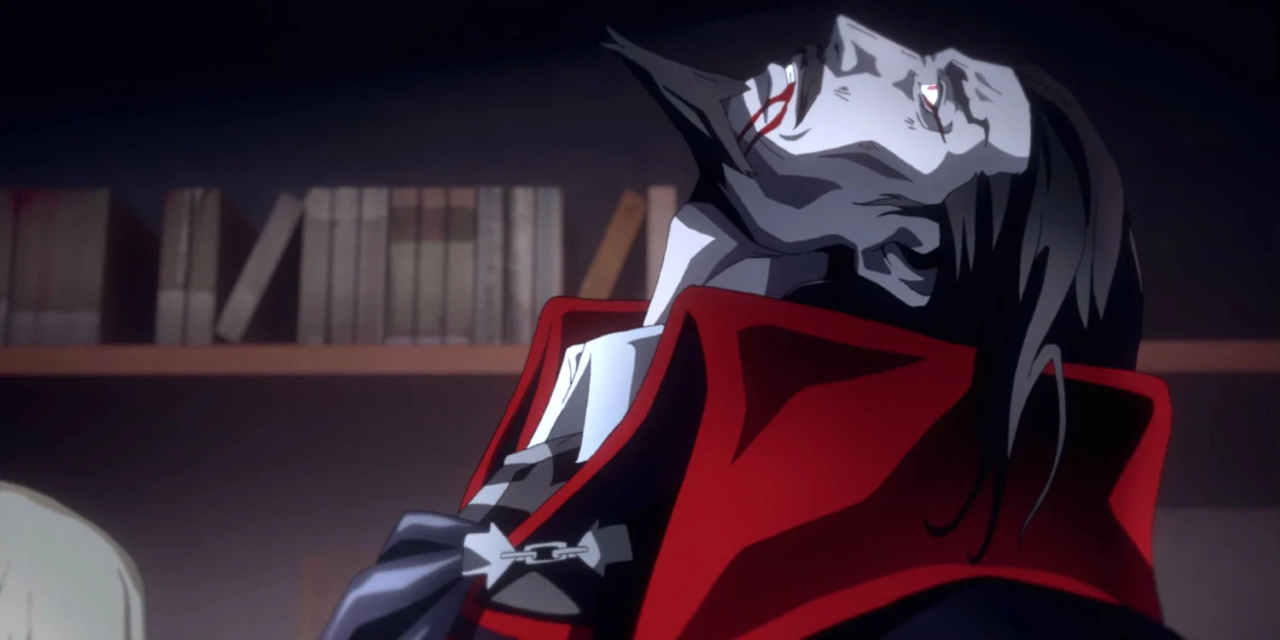 The team behind Netflix’s Castlevania series did a masterful job of creating a compelling, powerful, and ultimately believable villain. Dracula’s portrayal throughout the show, not just as an evil villain but as a tired, sad evil villain makes him orders of magnitude more interesting… and intimidating. Dracula will almost certainly return to oppose the Belmonts at some stage, and the more I think about that, the less I want to see it: as much as I loved Dracula in the first two seasons, his story arc feels so complete that I can’t imagine how it can develop any further.

…Now I’m off to watch the third season.