One for the Ages

What a year it’s been. It’s been tough for all of us, and in different ways, but for many, there’s one thing we were able to gravitate towards as a beacon of positivity and connectivity, in a year where we’ve needed it most — and that’s gaming. It’s been an incredibly strong year for games, with the latter half of 2020 bearing the launch of a brand new generation of consoles. Let us look back on some of the highlights and focus on the good that has come from each.

My game of the year: The Last of Us Part II

This was an incredibly late change of heart for me, as I had spent the better part of 2020 trying to decide if I even enjoyed The Last of Us Part II in the first place, but I’ve had an epiphany: the fact that this game left me feeling emotionally exhausted, conflicted and uncomfortable is a testament to its strength. It’s far from perfect, but when all is said and done, I would be hard-pressed to name anything that’s come as close to successfully tugging at my heart strings, particularly as a follow up to one of my favourite games of all time.

The visuals are incredible, the performances are believable and the gameplay is super tight. The narrative — while controversial in many ways — serves up numerous moments of importance, levity and ambiguity, all highlighting the internal struggles our two protagonists are experiencing and the larger issues that still plague humanity, both in the game world and in the real one. I initially hated the lack of choice and the straightforward narrative that took me to some dark places, but in the end, I feel as though Naughty Dog were right to remove some player choice and freedoms, as it meant conveying a more powerful message that prided itself on being emotional and lasting, rather than being outright accepted. It took me a while to come around, but I’m glad I did.

This was, in many ways, my game of the year, particularly upon its release. I immediately knew that I was playing something special: whether it was the gorgeous visuals or the outright addictive and nuanced gameplay, I was onto a winner. Much of what Ghost of Tsushima has to offer is incredibly strong and worthy of anyone’s attention. The world of Tsushima is one that begs to be explored, brimming with exciting content and gorgeous locations. The only issue I had with this title was narrative-based, as I felt the story left me hanging in certain areas and this affected the pace of the overall experience. But other than that, it’s hard to complain about yet another stellar PlayStation exclusive.

As a huge fan of both the original game and the franchise in general, Final Fantasy VII Remake stands as a shining example of how modern remakes should be handled. While the narrative remains very much intact, the overall look, feel and flow bring another layer to the title that I never knew I wanted. Along with The Last of Us Part II and Ghost of Tsushima, this is one of the best looking games of the last generation, period. Its reimagined, Final Fantasy XV-inspired combat is fast and frenetic while also managing to preserve the original game’s more strategic nature; every encounter presented itself as a puzzle of sorts, encouraging experimentation and patience as opposed to boring button-mashing antics, and that’s precisely what I like to see. A truly fantastic remake, but a truly fantastic game in its own right as well.

Spider-Man is my all time favourite superhero, so Miles Morales was a no-brainer for me. I thoroughly enjoyed 2018’s Marvel’s Spider-Man, and while Marvel’s Spider-Man: Miles Morales lacks the length and overall depth of its predecessor, it manages to interweave a number of new layers into an impressive foundation. Miles’ bio-electrical Venom powers enabled Insomniac Games to give the combat and traversal mechanics a whole new twist, giving Miles his own look and feel while still creating enjoyable and addictive mechanics. It may have been over too soon, but all I could ask for was more. Now I snuck this one in here, not as an additional honorable mention (which it admittedly is), but more so as one of the biggest surprises of 2020 for me. Initially, Hades just didn’t attract me. From its top-down perspective to its rogue-like structure, I had unfortunately dismissed this title as something that I wouldn’t enjoy based on similar experiences in the past. Oh boy, was I wrong. The addictive combat, clever storytelling and gorgeous art style kept me coming back for more, and I left each time wondering what other similar games I had missed out on as a result. So to Supergiant Games, I say thank you and well done.

Oh, goodness. This game had me hyped like no other, but as we all know, Cyberpunk 2077 isn’t doing too well. I’ll be the first to admit that I’m actually enjoying Cyberpunk 2077 for what it is (albeit on ninth-generation consoles), but my main source of disappointment and frustration stems from its performance on base PlayStation 4 and Xbox One consoles, which can be summarised in one word: unacceptable. I totally understand that numerous delays put pressure on the development team to release something, but with an overall development cycle of seven years, it’s safe to say that some fans have been let down. I consider myself a patient person and I totally understand that loads of gamers on both next-generation hardware and top-tier PC’s are having a bug-free blast — but those who have experienced multiple crashes, bland textures, weird glitches and game breaking bugs, have every right to speak up.

I’m going to come right out and say it… This is one of the best standard-issue controllers I have ever used. For something that just comes with the console, it’s incredibly impressive and a joy to experience. Haptic feedback, detailed rumbles and tense triggers have all combined for an intuitive and engaging experience that feels more like an extension of most games rather than a forced gimmick. It doesn’t work everywhere – Call of Duty: Black Ops Cold War’s multiplayer modes need anything but tight triggers, for instance – but where it does work, it works perfectly: Marvel’s Spider-Man: Miles Morales uses them to great effect, tightening the triggers whenever Miles shoots a web. All I can hope for is that these features don’t saturate the experience and instead continue to serve as subtle cues that draw players deeper into the moment. 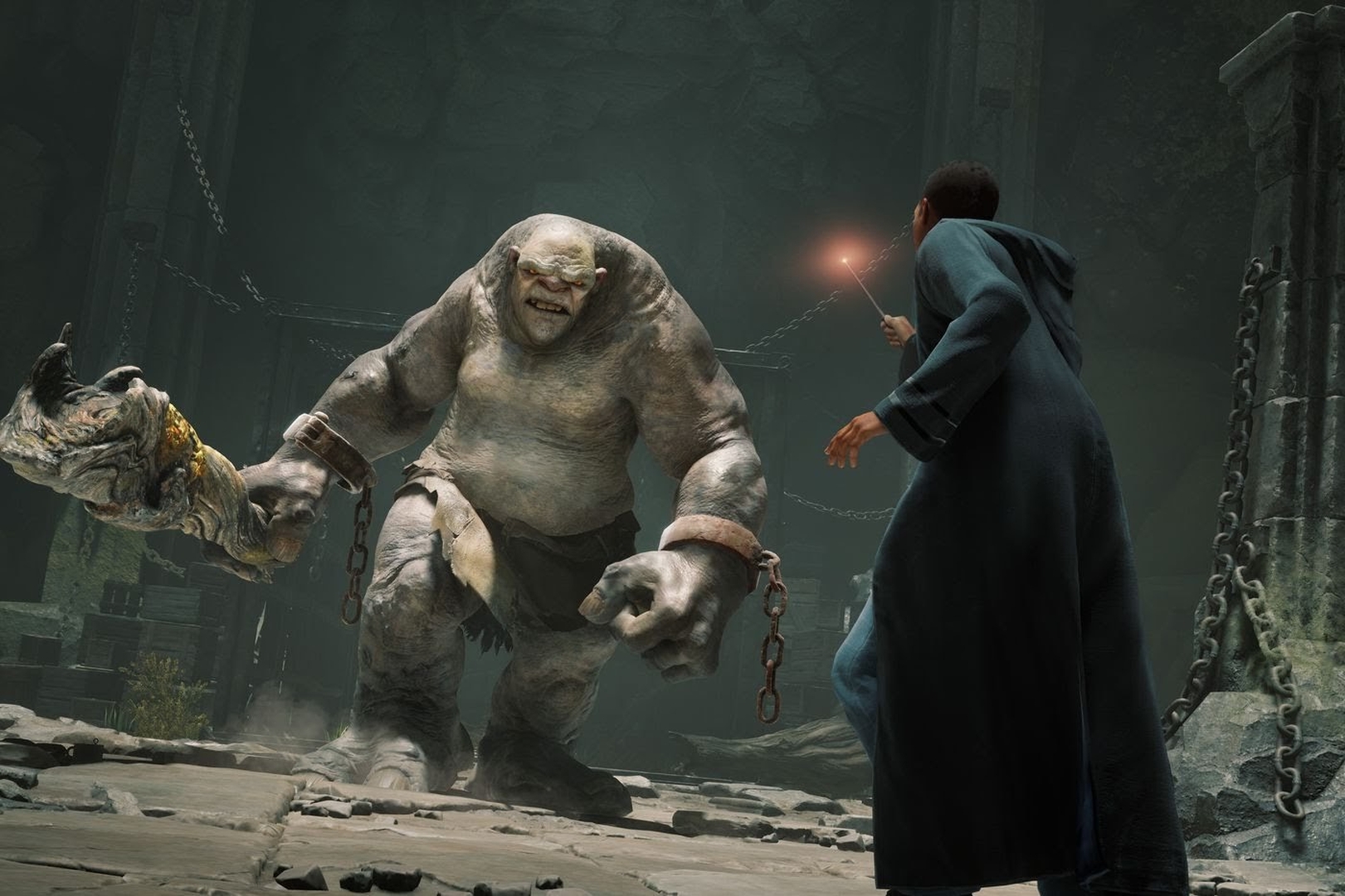 The Next Generation of Consoles

I luckily managed to get my hands on a PlayStation 5 and as a result I am looking forward to the next year that this new generation has to offer. I only feel like I’ve scratched the surface with some impressive launch titles, but I cannot deny the potential of this new hardware and the promising games that await. Deathloop, Hogwarts Legacy, Horizon: Forbidden West and Far Cry 6 all serve as examples of such potential; we can only wait and see.

As a huge fan of the Harry Potter franchise, Hogwarts Legacy feels like a step in the right direction. I can’t believe it’s taken this long for such a game to exist, but the idea of an RPG-based wizarding experience set in Hogwarts around a hundred years before the Harry Potter saga feels incredibly warranted, and full of potential. Exploration, combat and schooling all look to feature, and judging from the early footage we’ve been treated to I think the future’s looking bright for fans of the wizarding world.

[…] Matt didn’t fall in love with The Last of Us Part II right away, but “the fact that [it] left [him] feeling emotionally exhausted, conflicted and uncomfortable” eventually made it his Game of the Year. […]