When Crystal Dynamics and Square Enix announced their Avengers project at the start of 2017, I was both excited and skeptical. Crystal Dynamics has made itself one of my favourite developers after the fantastic Tomb Raider reboot titles, but I didn’t want to see some of my favourite characters and stories become a quick cash-grab in the realm of video games. Everything fell silent for two and a half years, until the project was finally revealed as Marvel’s Avengers, which we would later learn would be a live service game. I enjoy live service games — I’ve spent countless hours with Destiny, Destiny 2, The Division, and even messed around with Anthem for a while — but this was not the way that this title should’ve gone. The final product is a game that doesn’t quite know what it wants to be, and its strong suits don’t align with the longevity it’s promising. The game’s opening sees a young Kamala Khan exploring A-Day, interacting with most of the Avengers and setting the scene nicely for what’s to come. During the unveiling of a new carrier powered by a Terrigen Crystal, the convention is attacked, and the crystal is destroyed, and countless people are turned into Inhumans as a result of the aftermath. Five years later, a threat known as Advanced Idea Mechanics (A.I.M.) has arisen, looking to suppress and contain Inhumans — who it deems too dangerous for society if left unchecked — and a now-Inhuman Kamala looks to piece the Avengers back together to restore the peace for everyone.

It’s a very Marvel plot in the sense that it’s quite simple and, at the very least, enjoyable. Much like Marvel’s movies, there are fleeting moments of raw emotion and character interactions that are genuine, entertaining, and sometimes even heartfelt. It’s extremely well-written, and despite the occasional cringeworthy line from Kamala, it’s hard not to sympathize with her cause and where she’s at. It’s got a solid three-act structure and these characters feel like their own, instead of just being counter-copies of what we’ve seen on the big screen. The main villain, M.O.D.O.K, is also really well done in the sense that his transition from human to inhuman is believable, and the whole egomaniac thing is portrayed excellently. This whole mode is worth experiencing if you’re a Marvel fan; it’s packed with references and great moments, even if it’s a bit on the short side. 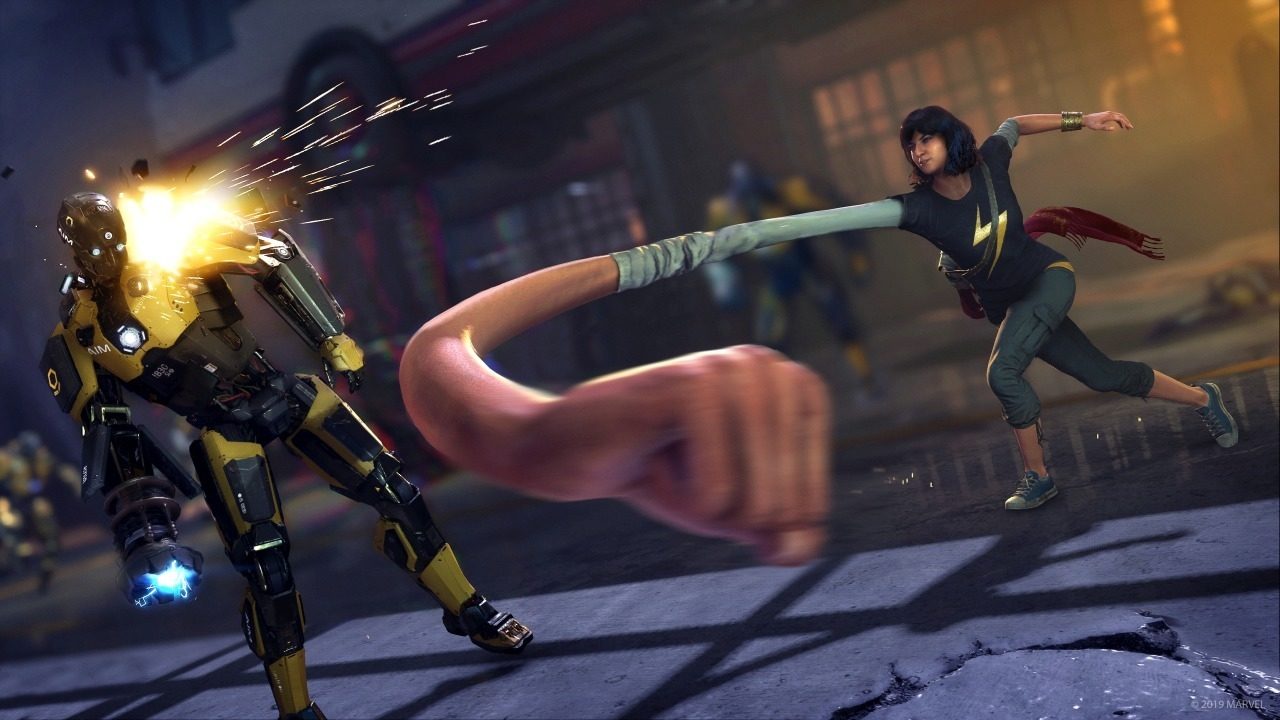 The place where Marvel’s Avengers stumbles is also where most of its eggs are — Avengers Initiative mode. Meant to be played after completing the Campaign, The Avengers Initiative is where you continue your fight against A.I.M, help rebuild S.H.I.E.L.D., gear up your characters, and participate in the majority of the multiplayer content. Most, if not all, of the missions here are completely inconsequential to the larger plot, lacking the same quality writing and character moments that can be found in the Campaign mode. I understand that this is the case with most live-service games, and I’m usually fine with that if there’s an interesting, rewarding grind to engage with, alongside an entertaining core gameplay loop.

I say all this because past the Campaign, Marvel’s Avengers’ gameplay quickly grows stale, repetitive, and flat. Although at first it’s fun to experiment with each Avenger to see what each one can do, it can feel pretty limiting in some regards in comparison to modern action games but the basics are there: light, heavy, and ranged attacks, juggling, special moves and the like. It starts off as a fun button-masher — each Avenger feels unique and plays how you would expect them to and there’s plenty of progression to seek your teeth into that unlocks small variations of your combos which deepens the combat a little bit, but it could never quite scratch the itch I had for more options. It’s all style, and mostly no substance, which isn’t a good combination when it’s a game that’s asking you to invest a lot of time into it.

Similarly, the gearing system is also quite rudimentary. While each piece provides different stats and bonuses, I often found myself using the shortcut to equip the best gear I had. This was partly due to the combat never really being all too challenging, and also because gear has no overall effect on how your Avenger looks (more on that later). I’m sure there’s a lot more nuance to it once you get to the true end-game, but my experience with it was very surface level and ultimately uninteresting. 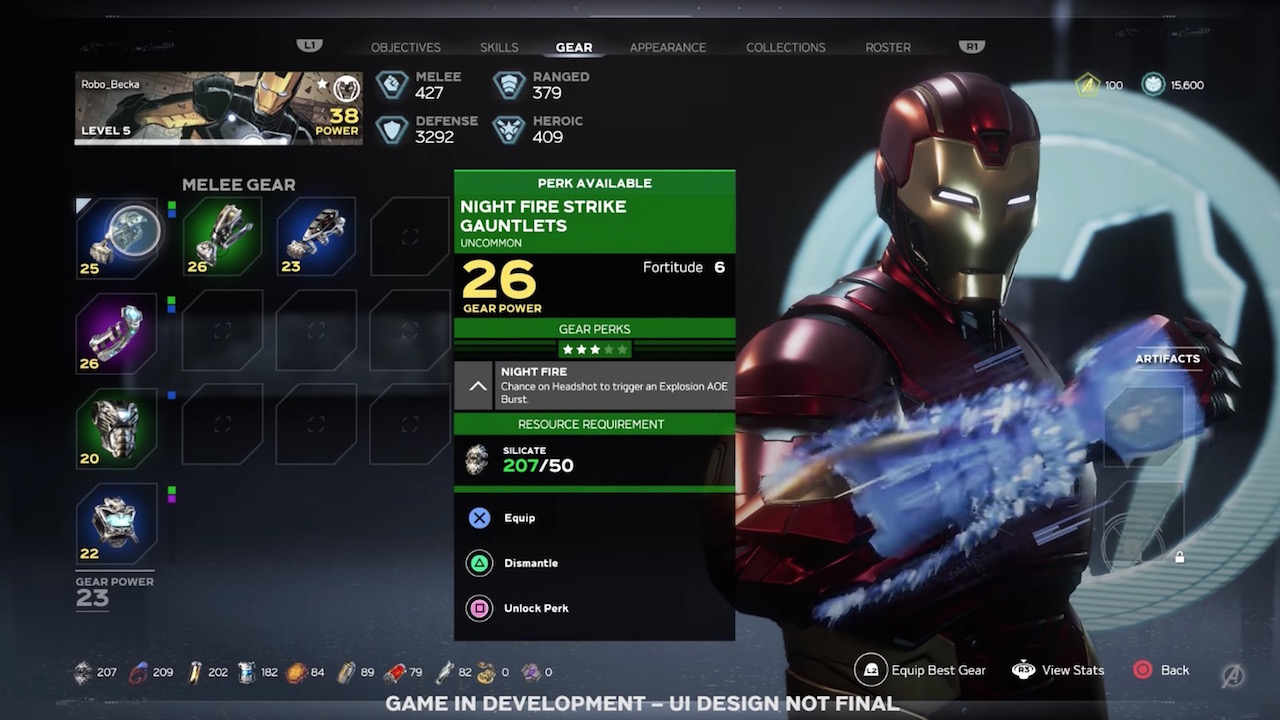 There are all kinds of missions in both the Campaign and The Avengers Initiative, some of which are character focused while others are standard missions where you hack the thing, beat up some dudes, and then hack another thing. Most of these missions can be played with friends in online co-op, but can also be played solo, which is what I did for most of my play time. Unfortunately, the allied AI isn’t particularly smart. You can pick from a group of Avengers to play as before you load into a mission, and there’s no way to swap half-way through. Some optional goodies like gear or crafting resources are often blocked by character-specific obstacles, and the friendly AI refuses to do what it needs to do to get you past those obstacles. It’s annoying, and counter-intuitive design-wise; I don’t want to play as the Hulk just so I can smash a wall for a chest full of gear, but here we are.

One hotly debated aspect of Marvel’s Avengers is its monetization, and for good reason. All post-launch heroes and expansions are free, but there is a store for cosmetics — from skins for your heroes to profile emblems. This kind of thing normally wouldn’t bother me, but the pricing here is pretty egregious, and it’s worth taking into consideration if you’re particularly against microtransactions. In some ways, I found it hard not to feel like a lot of the focus was drawn to the in-game marketplace, and it left an overall sour taste.

Visually, the game looks decent. Each of the Avengers’ updated models are well-detailed and look distinct enough from other adaptations of the characters. Unfortunately, the performance is extremely inconsistent. Playing on a PlayStation 4 Pro, I experienced frequent frame drops on the performance mode, and while the 4K mode is much sharper looking, the hit in performance is not quite worth it for the combat system. It’s a title that’s technically fine, and that’s about it, but it is worth mentioning that I did experience one crash and few different bugs involving models getting stuck in terrain, and various clipping issues. 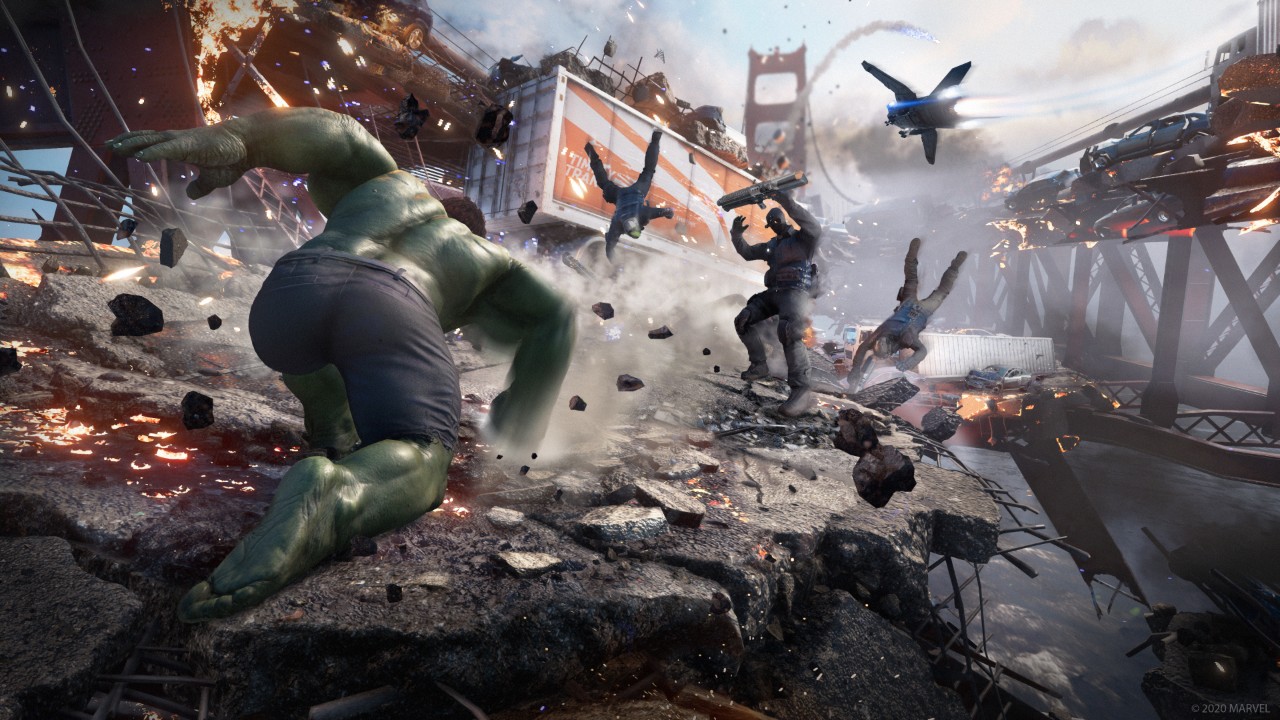 At a time when the live-service model has been tried and tested over the years, there hasn’t been one quite like Marvel’s Avengers. Usually when I play these kinds of games, the hooks that get into me aren’t from the campaign, it’s always the end-game, but this title is the polar opposite. It has an enjoyable single-player experience in its Campaign — especially if you’re a fan — but that’s about it. A flashy but ultimately shallow combat loop and an underbaked gearing system leave what is supposed to be Marvel’s Avengers’ core feeling empty and incomplete. It’s a game that never fully commits to either of its showcase modes, and it suffers for it; it’s a crying shame, because this game had potential to be so much more, but at this stage, it’s just all-around pretty average.

While the prospect of a multiplayer Avengers game is ripe with potential, Marvel’s Avengers is an experience stuck between two worlds. While its campaign is worth experiencing if you’re a fan, it’s hard to deny that the combat, gearing system, and presentation values are underbaked, leaving the core experience uninteresting and flat.

[…] the long-awaited Marvel’s Avengers was “ripe with potential”, Harry found that its “underbaked” combat mechanic, gearing system and presentation values leave it feeling […]