Setting the stage for so much more to come

My game of the year: Super Mario Maker 2

Having never played the original, I wasn’t too sure what to expect when I came into Super Mario Maker 2 this year, so it was a pleasant surprise to realise that this was one of the most enjoyable gaming experiences I’ve had on the Switch to date. Super Mario Maker 2 is an absolute must-have for fans of yesteryear’s 2D platformers; its massive online community means that you’ve got an unlimited amount of stages to play through both now and in the future.

You genuinely do have endless options: whether it’s easy Mario for younger gamers, or super complex levels that ask you to jump on Koopa shells whilst avoiding razor blades and a rising lava tide, or tributes to other games such as The Legend of Zelda, if you can think of it, someone else has already uploaded something like it… and if they haven’t, you can always just go ahead and make it yourself using Super Mario Maker 2’s simple level builder and the wide range of tools that it offers you. Adding multiplayer into the mix was a master stroke as well; some levels might not be optimised for multiplayer use, but it’s always good fun trying them anyway and there is an abundance of multiplayer-oriented levels to choose from anyway.

Put simply, Super Mario Maker 2 is my game of 2019 because of the unlimited potential that comes with its online community. The number of Nintendo Switch owners is growing every day, and that means that there will always be new and interesting courses to try out — each more interesting and unique than the last.

Untitled Goose Game is not the best game in the world — it’s very short, and there’s not much to do aside from annoying NPCs — but I laughed so much playing it, just seeing how the poor NPCs would react to my goose’s reign of terror, that I had to give it a shout. If nothing else, Untitled Goose Game shows just how talented some indie developers are, and reinforces the idea that there’s no such thing as a bad idea; I can’t wait to see what House House comes up with in the future.

By now, we should all be up to speed on Fallout 76. The game is a buggy mess, with gameplay that pales in comparison to previous Fallout titles, and Bethesda hasn’t done anywhere near as much as it should have done to fix it. All of that makes the company’s decision to add an expensive “premium” subscription, in the form of Fallout 1st, just incredibly insulting to a fan base that has stood by the game — and Bethesda as a whole — throughout the disaster that has been 2019. Although the membership largely offers cosmetic items and premium currency allowances, it has given its players two important advantages: the ability to play in private worlds, and the Scrapbox, which gives them unlimited inventory space and in turn, a huge advantage in player-versus-player combat.

We need to ask some serious questions of Bethesda as to why this content wasn’t released as an update to the main game. It’s now causing serious discontent amongst the dwindling Fallout 76 community, and with the game’s reputation being dragged through the mud already it wouldn’t surprise me if it turned out to be the final nail in the game’s coffin.

After the #Dexit controversy, I seriously questioned whether or not Pokémon Sword and Shield could still be enjoyable given just how many Pokémon got removed, and how decidedly average the graphics are. They’re not perfect games by any stretch of the imagination, but Game Freak’s first attempt at a home console Pokémon game definitely isn’t bad — it’s actually a solid success, which is reaffirmed by its burgeoning competitive community. Many communities around the internet have already started to experiment with creative strategies, and combined with the option to “rent” teams to take online, competitive Pokémon has never been easier to get into; I can’t wait to see what that will bring in 2020, especially with the Oceania International Championship being held here in Melbourne. 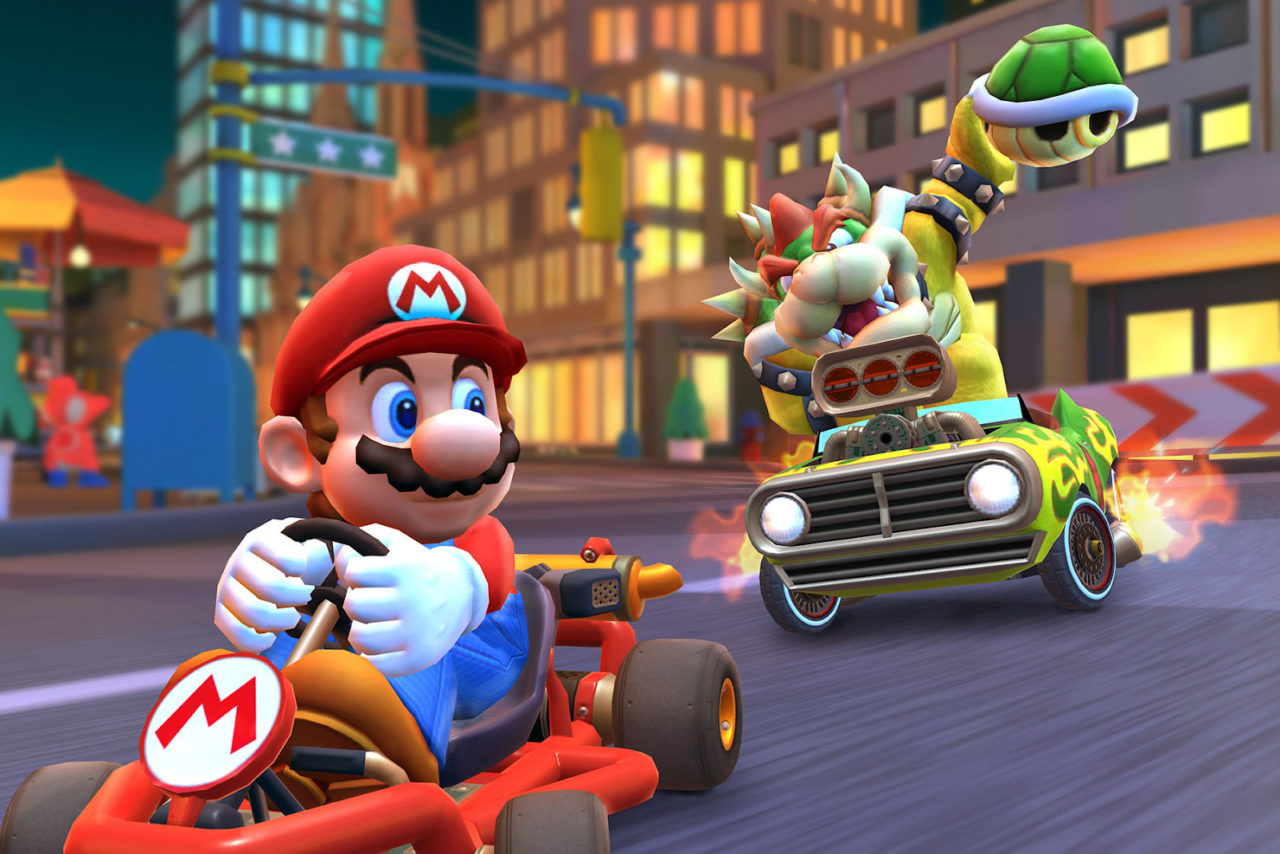 I don’t have any problems with mobile gaming — as with anything, it’s perfectly fine when it’s done well, but Mario Kart Tour is decidedly not. Any time a developer uses gacha mechanics as its primary method to monetise its game needs to be careful and ensure that the gameplay is still something that people are going to enjoy; Mario Kart Tour’s gameplay is poor, its control scheme is average at best, and it’s a really poor mobile version of Mario Kart. If I wanted to play Mario Kart on the go, I’d just play Mario Kart 8 Deluxe on my Switch… and that wouldn’t have limits on playing time or most of the karts and racers behind loot boxes or a “Gold Pass” subscription service that’s more expensive than Switch Online. Mario Kart Tour is just a massive disappointment from Nintendo when we all expected so much more from a mobile Mario Kart game.

In contrast to Mario Kart Tour, Apple Arcade is a great example of how to do mobile gaming right. It offers more than 100 games — mostly fantastic games that are all different from each other, including titles from both indie developers and AAA publishers such as Sega and Konami. With that being said, Apple Arcade’s real success is the fact that it’s removed a lot of the issues that have plagued mobile gaming for the past few years: ads, microtransactions and all of the clutter that exists on the App Store. With Apple promising to keep the platform growing, it’s becoming a real must-have for those who love mobile gaming.

We’ve been waiting for more information about Metroid Prime 4 since Nintendo teased it… way back at E3 2017. 2019 was not a good year on that front, considering Nintendo’s announcement that it was starting development from scratch (although on the positive side, it’s in Retro Studio’s hands now); here’s hoping that we’ll finally see another Metroid title in the next year — or, at the very least, some form of gameplay footage. 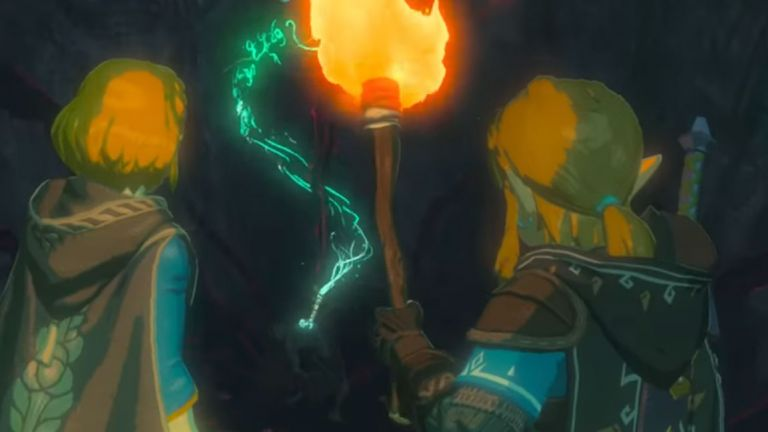 The Legend of Zelda: Breath of the Wild Sequel

It’s not likely to happen, but given how successful the original Breath of the Wild was, I wouldn’t be surprised if we got some updates on the sequel some time in 2020. The teaser trailer looked spectacular and led people to believe that it might have a darker story (and co-op play). Nintendo might be looking for a big 2020 release, so it’s a distinct possibility that we could see the Breath of the Wild sequel, but we may just have to settle for gameplay footage and some story details.

PlayStation 5 to be Worth the Wait

Sony has confirmed that it’s planning to release the PlayStation 5 some time before the end of 2020, but we don’t have any details aside from unconfirmed leaks and rumours. The PS5 will certainly sell well, but I’m hoping that Sony releases a wide range of launch titles to convince buyers to pick it up at release. It’s good to note, however, that the PS5 will be backwards compatible with the PS4, so the early signs suggest that it will have plenty of games available for it on launch day — even if they are PS4 titles.

2019 was a solid year for gaming overall. It has been marred in controversy surrounding publishers like Bethesda, Blizzard and Electronic Arts, but it’s also shown us that gamers are not going to tolerate their poor practices. We saw plenty of fantastic games make their way onto our consoles and PCs from indie and AAA developers alike; the success of Super Mario Maker 2 and Untitled Goose Game in particular shows that any idea can go viral, especially if the developer takes the time to build its fan base up with online communities and additional features that enhance the original gameplay experience. Although this will continue into 2020 and beyond, I’m very curious to watch what role mobile gaming and game streaming will have in gaming’s future — Apple Arcade, in particular, could be the biggest revolution in mobile gaming since the creation of the App Store itself.