Best known for its interactive-horror-movie classic Until Dawn, Supermassive Games has set its sights on running the horror history gauntlet with its Dark Pictures Anthology — a series of shorter, self-contained survival horror experiences that follow a similar formula to Until Dawn. Supermassive released the first instalment in the Dark Pictures Anthology last year; Man of Medan was a good game, but it didn’t quite capture players’ hearts the way Until Dawn did. The second of these Dark Pictures, Little Hope, certainly improves upon the foundation Man of Medan laid in some areas, but falters in others.

Very fittingly released the day before Halloween, Little Hope has you playing as a group of people who find themselves lost and stranded in an empty rural town full of dark, occult history. A seemingly-paranormal force works to keep them stuck in the town, forcing the group to investigate exactly what it is, learn about the town’s past and ultimately try to make it out of the town alive. The game spends much of its play time as an intriguing, spooky experience, but ultimately stumbles clumsily across the finish line. 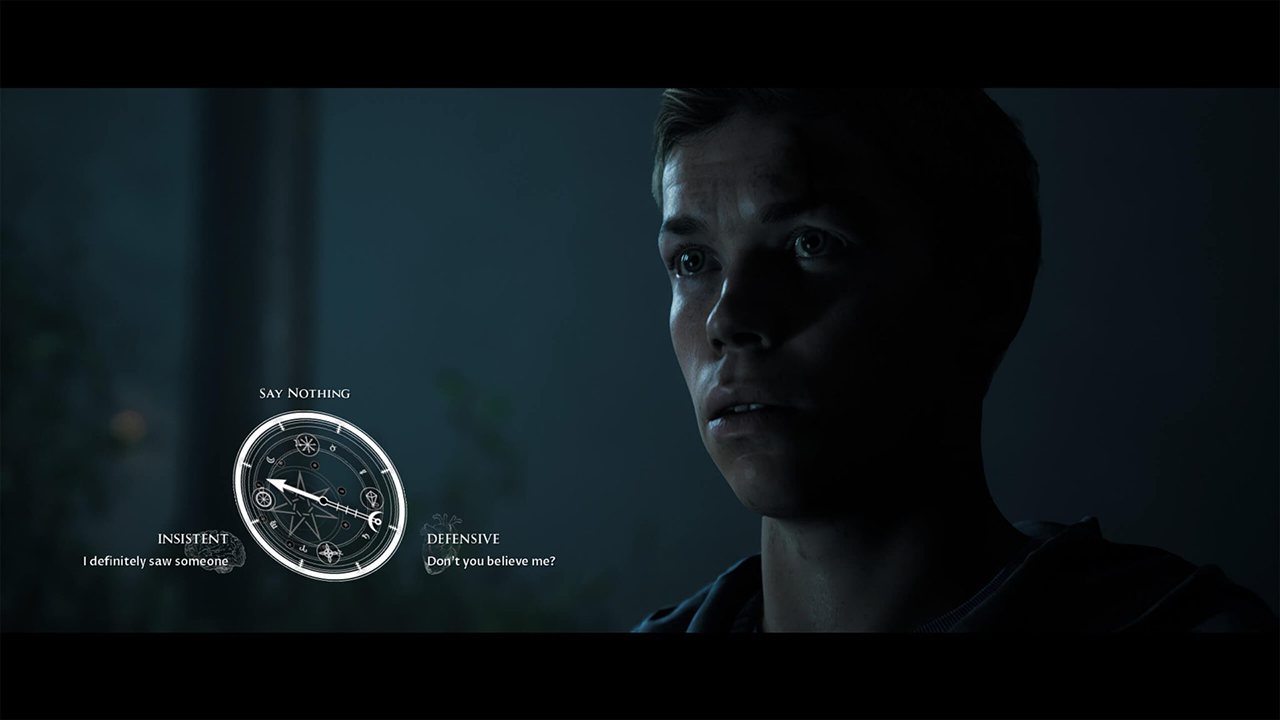 If you’ve ever played Until Dawn, even if only for a couple of minutes, you’ll find Little Hope’s gameplay extremely familiar. Supermassive Games tells its story from several different characters’ points of view, allowing you to control each character at various points in a third-person perspective. You’ll spend most of your time investigating the environment for clues and making decisions for each character you control that will affect not only their relationships with the other characters, but whether or not they will even survive. Every now and then, you’ll encounter an action sequence that’s delivered through quick-time events; failing these sequences can drastically alter your story experience, so even though the game isn’t too action-heavy you’ll still need to be prepared to play through some intense parcels of action. The developer tried to give you a little heads-up when one of those quick-time events is about to begin by flashing a symbol across the screen, and it’s a well-meaning mechanic, but it’s also easy to mistake it for a prompt — I did that on a couple of occasions and ended up failing the sequence as a result.

Outside of those action sequences, the gameplay itself is rather barebones, filled with point-and-click elements that can make it feel a little slow at times. Of course, that’s really not the point of Little Hope, nor is it the game’s main draw — that lies in its identity as an interactive horror movie, and the player’s ability to influence who lives and who dies. I’m someone who plays games for the narrative, so I’m perfectly fine with the slower pacing and investigatory, QTE-heavy gameplay, but those who are looking for riveting action and true challenges will not find them here.

With that being said, though, Little Hope is definitely best when played with friends, offering a “Movie Night” mode that allows you and your friends to decide on which characters you control for the duration of the story, meaning that the choices one person makes when they’re playing as Taylor might heavily impact what happens to you when it’s your turn to take the reins as Andrew. Playing solo is still an immersive experience in its own right, but relinquishing control to someone else and coping with whatever hand fate (read: that person) deals you is a rare gameplay experience that adds to the spontaneity and unpredictability that make Little Hope what it is.

Little Hope’s gameplay is the vehicle through which Supermassive Games delivers a classic occult tale: after their bus crashes on a field trip, a group of college students find themselves trapped in the small, relatively empty town of Little Hope, which is infamous for a series of witch trials, occult events, and related tragedies. Through a series of mysterious flashbacks, it becomes apparent that each of the trapped students has some connection to the town’s history. It’s a story that’s been told before, but Little Hope does an outstanding job of establishing truly interesting mysteries and mythos that you’ll eagerly want to learn more about as you investigate what’s going on and try to find a way out.

The setup here is fantastic for a horror game, and Little Hope features some vast narrative improvements over Man of Medan. My biggest gripes with the first Dark Picture were its extraordinarily clunky dialogue and its nonsensical character relationships; Little Hope’s dialogue does flow a little more naturally, but the character dynamics are still limited by relationships that don’t have too much depth or are simply left ambiguous, which makes it difficult to relate to them. Given that Little Hope hinges on the player making choices that determine which characters will survive, not being able to relate to the characters is a glaring flaw — one that would have been solved with more play time to explore each relationship.

The story and its mysteries continue to ramp up throughout the relatively short 5-6 hour play time, but horror as a genre relies on immersion and unfortunately, the ending is a massive misstep. It’s clear that Supermassive aimed to shock players with a clever, unexpected twist, but the twist doesn’t quite stick the landing, creating numerous holes in the story that dampen what was previously an engaging and fairly tense experience. I respect bold story choices (shout out to The Last of Us Part II for pulling it off!), but simply being bold isn’t good enough if it’s not executed well, and that’s the case with Little Hope; Supermassive Games opted sacrifice an ending that wrapped the story up neatly for one that simply doesn’t fit the game’s tone and is a real reach to make sense of, and that leaves a sour and unsatisfying aftertaste.

Overall, while Little Hope’s gameplay is pretty basic and fairly standard fare for a Supermassive game, it’s still a mostly enjoyable experience because it leans so heavily into interactivity. Little Hope’s value proposition relies on its story, which is mysterious and impeccably spooky but ultimately suffers by attempting to surprise players rather than providing a satisfying ending. It’s definitely a fun, interesting game to play, though — just be prepared to be… “whelmed” by the end of it.

The Dark Pictures Anthology: Little Hope tells an intriguing and spooky story that’s well worth a playthrough for any horror fans, even if the ending leaves a bit to be desired.

Ryan is a broadcaster and entertainment journalist who is as much of a die-hard for Mass Effect as he is for Taylor Swift. His love for gaming started with Donkey Kong Country and Mario on the SNES and grew into a love for the broad narrative and interactivity that only gaming can offer. Today, Ryan's days consist of creating TV and radio shows with RMITV and SYN Media, maining Pichu in Smash Bros, and daydreaming of completing a couch to 5k program.