A Year of Comfort Games and Old Favourites

The year of our lord, 2020, has been…trying to say the least. Two lockdowns in Melbourne have led to far too many hours indoors and though this might seem like a fantastic opportunity to pick up new games, my tight schedule at university and declining mental health encouraged me to seek out small comforts in video games. My 2020, more than anything else, was a year of playing games that bring me warmth and comfort. Consequently, I haven’t really played too many titles brought out this year. After all, it seems silly to expect cloistered individuals stuck in quarantine to crave new things. I want the things I love. The things I know. I want Geralt of Rivia setting out on his quest to find Ciri after I boot up the game for a fourth playthrough.

Just as much as this year has been about comfort, this year has been about re-engaging with old favourites that’ve snuck out of view. I started out the year by replaying the original Mass Effect trilogy after a bitter break-up and now, I’m ending it by plowing through Bayonetta in all its flashy, campy glory. Don’t feel shame, dear friends, if you haven’t touched many of the new games this year. I haven’t either…but let’s talk about the few that I have.

I’ve played this game very little in comparison to some of the other Doublejump staff but my measly hours have given me enough confidence to say that this game oozes charm. So much of it, in fact, that I cannot imagine any other title taking out my GOTY. Much like any adolescent book-nerd, I loved mythology as a bridge between childhood fables and the more heavy, adult-laden themes of modern literature. Norse mythology had always been my favourite — Neil Gaiman’s reimagination of Norse tales are the best, for anyone who might want to get started — but Greek mythology was the natural starting point. I remember trawling Wikipedia pages on various deities, reading up on historical interpretations and picking favourites between them all (Artemis…my love.) It was an interesting time of my life, one in which the love of self-driven learning dominated my weekends after school, and in a year where small comforts seemed hard to come by, Hades smacked that nostalgia button in my brain with a goddamn hammer.

I’d be lying if I said that I patently disliked any of the characters in this game. Of course, there were characters with flaws and issues to be resolved — Orpheus comes to mind, poor bastard — but like any well-written character, these grievances were well-managed and explained with the wider narrative. I’ve never been particularly interested in roguelikes, which is probably why I didn’t pick up the game sooner, but it was these characters, these loving re-interpretations of Greek myth that kept pulling me back to Hades time and time again. The art design is impeccable, with each and every god dutifully represented in their forms. The voice acting, even more so, brings out the overwhelming life ironically present within the depths of Tartarus. Megaera is by far my favourite in this category; something about her husky, rasping tone tickles my inner love for badass, take-no-shit women.

More broadly though, Hades is a narrative about growing beyond unfair expectations. For Zagreus, that means escaping the confines of his father’s suffocating hold on both him and his destiny. For the titular Hades, this means learning to love in a world that has taught him that he can only begrudge and belittle. The relationship between Hades and Zagreus is a bitter one but even more so, it’s a painfully human one that we get to help improve upon. I may not be the best at Hades and it may take me a year to get at everything it has to offer but I love it nonetheless and it deserves every ounce of praise lobbed its way.

For a long while, this year’s Animal Crossing was my one and only GOTY. Long before Hades lovingly swept me off my feet, Animal Crossing had tenderly nurtured me back into a sense of normality when all seemed terrifyingly fraught. In the first half of the year, Melbourne went into a city-wide Stage 3 lockdown. Being an eight-hour drive away from my parents and isolated from everyone but my partner and his family, I began to fall into an apathetic slump. Luckily, Animal Crossing: New Horizons had surged in popularity and, like almost half the population of Twitter, I was sucked into the vortex.

Far from my usual genre choice (anything that isn’t horror or narrative-heavy tends to escape my gaze), I expected to drop the game within a week, but something about it just kept me going. The beautiful visual design and simple, customisable island filled with little collectibles filled my days and afternoons with something, anything, to do except wallow in COVID-19 related lethargy: while I couldn’t see my friends, I could visit their islands; while I couldn’t go outside on an actual date with my partner, I could go fishing with him around the beach and fiddle with objects in his house; and while I couldn’t go out to real-life university and meet real life people, I could chat to the zany, enthusiastic and over-the-top villagers who always seemed to have time for me.

Animal Crossing arrived in the right place at the right time and brought comfort to many more people than just my weepy little soul. What keeps it out of my top spot, however, is the lack of a stronger connection to my village. Outside of lockdown, I’ve found little need for Animal Crossing. Compared to the way my mind often strays to internal re-enactments of Dionysus’ absolute “bro” behaviour, Animal Crossing barely crosses my mind these days (pun intended.) Maybe a break from the game was what I needed and coming back to it now, it’s good for some mindless wandering but overall, I’ve done what I expected and left the game behind. 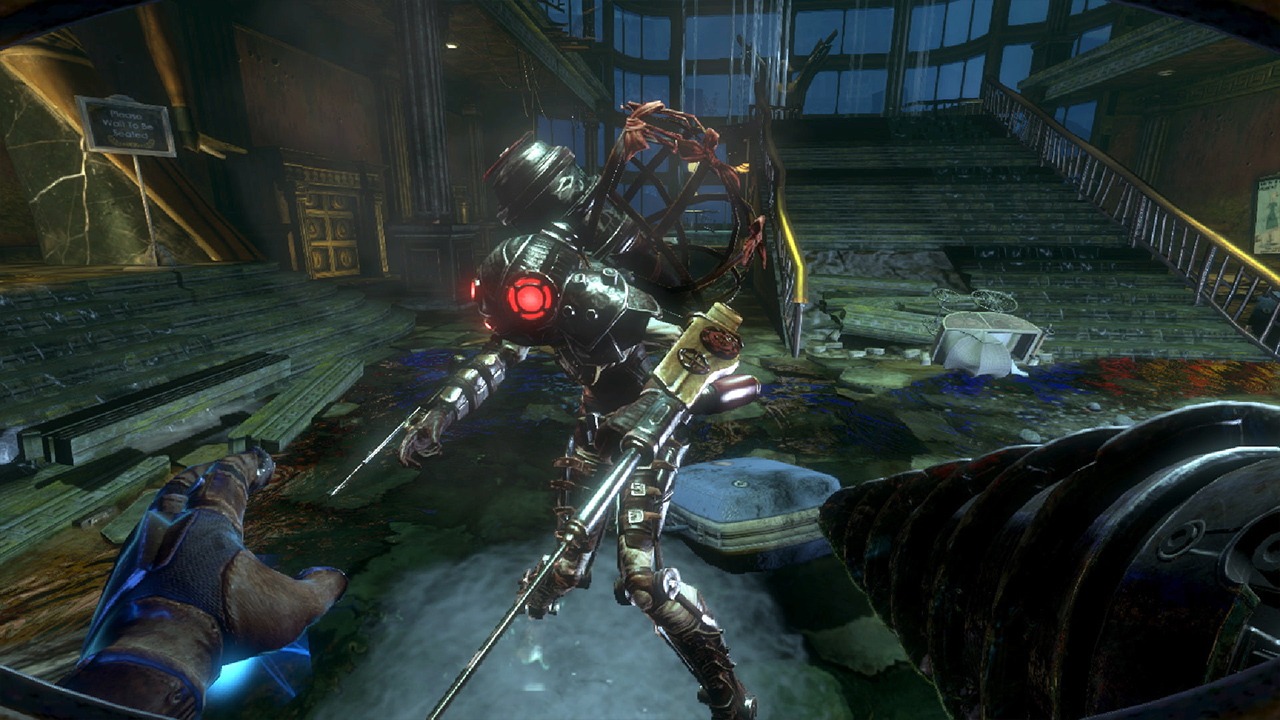 Bioshock: The Collection came out for Nintendo Switch in June this year. Coincidentally, in the lockdown prior to the first one this year, I had bought myself a Switch Lite as a sanity purchase after being forced into yet another lockdown in inner-city Melbourne. My undying love for Bioshock led me to impulse buy the collection the very moment it hit the Nintendo Store and oh Lord, I did not regret it. Each game runs smoothly, even on my little, baby Switch Lite and even without 60FPS, the games were gorgeously rendered. Not to mention, there’s a special novelty to engaging with Bioshock on a handheld. Being curled up in bed with my Switch in hand brings out a special kind of nostalgia to my DS days that was somewhat comforting in tumultuous times. I’m still yet to get through Bioshock 2 (my absolute favourite, do not even fight me on this) but this purchase was certainly worth my time. This was the year of comfort games, as I’ve already stated, and nothing is more soothing to me than a romp in the depths of a crumbling Rapture.

Hit: Among Us Crashing Into My Life and Ruining My Friend Groups

Among Us quite literally turned my friendship group into a swathe of FBI agents under constant duress. We fight, argue and scheme behind each other’s backs and it’s goddamn fantastic. The parasocial situation of being trapped in a Zoom call with two imposters and eight other paranoid, wannabe detectives created a whole lot of distracting fun while stuck in quarantine, as well as helping to form some genuinely strong bonds between previous acquaintances along the way. It’s strange for friendships to form under such environments, I know, but the wonderfully simple and charming conceptual design fostered an addictive and entertaining environment.

Among Us was a phenomenon and a half, one that is still ongoing within the YouTube lexicon and within my own friendships as well. With new content coming very soon, I can’t wait for more in-call screaming and accidental stack kills.

Yes, I’m vehemently aware that these prices are simply the standard for new hardware but what’s a poor university student to do with those prices?! Combined with the absolutely sold out nature of both consoles on release, I’m firmly rooted in the knowledge that I probably won’t be getting a next-gen console within the next century. Perhaps there’s hope for 2120? 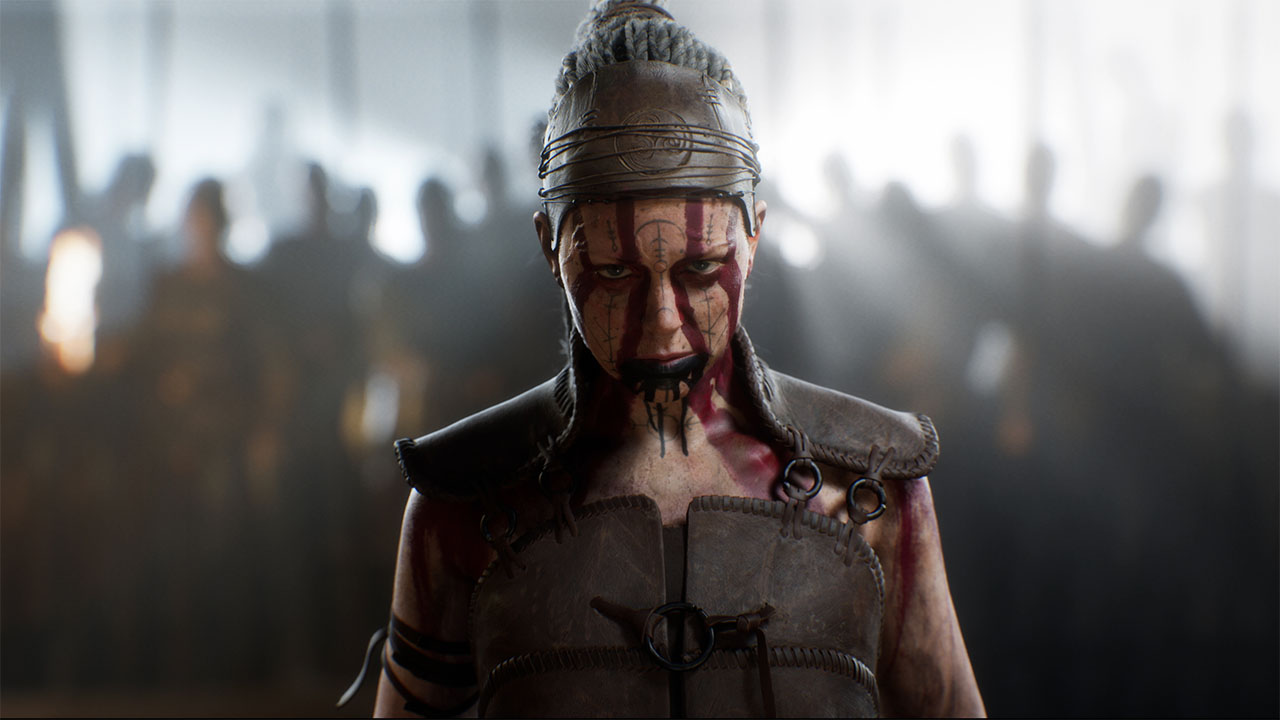 The original Hellblade was a spiritual experience for me. The well-researched, perfectly sound-designed and heart-wrenching tale of Senua’s descent into Hel and psychosis tore a hole in my heart like no other game ever has, as I’m sure it did for many others who’ve experienced severe mental illness in the past. When its sequel was announced, I nearly cried. Firstly, because oh my god, it’s happening. Secondly, because it’s an Xbox exclusive and I’m a pretty staunch PlayStation addict. I thought nothing could convince me to buy an Xbox in the near future but this one title — which I feel as if my very soul is tied to — seems to have changed my outlook. If this sequel is just as polished, well-written and impeccably soundtracked, I’m sure to love it just as much as the first.

My love for the Mass Effect series only quintupled earlier this year when I set aside the time to heal my broken heart with a solid 120-hour playthrough of all three games back-to-back. The original trilogy is a masterclass in effective world-building and characterisation — much like Hades, there’s not a single character that I could say I patently dislike (except Kaiden… fuck that guy). Imagine my excitement, months later, when BioWare announced the Legendary Edition coming out next year. The details of the edition are unknown and part of me desperately hopes that BioWare has the good sense to completely revise the gunplay and save system of the first game but I have faith that the devs will try their best to make this work. After the colossal failures of Anthem and Mass Effect: Andromeda, the studio’s bound to be looking for redemption. Thus, I have a lot of hope and just the tiniest bit of hype for what’ll hopefully be a loving revamp of the original trilogy.