The outrage is understandable, but there is still a fun fighter underneath

Alright, full disclosure — I am a Fire Emblem fan. Fire Emblem: Three Houses was my Game of the Year last year, so it stands to reason that I’m definitely going to be excited to see its main protagonist, Byleth, coming into Super Smash Bros. Ultimate as its latest DLC fighter. I can totally understand why other Smash fans would be disappointed to see the final slots in the Season 1 Fighters Pass being given to another blue-haired protagonist, another “anime sword user,” and especially another character from the arguably over-represented Fire Emblem series, but it’s important to take a step back and judge Byleth, Fire Emblem representation and character representation in Smash as a whole before casting any stones.

Before anything else, though, it’s important to distinguish between genuine characters and Echo Fighters — different characters from fighters’ original “home” franchises who are almost complete clones, sharing very similar movesets and designs as their original fighters and functioning almost identically — with minor differences, if any — in gameplay. Echo Fighters have previously been referred to as “clones” within the Smash community, with examples being Daisy, Dark Pit, Dark Samus, Ken and Lucina. This is an important distinction to make because, as series creator and director Masahiro Sakurai explained in Famitsu (as translated by Soma at Source Gaming), Echo Fighters don’t take too many resources away from other fighters. It is therefore fair and reasonable to suggest that we should not consider these Echo Fighters as “taking up a roster slot.” 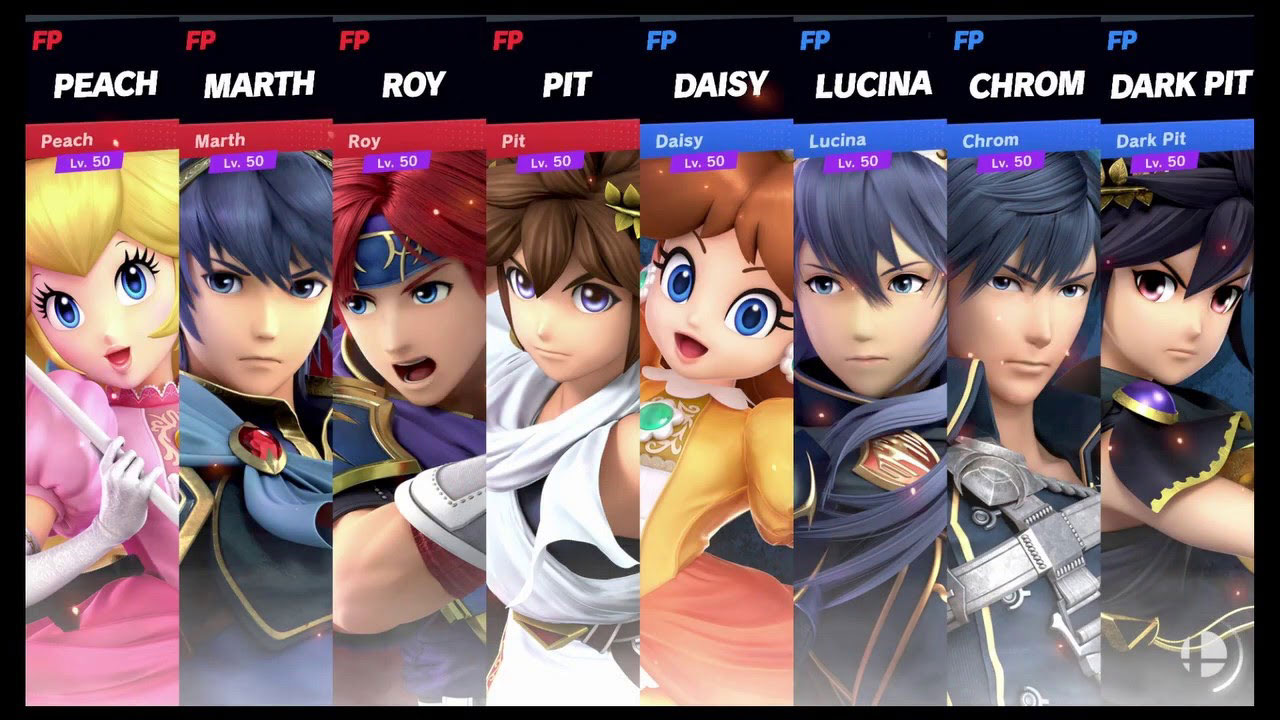 Original fighters compared with their respective Echoes — note the similarities!

With that in mind, we can eliminate Marth and Roy’s Echo Fighters, Lucina and Chrom, from consideration as Fire Emblem representatives on the Super Smash Bros. Ultimate roster. That brings the Fire Emblem count up to six unique fighters (including Byleth) compared to Super Mario’s ten (including Wario and Yoshi and excluding Daisy), Pokémon’s eight and The Legend of Zelda’s six. Those figures are easy enough to understand considering that those titles figure quite strongly in Nintendo’s portfolio over the past few years, but the fact remains that Fire Emblem is one of Nintendo’s real modern success stories, with Three Houses cleaning up at The Game Awards. Based on that, it’s hard to argue against including its protagonist in Super Smash Bros, so it then becomes a question of whether the Fire Emblem characters are unique enough to warrant separate slots in Super Smash Bros. rather than just being released as additional Echo Fighters.

Looking at each fighter individually, we can see that Fire Emblem’s six representatives are all unique: Marth is a light spacer who rewards smart, precise play; Roy is a rush-down sword user who likes to keep his opponents close to them; Ike is a slow, heavy character who encourages patience while attacking; and Robin requires you to think four moves ahead with limited but powerful spells creating opportunities for Levin Sword kills. Even Corrin — despised as they are for “ruining” Smash Bros. for 3DS and Wii U’s DLC — plays more defensively, pestering their opponents with projectiles to force an approach rather than getting involved directly. I’m not going to argue that there are no similarities at all, since each character does have a sword and a counter that are integral to their kit, but Robin’s spells, Corrin’s transformation and Byleth’s range of different weapons mean that there are more than enough differences to warrant their places in Super Smash Bros. Ultimate. 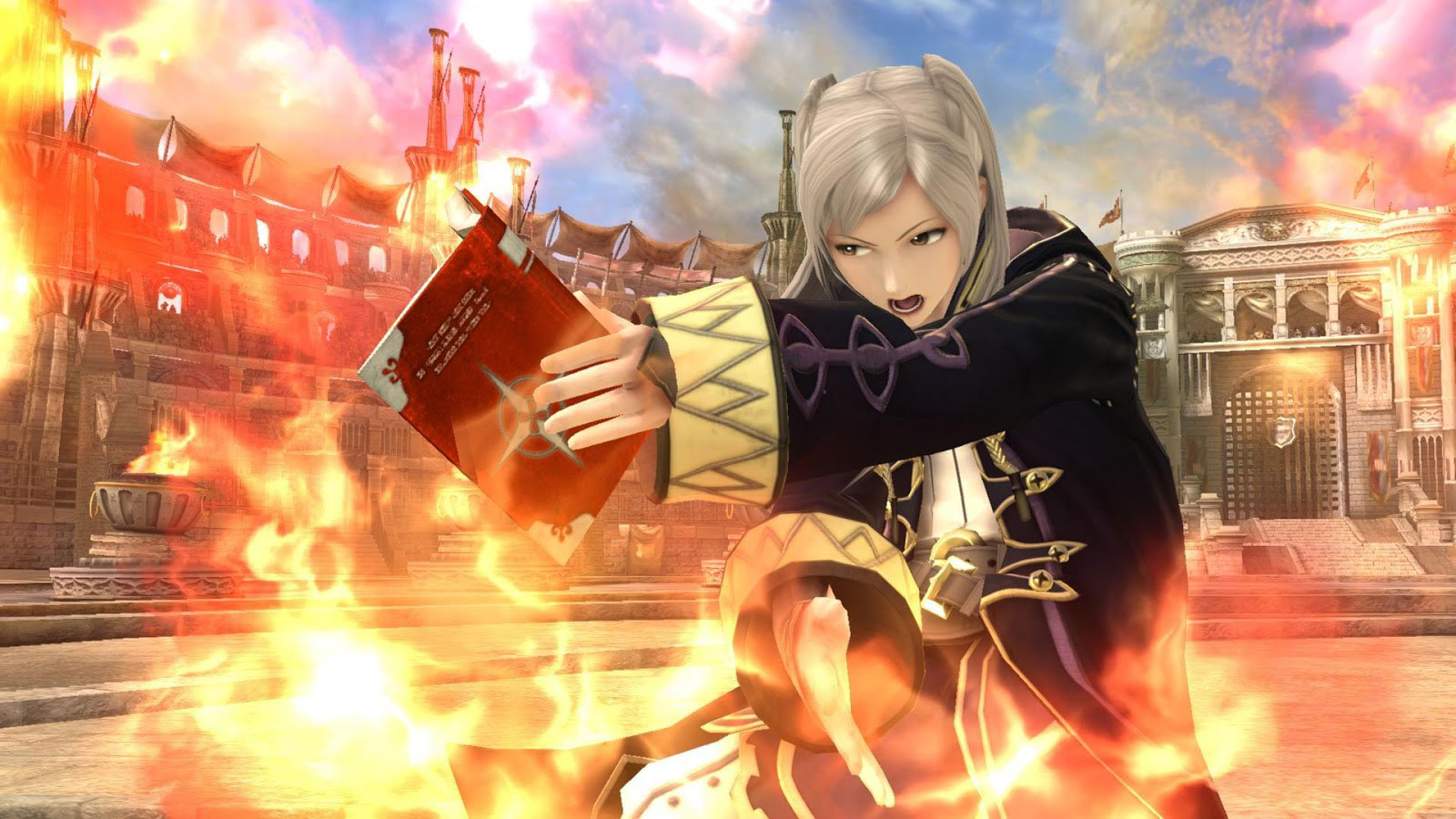 Robin proves that not all of Super Smash Bros.’ Fire Emblem fighters are the same.

If there’s one word that I feel best describes Super Smash Bros. Ultimate’s newcomers, it’s “unique.” The Fighters Pass is great evidence of that: Joker’s Rebellion Gauge allows him to summon Arsene to help him on the battlefield; Hero incorporates elements of randomness and chance, Banjo-Kazooie uses the limited (but unbreakable) Wonderwing move, and Terry Bogard comes with a whole set of unique command inputs. All of these features are new — or at least relatively so — enough to help their characters stand out from the sea that is Super Smash Bros. Ultimate’s roster, so let’s examine how Byleth stacks up.

First thing’s first, Byleth isn’t just “another sword user” — their reveal trailer even outright denies that — as he also uses an axe, a bow and a lance in his attacks. Conveniently, those are the only other weapons that are yet to appear in a Fire Emblem fighter’s kit. Furthermore, Sakurai himself describes Byleth as a “distance demon;” based on the gameplay demo, that means they’re at his best when they’re pressuring opponents with impressive range. The bow gives Byleth excellent horizontal stage control, while the lance and sword-whip give them superiority in the air. Granted, Byleth’s not the most unique fighter on the roster, especially when compared to Joker or the Inkling, but there’s enough at play here to differentiate them from the rest of the Fire Emblem characters in Super Smash Bros. Ultimate’s cast and the rest of the roster as a whole. That alone makes Byleth well worth a spot on Super Smash Bros. Ultimate’s fighter select screen.

Of course, it’s definitely true that people can love a character based on their personality rather than on their actual functionality — we saw that in the fan outcry when Capcom cut Magneto from Marvel vs. Capcom Infinite and the hugely negative response to then-community manager Peter Rosas’ assertion that fighters are “just functions.” It’s also true that not everyone wanted to see another Fire Emblem character in Super Smash Bros. (hell, even I would have preferred someone from a less-represented franchise), but that doesn’t at all mean that those who bought the Fighters Pass are getting ripped off with a boring fighter. I wonder if we’d be having this discussion at all if Byleth wasn’t the last fighter released on the Fighters Pass, or if he had been announced as the last fighter in the lineup before it even started; the fact of the matter is that this was just a disappointing end to an otherwise brilliant DLC lineup, but that doesn’t mean that there aren’t any positives to be found.

Ultimately (pardon the pun), I believe that Byleth will make a fine addition to Super Smash Bros. Ultimate, and although I’m just as disappointed that Fighter #75 is another Fire Emblem representative, there are still 74 other fighters to use, with another six on the horizon. Either way, Super Smash Bros. Ultimate is not Fire Emblem, the fighting game where every character plays exactly the same; there’s enough variety and fun for everyone — and Byleth is sure to be a part of that.

Allah willing, byleth shouldn’t be in the game

[…] took a deep dive into Super Smash Bros.’ latest addition, Fire Emblem: Three Houses’ Byleth, and why all the outrage surrounding their addition has left […]