Starcolt and the Doggone Business of Best Friend Forever

Starcolt is a Wellington-based New Zealand studio that has recently released its first game: a dating sim with the added features of a pet trainer game, called Best Friend Forever. Launched on Nintendo Switch and via Steam back in June (and reviewed here on Doublejump soon after), it puts the player into the role of a singleton new to the dog-friendly town of Rainbow Bay, ready to adopt and train a new four-legged best friend (forever)… and date a few cuties along the way.

We caught up with Gamerunner Calliope Ryder to learn more from behind the scenes of Best Friend Forever, including how the studio’s location influenced the game’s setting, and which pup is the best choice!

Let’s start by talking a little bit about the idea behind Best Friend Forever. What was the driver behind making a dating sim-type game?

We love dating sims, and we love dogs – and for our first title, we really wanted to work on something that was wholesome and said something about us as a studio, as well as exploring simulation games, which is where our main interest lies. Best Friend Forever was a great catalyst to jump into it!

Why did you decide to make dogs — and caring for them — such a major component of the game?

Best Friend Forever is, at its heart, a hybrid between a training sim and a dating game. It’s not that the dog caring is a major component, but that it’s the concept behind the game and why we wanted to make it. We wanted to give millennials the opportunity to experience something we don’t often get to — dog ownership — as so many of us are in rentals or life situations where it’s impossible for us to adopt. 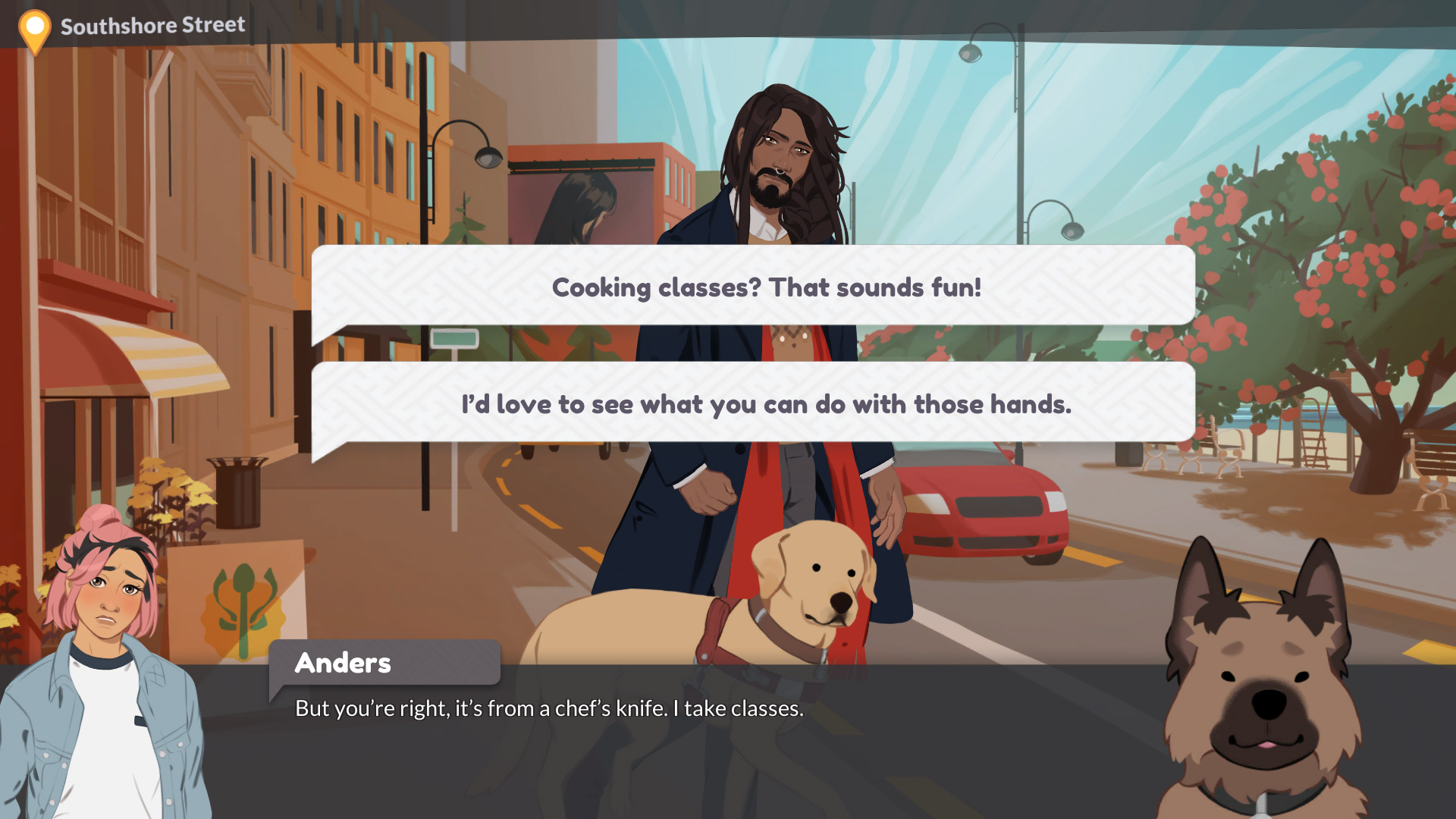 Your studio is based in Wellington, New Zealand — did the local scenery inspire Rainbow Bay at all?

Absolutely! Some of the background images are even based off areas we scoped out in Wellington — Google Maps was very helpful for this. Notably, Southshore and the first background, as you’re in the bus arriving in Rainbow Bay, are very closely matched to actual vistas in Wellington.

Best Friend Forever celebrates diversity in its characters — why was it important to you to have such a diverse cast?

We didn’t have a list of check boxes for diversity, but as a studio we’re a bit fatigued by seeing the same type of cast over and over again. We wanted to make sure the love interests had a bit of something for everyone, and that they acknowledged some of the varied complications and lifestyle realities that can come up during dating, especially ones we felt dating sims often skipped over. Including parenthood, disabilities, responsibilities, and difficult live-in situations was our way of making sure the characters felt authentic and realistic.

Was there any dog content that unfortunately had to be cut from the game because of time or technical constraints?

There were a few things, yeah, but I don’t want to go into them too much as we’re continuing to push out content patches! We’ve already pushed a few mini content patches, and we’ve asked the community what it would like us to prioritise next, so we know where our next steps are. Watch this space! 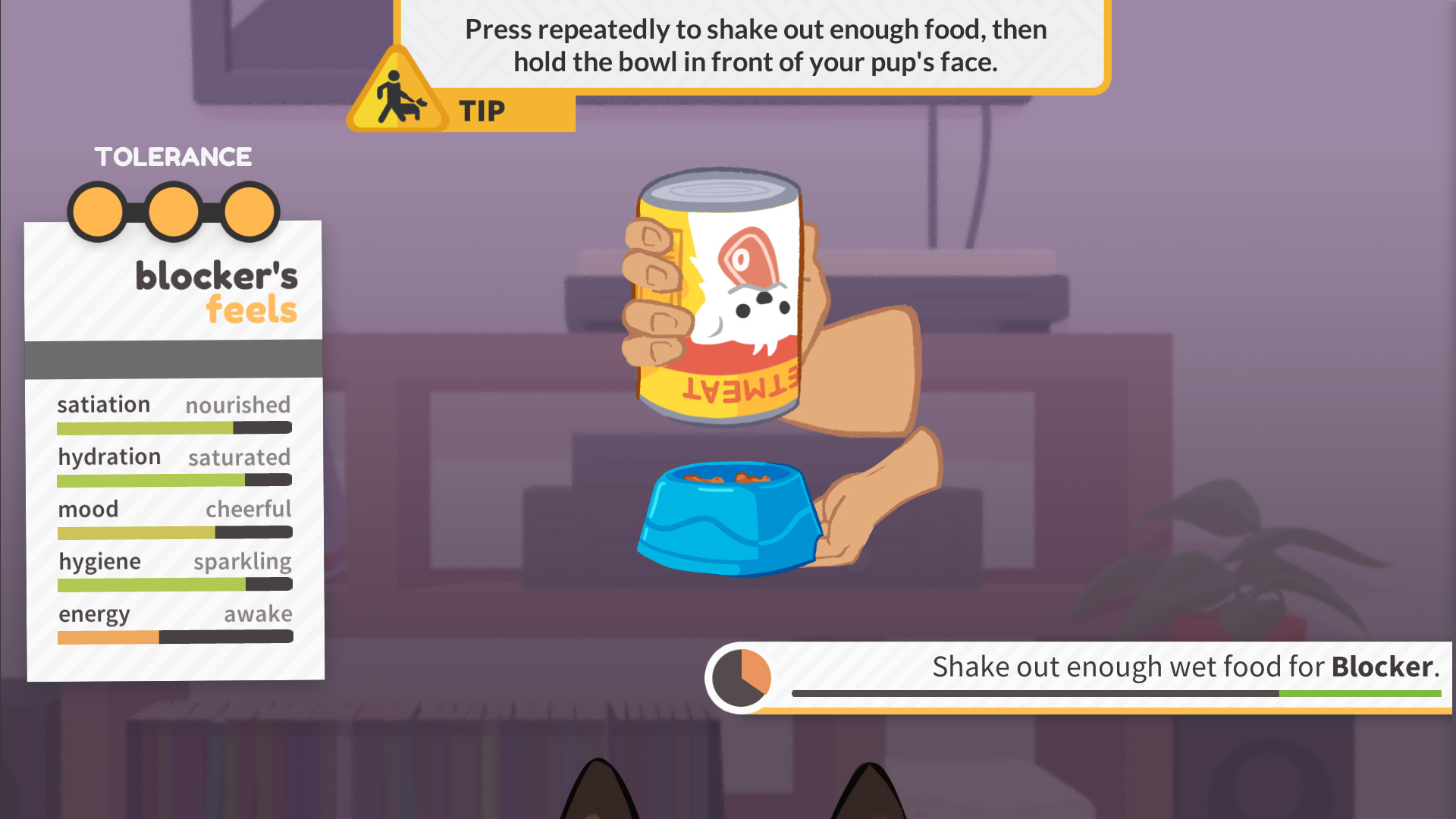 Did you draw on any of the team’s real pets when creating the dogs in the game? Are any of the humans inspired by real people?

Our studio does have a few fur babies — some owned, some that we occasionally borrow to bring into our dog-friendly office — but no, none of our pets have been featured in BFF. We do, however, feature our fans’ dogs in the game, after we had a competition that folks could enter their pups in. Every dog that isn’t your own in Paws Academy is an artistic representation of the winning real dogs (and their real name!). In Junebug’s case, their owner submitted a picture in a bee costume, and there was no way we were going to get rid of that. Now Junebug is in fancy dress every day.

Where would you like to go next as a studio?

We’re very excited for our next steps, and we’ve already started working on the next project. Be sure we’ll stick to our motto of dealing in feels!

Toughest question — which of the puppers in the game is the best boi?

Oof, question of the year. I’ve got a massive soft spot for the Mutt. I usually swap between him and the Staffy, but everyone in the studio has their own favourite, so this in no way represents Starcolt as a whole!

Thank you to Calliope Ryder for lending her time to do this interview! You can find Best Friend Forever on the Nintendo eShop or on Steam — and you can follow Calliope and Starcolt on Twitter to keep up to date with the game and the company behind it.

[…] had a chat with Starcolt’s Calliope Ryder about how the studio came up with the idea for its dog training dating sim, Best Friend […]