Infinite – Beyond the Mind Review — An Action-Packed Sister Act

Infinite – Beyond the Mind hits with a nostalgic edge and showcases some of the best qualities an indie title can offer. Published by seasoned indie publisher Blowfish Studios, Emilie Coyo’s debut release has a unique art style and a punchy soundtrack, and — perhaps most importantly — it’s brimming with the energy and passion of its developer.

The game has players choose between two one-woman armies, Tanya (the blonde-haired, scarf-rocking adventurer) and Olga (the bare-footed, white dress-clad badass). Living in the tyrannical Beljantaur Kingdom, one of the women — the one you don’t choose — finds herself abducted by Queen Evangelyn and the other is forced to rescue her friend and take down the evil queen in the process. In this pixel-art, 2D action-platformer that offers swathes of unique chibi-style enemies, fluid combat and bulletstorm sequences, momentum is the clear focus.

Threats come from every direction.

The game allows players to maintain their momentum by ensuring that attacking or touching enemies has no impact on your movement speed, while dashing grants invulnerability to add to that. Every level builds upon the last with new enemies and mechanics keeping the experience fresh and fluid: enemies start shooting faster, floors fall, missiles drop and spotlights mark sniper fire, keeping you on your toes and rewarding quick plays and memorising enemy tactics.

Much like the level design, the boss battles are dynamic experiences and present a fresh challenge for each world. Visually engaging with powerful attacks and phases, taking down a big bad is a hard-won triumph that feels satisfying even in the replays. Except for the second-last boss. The penultimate bad guy is an insta-death, wall-jumping game of patience that utterly stalls the flawless execution of momentum found throughout the rest of the game. 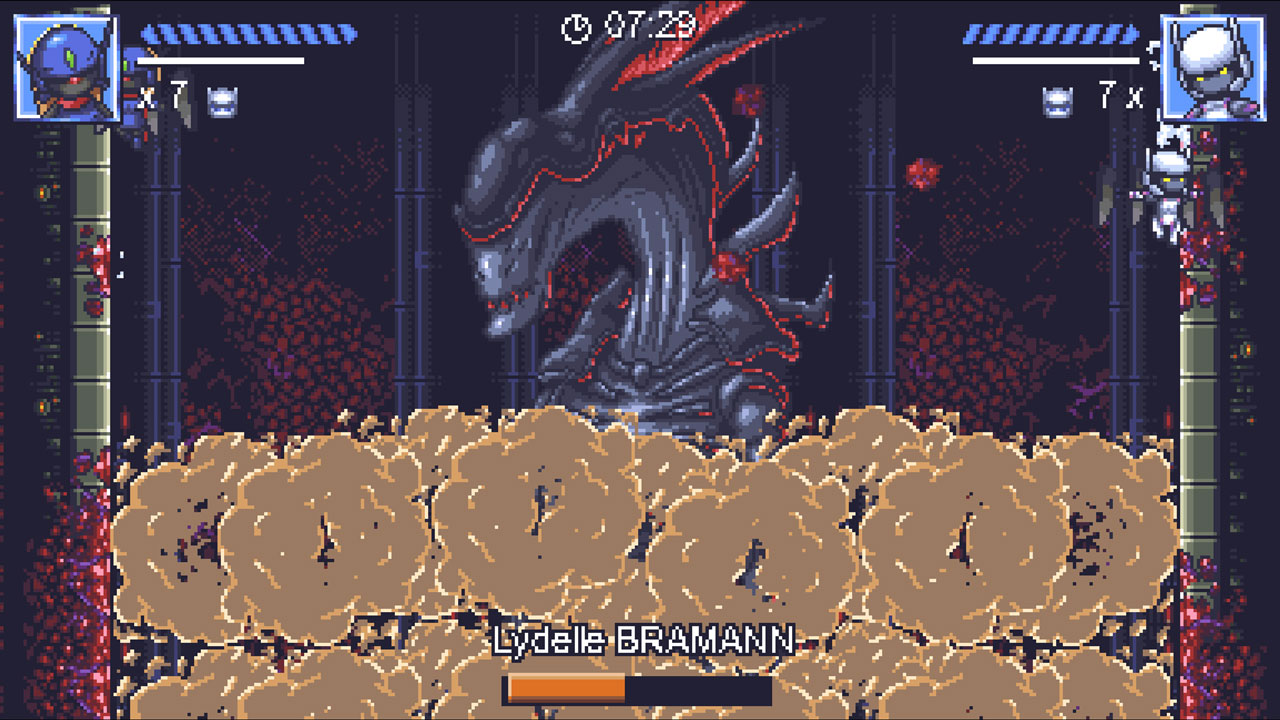 A nightmare of a boss, and not just in appearance…

To its detriment, Infinite – Beyond the Mind is so quick to get to the action it skips opportunities to explain itself. In my first playthrough on the hardest difficulty, I hit the dreaded Game Over screen on World 4 and was promptly returned to the beginning of the game, later to discover that the Easy and Normal difficulties offer extra lives and save-points while Expert is a gauntlet run that pays homage to the difficulty of old arcade games. A text box stating as much would have been greatly appreciated.

After a solo run, I wrangled a second player to join me for a co-op run on Easy mode and, for the most part, Infinite – Beyond the Mind balances the co-op experience quite well. Every level offers branching paths to reach the goal with verticality as the main divide; in the co-op mode, players need to share the same screen space and straying too far apart teleports one player to the other. This creates some fun opportunities in ground cover, with one player running down commandos on the roof while the other handles tanks on the ground.

The co-operative mode does start to strain in later levels, where the platforming becomes more complex and players occasionally need to share the same pixel to navigate certain obstacles. There is also a particular bubble-jumping section over a pit that, while short, induces trauma by constantly triggering the player teleport mechanic and risking that dreaded Game Over screen. 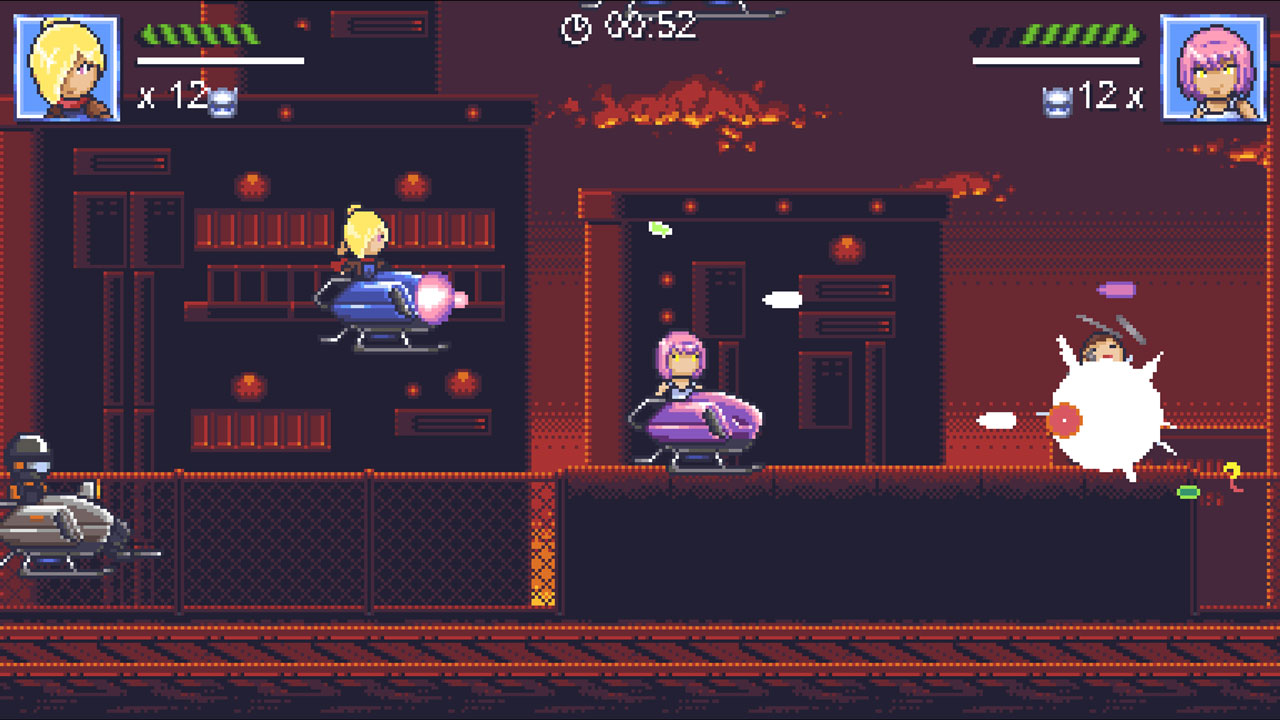 Infinite – Beyond the Mind mixes it up with side-scrolling bulletstorm sequences.

When the jankiness rears its head in the co-op mode, though, the overall game and level structure picks up the slack. Restarting levels isn’t daunting, as the focus shifts to a speed-run rather than wave clearing, and that applies to the entire game; Infinite – Beyond the Mind is designed for replays, chasing quicker times, higher scores and the ecstasy of getting through the gauntlet that is its Expert mode.

Infinite – Beyond the Mind is an action-packed delight that builds momentum from the first chibi-styled enemy to the final bulletstorm blowout. With a few rough edges, this indie title offers a solid platforming experience for both solo players and co-op setups to replay and master.

Tom reviewed Infinite – Beyond the Mind using a retail Xbox One code provided by Blowfish Studios.