Like the rest of the planet, I was excited for Red Dead Redemption 2. I was one of the millions who bought a copy at launch, though mine arrived late and I missed the launch weekend (thanks, JB!). Eventually it arrived, I waited the half-hour or so for it to install, and I tested it out.

In its first few hours, Red Dead Redemption 2’s glacial pace is refreshing. It’s something of a ‘life simulator’ with this leisurely, relaxed rhythm that wants players to embrace its elderly gait. Its mood is calm. It’s a game where rushing through it, or even focusing on the main story at all, feels like the ‘wrong’ way to play it. It might be the first game where I find myself walking all the time because sprinting looks weird and uncanny in its convincing natural world. I almost never sprint in real life, so why would I sprint here?

There’s an art to this pace. It wants players to take it slow, to engage with the world around them naturally. By randomly filling in the world with scenarios – a bandit ambush, a hold-up, a bystander asking for a ride, a convict on the run from the lawman behind them – Red Dead Redemption 2 asks players to embrace opportunity where they find it and progress through its main story in the same way.

Four to five hours in, though, I hit a wall. Compared to all the other long-winded experiences on the market, or even just other Rockstar titles, Red Dead Redemption 2 is one of the most transparently time-dependent games I’ve ever played. It vacuums my time away. It’s hours later and it feels like almost nothing happened. While I respect the ambition and intent, I just can’t justify playing Red Dead Redemption 2 when it feels so wasteful of my time. 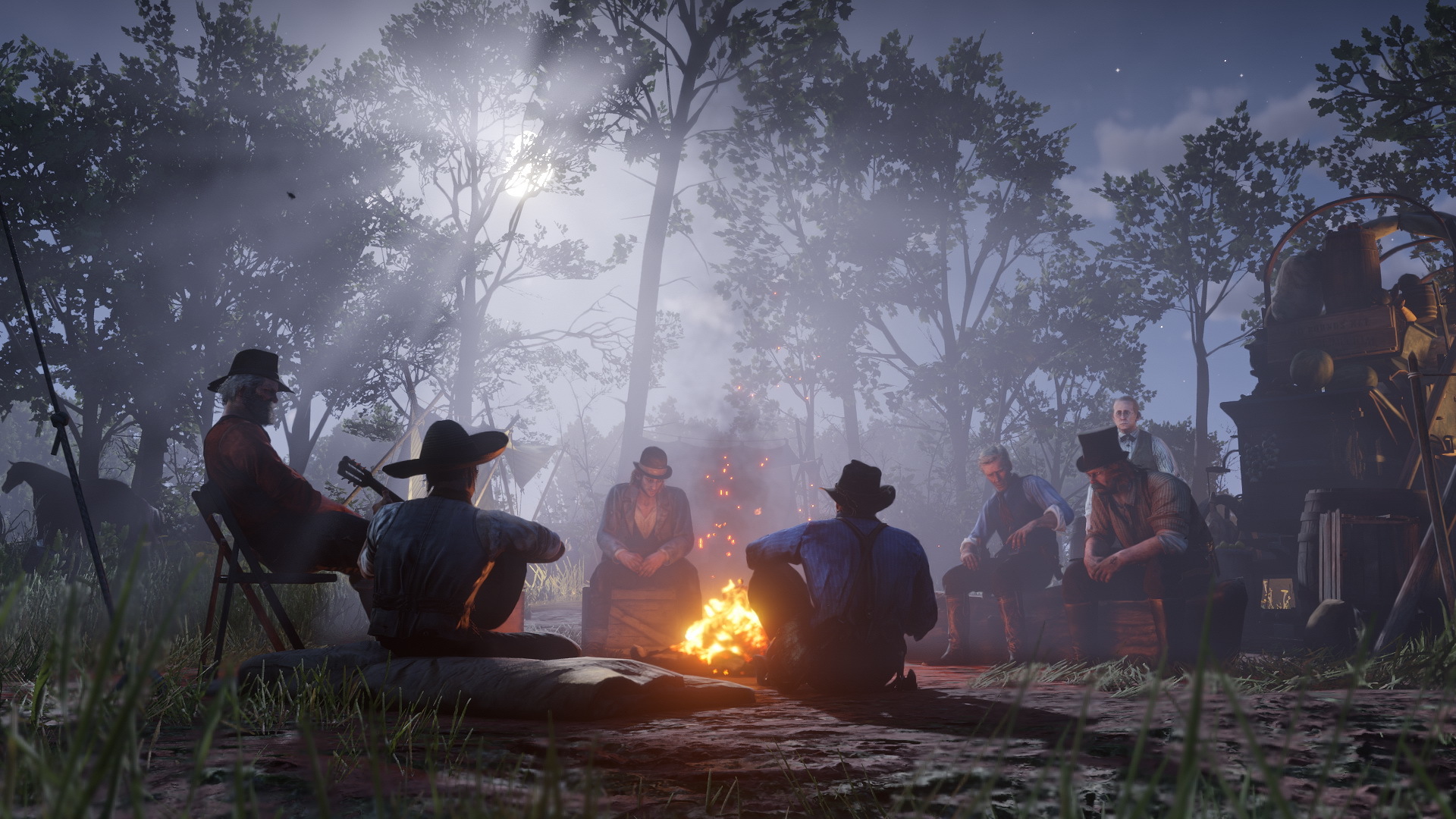 I’m not even that busy. I’m single, I don’t have kids, and, outside my own personal projects, my list of responsibilities currently leans towards ‘none’, and yet Red Dead Redemption 2 still feels like a game I just don’t have time for.

Red Dead Redemption 2 isn’t necessarily longer than other current games. It just makes all the time I spend playing it, all these hours of my life, feel like an investment. I find myself thinking of it like an hour-long TV drama or some tome-sized novel – as something to complete instead of play, even if I enjoy it.

The controls are part of it. Even as an insane person who loves how Grand Theft Auto IV plays, Red Dead Redemption 2 can feel like a struggle, especially during its opening act. As Cav noted in his review, Red Dead Redemption 2 suffers from pretty severe input lag – very rarely a problem for myself but it’s an obvious issue – with layers upon layers of unique mechanics. More of a ‘life simulator’ than any other Rockstar-developed game, Red Dead Redemption 2 ends up with this incredibly convoluted control scheme that’s almost completely reliant on context.

In gameplay, where so many unique mechanics are purely contextual, playing Red Dead Redemption 2 becomes a game of watching the bottom corner of the screen for relevant button prompts. As if I’m drunkenly controlling a marionette, it’s a struggle to even position yourself where you want before taking the action you wanted thirty seconds ago. Between watching your five(!) unique status bars, where you are on the map, your character and the world around you, it’s legitimately exhausting. Unique and compelling, but exhausting.

It doesn’t stop there. 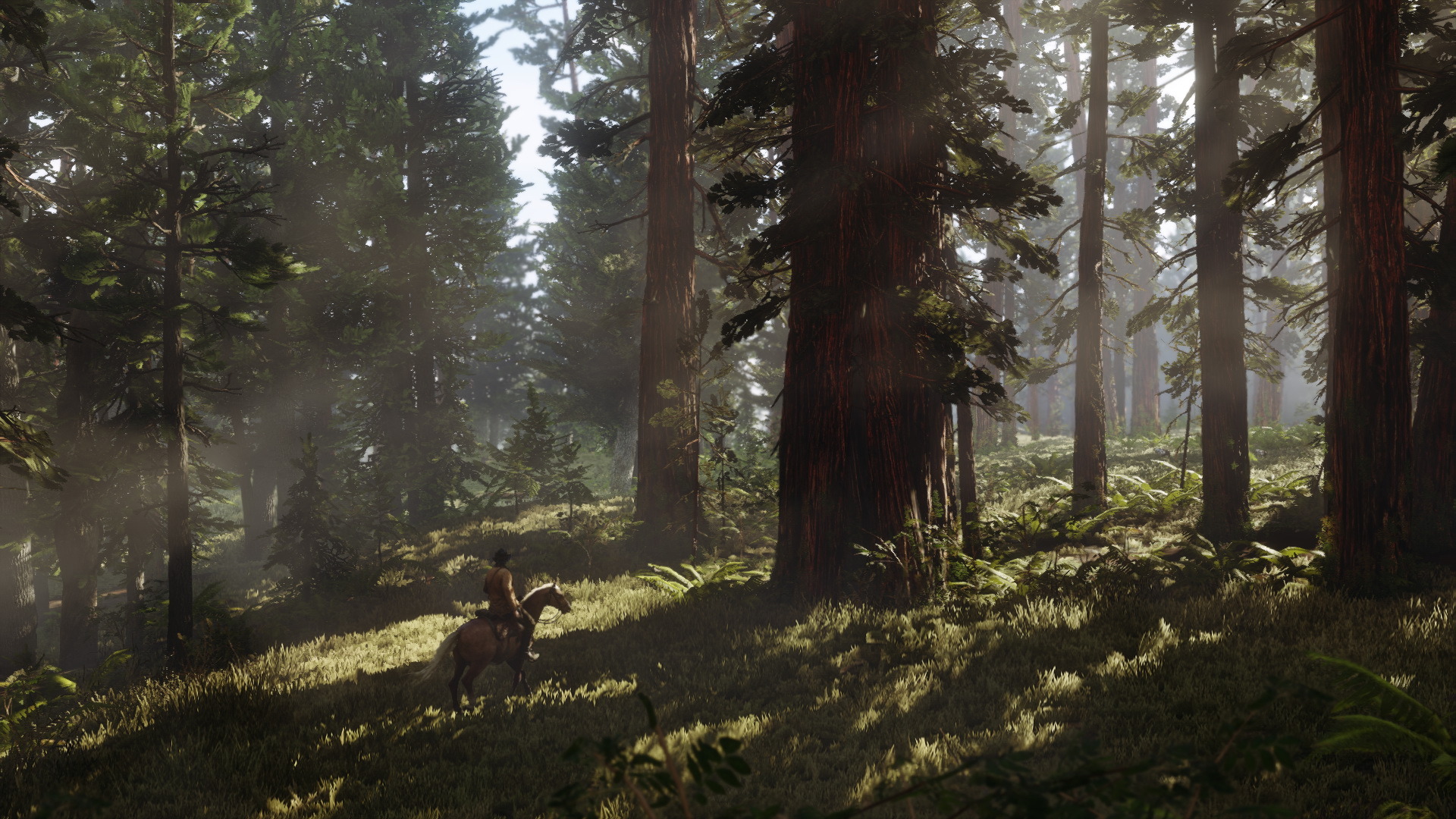 As Arthur Morgan, a long-time member of the Van der Linde Gang, your actions revolve around and are in service to the gang. The first few hours of Red Dead Redemption 2 is already one of the most memorable and unique experiences I’ve had in a game, but it’s also – by design – less rewarding moment-to-moment. As the prologue makes very clear, Red Dead Redemption 2 is a slower title where patience takes centre stage.

There’s definitely something expressive and artistic about it, with a pace and setup that not only encourages but almost requires that players engage with its dense atmosphere and natural demeanour. It’s a game that’s mostly experienced on horseback, at a mild trot, while chatting with someone beside you. It’s a game where each mission (or any objective whatsoever) is a five-to-ten-minute music-less horse ride away, feeling every second as you diligently watch your numerous status bars.

I don’t say this as criticism (at least not entirely). That’d be like criticising a documentary for having too few car chases or Fast & Furious 16: Here’s Another One for having too many. It’s just the nature of the title. 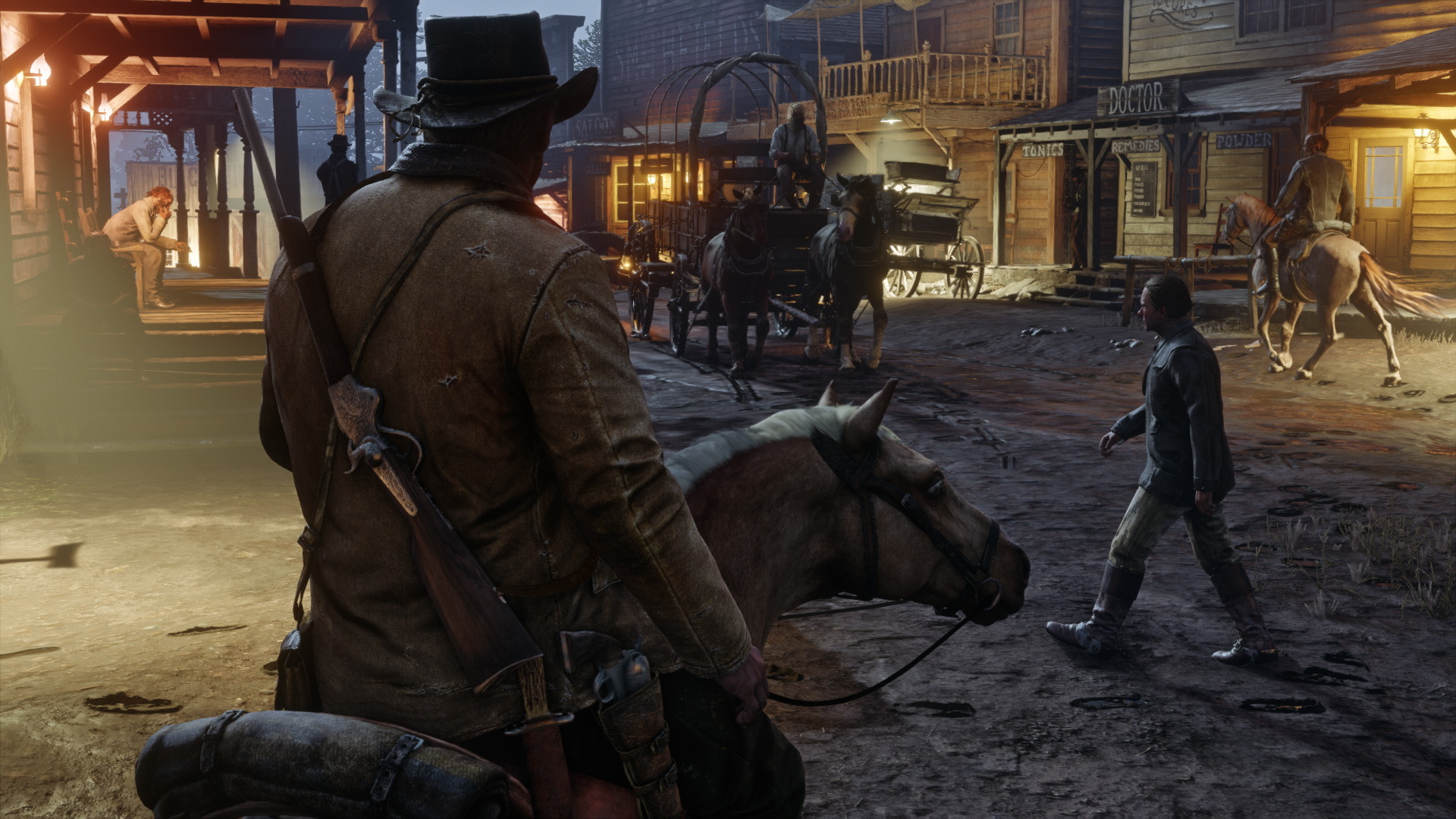 In Red Dead Redemption 2’s case, Rockstar has crafted a game that intentionally drains your time away, whose strongest traits are its characters, story, world and how these things combine into a powerful overarching journey. According to Rockstar, this needs hours upon hours of my time, but I’ve had my fill. A few hours in and I already feel like I get it; I understand what Red Dead Redemption 2 is and I can move onto the eighteen other games releasing this holiday season that also take dozens of hours to finish.

I do want to play it. It’s an impressive game in every respect, the cast is phenomenally written and performed, its initially aimless, wandering story is intriguing and I want to see more of its giant world. I’ll probably return to the game in a few months, when the avalanche of game releases slows down for a minute.

For now, though, Red Dead Redemption 2 returns to the shelf.

ok, but… WHO THE FUCK CARES?

People such as yourself who have taken the time to click through and read the article. Thank you for the support!

Not to mention those who’ve sought out an article that’s two months old to make this comment. Congrats, you’ve stumbled upon a discussion piece.