Ghost of Tsushima Review – In the Shadow of the Open World

If there’s one type of game that’s become rampantly synonymous with the eighth console generation, most would agree that it’s the open-world genre. With both a plethora of new IP and established franchises turning to the popular formula, it’s quickly become stagnant and repetitive. Sucker Punch Productions’ latest release, Ghost of Tsushima, encapsulates the best and the worst of these open-world games, all while trying to deliver on the dream of being a badass samurai in feudal Japan. It’s also a final showing for the PlayStation 4, before the PlayStation 5 releases later this year. The end result is a game with palpable ambition and potential that it can’t always capitalize on, but that you can’t help but enjoy for what it is anyway. 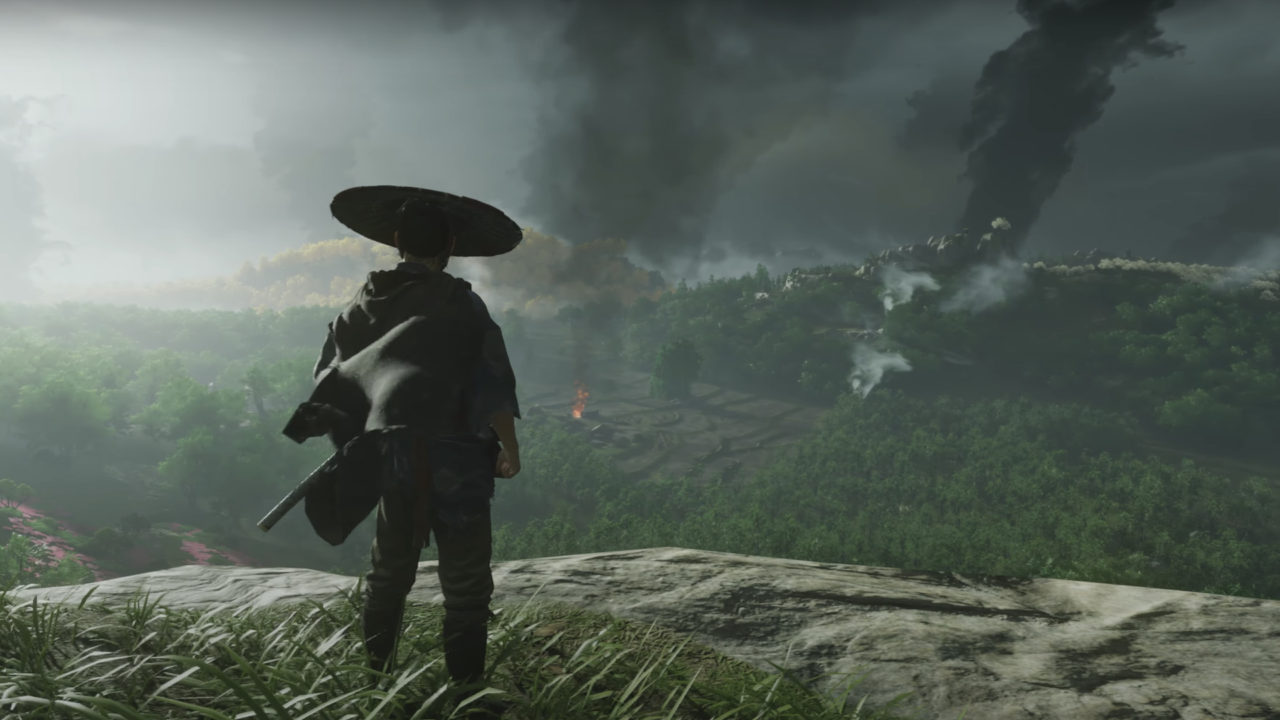 Ghost of Tsushima is set in the year 1274, in the midst of a Mongolian invasion of the Japanese island Tsushima, whose samurai have failed to protect their people and their land. The Samurai and Shogun presence on the island is scattered and dwindling, and it’s up to our protagonist, Jin Sakai, to drive the Mongols out and take back Tsushima. It’s never quite that simple, though, and Jin quickly learns that he needs to fight dirty and utilize unorthodox tactics that go against the code he’s been practicing for all of his life. It sounds like a pretty by-the-numbers story — and that’s because it is — but that doesn’t stop it from having some great emotional moments between its interesting cast of characters, and there’s even two endings to incentivize replay value. The story is told across three distinct acts, giving it a strong sense of structure and pacing as it unfolds. It doesn’t do anything ground-breaking, but it will at the very least entertain you with a few twists and turns along the way.

Ghost of Tsushima’s open world is largely similar to The Legend of Zelda: Breath of the Wild’s. The map is initially covered in fog, and your main form of direction is the way the wind travels. It creates an initially mystifying experience, a sense of awe and wonder about the world, but the illusion of it all slowly falls apart as you explore. Following a fox to shrine for a charm slot upgrade is great the first time around, but the simplicity of it quickly becomes mundane after your first few. Much like a Ubisoft style open world, Ghost of Tsushima falls victim to many of the tropes found within the genre: repetitive activities, generic encounters, and a long list of things to do all over the open world. I understand that this prospect excites some, but the lack of innovation left me feeling largely disappointed at what was on offer here. 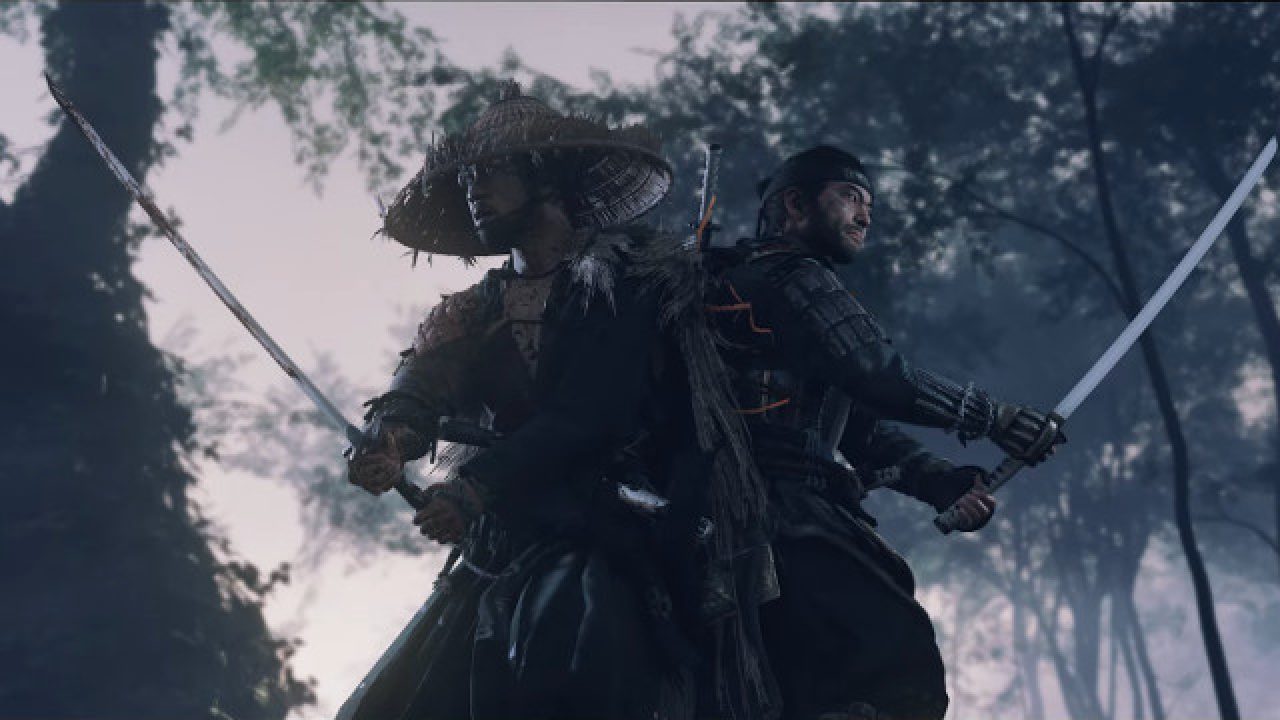 Ghost of Tsushima’s mission structure is quite unique, though. As noted, the game’s main narrative is split into three acts, each one unlocking a new part of Tsushima for you to explore and liberate. In the meantime, the game offers “tales” to complete, which follow a story thread involving one of the many side characters you’ll meet. These tales are well-written, interesting, and engaging insights into what makes these characters tick, and often bear rewards that make them well worth the time. Unfortunately, the same can’t be said for its main quests, which largely follow your standard “go here and do this” formula. There’s no real incentive to complete these, and they feel more like filler than anything else.

With that being said, the place where Ghost of Tsushima really excels is in its combat system, customization, and player expression. Typical engagements are similar to what you’d find in the older Assassin’s Creed games; the game rewards you for playing patiently, and you also feel much more badass and calculated. Jin has four different stances he can use, each one effective against different enemy types, which forces you to change stances and adapt to situations on the fly. Each stance has different light and heavy attacks, which build-up a stagger meter similar to the one found in Sekiro: Shadows Die Twice. Dealing damage to enemies fills Jin’s “resolve”, which you can then consume to heal or perform attacks that bypass guarding entirely. It creates another on the fly element of risk and reward, similar to Marvel’s Spider-Man’s focus meter.

Parrying is also a big part of combat, providing a free hit if you manage to time it at the last second. Jin can also use his gadgets and tools to get the upper hand in combat, and whether or not you get bored of this system largely hinges on how much you put into it. It all comes together to create a combat system that feels satisfying to learn and master, especially if you put the effort in to learn all of its nuances and possibilities. The game’s boss fights strictly limit you to sword combat, though, which tested all of your swordsmanship skills and makes them some of the most challenging — and entertaining — encounters in the game. 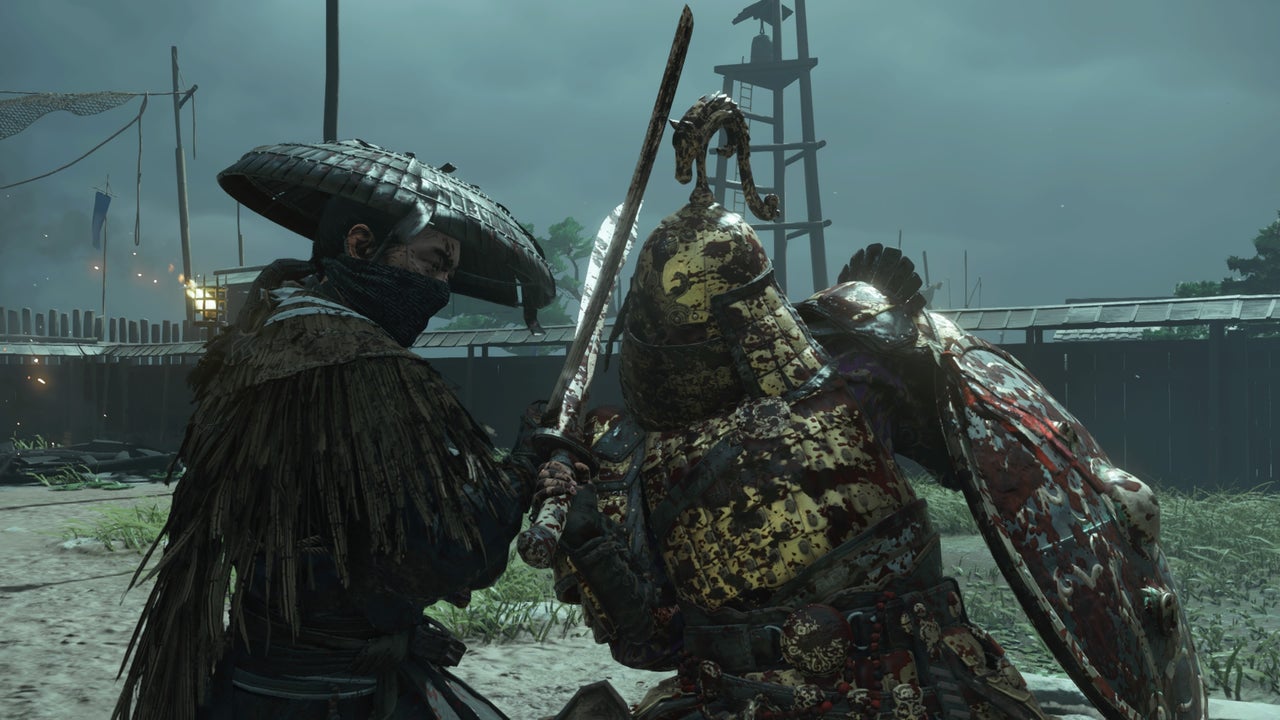 The stealth options, on the other hand, are a bit of a mixed bag. While it’s fun to sneak around outposts and dispatch everyone without being seen, it felt a little too easy sometimes. I played on the hardest difficulty available and constantly found myself getting caught on purpose so I could do some actual combat while liberating an outpost. There were far too many occasions where I should’ve been caught but wasn’t; the ability to pop a smoke bomb as soon as you get seen to slink back into the shadows, pick people off from afar with a bow or poison darts, and the numerous distraction tools available to Jin trivialize the stealth encounters. Although this isn’t a major issue since you can just choose not to use stealth, it’s disappointing that the enemy AI wasn’t fleshed out a little more to make it more complex and challenging.

The biggest allure that these Ubisoft-style open worlds have is the ridiculous amount of progression attached to each and every activity. Ghost of Tsushima fully capitalizes on this aspect by providing some kind of reward no matter what you choose to do. Completing missions and clearing outposts will net you Legend rank across the island, which is effectively a level up system, earning Jin points to put into his numerous skill trees. Additionally, you can upgrade your weapons and armor with the materials you find scattered across the world, and you can even find dyes to customize your sets’ colours to your liking. It creates a pseudo-endgame for those that are interested in that sort of thing, where you can pair particular armor set bonuses with Jin’s skills to create your own samurai builds that fit a particular playstyle. 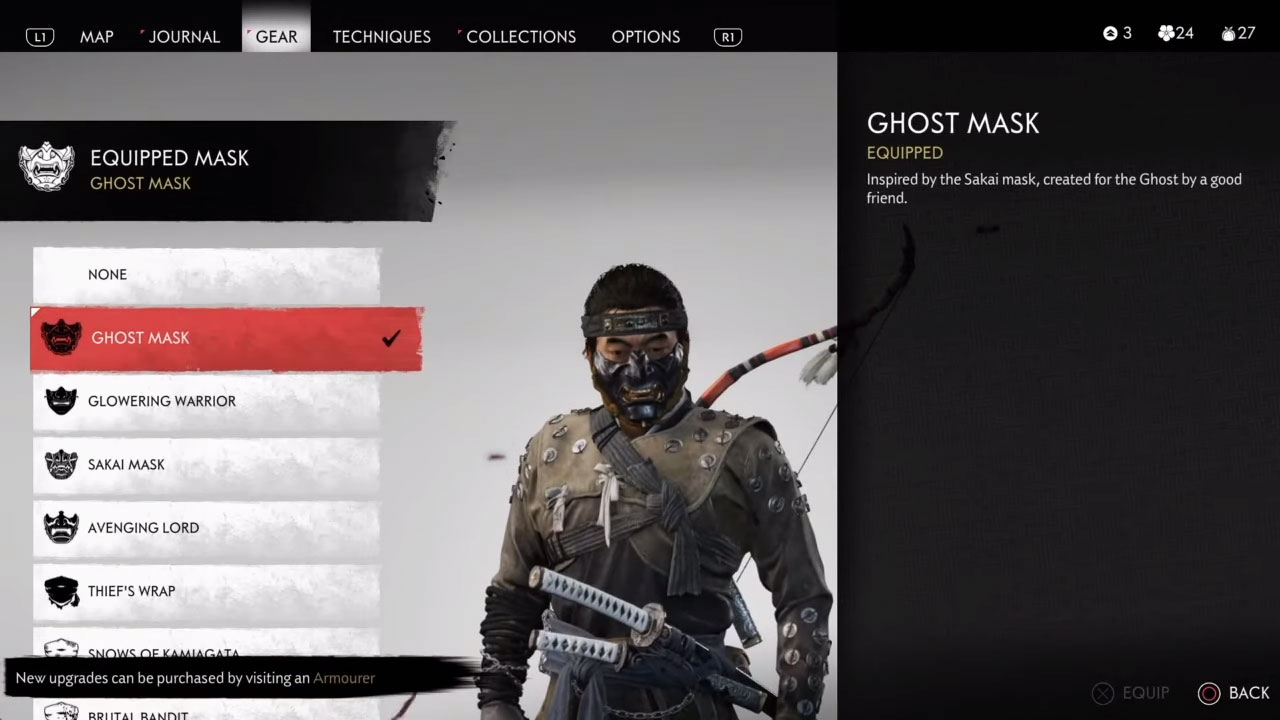 Being the PlayStation 4’s final showing, it almost goes without saying that Ghost of Tsushima is absolutely astounding in the visuals department. Tsushima itself is fully realized, with each third of the island sporting its own distinct environments that are all as eye-catching as the last. Whether it’s the pampas grass-covered fields that flow in the wind or the blinding white snow that cakes the ground, there’s always something to look at as you explore the world. There is an option to play on a performance mode, but the fact that it consistently hovers around 45 frames per second renders it largely redundant. I’ve also seen and heard of a few different bugs and glitches occurring in the game, although I didn’t face any of those aside from a couple of clipping issues, it’s something to keep in mind if immersion is a particularly big factor for you. There’s also a killer photo mode that can be activated at any time, so you can capture any moment you want with the press of a button.

As a part of a genre that’s been done to death over the last few years, Ghost of Tsushima does little to differentiate itself from its contemporaries, but that’s okay, because it does what it does well. Despite falling into the current trappings that often come with having a sprawling open world, it sports an engrossing combat system that gets better as you learn its intricacies, and a stark sense of progression that a lot of open worlds don’t seem to capitalize on nowadays. While its narrative is pretty by the numbers, it’s undeniably well told with a slew of interesting and likeable characters and a presentation that really shows what the PlayStation 4 is capable of. It doesn’t do anything new, but if you’re a fan of open-world experiences or like the sound of what it has to offer, you’ll no doubt enjoy Ghost of Tsushima.

Ghost of Tsushima is a strong farewell for the PlayStation 4. It does fall victim to some of the traps we’ve seen in other open-world games of its ilk, but its engrossing combat, strong sense of progression and well-crafted narrative make it an experience that open-world fans — or those interested in what it has to offer — are sure to enjoy.