EQQO Review — a Mobile Game in a Switch Game’s Body

EQQO made its debut a couple of years ago as part of Google’s failed Daydream View mobile virtual reality experiment. Since mobile VR never really took off (and now seems to be dead in the water, especially with proper VR systems liked the Oculus Quest on the market), we’re now seeing some of the better-loved titles that were part of that movement make their way to other platforms; EQQO was one of the better titles from that era, and developer Parallel Studio — made up of four French industry veterans — has teamed up with publisher Nakana.io to bring it to the wonderful world of Nintendo Switch.

Starting from the very beginning, EQQO is a fun title on a few levels: it’s the name of the game’s protagonist; it’s pronounced like the word “echo”, which is appropriate given that said protagonist is blind; and it also resembles the word “egg” (which the developer played to when designing the game’s logo), something that said blind protagonist carries around throughout the tale. After a Serpent God is killed by human hands, Eqqo collects the egg (known as the Enkolai in the game’s mythos), and tries to bring it to its rightful place deep within a cavernous temple. Given that he’s blind, that’s where you come in: throughout his journey, your task is to help Eqqo find his way around by knocking on the ground to attract his attention.

In guiding Eqqo through the temple, you’ll also need to move objects, pull levers and activate pressure pads — not a bad little series of puzzles, all in all, with the occasional clever surprise thrown in as well (one highlight being a section where you have to balance solving puzzles with throwing rocks at the little Ghibli-esque Shadows that are trying to steal the egg). The game’s biggest detractors, however, are its extremely forgiving difficulty level — there are only two small segments that apply any sort of time pressure and even those are quite simple — and a bit of repetition: the game is only around four hours long, maybe a little more if you try to collect all of the scrolls hidden in each level, and there’s not a huge amount of variety when it comes to the puzzle elements, so it’s very easy to feel like you’ve just repeated the same puzzles over and over by the end of the six chapters. 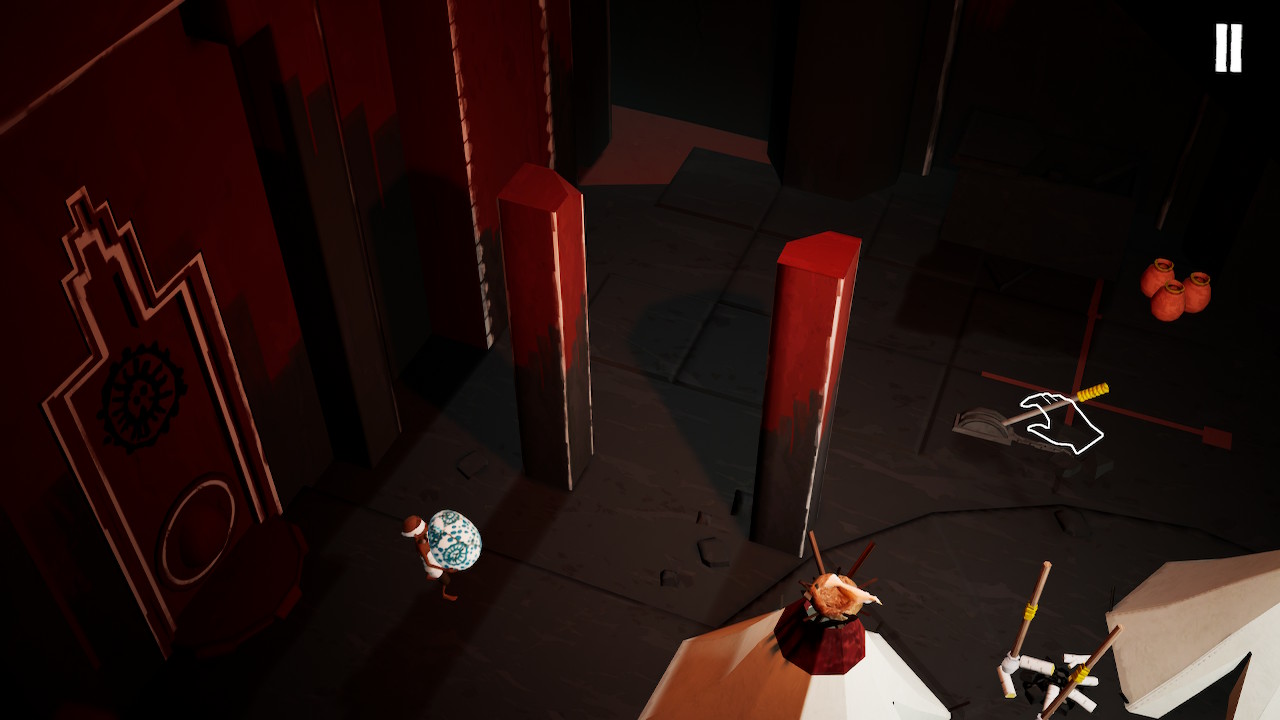 Fortunately, EQQO has a really beautiful aesthetic and some really bold storytelling to help ease that repetition and alleviate the frustration that comes with solving a bunch of straightforward puzzles without a huge challenge. Parallel Studio claims that EQQO is based on Ethiopian mythology, and the game leans into that quite heavily — everything has a proper noun and a design that screams mysticism and intrigue, with main villain “The Bell Ringer” coming to mind as a shining example. There’s a fuzzy, hand-sculpted feel to the way everything is designed and it’s often a joy to look at, despite the low polygon count that owes to its mobile heritage.

The names and concepts can feel a little hard to keep up with at times, especially during the slow opening stanza where the game throws a whole lot of them at you, but it became a whole lot easier to follow once I got into the rhythm of things. The game even began to surprise me, with what seemed to be a fairly distant myth-telling evolving (aided a lot by the fully voiced and expressive narration of Eqqo’s mother) into a touching story about hope, family and motherhood. I won’t reveal too much on exactly how that evolution happens as it really is the premier reason to tune in — the puzzles are a vehicle for this story to be told, and not the other way around. 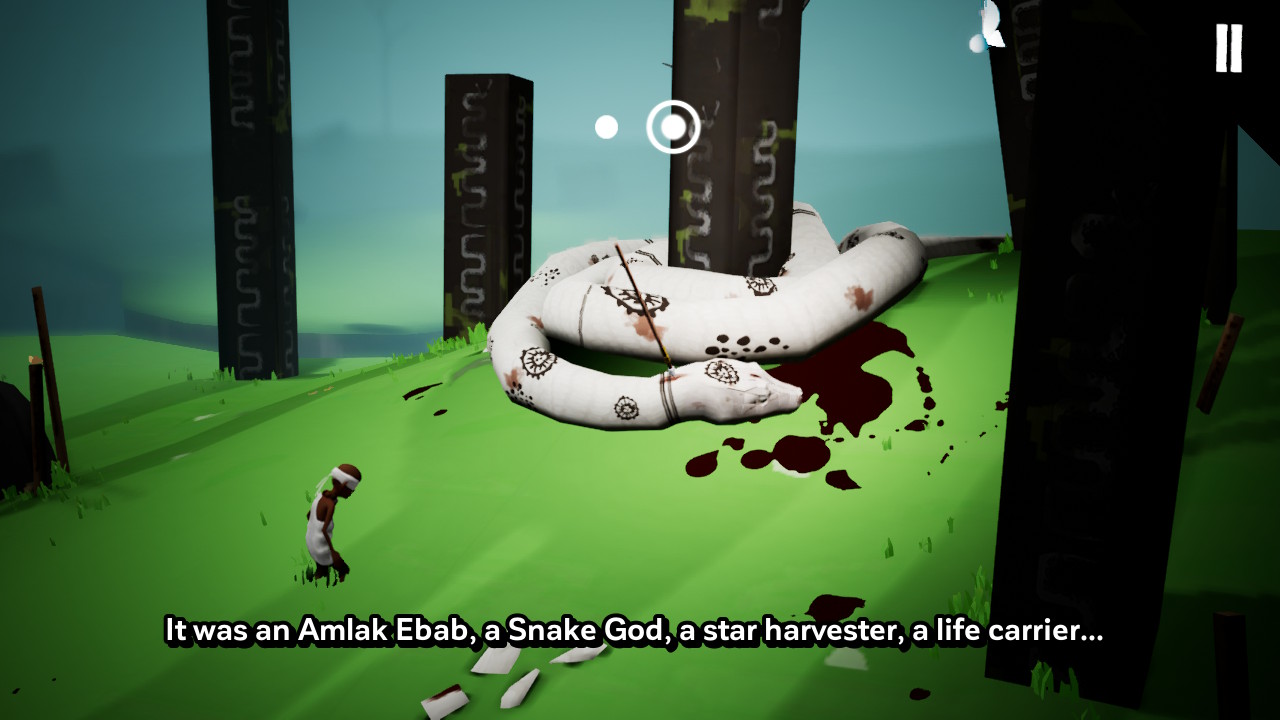 Unfortunately, EQQO’s biggest flaw is one that it shares with so many other titles: it’s a mobile game ported to the Switch, meaning that Parallel Studio has had to try to translate a touch-based control system over to buttons and analog sticks; like so many before it, sadly, the French developer’s attempt has ended up being an awkward mess. EQQO uses a pointer, which acts as a much slower version of just touching the screen as you would have on a mobile device. Thankfully, touching the screen is still an option when you’re playing in handheld mode, but it’s buttons or bust if you choose to play it while docked — no fancy gyroscope pointing happening here.

Ironically, that fancy gyroscope pointing would have been the best bit of Google Daydream View heritage to bring across to the Switch; instead, we get the worst — frequent depth-of-field effects that make your entire screen blurry because you’re “looking at” a rock that’s close to the camera, and the console itself being a way to manipulate the view (à la VR headsets). Given that we’ve already got the touch controls available to change our view point, I struggle to see why Parallel Studio saw it fit to give us floaty motion sickness on top of that, with no options to change anything in the menu. Ultimately, EQQO is a mobile VR game and despite being ported to the Switch, it still plays like one, except you’re lacking the tools to really complete the experience. As nice as the game may be, and it is, it needed a little more work in order to be a truly good Switch port. 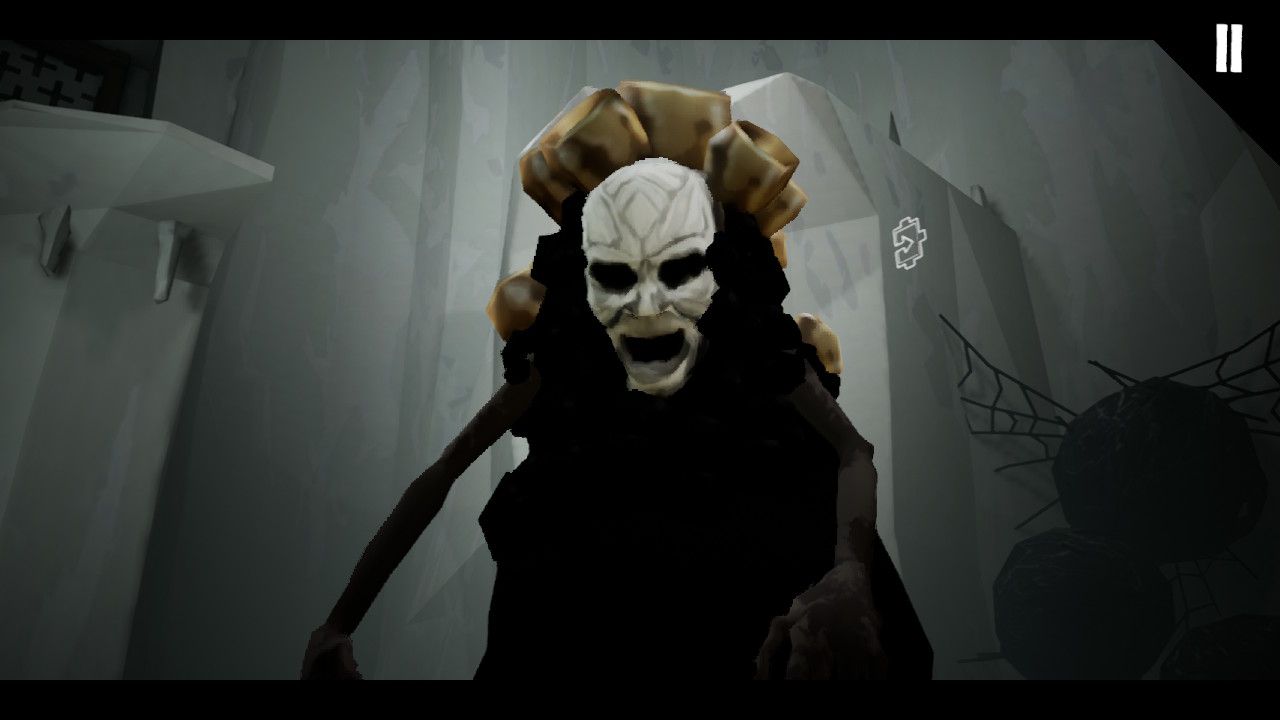 EQQO is a lovely and dare I say memorable experience — the atmosphere, design and story make for a great glimpse into a rarely-explored mythology, and it’s presented beautifully. It overcomes the merely-acceptable structure and design of its puzzles, but falters at the edge of the cliff that is properly designing controls for Switch. You can play EQQO on your Switch, but you’ll wrestle with the fiddly mechanics a lot and be constantly wishing you were playing it as it seems to be intended.

Phenomenal atmosphere, design and story make EQQO a beautifully-presented glimpse into a rarely-explored mythos, but Parallel Studios hasn’t quite executed the jump from mobile virtual reality controls to Nintendo Switch, which makes for a fiddly, awkward experience.