It’s been a great generation for queer representation in games

The eighth generation of console gaming is limping to a close, and it’s one that has seen LGBTQIA+ representation blossoming across mainstream and independent titles. Some haters might scream from the rooftops that the representation of marginalised communities is destroying the sanctity of video games or that developers rely on “Queer-baiting” to appeal to a larger proportion of the market, but that doesn’t change the fact that there have been some excellent moments of Queer representation throughout the eighth generation of video games. Here are five of my favourites! Destiny 2 has always been a Queer space… if you read the lore hidden away on web pages or the Destiny app: the Awoken Queen, Mara Sov, has bedded both men and women; the Taken King, Oryx (a big bad who has lingered throughout Destiny and its sequel) originally identified as female before transitioning to male; and sometimes, if you stand idle by Devrim Kay in the European Dead Zone, you might hear him musing about how he misses his husband Mark.

Privacy, nuance and respectful character creation are all powerful tools when it comes to normalising Queer representation, but hiding Queer content for fear of consequence is a whole other thing. The reason why Destiny 2 has a spot on this list, however, is that the game has established powerful Destiny characters Osiris and Saint XIV as a couple. Granted, it’s still largely been shown through lore and NPC dialogue, but I genuinely appreciated narrative designer Robert Brookes’ discussion of the need to end queer-baiting and represent Queer characters more explicitly, and just how important that representation is for young people to see.

Also, the following comment from the Drifter is officially my new pick-up line template:

“Well, call me old-fashioned, but if I broke time to save my knight in shining armor, I’d want ‘em to stop foolin’ around and climb my tower.”

We Happy Few: They Came From Below 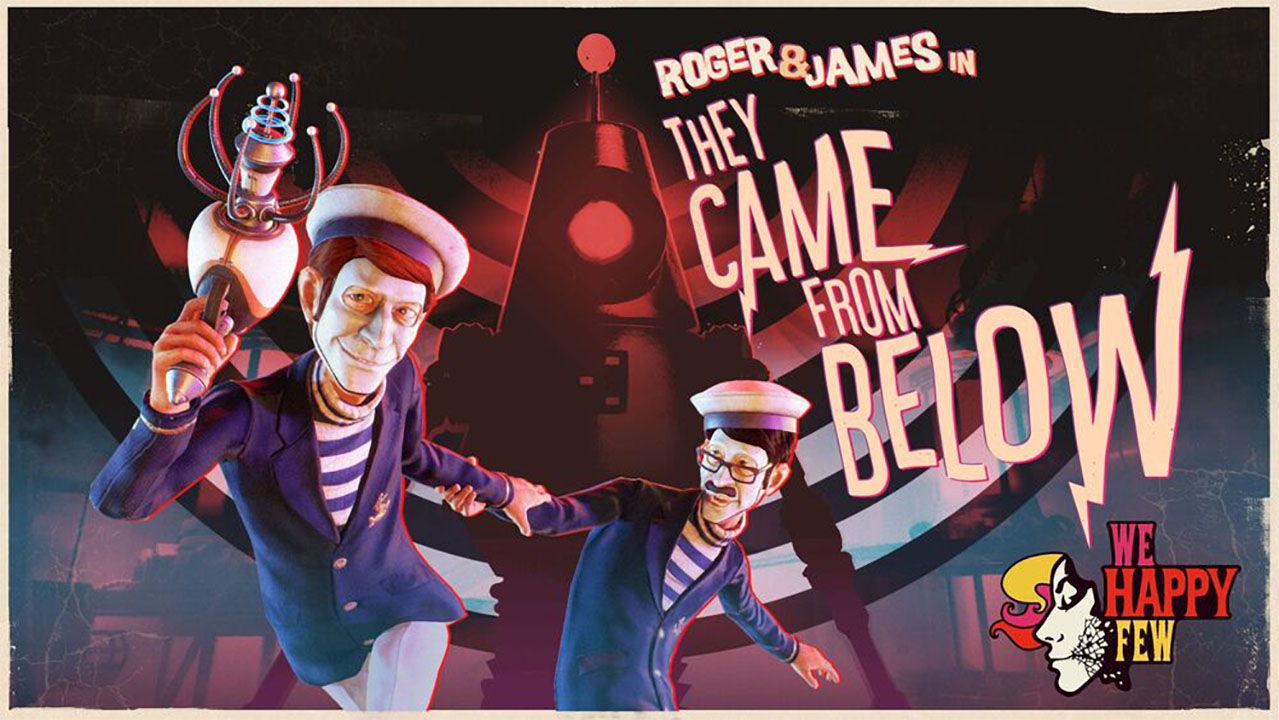 Released in April 2019, They Came From Below was the first story expansion for Compulsion Games’ controversial 2016 action survival game We Happy Few. The expansion sees players take control of two of the side characters from the main story, Roger and James, as they dive into a sci-fi adventure that bleeds Doctor Who energy. More importantly, though, it’s the first AAA game I’ve played where the protagonist is a canonically-set homosexual man, right in the middle of a dysfunctional tiff with his boyfriend. Games that allow for personal choice in romance options are excellent for world-crafting and curating your own individual experiences, but finally playing as a protagonist who shoots down hordes of killer robots while having philosophical differences with his man is… bloody brilliant. If time travel was on the table, I would go back and see my younger self, load up They Came From Below and show him that Queer people can have wacky adventures too.

It also helps that, at the worst moment of your row with James, he comes out with the single greatest comment about your future together: “I still think you’re an idiot — but I’d rather die with you than without you.” Aww, true love. 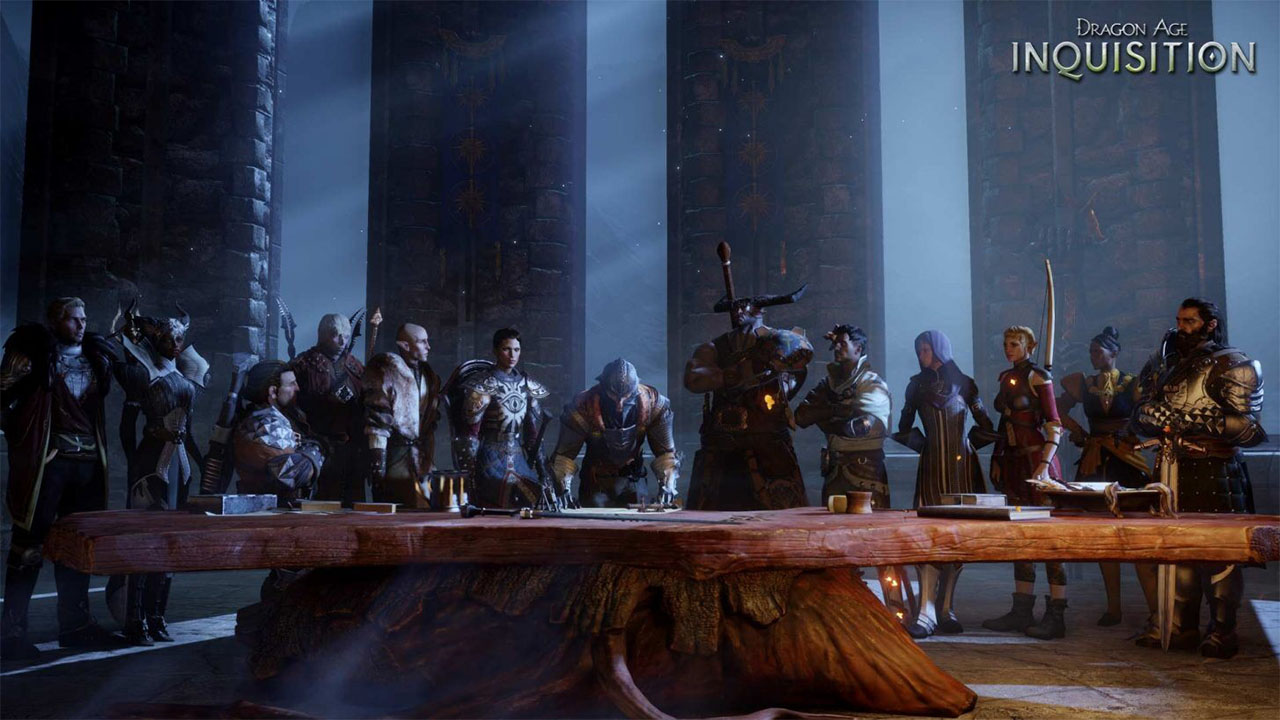 BioWare has always been ahead of the pack when it comes to crafting unique worlds with diverse casts, filled with nuance, respect… and sex. When it comes to LGBTQIA+ representation, 2014’s Dragon Age: Inquisition is a shining beacon of inclusivity, tolerance and education. Its rich cast of companions features the usual BioWare mixture of sexualities, with heterosexual, bisexual and homosexual romantic options available for both masculine and feminine Inquisitors. Dorian, the Tevinter mage, has an earnest and very relatable story of family rejection due to his sexuality, and The Iron Bull brings honest discussion of kink and bondage to the fore without trivialising an often-underrepresented aspect of relationships.

Dragon Age: Inquisition is also, to my knowledge, the first game to include an explicitly-stated trans character, and to provide dialogue options that inform players about trans identities. Cremisius “Krem” Aclassi is a trans man serving as a lieutenant for The Iron Bull’s mercenary group, Bull’s Chargers. Sure, some of the dialogue surrounding Krem is a little dated and awkward, but it was — and is — a massive step for trans representation to have it included in such a large-scale game. There are many fantastically Queer moments in Dragon Age: Inquisition, but the game’s true beauty lies in the sex-positive, identity-affirming tone that pervades the whole experience. There’s no shame in casual sex or exclusive commitment, and your companions will love you for who you are… Unless you go about killing everyone. 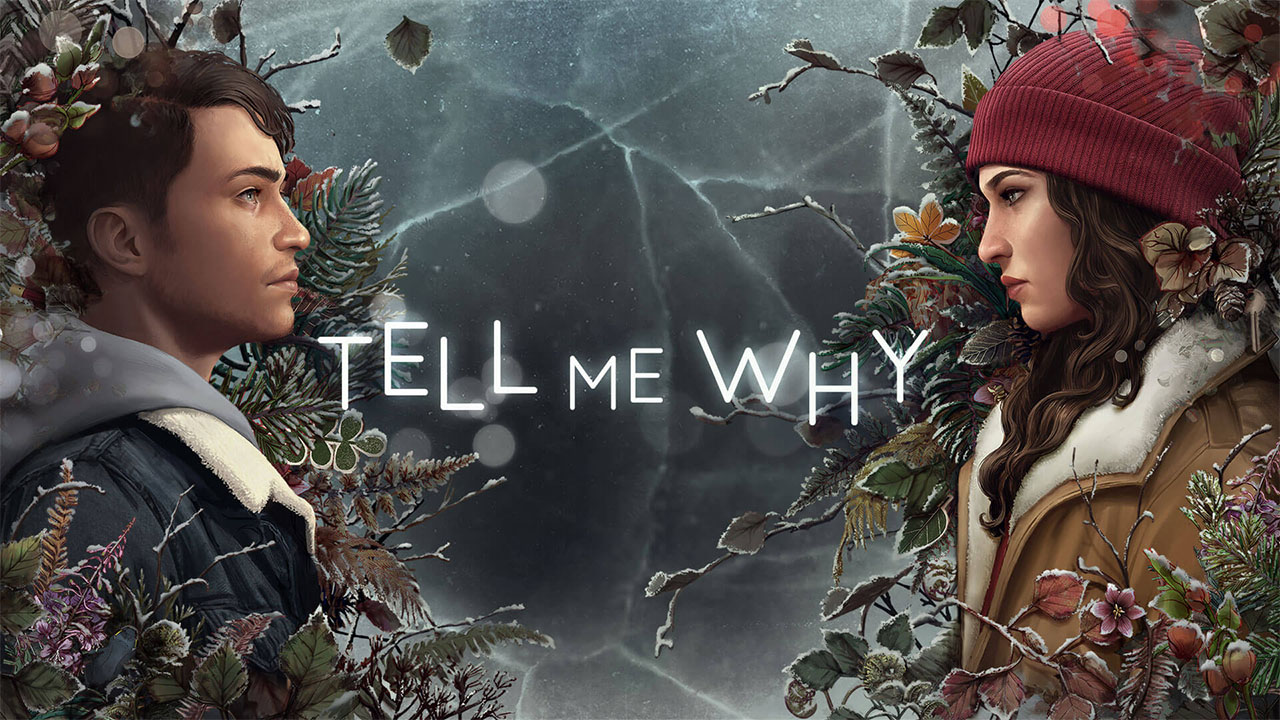 I’m cheating somewhat by using this entry to talk about all of DONTИOD Entertainment’s incredible work. Life is Strange (2015), Life is Strange 2 (2018) and 2020’s Tell Me Why are excellent narrative experiences rich not only in Queer representation but in cultural, ideological and racial representation as well. Between the three games, DONTИOD attends to and showcases same-sex relationships, gender dysphoria and racial stereotyping with the utmost respect.

Tell Me Why offers a gripping narrative about the pain and beauty of dysfunctional families and the power of memories and self-love as you take control of two siblings, including a young trans man named Taylor. Healthy transgender representation in the media is a necessary step towards normalising trans identities to larger communities, but the world-first trans protagonist in a video game isn’t the only reason why Tell Me Why is recognised for Queer excellence. DONTИOD stands out from other game developers with respect to the sheer effort it puts into researching and consulting with the appropriate experts; Tell Me Why begins by acknowledging its powerful themes and revealing that DONTИOD made all of its design choices after consultation with trans identities and communities. Due to how raw the discussion of gender dysphoria and identity can leave people, DONTИOD also provided an FAQ resource covering the themes that players could experience in the game, such as instances of homophobia and transphobia, to prepare them for what was to come.

Additionally, DONTИOD put the same amount of consultation and research into accurately depicting Tlingit culture — that of the indigenous people of Alaska — showing all game developers that healthy representation of marginalised groups really isn’t that hard. 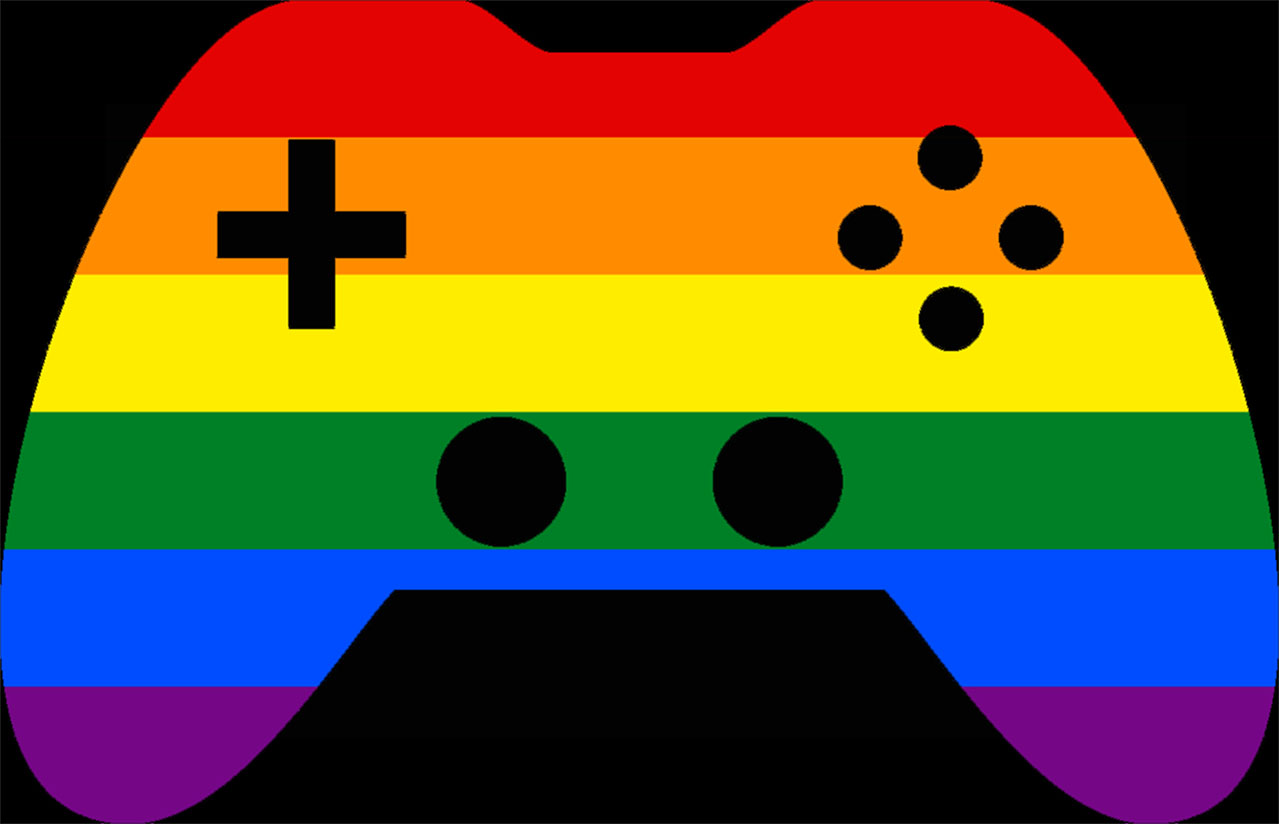 The eighth generation of gaming is where the industry truly exploded in terms of Queer representation, and this list has only scratched the surface of some of the bigger titles I’ve played. Independent titles have been just as powerful — if not more so — in normalising Queer culture to mainstream gamer communities who’ve grown up playing as the guy who saves the girl and then the world, forever locking in the status quo of heteronormativity. A Night in the Woods, Dream Daddy, Gone Home, Stardew Valley and Undertale are just some of the bigger indie titles that have included excellent Queer content, and that’s without diving into the sea of smaller titles that bring nuance, flair and fun to Queer representation.

Perhaps even more powerful than in-game representation, however, is the way in which game developers and gaming communities have come together to support and uplift Queer identities and culture. Earlier this year, I wrote about the way Pride celebrations managed to survive COVID-19 isolation, with gaymers rallying in digital spaces with the support of industry personalities and stakeholders. Animal Crossing, Runescape, The Sims and World of Warcraft — among many others — all got very gay, very fast, and although there were of course some bigots in the comments section, gaming environments were significantly more tolerant and accepting than they have been before (looking at you, Runescape). There’s still a long way to go, but for the most part video games are getting more Queer every year, and I think that’s beautiful.