Multiplayer fun, but nothing more 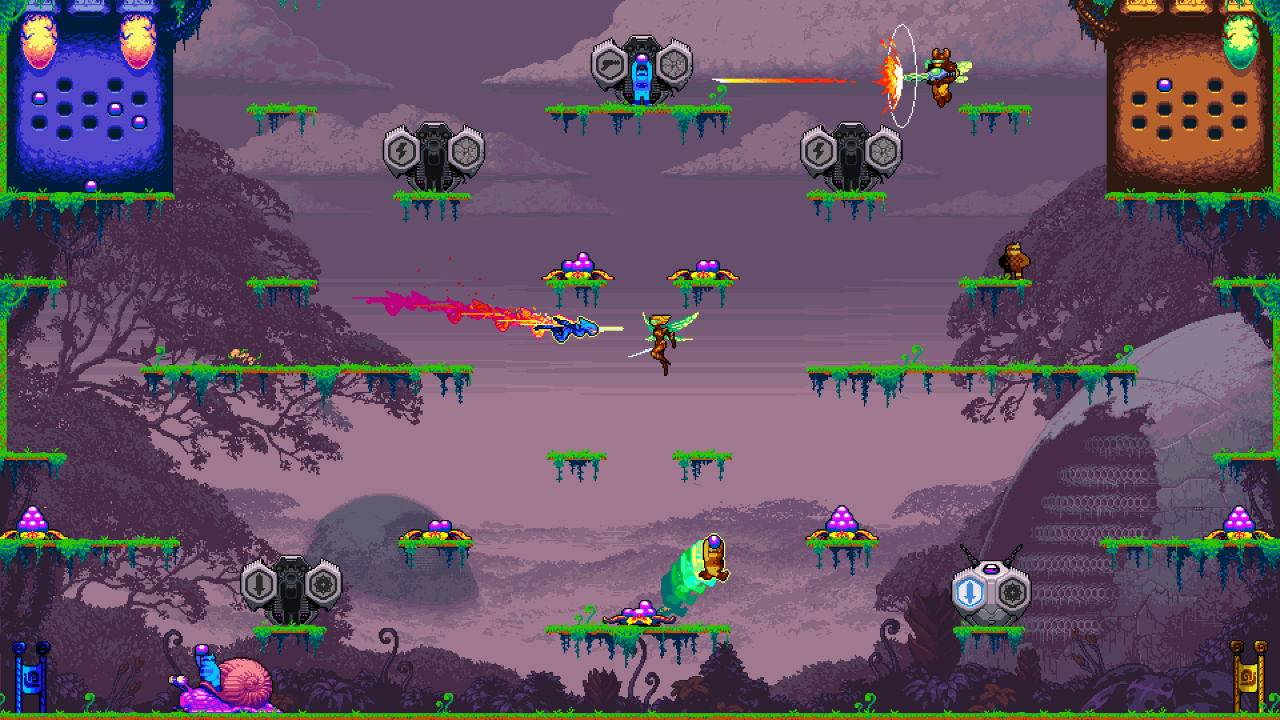 Killer Queen Black pits two teams composed of three Workers and a Queen against one another (as opposed to the original’s five-on-five formula), competing to fulfil one of three different victory conditions: a Military victory, achieved by killing the enemy queen three times; an Economic victory, which requires your Workers to gather berries and bring them to their base; and a Snail victory, which sees a Worker ride a slow-moving snail to their flag located at the edge of the map.

Adding an extra element to the competition, Workers can become Soldiers by using gates in the stage. Once they’ve gone through the gate, the Workers can acquire a sword that allows them to employ a dash attack, a long-range laser rifle, or a marked increase in their movement speed, making them more efficient as berry collectors and snail riders. 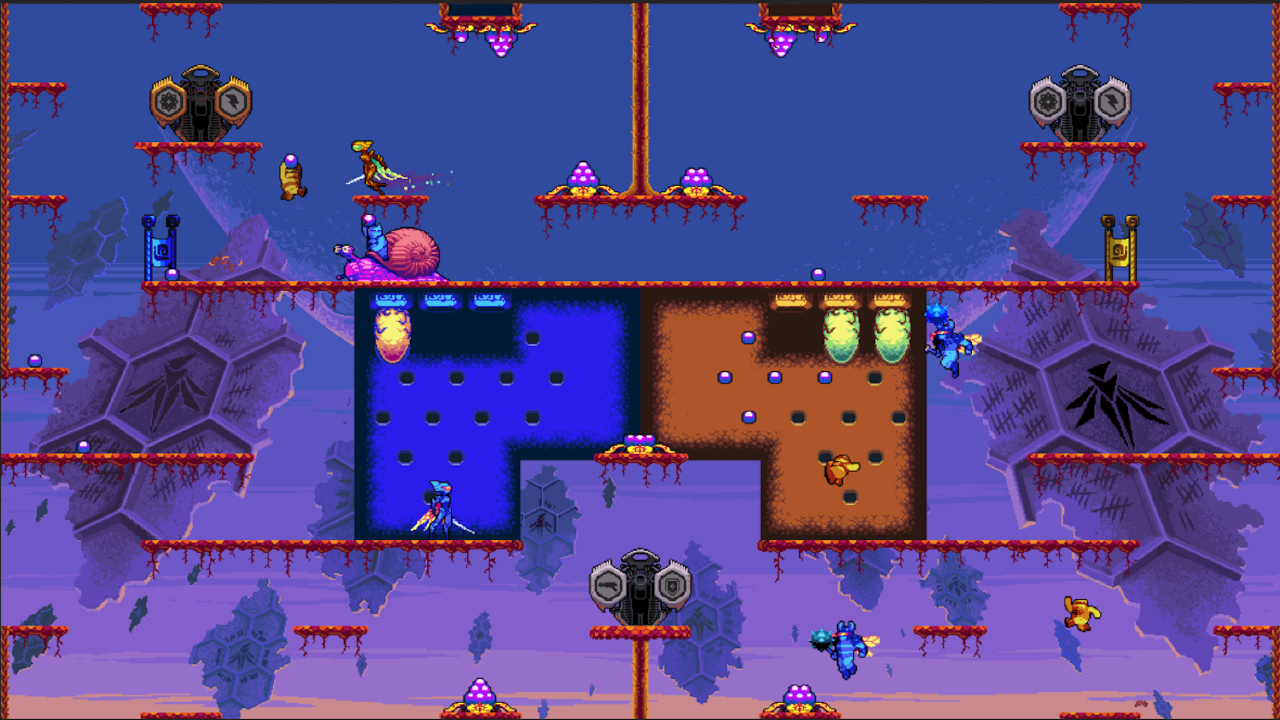 By far the most important unit in the game, the Queen is incredibly powerful. She can dash around the map, which not only gives her great mobility but also doubles as an attack, and she can also perform a drop attack that lets her attack enemies below her. The Queen can also claim gates by simply touching them, thus preventing opposing Workers from using that gate to become Soldiers.

The Queen’s power, of course, comes with a major caveat: unlike her Workers who have unlimited lives and respawns, the Queen can’t respawn infinitely — the opposing team need only kill her three times to win the whole game. This makes playing as the Queen incredibly fun, incredibly tense, and incredibly strategic. She’s your most powerful offensive unit by a long shot, able to obliterate enemy workers and challenge the enemy’s Queen, but you’ve also got to weigh the pros and cons of using her in that way because if you’re not careful, the whole match can turn against you in a hurry. 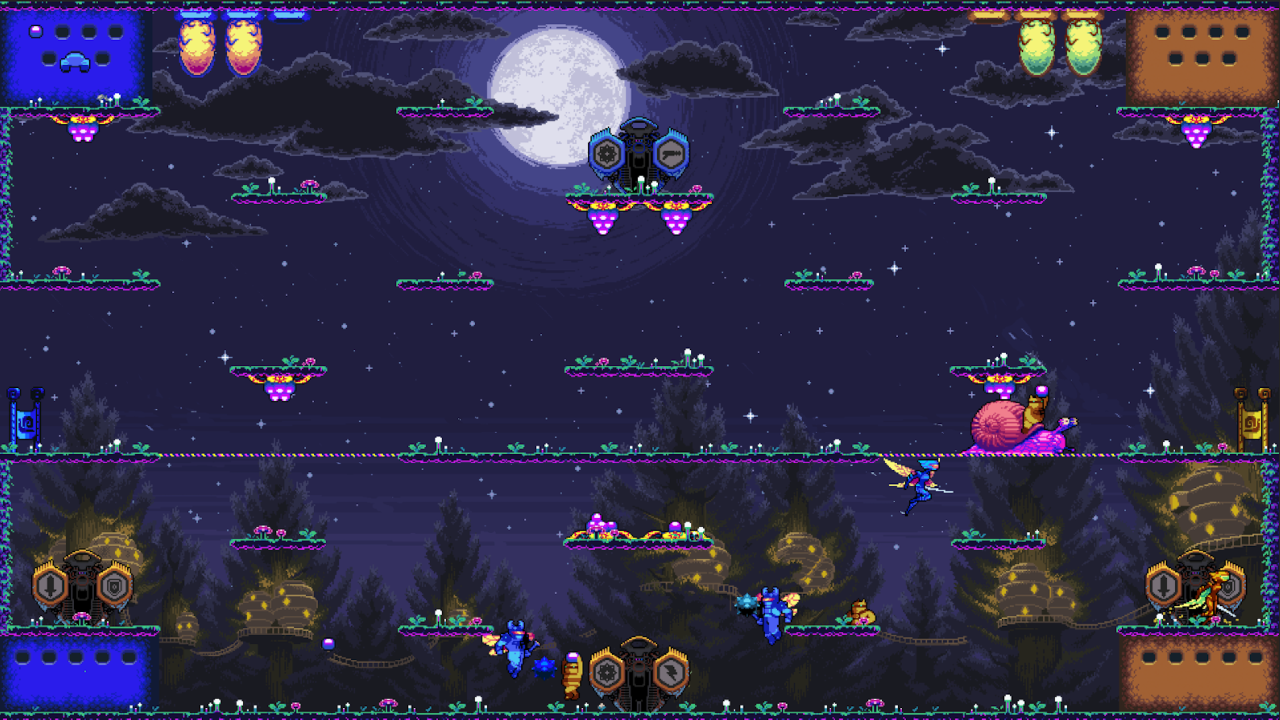 On top of all of that, though, Killer Queen Black is still a real-time strategy game; whether you’re playing as the Queen or a “lowly” Worker, it’s still important to consider every decision you make once you’re on the battlefield, because even the smallest decisions can have a massive impact on the way the match plays out. Obtaining a weapon as a Worker, for example, might help you mount an offense against the enemy’s Queen (or protect your fellow Workers), but it also means that you now can’t collect berries or ride the snail yourself — essentially doubling down on the Military win condition.

This is where Killer Queen Black’s simplicity really shines. Just like the original, it takes these very basic, easily understandable concepts and weaves them together to create a game that’s far deeper than it initially appears.

That reverence to the source material carries over into Killer Queen Black’s aesthetic as well, as it doesn’t try to reinvent the wheel. The sprites are all nicely detailed and animated well, and the music puts an emphasis on intense guitar that compliments the game quite well, which is why it’s strange to note that there’s almost never any music playing during an actual match. A short track plays when a team is close to victory, but that is the only music you can expect to hear when battling it out. That’s not going to be a huge deal if you’re playing with friends, since you’ll likely be talking to one another anyway, but it’s quite jarring when you’re playing online or training against bots, making the matches feel somewhat lifeless at times. 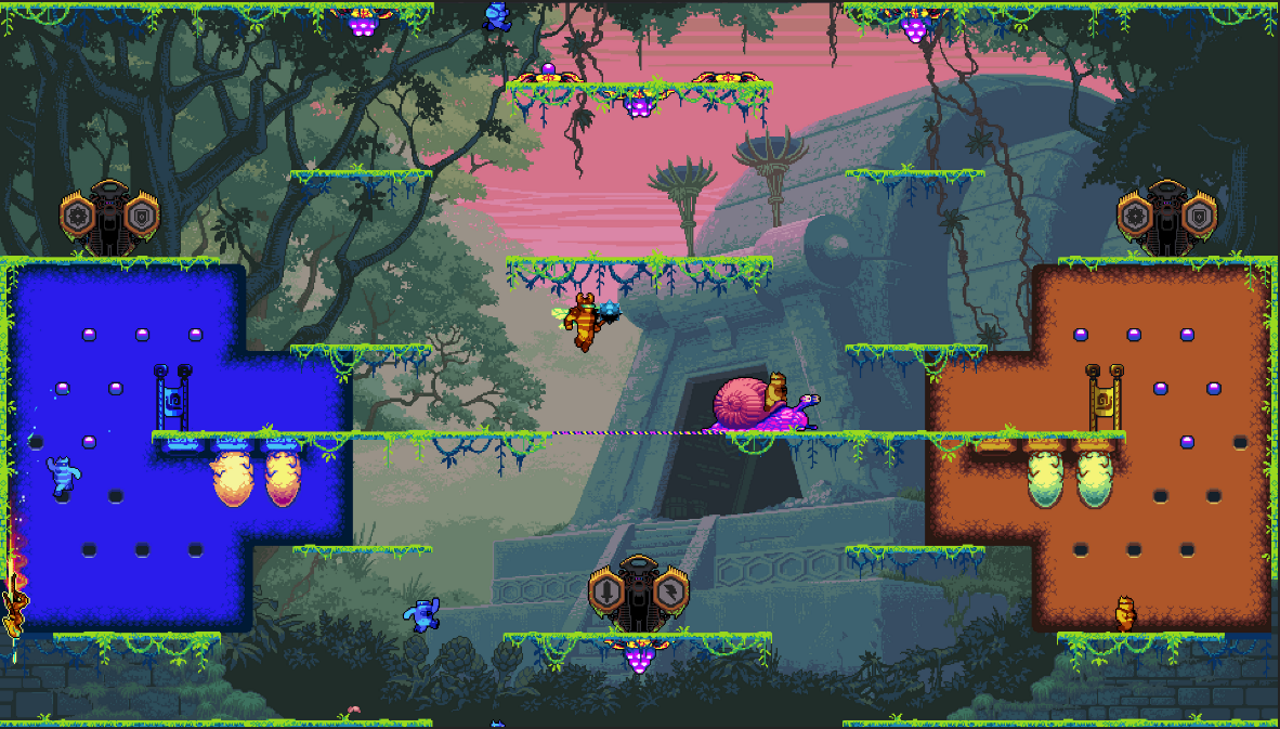 Unfortunately, Killer Queen Black doesn’t offer much more than the core multiplayer experience. Both the Ranked and Quick-Play modes only offer matches with three Workers and one Queen, and the only options presented to modify the formula in custom matches are to reduce the number of Workers, add bots, and choose the stages. I was hoping to be able to create some crazy matches — think adding an extra team to the mix, or playing a four-on-four match where everyone plays as a Queen — but the game simply doesn’t allow it.

This is an issue that extends to the single-player experience as well. That is to say, outside of the tutorial and the very repetitive matches against bots, there really is no single-player experience, which is all the more disappointing when you consider that although it’s pretty easy to dismiss, the tutorial offers some genuinely fun moments. It brings different levels to the mix that each have a different win condition, and although that doesn’t sound like much, the timer on display makes speed-running a fun, unique challenge. 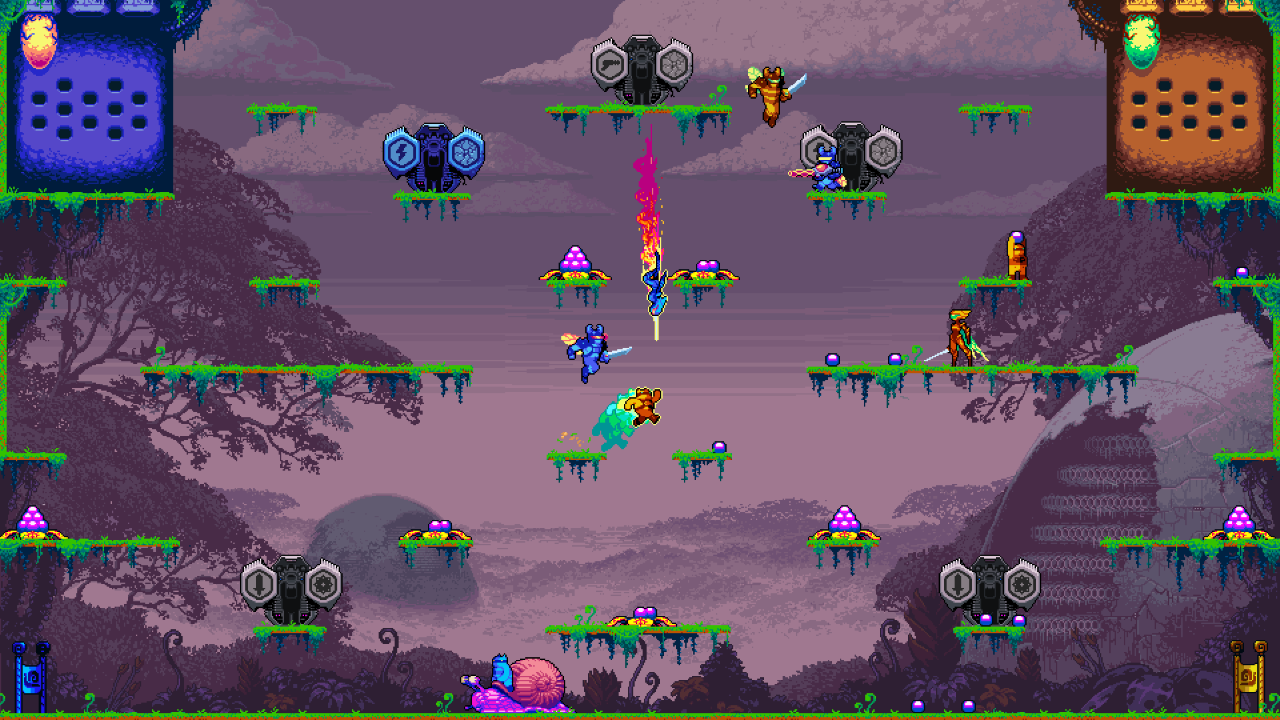 Despite its limitations, Killer Queen Black is a fun experience. It stays faithful to the source material while adding a couple of modern touches, its gameplay is variable enough thanks to its online multiplayer aspect, and that online aspect really helps to retain the original’s arcade feel.

Killer Queen Black is a fun multiplayer game with a solid foundation that knows exactly what it wants to do and accomplishes that perfectly well. Sadly, though, it does nothing more than that, which means that although it’s a fun game, it’s a little lacking at times.