An unfortunate victim of its own ambition

Let’s be honest: at one time or another, Anthem showed potential. EA and BioWare made it look like it was going to be the developer’s return to form with a stunning reveal trailer at EA’s E3 2018 press conference and the promotional campaign that followed over the next eight months, but thanks to repetitive mission structures, strange gameplay choices and a bevy of lingering and sometimes game-breaking bugs, it’s become little more than a victim of its own ambition.

That’s not to say that Anthem is a bad game by any stretch of the word; as with any game, it has its undeniable merits, but it’s just not the Game of the Year contender that the advertising campaign made it out to be. 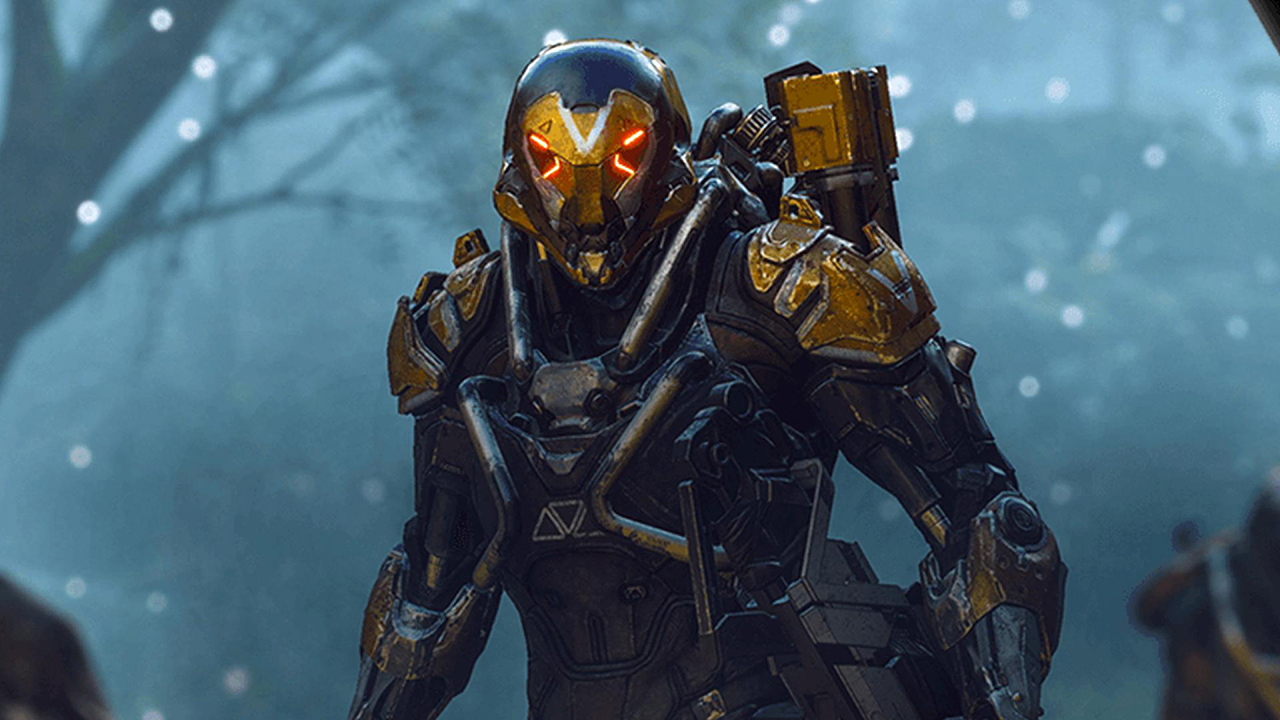 Anthem casts the player as an unnamed Freelancer, a soldier who wears a high-tech body suit known as a Javelin that enhances their strength, agility and maneuverability and gives them the ability to fly. These Freelancers make their base in the city known as Fort Tarsis, donning their Javelins to leave the city and work to protect it from the Dominion, a military group that aims to take control of the human race and, therefore, the world.

In a nutshell, the story does sound quite typical of the genre, especially comparable to Destiny’s in many ways. It’s not until you explore the game’s lore that the game becomes its own being: the Shapers, or Gods, attempted to harness the titular Anthem of Creation and create the world in nine days, but disappeared after only three. The instruments that they left behind cause the world-changing cataclysms that you’ll experience on a regular basis, and it’s through these instruments that the Dominion seeks to harness the Anthem’s power for its own use..

The concept is interesting, but unfortunately Anthem never delves into the deeper lore; it simply takes the Destiny route of using higher powers as a vehicle through which to keep players interested in the long term, rather than creating a narrative that players can invest themselves in. Although it does deserve some praise for being easy to follow, it’s a shame that the story fails to leave you with any substance once the credits roll. 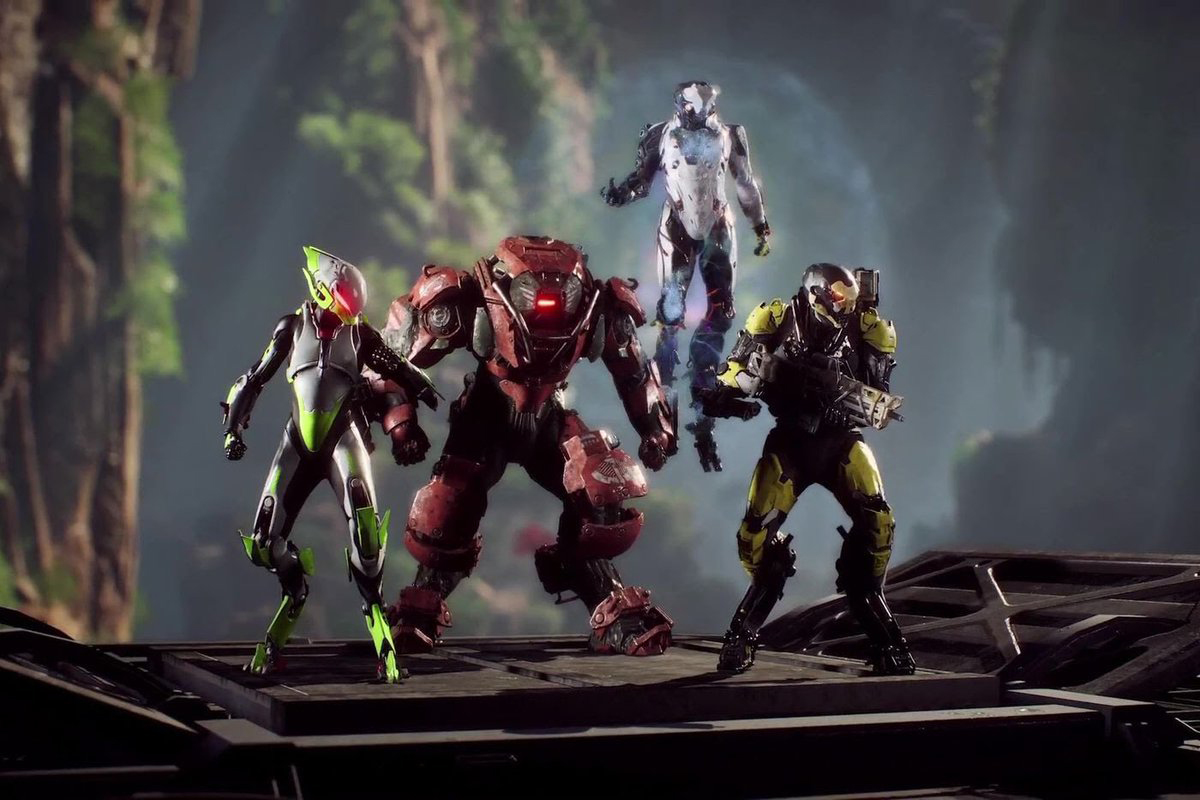 Although the lack of an engaging, fleshed-out storyline is quite frustrating, the gameplay itself makes up for it. Players can choose between four distinct Javelins, each with different traits and abilities: the Ranger gives players an all around experience; the Colossus is your slow, heavy-duty titan; the Interceptor prides itself on speed and maneuverability at the cost of health; and the Storm accesses the power of the Anthem of Creation itself, allowing you to take advantage of elemental abilities. Regardless of your choice, the game’s controls are fast, fluid and responsive and the gunplay is consistently good. Each of the large selection of weapons feels punchy, unique and varied, and the flight mechanics are top-notch, making you feel like a bullet on a mission as you leap, dive and roll throughout the open world of Bastion.

The Javelins themselves are quite powerful, so BioWare has taken care to balance them by requiring you to keep them from overheating; it’s easy enough in theory, but not always as easy to execute, which makes it an engaging, constant challenge. Deep dives to lower altitudes will gradually cool your suit down, while diving into bodies of water such as waterfalls and lakes will cool your suit immediately. Paired with the responsive controls and smooth gameplay, the Javelin is the closest you’ll get in a video game to feeling like a beefy Iron Man.

Visually, Anthem is packed with gorgeous vistas complete with an array of colours and an impressive draw distance. It’s quite clear that BioWare put a considerable amount of time and effort into creating a memorable visual experience, especially when looking at the character models and their facial expressions, and the high-quality voice acting makes it obvious that the aural experience was just as high a priority. 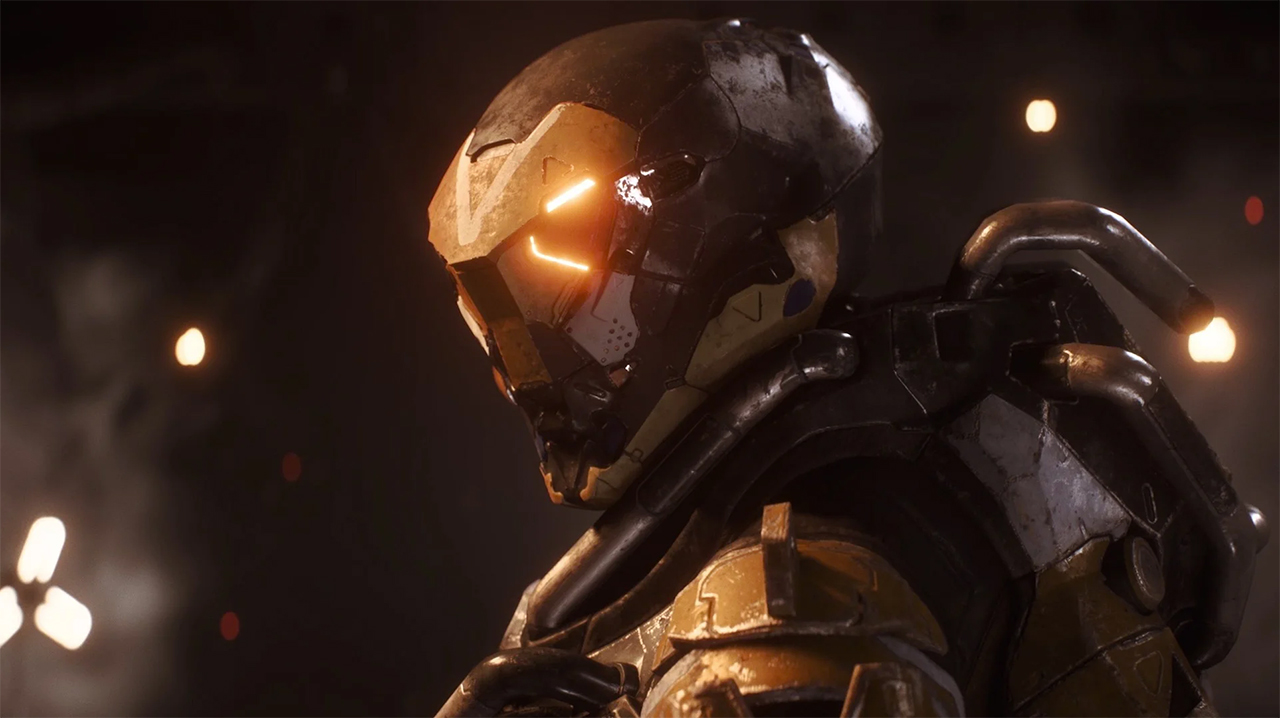 Anthem’s gameplay and audio-visual experience are fantastic, but it also has a number of technical issues and weaknesses just to balance those strengths out. The most significant of these issues is the utterly ridiculous loading screens: it’s 2019, and yet a large portion of the menu selections I made throughout the game resulted in another loading screen, and they weren’t short – some of them lasted up to a minute and, on the rare occasion, even more. It was also frustrating to find that you’re unable to modify your loadout in the middle of a mission; there are no points in the mission where you can stop and re-assess, and there’s no going back if you realise that you’ve made the wrong choice.

Fort Tarsis is nowhere near as dense and populated as that original E3 trailer hinted, but missions can still become confusing when you’re trying to stay on track and get lost in the array of side-missions on offer, and those side missions aren’t even unique; they’re plagued by repetitive objectives and repetitive results. Additionally, BioWare has done a respectable job of ironing out many of the technical bugs and glitches that shipped on release day, but there’s still more than enough of them to drive you insane: enemies appear at random, and performance issues such as frequent texture pop-in and a fluctuating, unstable frame rate never completely leave the experience. 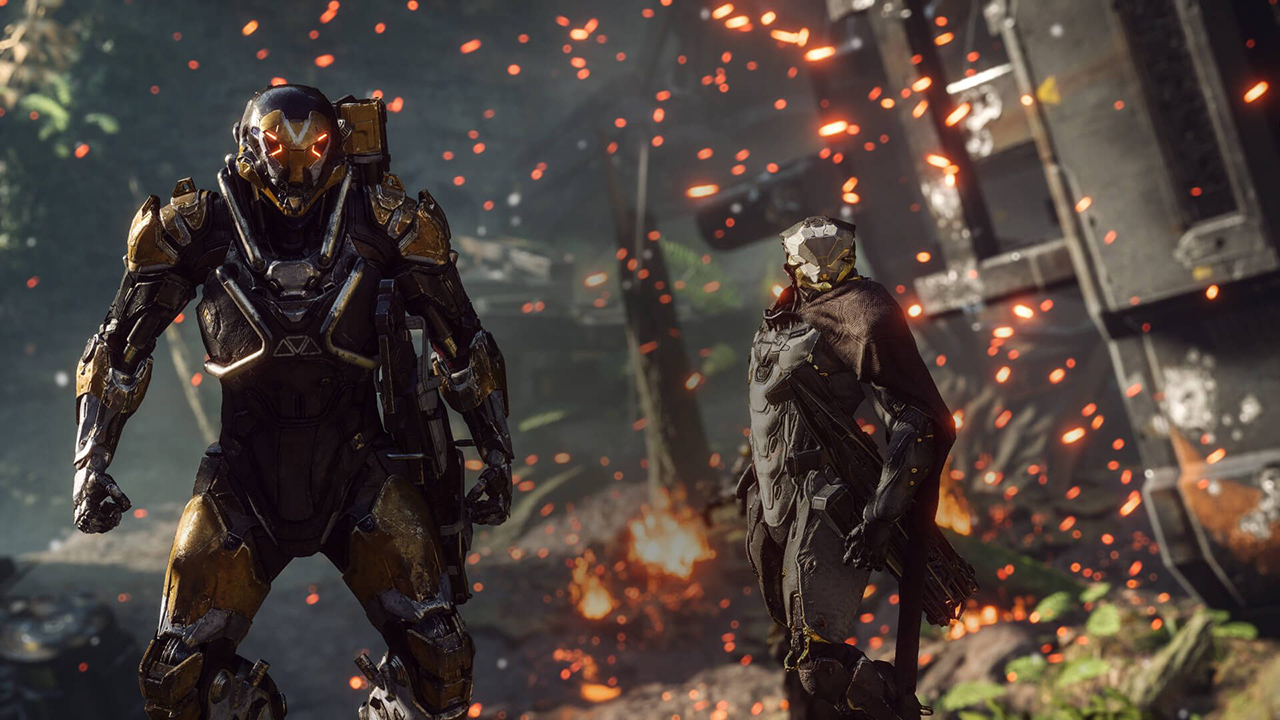 After spending time with Anthem, I’ve come to fear that it might fall victim to the same flawed development structure that has plagued other service-based games like Destiny and The Division, which shipped with a dearth of release-day content and relied on post-release expansions to flesh out their stories and often bring players back for a short time. Paired with a lack of polish in various departments, this lack of content and narrative makes Anthem seem unfinished and like it needed some more time in the oven; for now, its stunning visuals and fluid and responsive gameplay are all that keep it from being a complete disaster.

While it does have impressive visuals and stellar gameplay, Anthem ultimately becomes the victim of what seems to be a rushed release; weighed down by odd gameplay choices and repetitive mission structure and plagued with consistent bugs and unnecessarily long loading screens, Anthem plants the seeds of a good experience but ultimately feels like an unfinished product.

Damn, I was looking forward to this one

[…] made his debut for the site with a review of BioWare’s hotly-anticipated multiplayer game, […]

[…] 2 landed in the looter-shooter market at an interesting time. After the disappointment that was my time with Anthem, I was admittedly hesitant to jump on board and after playing the beta I was concerned that The […]