This week in gaming: E3 2018 starts taking shape, Black Ops 4 won’t feature a campaign, big PUBG updates are in the works, and more!

In the spirit of keeping our readers up-to-date with what’s going on in the video game industry, the Doublejump Digest is a brief collection of the major news stories that happened in the past week. Keep an eye out for the Digest every Sunday night, and head into the archive if you’ve missed any!

This year’s Electronic Entertainment Expo is starting to take shape, with both Microsoft and Ubisoft providing dates and times for their press conferences at the event over the past week.

Sources close to the project told Polygon that developer Treyarch has opted to ditch the traditional story mode in order to focus on expanding the game’s multiplayer offering as well as the ever-popular Zombies game mode, making Black Ops 4 the first mainline Call of Duty title without a single-player campaign.

Activision responded to a call for comment by noting that it “[doesn’t] comment on rumour and speculation…[and looks] forward to revealing Black Ops 4 on May 17.”

PUBG Corp. Community Coordinator Hawkinz made the announcement through a Steam Community post late this week, admitting that it was a feature that players “have continuously asked for”.

Hawkinz noted that two concerns had been partly responsible in the delay in publicly announcing the feature: the likelihood of increased matchmaking queue times and ensuring that differing player preferences could be catered to with a single solution. He also attached the following screenshot of what the “Map Select” option currently looks like: 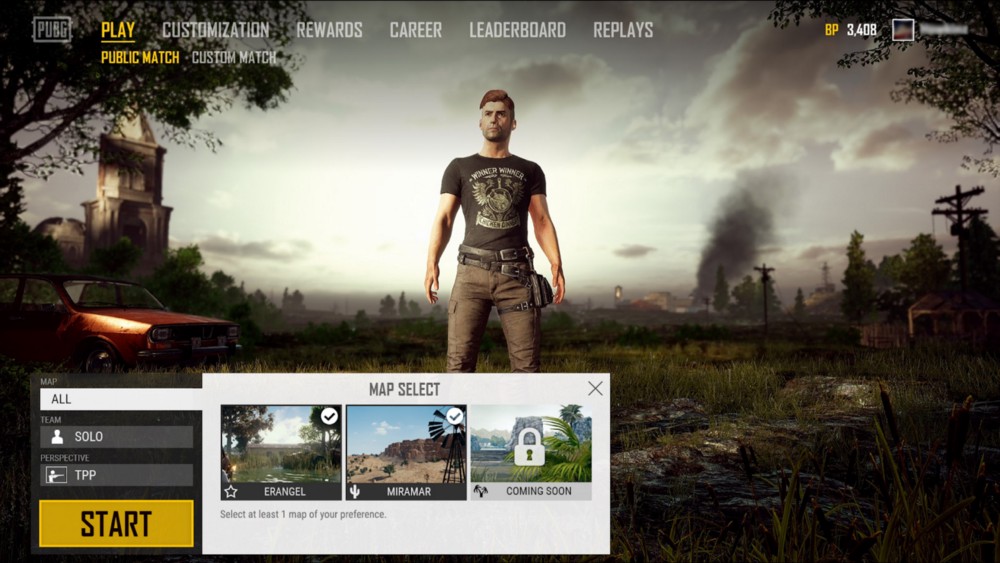 A work-in-progress version of the Map Select menu.

“We believe the choice about which gun to use should be based on personal preference and its effectiveness in any given situation, rather than simply ‘which gun is strongest’,” he explained. “Our goal is to make it so [that] no one gun will feel objectively better than the others.”

Furthermore, level three helmets will no longer spawn at the start of a round and will only be found in care packages following the balance patch. Kim did not provide a specific date for the patch, he did confirm that the changes will first go live in the game’s test servers on PC.

Xbox Insider Team Lead Bradley Rossetti recently took to the Xbox Wire blogto announce that system owners will soon be able to display their consoles at 120Hz at 1080p and 1440p resolution on compatible monitors and televisions.

In addition to this, Microsoft will also begin testing the ability for players to “group” their various games and apps to improve dashboard organisation.

Game Director Ben Brode made the announcement in a post on the game’s official forum, citing the desire “to embark on a new journey” as the reason for his departure.

“I am very fortunate to be able to take a crazy risk right now in my life, and I’m excited to be scrappy and a little scared,” he wrote. “I’m going to help start a new company. We’ll probably make games, but we haven’t figured anything else out, yet. I’m looking forward to designing, programming, and actually creating things again.”

Brode joined the veteran studio in 2003 after spending many evenings speaking with various staff members while delivering pizzas during late-night work shifts. He joined what was to become the Hearthstone development team in 2008 after years spent in various roles since being hired as a “Night Crew Game Tester”.

He expressed confidence in the team going forward and attributed the game’s success to the work that the team has put in over the past decade.

“I get too much credit by virtue of being a public face, but the 80+ people on the development team are still there, and they are the ones actually making the cards, brawls, events, missions, and features,” he wrote. “I am confident [that] the game is in the best possible hands, and I’m excited to see where a new generation of leaders takes Hearthstone from here.”

God of War — The Evolution of Kratos

This game HAS to be made!

Another one of M. Bison’s “Bison Dolls” is headed to Capcom’s most popular fighting game franchise.

Croteam is back with its own brand of zany shooter action!

The world’s greatest city was gifted with a magnificent mural to celebrate the current Retribution event.