The series has a history as a testing ground, and it hasn’t all been good

Nintendo has a long history of producing some weird products. The Game Boy Printer was one you might remember — printing pictures of Pokémon onto its little sheets of thermal paper in Pokémon Gold & Silver, or giving you physical copies of your 0.2MP shots from the Game Boy Camera. These strange little experiments have persisted through to the present day, with wild concepts like Ring Fit Adventure which has, to everyone’s surprise, sold out worldwide. Where Nintendo is well behind the curve, though, is in the online space: for some reason, Nintendo just can’t figure it out, flailing wildly to follow trends while somehow completely missing the point.

Friend Codes were hugely unpopular when first introduced and for some reason still exist, Nintendo introduced a paid online system for the Switch but failed to include the accoutrements that its competitors do… and the list goes on. A disproportionate number of items on that list belong to the Animal Crossing series — for some reason, the successful rural life series has been the testing ground for various connectivity ideas both good and bad. With Animal Crossing: New Horizons just out on the market, there’s no better time to take a dive into some of the strangest mortgage repayment simulator oddities. 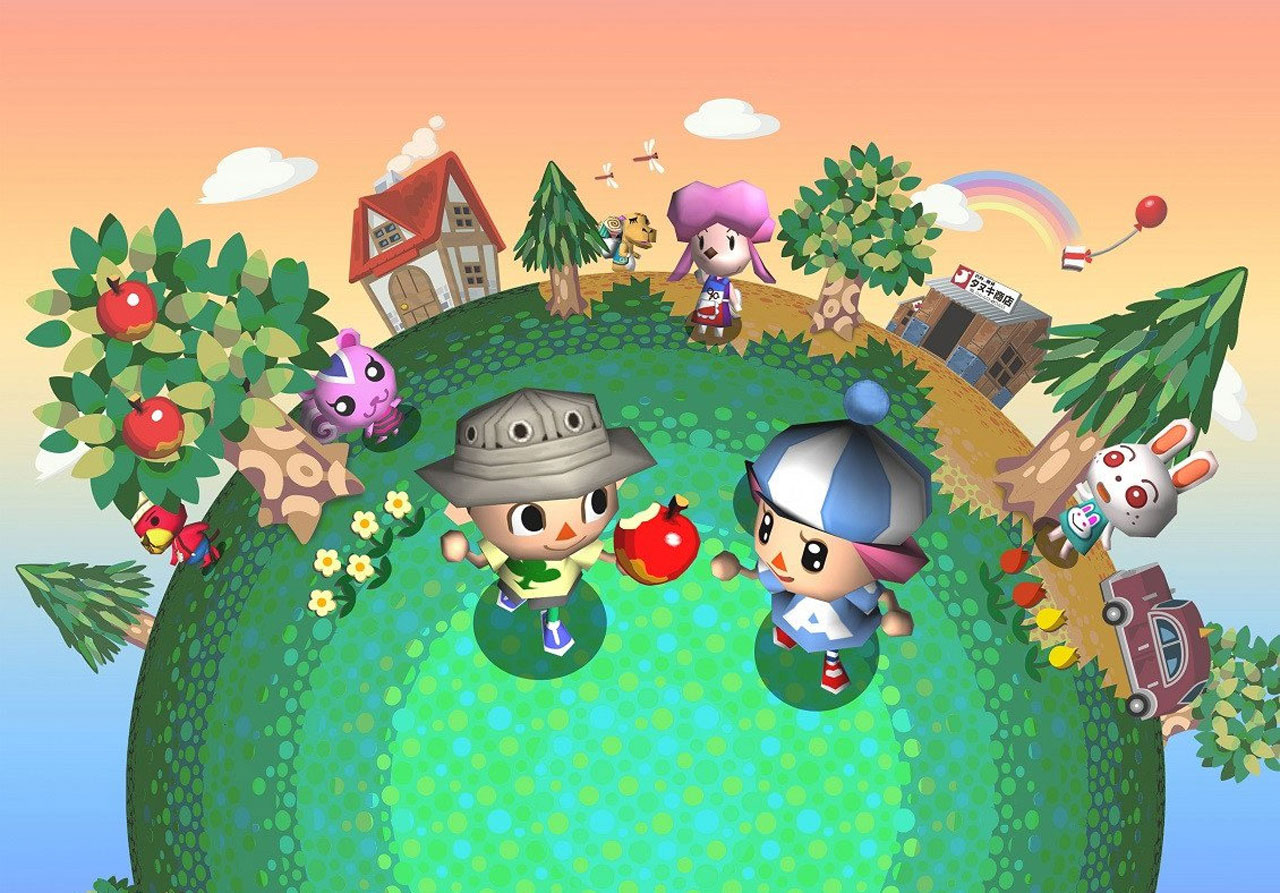 Back in the halcyon days of 2006, early in the Nintendo DS’ lifespan, Nintendo hit us with Animal Crossing: Wild World, a handheld title, which made a lot of sense in contrast with the GameCube-beholden original (or, yes, Nintendo 64-beholden, if you lived in Japan). It let you break free from the constraints of a TV and made visiting your village daily a far more realistic proposition, letting you play on a commute or in bed. The latter was something I did a lot, being an irresponsible eleven year old who wasn’t allowed to play video games on weekdays but I snuck my DS under the covers to take care of my town nearly every night without detection.

I maintain to this day that Wild World is the best game in the series, but that declaration is neither here nor there: what I’m here to talk about is the Nintendo Wi-Fi Connection — a technology that was absolutely brand spanking new. Online games had existed for a while, of course, but not on Nintendo systems: the GameCube had all of one title with any internet capabilities, that being Phantasy Star Online, so the DS having internet connectivity was pretty a fairly novel concept for a lot of people. Wi-Fi was the real issue here, though. I’m yet to discover if it was maybe just me, living in country WA, but my family with our ISP-provided router on a newly available ADSL connection, didn’t have it, and so the only way I could get my DS online to play Animal Crossing: Wild World with my friends was with the Nintendo WFC USB adapter. This was a little dongle that you shoved into whatever PC was plugged into your router and served as a wireless access point exclusively for Nintendo devices: at this point in time, one device, the DS, and only for two games.

That’s right, the WFC USB adapter didn’t let you connect compatible laptops, just the DS and later on the Nintendo Wii. It also only supported Windows XP, which was great in 2005 but less so barely two years later. Still, this kinda expensive, intensely functionally limited little bit of plastic and metal was just magic to my child brain. Being able to just go and visit other peoples’ towns? Having villagers move between towns that you had visited? Enchanting. 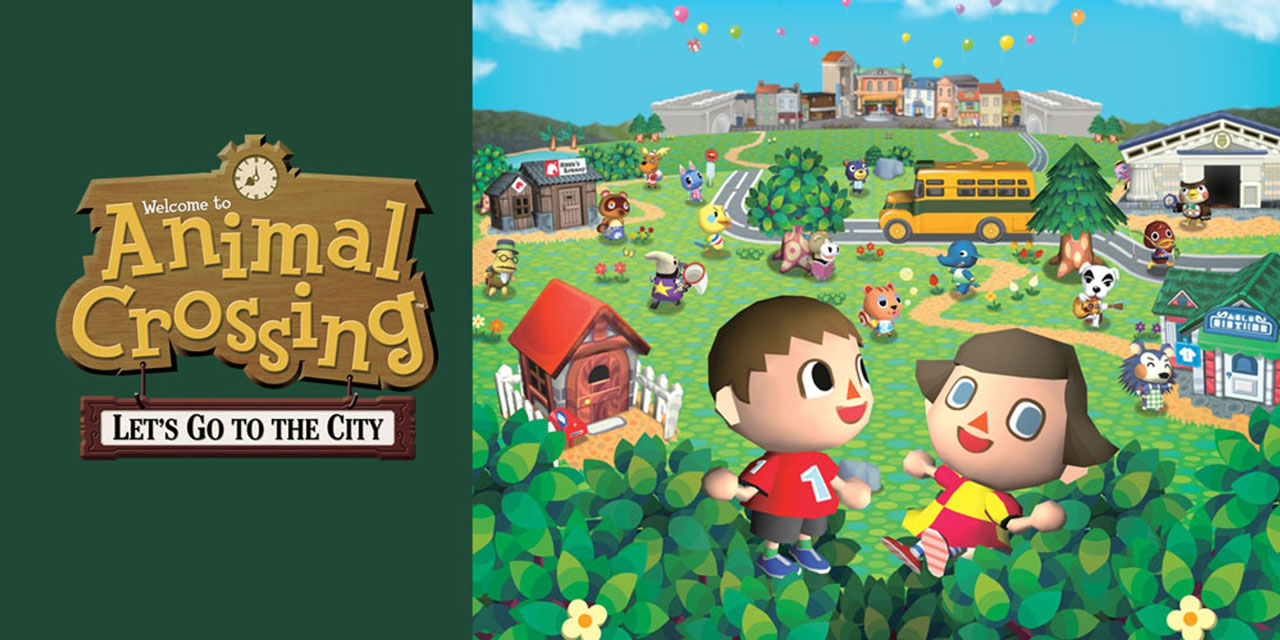 Fast forward a few years to a point where Wi-Fi is now a staple in most households and the Nintendo Wii has made almost full use of it, with modern accoutrements like a digital store for games, both current and retro (how about that, Nintendo), and regular system updates to keep the console relevant and chugging along happily. Animal Crossing: Let’s Go To The City — the strangest title localisation imaginable — released to widespread fanfare but there was one significant issue: town importing. This wasn’t an essential feature per se, it just brought your town layout and some minor details across, but you didn’t keep your house or furniture… At least, that’s what I’m told, as for some reason Australia received what seemed to be the same as the EU version of Let’s Go The City, while Wild World was localised properly for Australia. This meant the Wii threw up its hands and yelled “I don’t know what to do here,” and we were completely unable to import anything between games.

Now, this seems straightforward to fix, just throw out a quick patch using all that newfangled internet connectivity and everything’s fine. Nintendo, however, staunchly refused: no Wii games were to receive any kind of patch or update post-release, just as all the console games confined to discs were before it. In an uncited sentence on the Wikipedia page, though, there’s a mention of being able to mail your disc back to Nintendo to have the issue fixed. I didn’t hear this at the time, but reading it made me feel physically ill — packaging up your game and getting Australia Post to send it to Nintendo to… do something? Physically, like really actually, mailing your video game to a global company for an individual update? The extra gut punch is that Nintendo flouted its own rules and ended up sending out updates over the air for Super Smash Bros: Brawl anyway. 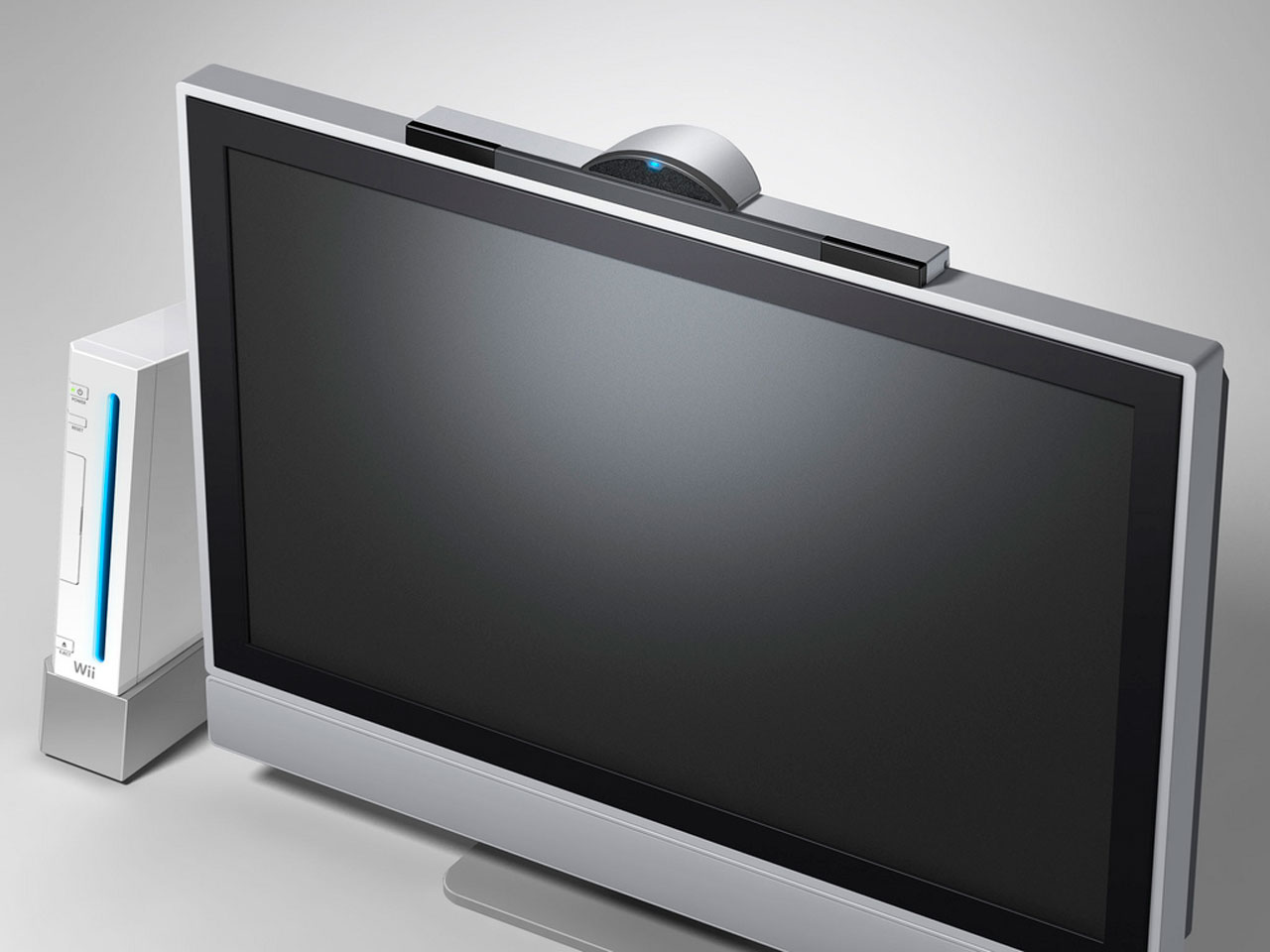 All that weird nonsense aside, Nintendo actually ended up doing more than just strange, physical updates with Animal Crossing: Let’s Go To The City: it also released the Wii Speak at the same time. That’s right, Nintendo had a first party solution for voice chat, on-console, without having to defer to mobile apps like today. While it was designed for the Wii in general, and came with its own channel on the system for just idly chatting with your friends, there was an option to have it bundled in with the new Animal Crossing. That would likely be 90% of what you used it for anyway, since there ended up only being twelve other games with support, most of which were 2K Sports titles.

As you’d probably expect, Nintendo’s first attempt at voice chat was nothing short of abysmal. For some reason, the Wii Speak wasn’t a headset microphone but a wide field mic designed to sit atop your television like a strange, alien growth. It picked up sound from the whole room, so if you weren’t playing in tranquil, abandoned surroundings you would be endlessly transmitting noise to your friends. Even if you were speaking, really, you would just be transmitting noise to your friends: audio quality was shockingly low and for the most part speech was just incomprehensible. Thankfully, there was relatively little pickup of the game sounds coming from your TV, although it did happen occasionally and especially if you had the volume up high enough. Ultimately I think the biggest question for the Wii Speak was “why?” Just in case you never had the pleasure of hearing what this thing was capable of I’ve included a video. It’s absolutely incredible.

A few years later, in 2013, Nintendo launched the next Animal Crossing title, New Leaf, with a surprisingly small number of weird experiments. In fact, most of the additions were very welcome: the new, separated multiplayer space in the form of Tortimer’s Island prevented other players from annihilating your town, and there were multiple legitimately useful online integrations with things like QR codes for sharing custom patterns or the Dream Suite to allow you to freely explore other people’s towns asynchronously — no multiplayer organising required. 2013’s big new experiment was Amiibo, that delightful new creation from Nintendo that blended both toy and game alike, and it struck at the end of 2015 when we received two entire Animal Crossing spin-offs within a month of each other – Animal Crossing: Happy Home Designer for the 3DS and Animal Crossing: Amiibo Festival on the Wii U.

Happy Home Designer and Amiibo Festival came around in the midst of cries for a real Animal Crossing release on the struggling Wii U, a proper Animal Crossing HD, so to speak, but they were both neutered, strange half-games: Happy Home Designer simplified everything down just to placing items in homes to (very loose and forgiving) villager specifications, using Amiibo cards to summon new clients, and Amiibo Festival was essentially just Mario Party with a cuter, anthropomorphic makeover that was also worse and more boring — if you ever played the Amiibo boards in Mario Party 10 you’ll know what you were in for.

Those two releases caused people to fear that Nintendo was testing new directions for the series, that we would be seeing less and less of the quiet village life simulation that had made the franchise popular. Series director Aya Kyogoku did little to put these fears to rest in a 2016 interview with US Gamer, noting that although he “[saw] these new entries as just spin-offs,” the series’ future direction would “depend…on what hardware or system is available, what time of gameplay will be fun at the time,” and that the company would “have an open and free mind to really think about what would be best.” Nintendo finally brought Amiibo over to Animal Crossing: New Leaf with the Welcome Amiibo update (yes, Nintendo finally learned how to do those) and expanded the Amiibo card range — a format for Amiibo yet to be implemented to any other series — to be over 450 cards, more than double the number of regular figurine Amiibo. 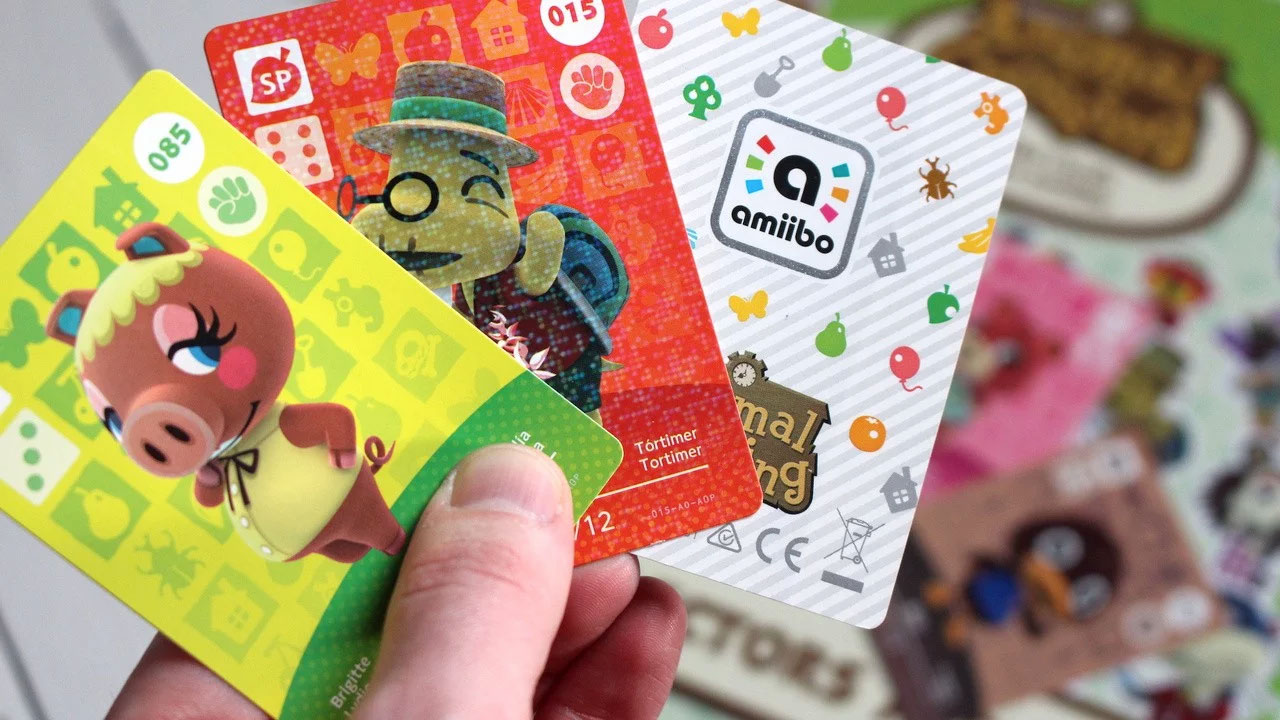 When Nintendo first revealed the Switch early in 2017, my first thought was “wow, that would be great to play Animal Crossing on.” It’s taken three years to materialise but now we’ve seen the launch of Animal Crossing: New Horizons and there’s lots of cool new innovations to play around with: a robust friend system allowing inter-island messaging, great new ways to send gifts and items, but most importantly, a useful well-crafted update system that will add new NPCs, events and content to really extend the game’s lifespan as we play it, something that ˆ has been needing for a long time. It’s a treat.