My game of the year: Disco Elysium

Disco Elysium is a game that sneaks up on you. While it at first seems to be about a terminally dysfunctional detective – think Dirk Gently meets Bernard Black — the further you journey into the post-revolutionary city of Revachol, the more the scope both widens in its worldbuilding, while narrowing to probe the tattered psychology of the protagonist.

The game’s novel approach to stats — anthropomorphising them as competing voices in the protagonist’s brain, pulling him/the player hither and tither between ideas that are alternately ludicrous and dangerous — not only gives a great deal of depth in character progression, but feels powerfully true to the human experience. Likewise, while the denizens of Revachol often come across as surly, uncooperative and at times genuinely revolting, truth also lies in their struggle. Trapped in the middle of a war between two equally corrupt forces, in a nation that was given the chance to redefine its identity and apparently failed miserably, these are people desperately trying to eke out a semblance of a normal life in the midst of chaos.

Yet despite all this existential grimness, the game succeeds in not only being genuinely funny, but also one of the rare examples of a game tackling “edgy” humour (case in point: the protagonist’s rather sad misogynistic streak) and managing to justify it in service of character. Disco Elysium is not just one of the funniest and most literate CRPGs to come along in years, but one of the most unashamedly human.

Combining walking simulator-style clue hunting with a freeform structure and a Majora’s Mask-esque time loop mechanic, Outer Wilds provided some of the most magical moments I had in games this year. While this open-endedness occasionally leads to confusion, this is a game that should be played for its ability to evoke sheer awe unreachable by most games with twenty times its budget.

Hypnospace Outlaw, while an excellent investigative game in its own right, is also a bang-on satire of the early days of the World Wide Web. It perfectly evokes a time when Geocities and Angelfire ruled the (shudder) Information Superhighway, when the online world was a garish cacophony of three-frame animated GIFs, obnoxious auto-playing MIDI files, and Comic Sans as far as the eye could see. Also, the soundtrack is bloody fantastic (Chowder Man 4 lyf). 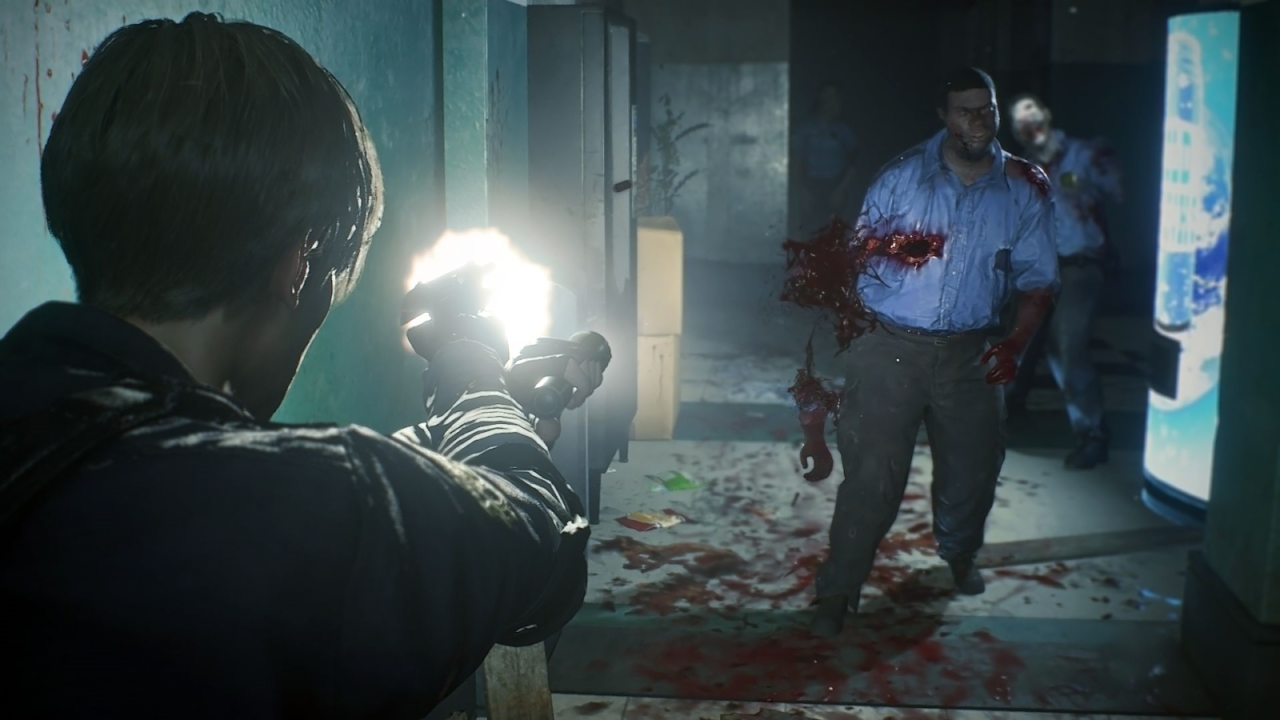 Hit: Capcom shows us how remakes are done

Most remakes of old games tend to be little more than cheap ‘n’ cheerful grabs at the nostalgia dollar. Resident Evil 2 showed how you can bring a game into the modern age on a technical and gameplay level, while retaining the essence that made the original a classic. It’ll be interesting to see what Capcom can do with RE3.

Blizzard has been no stranger to PR gaffes in recent years, but it appeared to hit its nadir earlier this year by banning Blitzchung, a Hearthstone esports player, for voicing pro-Hong Kong sentiments during an official streaming event. Rightly pilloried for placing Chinese interests above the players, Blizzard walked back the punishments slightly, but still nowhere near enough. Sort out your life, Blizz.

Despite having been fairly quiet following the fantastic (and tragically ignored) Titanfall 2, Respawn Entertainment came into 2019 swinging. Apex Legends succeeded in bringing exciting new elements to the already-croaky Battle Royale genre, while Jedi: Fallen Order finally gave us a good single-player Star Wars game. Really, EA, that was all we were asking for.

I mean, take your pick: awkward public events, microtransactions in Borderlands 3, endless Randy Pitchford drama… It’s been like watching someone kick themselves in the nuts for a year straight.

Finally, a PC subscription service with a bit of heft to it. While the PC Pass’s lineup isn’t quite as big as its console counterpart, it represents the best value for money for PC gamers who want to access Microsoft’s first-party hits, but also a strong, diverse range of modern hits. Being a fan of the Vampire: The Masquerade tabletop game and of the original Bloodlines, getting a modern-era sequel has me… um… fanging.

It’s that time again. Here’s to a year of stats being thrown around the shop and fans going apeshit at the demo reels, the pricing of the boxes, and… well, everything, really.

The one we’re all waiting for. Even if it doesn’t turn out to be the dawning of a new era of RPGs, Cyberpunk at least promises a lot of hard-boiled sci-fi fun with bonus Keanu.

I admit, I never fully got to grips with the baffling number of systems at play in Crusader Kings 2. In a weird way, though, it only made the experience more fun. This series encapsulates wonderfully the feeling of being a new king struggling to figure out how to keep your kingdom running, while everyone you know is trying to either mate you off or kill you. I look forward to more medieval chaos in the new instalment.

It’s been a good year, overall. In fact, it’s been your typical final year of a generation, with games finally starting to push past the limits of the current hardware. Next year, however, is when the fun really begins.