Animal Crossing: New Horizons Review — From the Ground Up

Wow, this has been a long time coming. I’ll disclose up-front that I’m a big Animal Crossing fan, having been with the series since Animal Crossing: Wild World on the DS, and a high definition release of a core game in the series was something that fans like myself begged Nintendo for on internet message boards through the entire Wii U lifecycle. We’ve finally got our wish in the form of Animal Crossing: New Horizons, and I’m so pleased to find that it has exactly the blend of the familiar and the new that will keep old fans engrossed and prospective villagers able to jump straight in. 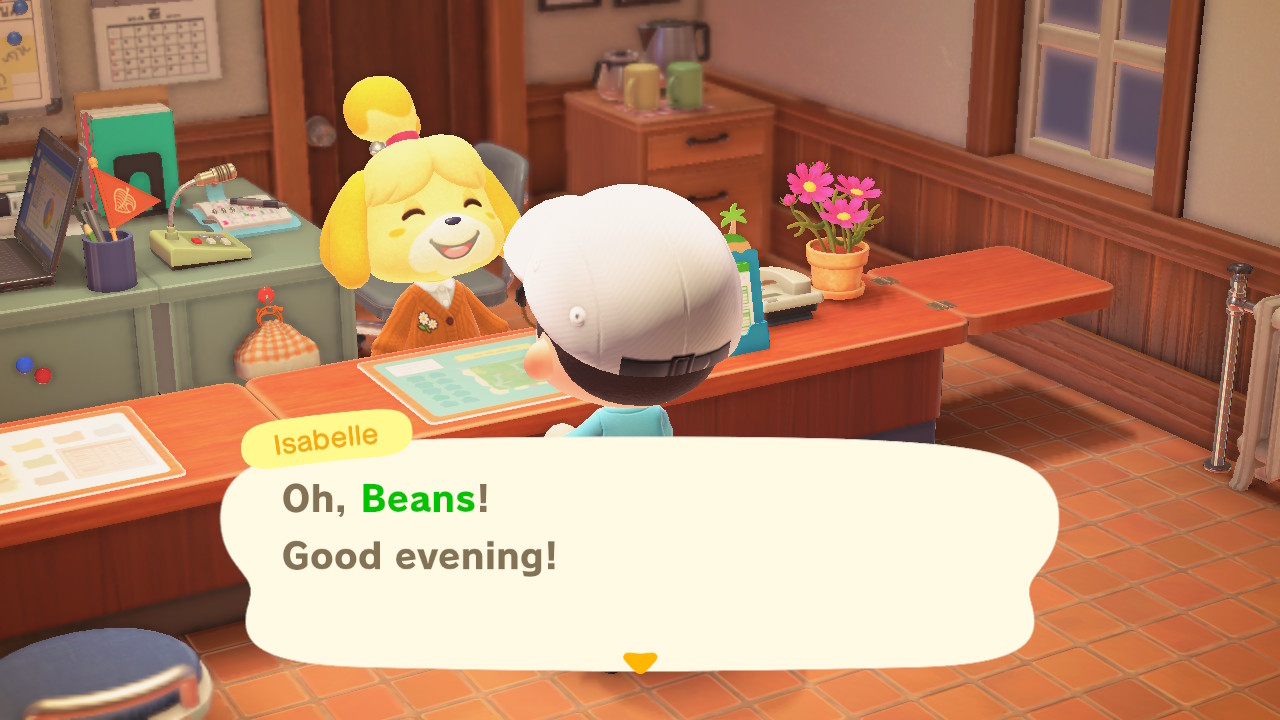 Let’s chat first about Animal Crossing’s core gameplay loop: it’s been the same through each game and this new title doesn’t stray too far. You play a human who lives in a little village with some anthropomorphic animals and doesn’t ask too many questions about it. You’ll live your days in real, honest-to-goodness Earth time and chat to your animal friends, building friendships through conversation and gift-giving. You’ll relax, partake in rural activities like growing fruit, catching fish and bugs, and decorate your home. You’ll sell that fruit and various critters to the local store for Bells — the local currency — and use that to pay off the (interest free, no term) mortgage on your house, buy furniture and otherwise improve your town.

The real joy is the flexibility in this arrangement: I’ve known many to obsess about completionism, catching every available fish or bug and displaying their achievement in the local museum; some prefer the design aspect, creating a town that matches their vision and aesthetic. Alternatively, you can cruise along, take things as they come, and enjoy the events that roll through, like buying turnips on a Sunday or competing in the monthly fishing tourney. Some will find it boring, and be warned: if you find other Animal Crossing titles slow, Animal Crossing: New Horizons kicks that pace into positively glacial territory, with core amenities like the shop now needing to be built from scratch. 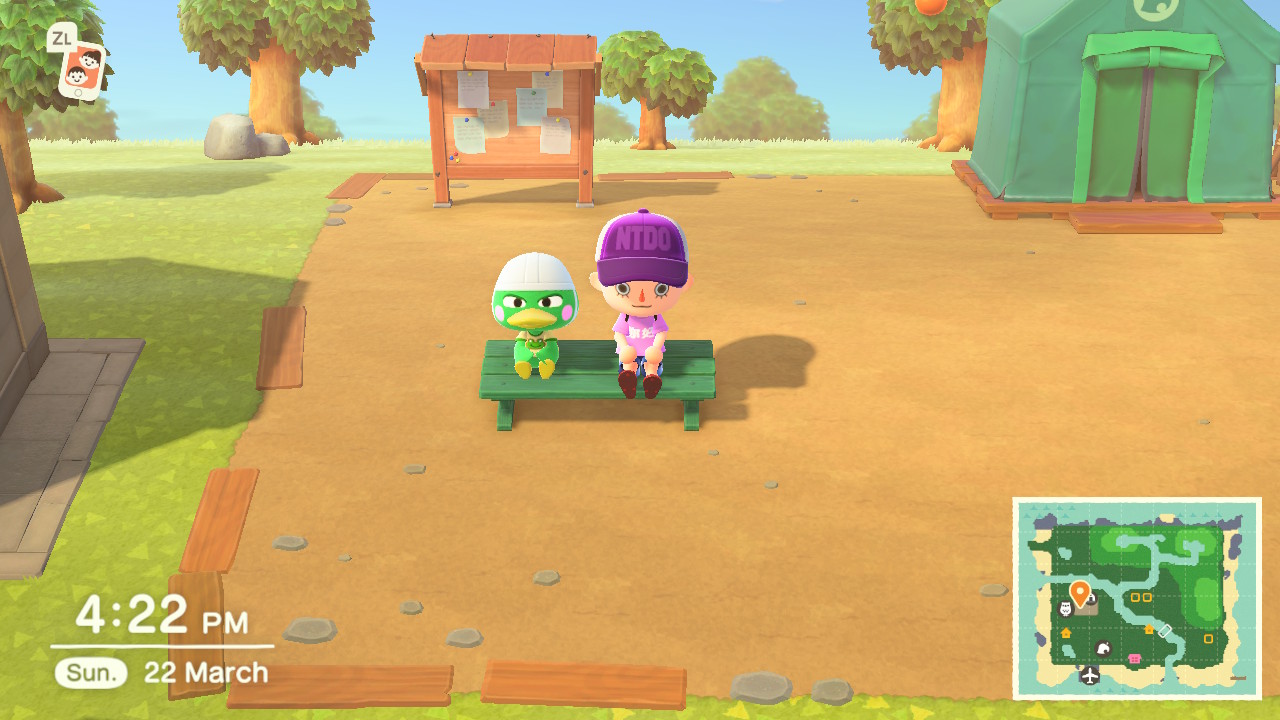 If you’ve seen any of Animal Crossing: New Horizons’ pre-release content, you’ll likely already be familiar with this new title’s central gimmick: you’re no longer moving to an established town, but rather a deserted island to make your way up from nothing. You’ve got a tent, a couple of animal villager pals, and benevolent tanuki Tom Nook running Resident Services to help you get set up. Right off the bat, the game plays its biggest draw cards for town planning obsessives: where in previous titles, starting villagers would have established houses and new villagers would just set up in a random spot, you are now able to exert complete control over where they build, giving your island a sense of structure and design. Should you crave the randomness, or have no preference, you can still opt for that. This extends all the way out to essential buildings, like the eventually constructed museum or shop, and it all feels intensely freeing.

Once you’ve reached certain milestones in-game, you can even move buildings should you so wish. Gone are the days of ending up in a town with essential, frequently visited services located miles away from each other, and good riddance too. Public works and infrastructure make a return from Animal Crossing: New Leaf, so you can still pick your bridge and incline locations for crossing rivers or scaling the newly-added cliffs – you can’t move or upgrade these, requiring you to demolish and rebuild instead, which is unfortunate and a little bit odd. Gone from New Leaf though are things like streetlights and park benches — these no longer require a day (and far too many Bells) to build, as they are now just furniture items. That’s right, you can now place any furniture item outdoors and decorate your island exactly how you wish, which allows so much freedom of creation and expression. I can’t stress how magical setting up your own little tourist spot or playground is; after playing around with it I can’t imagine how I managed to tolerate the thin restrictions of older games’ outdoor design. All these additions are so seamless, and so obvious, that it’s impossible to envision the game any other way.

This feeling of uninhibited expression is both Animal Crossing: New Horizons’ best quality and its undoing. The things I’ve described above are things you’ll encounter on just your first day or two; there’s so much more to it, including the much-touted terraforming features that let you design exactly the island you want, and the introduction of real path-making tools superseding throwing custom-made patterns on the ground. Unfortunately, after two weeks — for me, around 50 hours of playtime — you’ll have everything unlocked and… that’s it. It really becomes a “make your own fun” situation. The game lays out this slowly-evolving structure, with upgrades and new buildings making their way into your town, and then it stops. It leaves you to design the spaces you want to play in, and your motivation is going to really depend on how much you love that core gameplay loop: relaxing, designing and spending time with your villagers or your friends.

In fairness, all of that is better than it ever has been: villagers go about daily routines, exercising and fishing, sometimes stopping on a park bench to sing a song, and the multiplayer sees one of Nintendo’s most robust online integrations for any of its Switch games so far. There are various events and island visitors, and paying off the mortgage for a fully expanded house is a long process, but there’s just nothing as big or with the same emotional payoff as your initial build. Nintendo is attempting to integrate larger seasonal events as DLC, but the less said about the straight-up awful Bunny Day event that marks their first stab at it the better. Your mileage will definitely vary. 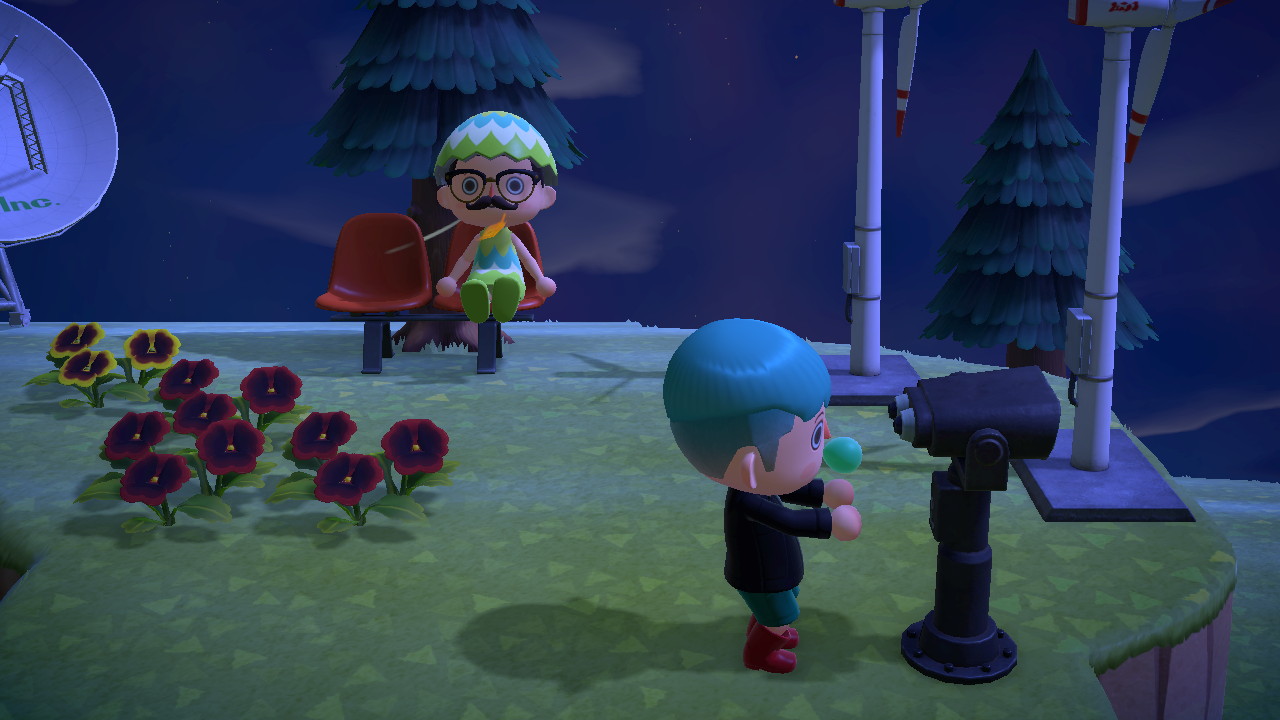 There are a few more things I think need to be talked about to have a full picture of your deserted island experience. For instance, you have the choice to leave for a randomised mystery island, which lets you meet new villagers to invite to your town as well as enjoy the procedural quirks and potentially rare finds on some islands. Some of these rare finds will be useful for crafting — yep, Animal Crossing is just a survival game now, and you’ll end up building your own tools and furniture. Nintendo has kept the weirdly delicate items from The Legend of Zelda: Breath of the Wild, as well: your tools will break quickly and often, forcing you to continually make new ones, but like cooking from that same source don’t expect it to be efficient as you can only craft one item at a time with an unskippable ten-second animation. It fits the pace here better than for Link but if you’re trying to craft say, lots of fish bait for a fishing session, or lots of outdoor decorations for a landscaping project it definitely reduces your productivity significantly.

I enjoyed discovering new recipes and having the material collection busywork, though — it gave me another reason to come back each day. Lastly there’s the Nook Miles system, which gives you rewards for completing certain tasks or maintaining daily streaks, and this is what funds your mystery island trips and some feature unlocks, as well as allowing you to buy new crafting recipes or exclusive items. Just like the crafting system, it’s designed to keep rewarding you for playing more, although you’ll definitely find yourself running short as later-game items get quite costly. 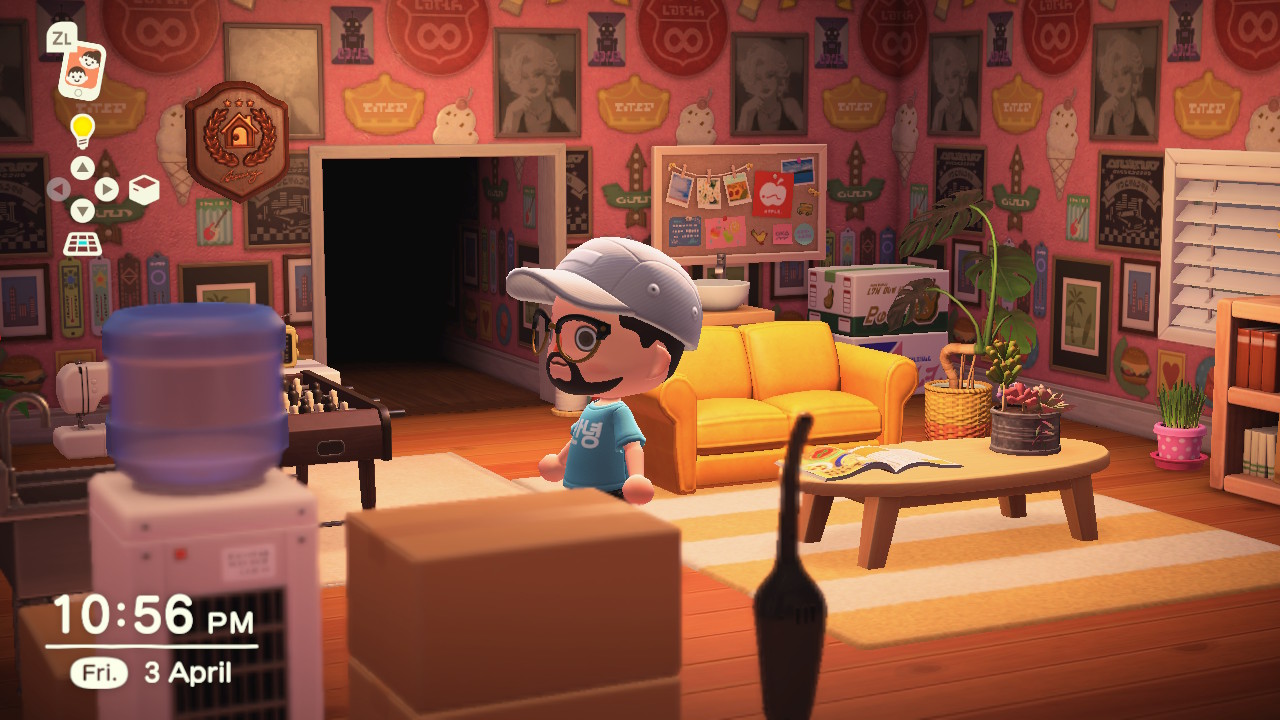 I think Animal Crossing: New Horizons is great. It’s almost barely a complaint to say that after weeks of constant play the focus shifts to self-driven play — not many games can muster that longevity if they try. All the systems are great, and the design and customisation aspects so far and above what the series has presented before that it’s tough to criticise the core experience, but as a game designed to be played daily, it needs to motivate its players beyond just giving them chores to complete, and the future isn’t looking incredibly solid on the DLC front (something I would be very happy to be proven wrong about).

Animal Crossing: New Horizons is a lovely experience, and it’s even better with friends, but if you shied away from Minecraft’s Creative Mode or couldn’t summon the energy to optimise your Stardew Valley farm, this one might not be for you.

[…] said — and I mentioned I was wary of this in my original review — the update system killed everything for me. I have no objection with being time limited by an […]