A Little Late, Episode 2: What The Golf

Golfer? I hardly knew her!

It’s time for round two of A Little Late! For those who tuned in on Monday, welcome back! For everyone else, A Little Late is a series where we tackle those maybe-not-so-new games that have made their way onto our gaming equipment over the past week.

This week, I’ve been spending far too much time on What The Golf, a little indie puzzler that’s available on Switch, PC and, as the keen-eyed loyalists among you may have guessed, Apple Arcade. Yes I bought an iPad a few weeks ago. What’s it to ya? Somehow I’ve managed to throw a solid seven hours at 100%-ing this little puzzler but I’m not sure I’m in love with it. 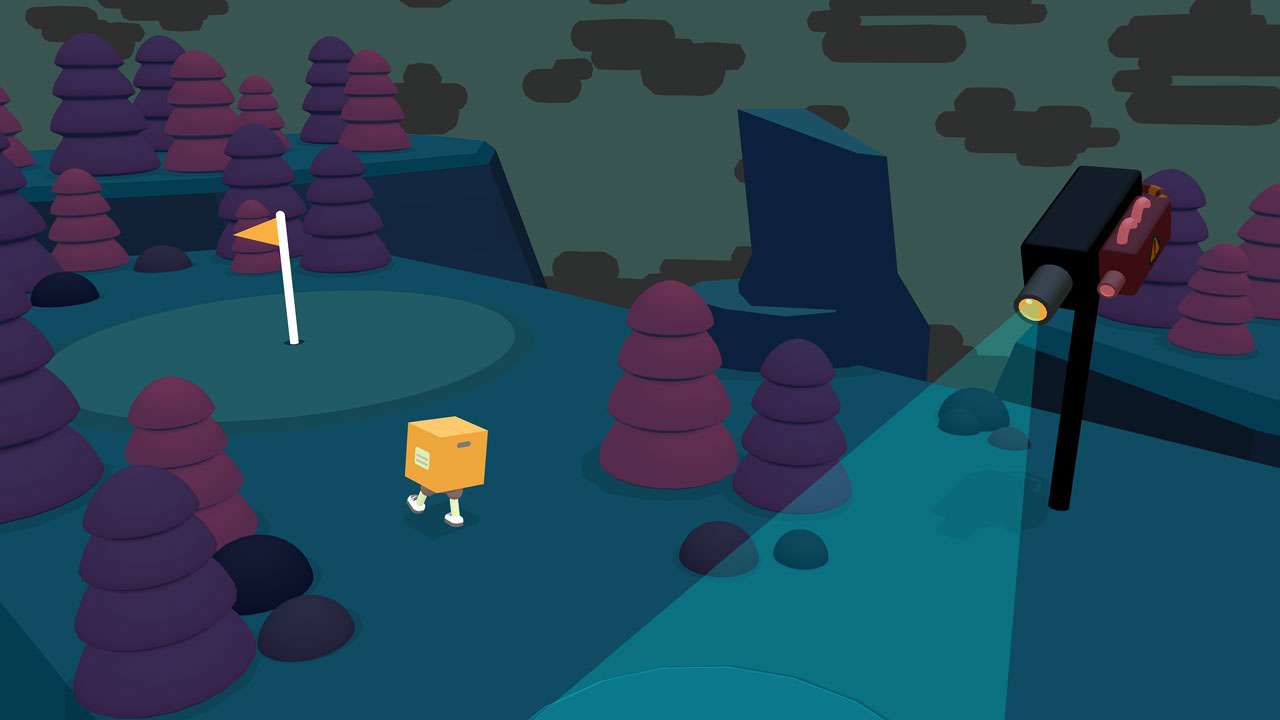 The concept is fun: every level in the game is presented as a golf course — or a mini-golf course on a bigger scale — and you’ll swipe on your screen to set the power and direction of your strokes, but most of the levels simply aren’t golf. Every twenty seconds or so, you’ll switch to some new variation on the theme and the surprise is gut-breaking. It’s often hilarious. There are twists on golfing, like putting a human golfer, or a soccer ball, and then there are crazy golf-style parodies of other titles like Guitar Hero and Superhot that somehow preserve the core gameplay mechanics. The game is at its weakest, though, once the novelty wears off (which happens rather quickly) and it starts trying to build its own humour outside of parody. It’s largely just a parade of non-sequiturs, the kind of 2009 “lol random XD” stuff that I’ve always been ambivalent to. It’s funny a few times, sure, but not for seven hours. Humour is obviously subjective, though, and I imagine that some will love it; if you enjoyed Goat Simulator, What The Golf has a very similar vibe.

The other thing that broke my immersion was the presence of a few unwelcome quirks. Some levels are FPS-styled, which is cute, but requires you to physically rotate your whole person to aim — I was playing in the car when I hit a glut of these levels and had to stop playing. That, and some puzzles are just unnecessarily difficult due to floaty cartoon physics and effectively rely on random chance. 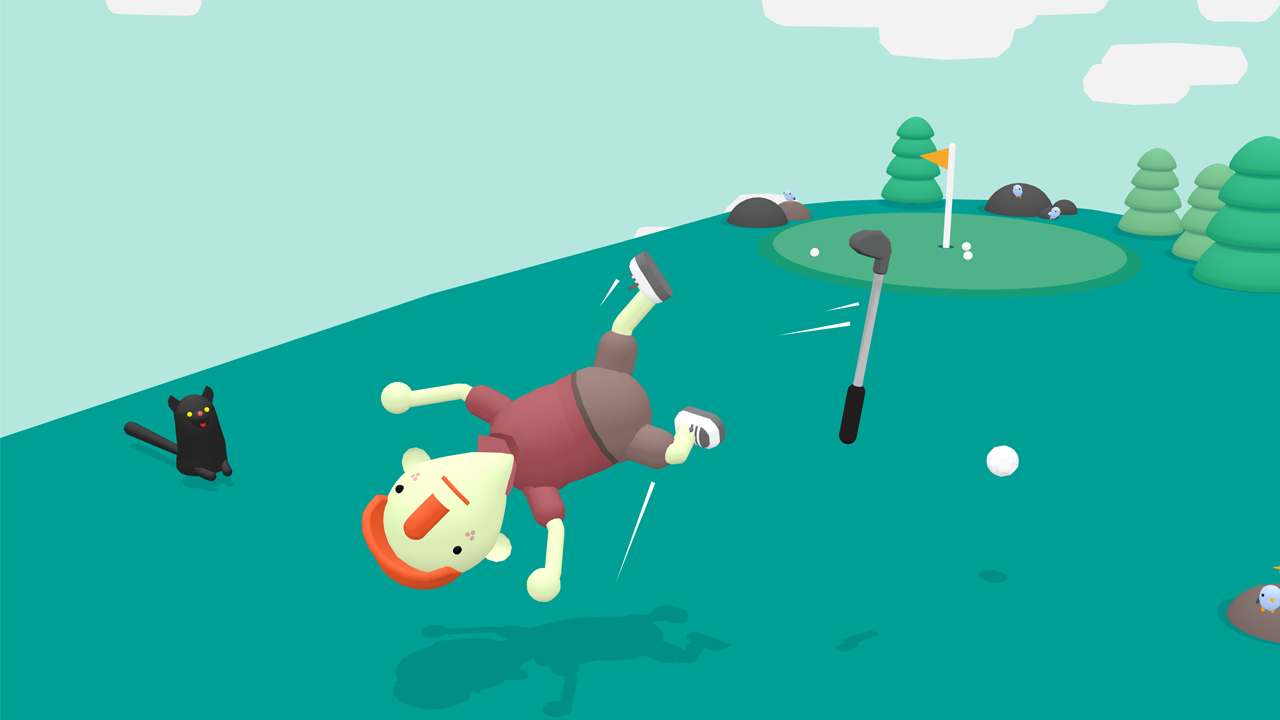 I feel like I might be being a bit harsh though. What The Golf really is a lot of fun, with a very cute visual style and enough variation to maintain my interest. The game is addictively constructed as well — levels last from three seconds to no more than about a minute and it’s so easy to just keep going. Most puzzles are constructed really well and, hey, I 100%ed it, and I’m no completionist by any stretch of the imagination. If you’ve got some time to burn or really just want something to putt away at in a spare ten minutes you can sure do a lot worse.

While you’re here though, I’d love to recommend Golf Story on the Switch — it’s funny, clever, and has its own little twists on golf for those that don’t like it. It’s one of my favourites of all time and great if you want something a little more substantial while sticking to a vague golf theme.