How the Pokémon Company caught us all

From just a game about catching animals to a modern juggernaut, we take a look back at how it all started

Last week, Game Freak designer James Turner shared a manga page featuring a number of series creator Satoshi Tajiri’s early Pokémon designs. Some of the designs features on the page, including Blastoise, Diglett, Gastly, Venonat and Voltorb, made it into the game, while others weren’t so successful (although Pokébeach speculates that some were improved upon and released in later titles). With these sketches (and how long ago they were drawn) in mind, it’s interesting to take a look back at this series’ humble beginning and how it became the world-renowned colossus that it is today.

The franchise’s creation is said to have been inspired by Tajiri’s own childhood hobby of bug-catching. Based on this, he set out to create a game where the players would collect monsters out in the wild in order to fill out a “catalogue” (Pokédex) of all the different species within the world. He also implemented a battle system, which encouraged players to train all their favorites to form the best possible team, but the “rock-paper-scissors” format in regards to types meant that they also had to be wary of strengths, weaknesses and team balance.

On February 27, 1996, Pokémon Red & Green launched in Japan on the Nintendo Game Boy. A third version, titled Pokémon Blue was also released and shipped out internationally alongside Pokémon Red in 1998. The games took the world by storm with their innovative play style. People were constantly comparing creatures and were trying to see who would be the first one in their group to capture all 150 creatures.

Of course, Nintendo and partnering company Game Freak realised the endless marketing possibilities behind this initial accomplishment. As early as April 1997, they launched an anime series (it began airing one year later in the US) that told the story of young trainer Ash Ketchum as he travels the world in order to achieve his dream of becoming a Pokémon master. The series has seen great success during its 21-year run and is still going on to this day. Alongside the anime, there have been over 20 movies released (the latest being Pokémon: I Choose You!), with a 21st on the way. 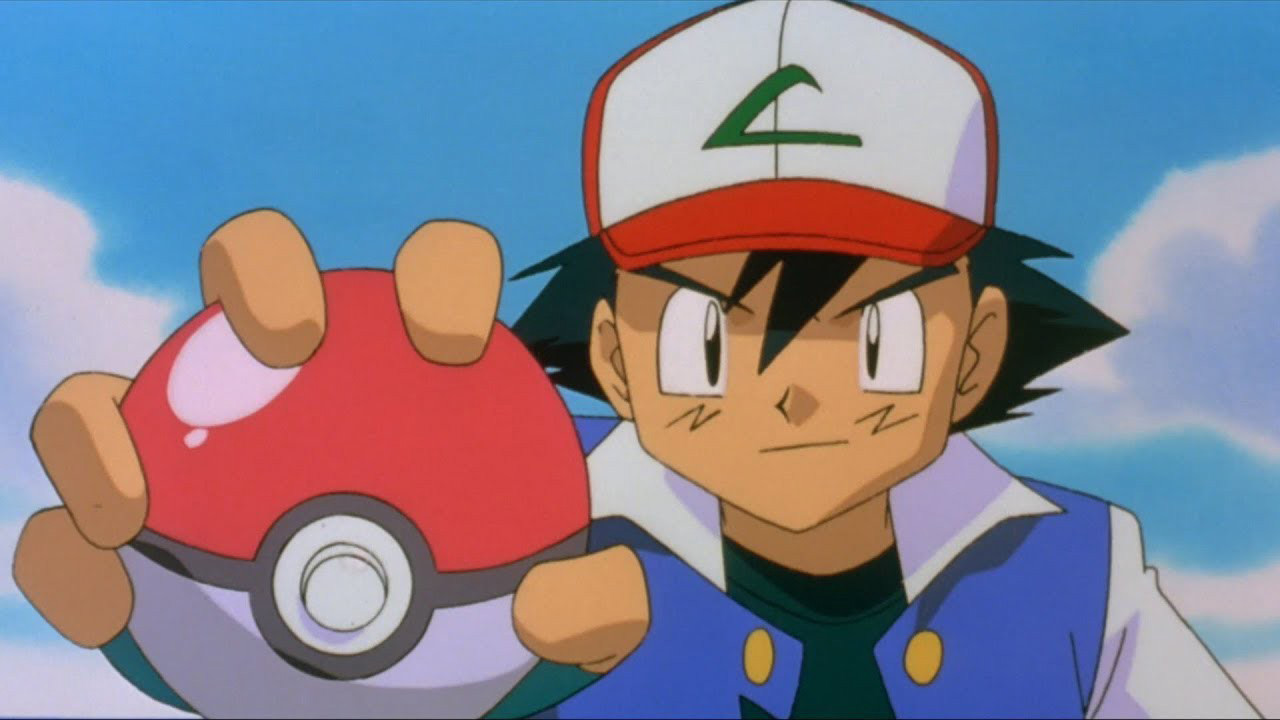 Another market Nintendo, Game Freak and the Pokémon Company were quick to jump into was trading cards. Released just six months after Pokémon Red and Green in Japan, the franchise’s popularity was so great and so sudden that Nintendo and Game Freak saw fit to outsource the cards to a company called Wizards of the Coast — a subsidiary of board gaming giant Hasbro — for translation and release in the West only a couple of months after Pokémon Red and Blue hit U.S. and Australian shelves (and before it hit European and U.K. ones); the card game went on to be a phenomenal success, and still is today.

The Pokémon Company also dug its claws into the manga industry early in its juggernaut’s existence with the first chapter of Hidenori Kusaka’s first chapter of Pokémon Adventures in March 1997. Since then, a number of different Pokémon-themed manga have been published, some released in English and some not, though most of them are based on the anime movies. However, it’s Pokémon Adventures that, in the words of series creator Satoshi Tajiri, “…most resembles the world I was trying to convey”.

Pokémon continued to expand to other areas as well with the release of Pokémon plushies, textbooks, bed sheets, and more. Despite this great success, it seems that Nintendo and Game Freak were already two steps ahead. In 1997, the companies started work on two entirely new additions to the franchise, Pokémon Gold and Silver; these titles took a bit longer than expected to release — leading to the release of several other titles including Pokémon Yellow, Stadium and Snap to tide fans over — but their Japanese release in 1999 (Western regions waited until 2000 [Australia and North America] and 2001 [Europe]) rejuvenated the saga. Introducing another 100 new species and bringing new mechanisms through which players could catch certain creatures (the day/night cycle, for instance), it was the breath of fresh air necessary to keep people going. 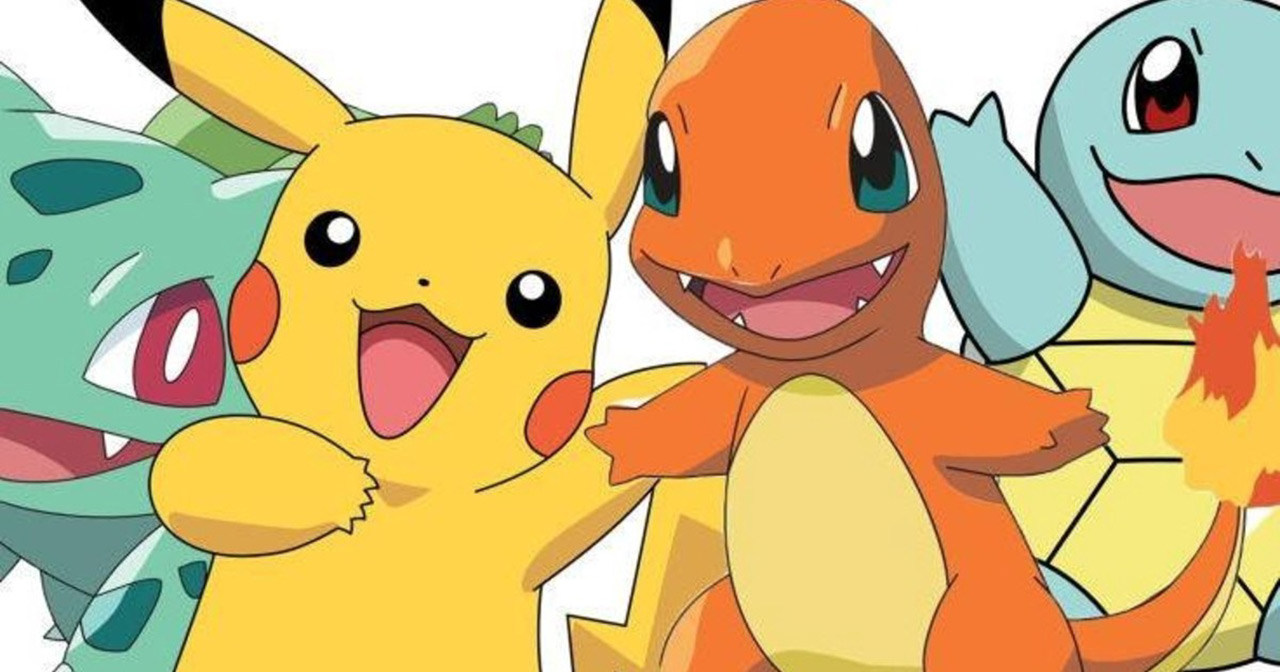 Since then, at least once a year (two at the most), Nintendo and Game Freak make sure to introduce a new cycle of Pokémon creatures, the latest being in Pokémon Sun & Moon. Every time a new cycle is released, the rest of the Pokémon empire follows suit and fans get new anime episodes, new manga, new trading cards and a whole hell of a lot more.

The Pokémon Company is now one of the most well-known within the video game industry and has used that recognition to expand even further. In 2015, the company announced that it would be collaborating with Niantic in order to create a smartphone app that would allow people to catch and battle Pokémon in the real world. When this app, Pokémon GO, eventually launched in 2016 (not without its technical issues, but that’s another story), it quickly became a worldwide phenomenon. With old and new fans of all ages rushing out into the streets in order to catch as many of their favorite little critters as possible, Pokémon GO made the franchise’s cross-generational appeal evident, and the game continues to grow with 750 million new downloads per year since its release. That’s not all, either. On July 20, 2016, The Pokémon Company came to an agreement with Legendary Pictures for the creation of a live-action Pokémon film. Expected to premiere in May 2019, we have since learned that the film will be based on Creatures Inc.’s Detective Pikachu, with the Deadpool’s Ryan Reynolds voicing the titular character alongside live-action performances from Justice Smith, Kathryn Newton, Bill Nighy, Ken Watanabe and singer Rita Ora.

In the real world, the incredibly popular travelling Pokémon theme park — known as Poképark for short — made its debut in Nagoya, Japan in March 2005, ending its run that September and popping up again in Taiwan the next June and leaving late in September. More recently, the series’ mascot, Pikachu, has been chosen to be an ambassador for the city of Osaka in its bid to host the 2025 World Expo.

With all of this constant expansion, it’s easier to find an industry that doesn’t have the Pokémon logo next to it these days. It is also very impressive to see where it started from and where it is today. Both Nintendo and Game Freak were quick to realise what a goldmine they had in their hands and how to capitalise on this opportunity. The only thing that remains to be seen is whether or not they can succeed in creating the Pokémon console game that fans have been dreaming about ever since they put that first cartridge into their Game Boy…