Popular lore masters My Name is Byf, Myelin Games, Beard_Grizzly, and Joker recently sat down to discuss their hopes and fears about the narrative featured in Destiny 2’s Warmind expansion, and what this round table really highlighted to me was that Bungie has created a universe of lore in Destiny that people can really get lost in — just like it did with the original Halo games. However, it is very clear that the studio’s existing leadership has approved decisions that actively distance players from this lore.

The chief culprit here is the almost complete lack of exposure to the lore within both games. In the first game, Bungie relegated lore to Grimoire cards that were readable on its website, but with Destiny 2, the studio opted not to bother surfacing the Grimoire in-game at all. Lore is only shared through random “scannable objects” around the environment, dialogue, and item descriptions. Where is the in-game “codex” that the Mass Effect series popularised? It is extremely disappointing that players have to resort to wikis and YouTube videos to learn about equivalent events, characters, species, and locations that 2007’s Mass Effect featured as voiced entries in its extensive in-game codex.

In the business context, successful projects and companies are ones that can easily justify why the market — customers, suppliers, regulators, and competitors — should choose them i.e. “the value proposition”. When applying this to video games, developers may very easily adopt popular game mechanics and business models, but it is extremely difficult to do the same with lore. I strongly believe that creating an engaging universe of lore is the best way for developers to differentiate their creations from anyone else’s. You can see this in the sheer fervour of fans who painstakingly recreate their favourite costumes and items for cosplay competitions, who write their own in-universe storylines, and who build entire second social lives within game worlds. Lore is the primary tool in every developer’s “value proposition arsenal” and, if you cannot connect with your players (the customers), you will not be around for much longer. 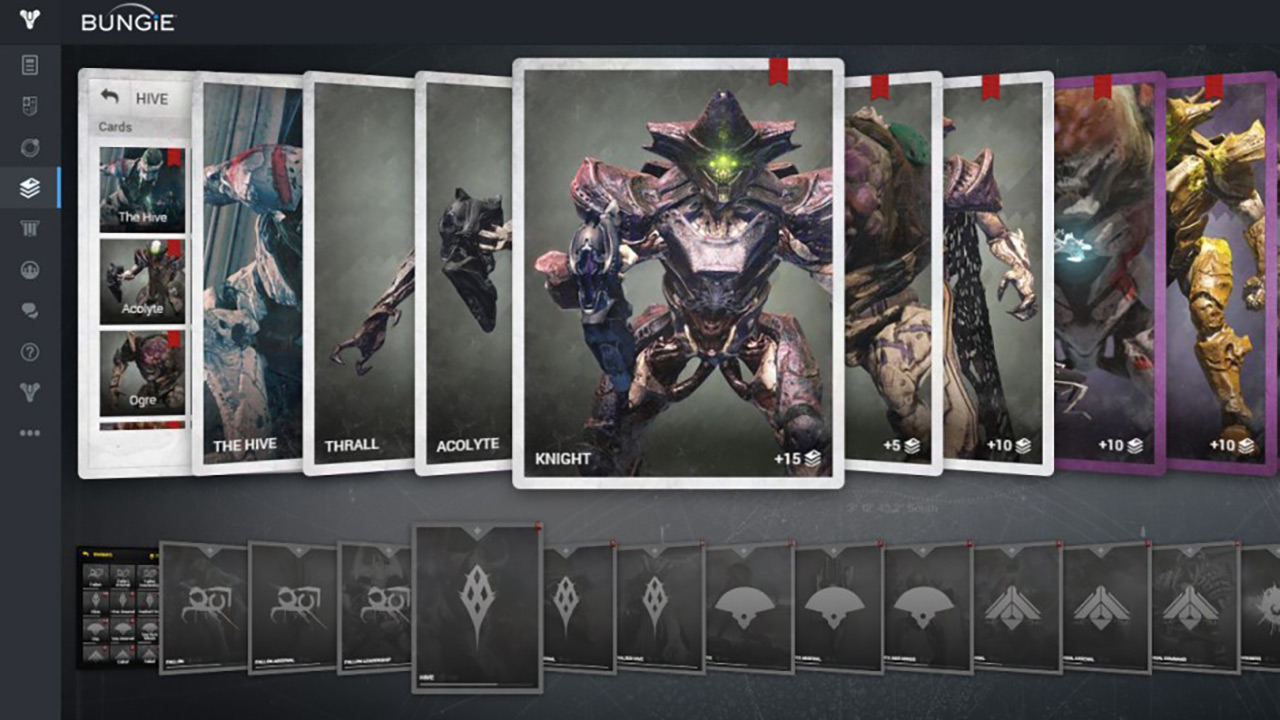 The story-rich Grimoire cards that Bungie has since abandoned. (Image: Windows Central)

Bungie has already noted that it has built Destiny 2 to be a game that players return to from time-to-time rather than daily, but this is approach only works if players actually want to return. If even popular content creators are expressing exasperation at the growing tepid response to your game (including their own), you need to find a way to keep your players engaged. Bungie, I firmly propose that embracing the deep lore within your game can maintain the player base’s interest between major content releases — even more than novel end-game content.

The discussion that these four lore masters had made it abundantly clear that the initial Destiny story team was immensely talented. Bungie urgently needs to shed the frigid management mentality that undermined the first game, and I believe that surfacing the series’s lore in-game is the most-powerful way to reconnect with Guardians. Otherwise, BioWare is primed to recruit these wandering warriors to don the powered suits in Anthem next year, and there is no guarantee that they will ever bathe in the Traveler’s light again.