Why Nobody Counts As a ‘Real’ Gamer

Gatekeeping has become so much more prevalent in recent years, and it’s starting to harm the wider gaming community. So just why do we keep on doing it?

There is no term I hate more than “real gamer,” because it doesn’t actually mean anything. There’s no definition of a gamer beyond “someone who plays games” and that tends to work in most situations, so the only people who really add “real” to that are those who are trying to change that definition to one that excludes somebody else. Interestingly, whenever somebody tries to redefine what “gamer” means, they always provide a definition that they themselves fit into.

Gatekeeping is a natural part of any community or subculture. It’s normal to want to defend your ‘tribe’ from any threats – external or internal – and that includes excluding people who don’t belong in it. There’s a strong difference between defending a subculture and creating a culture of exclusion, though, and that line is rapidly becoming more blurred, especially when it comes to gaming. We’re hearing more and more about how mobile games don’t count, and that if you ever pay for a loot box then you’re a disgrace to the gaming community, which is nonsense.

It’s not often I say this, but Lisa is wrong.

The gaming community is massive, mostly because it’s totally self-identified. You become a gamer by choosing to identify yourself as one, there are no other requirements. It’s like calling yourself a cinephile, there might be some that take it more seriously than others but that should never take away from other people’s enjoyment of the subculture. Adding trials and deterrents before you can join our little “club” just drives people away and harms the community as a whole.

In part, the gaming community’s size has led to this gatekeeping phenomenon because at the moment, we can afford to exclude people and still maintain the integrity of the group. More niche interests like antique tuba collecting need to constantly include people and bring in new followers just to stay afloat because a community of two or three people isn’t a community. Millions of people play games, so cutting 10 or 20 people out doesn’t noticeably impact the larger community. It does impact those specific people, though, and on a larger scale it sets a dangerous precedent for everyone else.

The more we exclude people and harm our community’s reputation, the fewer people will want to identify themselves openly as a gamer. I’m still hesitant to call myself a gamer when talking to people I don’t know because of the reputation that word carries, and I know plenty of people who play games but recoil at the word “gamer” due to its negative connotations. We need to change the perception from the inside out, and we do that by including people who wouldn’t otherwise have a voice in the gaming community. 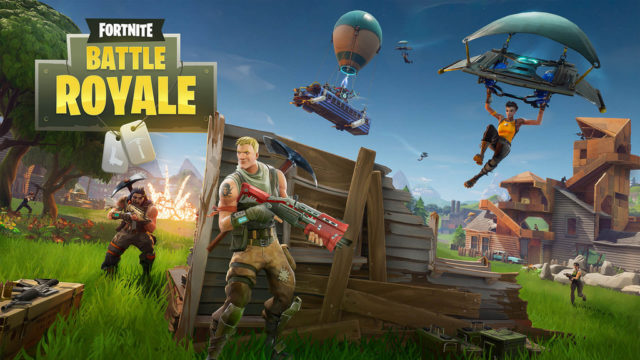 Whether you play Fortnite or Angry Birds, you decide whether to call yourself a gamer.

I find the recent trend in gatekeeping ties into a general rise in entitlement from fanbases of all kinds, not just video games. The internet has given us the ability for creators and audiences to easily communicate, and because of that easy access to creators, audiences think they have a right to change what somebody else has done just because they like it (you only need to look up Star Wars on a petitioning website to see how widespread this idea has become). Because gaming is a relatively new medium that’s still figuring itself out, this manifests itself not only in all the usual ways but also in a strong trend of dictating just who can be involved. In a misguided attempt to preserve something they care about, gamers exclude people with a genuine interest and lock them out of an entire medium.

While this is obviously very sad on an individual level, it has widespread repercussions throughout gaming that harm it. Video games still suffer from stigma and stereotyping in mainstream media, and limiting who can be involved does nothing to move us past it. To change those stereotypes, we need diversity in all forms throughout the gaming community so that we’re never limited to one idea. Gender, age, race, political views… all of it is important to keep gaming in the 21st Century, and we need to keep progressing the depiction of it past the “Mortal Kombat will melt your brain” phase that seems to be making a comeback. To limit who can call themselves a gamer gives us a negative reputation of exclusivity and harmful behaviour.

At the end of the day, video games are just a medium, no different to literature or film or music. Nobody has the right to exclude people from it for any reason, and to assume that power is dangerously arrogant. As with all art, video games can be immensely powerful with people behind them, and we’re at a tipping point where we need to decide what message we want to send. It can be a club of hazing and mockery with ever-changing rules that nobody can actually keep track of, or it can be one of openness and acceptance, where people can connect with others through their shared interest. I know which one I prefer.

Cai I really love your work dude – thought provoking and spot on.

[…] reputation since the very beginning, coming under fire for their apparently-simple design, their appeal to more “casual” audiences, their predatory “pay-to-win” business models, and so much more. Of course, the latter […]