Vampire the Masquerade: Bloodlines Taught Me That a Bad Game Can Still Stand the Test of Time

A good story can make all the difference

In this day and age, it’s a well-known fact that technology is constantly, exponentially improving, with Ray Kurzweil’s Law of Accelerating Returns suggesting that it’s doing so quicker and quicker all the time. Using technology to improve technology is a familiar concept in many fields, but the easiest example to picture is using a powerful computer to design and produce a more powerful computer: improvements in processor power, memory, storage and even software allow developers and engineers to create more powerful hardware and software, which they can then use to create even more powerful hardware and software, and so on ad infinitum.

This continual improvement in hardware, partially fuelled by some good old business competition, has had effects in the game industry too. Games like Remedy Entertainment’s Control and Naughty Dog’s Uncharted 4: A Thief’s End have been pushing the limits of graphical fidelity recently, driving competing developers to up the ante by attaching ever more bells and whistles to make their next offering stand out in the ever-more saturated market. This is even more apparent when examining the size of open-world maps over the past decades — they got truly enormous as developers constantly one-upped each other in their quest to release the “biggest” game of the year. 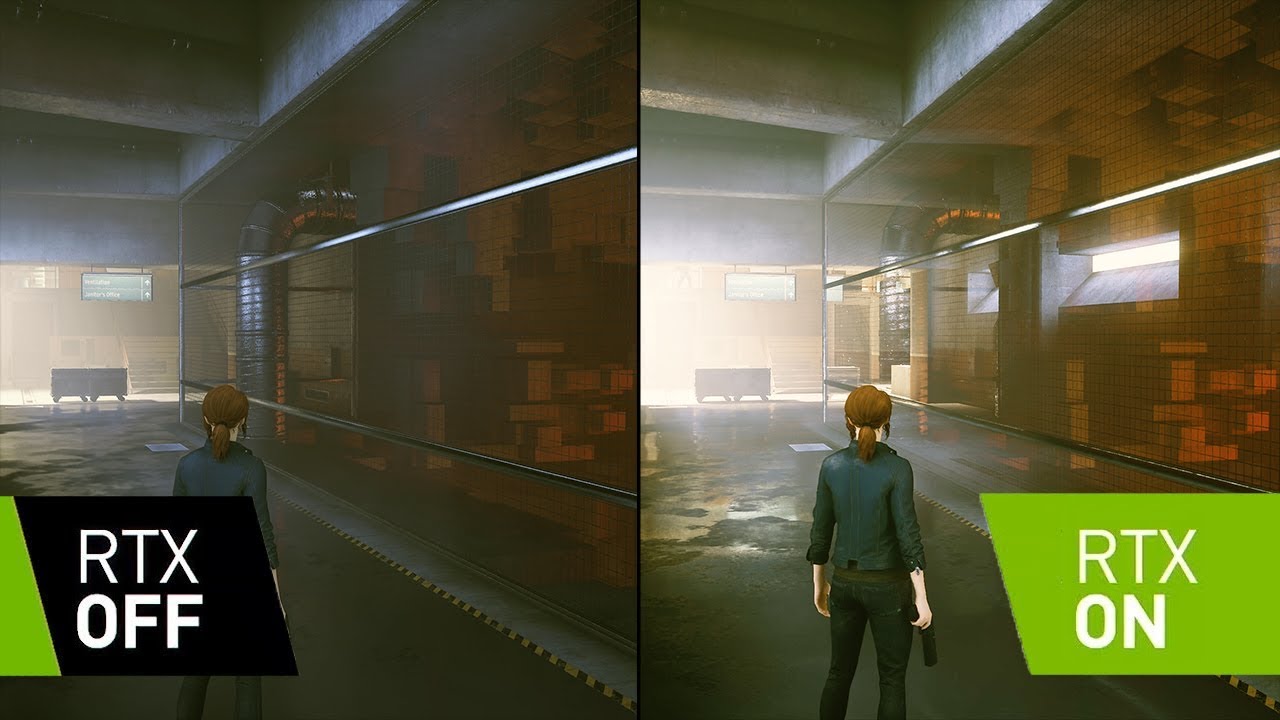 Ray Tracing is one of the latest and most powerful lighting technologies, if you’ve got the money for an RTX card that is…

The Law of Accelerating Returns comes up often in gaming circles as well, usually in the form of excited discussions about new technologies and how they can push video games’ previously-established limits even further, but we’re here today to discuss something different: the games that get left behind between generations and innovations. Considering the speed at which technology is improving nowadays, it’s no small wonder that many games are rendered graphically obsolete a year or two after they’re released, as what was once believed to be the pinnacle of visual fidelity is now but a relic of the early 2010s. With that in mind, it’s surprising to note that some games that have been objectively obliterated by the passage of time — and not just in terms of their visuals — have managed to maintain a niche within the community; Troika Games’ Vampire: the Masquerade — Bloodlines is one such title, and in playing through it recently I learned exactly why that’s the case.

Troika Games and publisher Activision released Bloodlines on November 16, 2004, after three years of messy, problem-laden development: Troika was the first team outside of Valve to work with the Source game engine, which was still in active development with Half-Life 2, having chosen it in part because of its facial animation and lip-synching systems. Troika was forced to inject a considerable amount of its own code into the unfinished engine, including its own AI coding that didn’t interact properly with Source’s coding, resulting in a massive amount of bugs and issues. Bloodlines performed quite well with critics in spite of those problems, an achievement in itself considering that it released in the same week as Half-Life 2, Halo 2 and Metal Gear Solid 3: Snake Eater, but its critical reception did not translate into commercial success — the game was a relative commercial failure, which ultimately contributed to Troika’s closure.

Caving to peer pressure, I recently played through Vampire: the Masquerade — Bloodlines three times in the space of a week and a half in order to investigate exactly what was so good about it that critics were able to overlook its multitude of shortcomings. What I found, pretty quickly, is that Bloodlines is fundamentally broken, and in important ways: dialogue routinely breaks, the AI flips out mid-action, it’s extremely easy to get stuck on terrain, quests don’t start… and then there are the smaller bugs. Modern games that release in this sort of state find themselves consigned to obscurity and eventually abandoned, only ever brought up in conversation as a cautionary tale or the subject of ridicule. Bloodlines, however, managed to navigate all of its issues and gain enough of a following — even 16 years later — to warrant a AAA sequel, whose goals Ty dissected here on Doublejump last June. 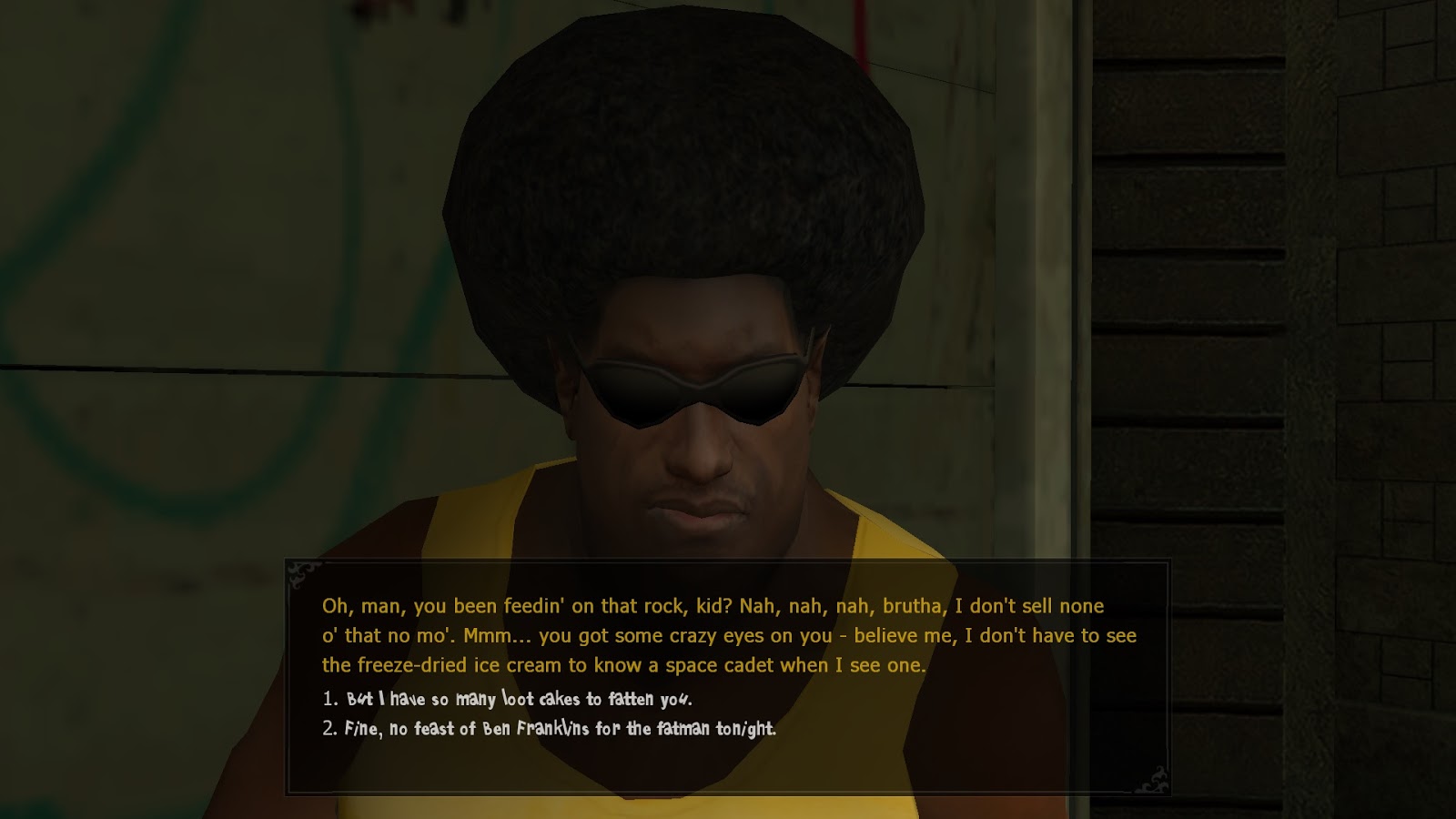 A flawed masterpiece of storytelling

Amidst all of those bugs and glitches, Vampire: the Masquerade — Bloodlines’ received incredible praise (and my own appreciation) for its incredible quality of writing. Led by Brian Mitsoda, Troika’s narrative team masterfully adapted White Wolf Gaming’s World of Darkness stories into a gritty Los Angeles filled with undead bloodsuckers. The story is absolutely engrossing, to the point where it was able to carry the rest of the game to accolades like IGN PC’s Best RPG of 2004 and Computer Gaming World magazine’s Role Playing Game of 2004. My own experience was similar: I found myself viewing the game’s non-playable characters as actual people, rather than text-box dispensers who fed me side-quests and XP, even discussing and debating the merits of certain characters’ philosophies with the viewers on my stream to the point where I played through the story multiple times just to hear the extra dialogue.

As great as the critical feedback was back in 2004, it’s more interesting to note that people are still talking about Vampire: the Masquerade — Bloodlines today, because the stories it told and the experience it delivered were both memorable. This is not unusual in the world of single-player RPGs, with 2016’s The Witcher 3: Wild Hunt still shifting copies four years after release and remaining so popular that it’s even been adapted into a TV show. The key to these games’ longevity is that they make a genuine connection with the player through storytelling; it’s that kind of connection that keeps players thinking about the games long after they’ve finished them (in The Witcher 3’s case, I still think about the Bloody Baron questline sometimes).

Troika Games realised this, and realised it very well within Vampire: the Masquerade — Bloodlines. From early in the story, it introduces you to a cast of characters that ooze personality, making players want to forgo gameplay for a few extra moments to continue talking to them and learning about them. Rather than forcing players to interact with the game world, Troika designed Bloodlines’ Los Angeles in such a way that it makes people want to interact with it, creating an authentic experience that doesn’t just draw a player in, but leaves them with an experience that they won’t soon forget. 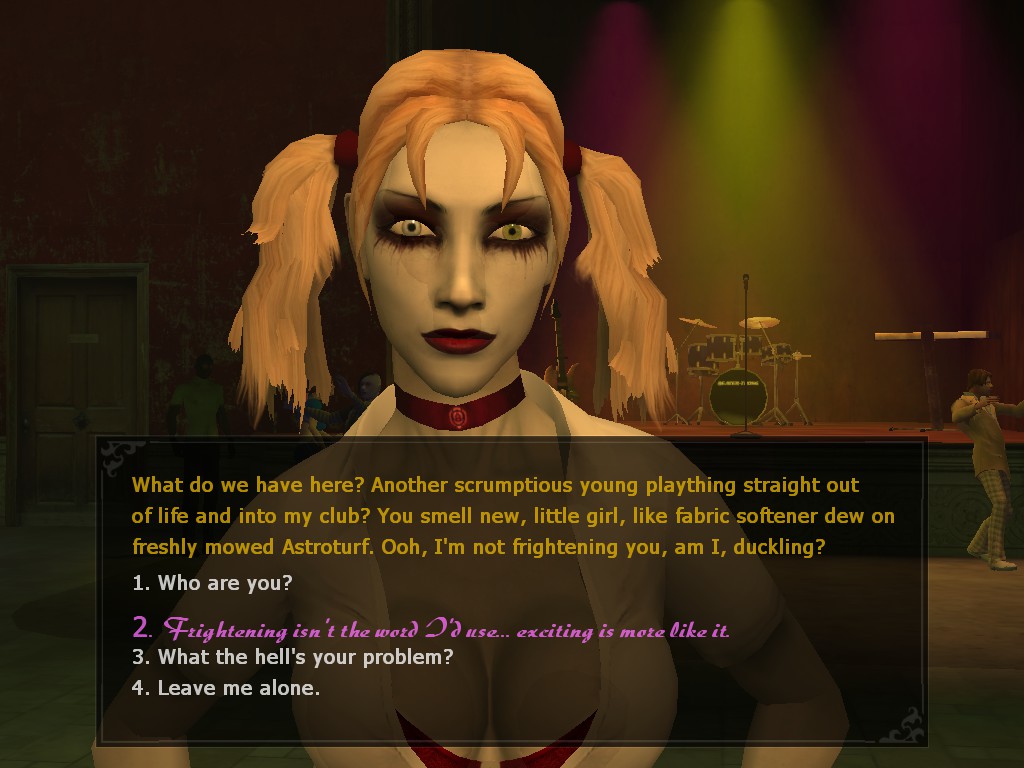 Who writes this stuff?!

As half-baked and bug-ridden as it was, Bloodlines’ outstanding feedback goes to show that top-notch writing and world-building can redeem any game. In an age where single-player games are becoming less and less popular with larger, money-driven entities who see them as an expensive, unprofitable venture (especially compared to cash-generating live service monstrosities), Bloodlines serves as a reminder that a well-written narrative can help a game — or any media — stand the test of time.