“Undead” Studios and the Auteur Theory

Even now that it’s been out for almost a month, I’ve still been seeing a lot of ads for the Mass Effect remaster. I’m going to put two things up front here: firstly, for personal and possibly petty reasons, I refuse to call it a Legendary Edition like BioWare is; and secondly, I’m genuinely not against remasters in general. There are arguments for and against them — you can say they offer an opportunity for new players to get into a classic game (especially on console), but I can say backwards compatibility does the same thing while offering archival value. On PC, this isn’t even an issue. After all, modding makes a remaster effectively redundant.

So, Mass Effect… Love it or hate it, it earned critical acclaim for BioWare and its team, not to mention just being straight up profitable. This isn’t to say it’s a perfect series, though: Mass Effect has plenty of problems, technical and political — I grew up on the Mass Effect Trilogy, and that ending still frustrates me — but the thing that sticks with me, regardless of the problems, is the distinct atmosphere and character of each game. You can see a studio improving with each iteration. Everything from lighting to mechanics felt a little unique to each game. Blending those all together to give a dying studio an easy win doesn’t feel particularly “Legendary” to me, but it feels familiar.

In Mass Effect, there are zombie analogues called “husks”: humans emptied of agency and thought, reduced to biological robots. Over the last decade, BioWare hemorrhaged its lead talent and started chasing trends instead of setting them. That decade’s games, the open world MMORPG-esque Dragon Age Inquisition and Mass Effect: Andromeda, were chilling portents of the utter failure of an actual open world MMORPG that came in the form of Anthem. I feel like it’s safe to say that, at this point, the BioWare that made the critically acclaimed games it did before is gone, but something remains in its place — a strange husk of a studio. It’s not alone, either. 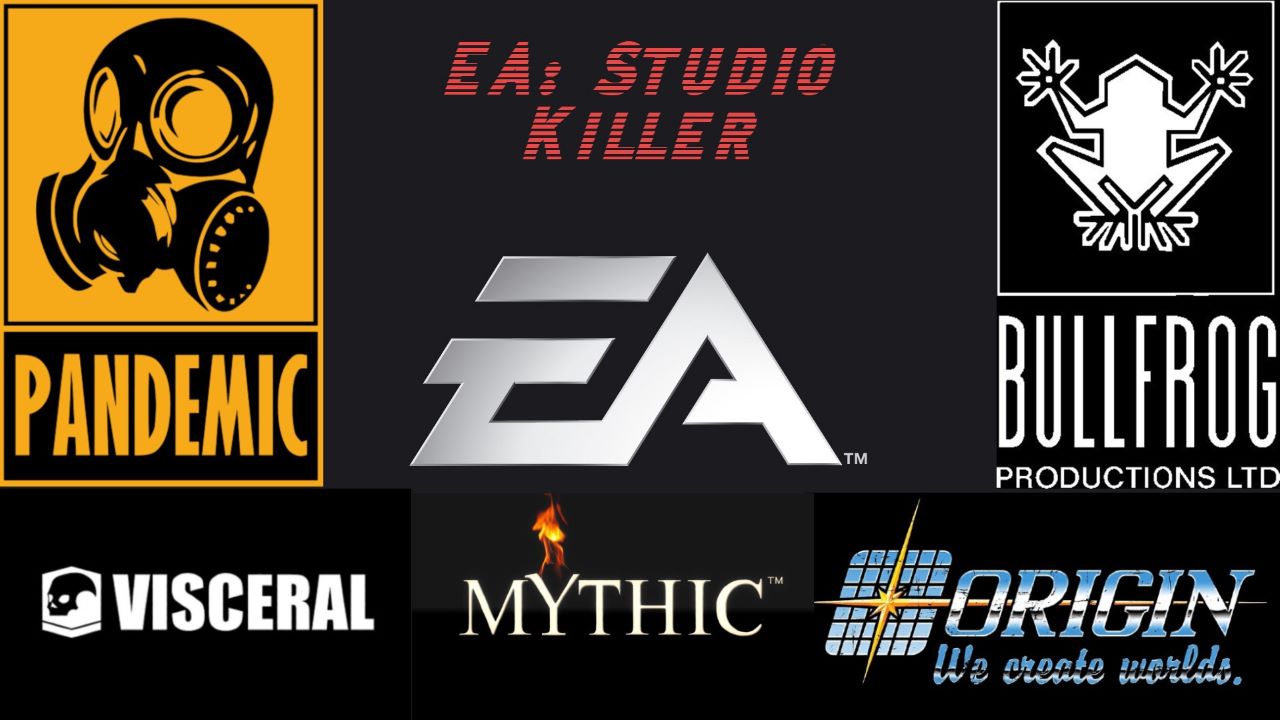 The studios that EA has “killed” (Image: Roseline Herbert).

Before I go on, I need to take an aside: people and companies change. That’s normal, it happens. I’m not mad at companies taking new directions or trying new things… Unless those things are demonstrably bad, and they keep doing them. This is equally true for companies that don’t change. I maintain that Ubisoft, aside from protecting predators, has been making the same game for almost 10 years now, with its various Assasin’s Creed games and new Tom Clancy titles blending together into a bland, open world haze. Although they’re not as universally maligned as Anthem, these games are part of the same trend — the MCU to Anthem’s Dark Universe, if you will.

EA is truly the apotheosis of this trend though, and it’s no secret: the list of studios the publishing juggernaut has acquired, pressured out of their comfort zones and then destroyed currently stands at 14. That’s because the company has a documented reputation for forcing its subsidiaries into chasing trends, or using unsuitable tools. It may seem like old news, but it keeps on happening and EA has shown no outward signs of bucking this trend, remaining focused on its Dr. Evil-esque “billion dollars a year” goal, demanding high Metacritic scores with minimal input and chronic mismanagement. It’s a similar story to CD Projekt RED’s failings with Cyberpunk 2077… and most of BioWare’s recent work.

Because of this, we’re left looking at these “undead” studios — AAA husks, lumbering forward through bland open worlds and vapid remasters while the innovation is left to smaller teams that are strangled for resources and forced to compete against more and more FIFA games. On the consumer end, the groups with the largest market share and the greatest ability to advertise their presence are giving us less and less at higher prices, either explicitly through their retail cost, covertly through hidden post-purchase costs (microtransactions, DLC, etc.); it’s safe to say that we’ve all felt the undead studios’ bite in some form. 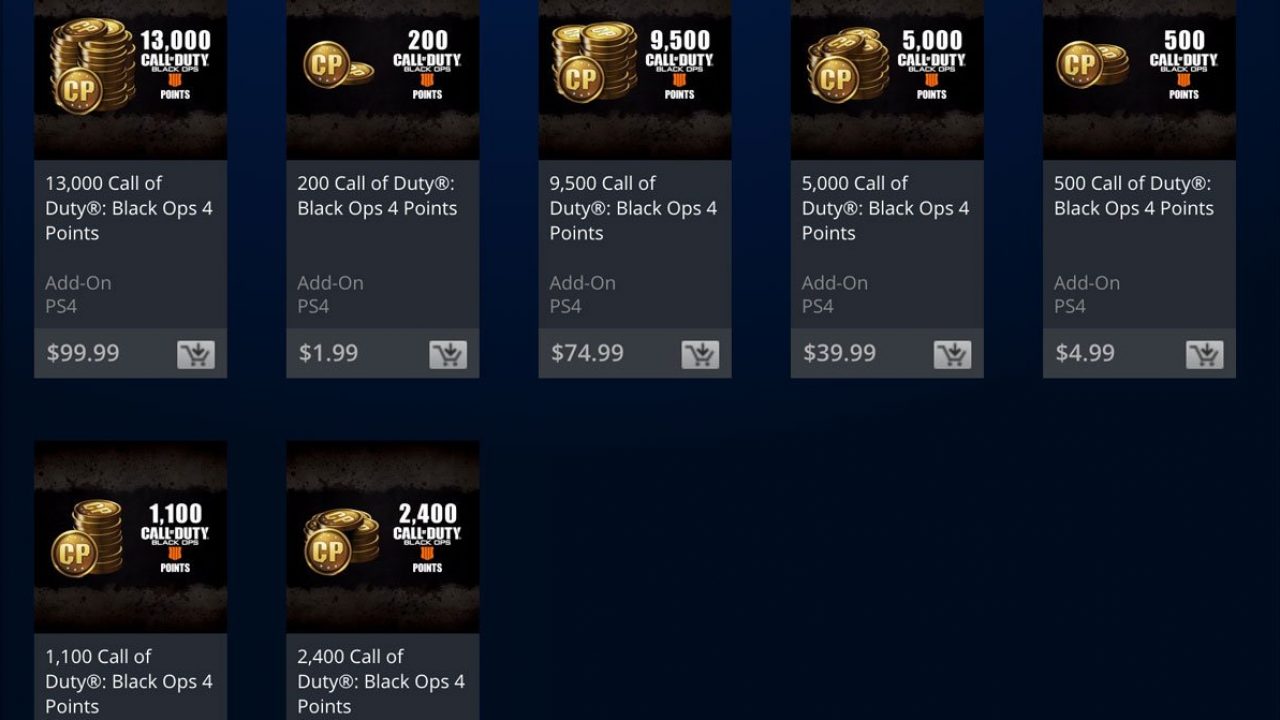 Now that I’ve expressed my irritation, let’s link it to some theory. Auteur theory, at its core, argues that the director of a piece of art has a distinct style, visible across different art produced by that artist. This is a complex topic, muddled by egomaniacs and commercialism, so for a quick intro to the topic, Lindsay Ellis has a video on this. What’s important here, though, is that auteur theory was important in distinguishing film as not just a corporate product, but an artform produced by artists. This tension between product and art is felt every time a lead creative leaves a AAA developer to do their own thing. It’s felt every time a developer gets bought by the infamous “Unicronic Arts” (that’s EA for the uninitiated).

Let’s also define these husk studios more clearly. First, a studio needs to have lost its lead creatives, with no effective replacement. Second, its games must take on a repetitive nature. Third, the studio must begin developing in genres beyond their capacity (such as BioWare making Anthem). Fourth, the studio must continue. After all, a studio can’t be undead if it’s dead. Visceral Games is a good example of this: although it was certainly dead in the lead-up to its dissolution at EA’s hands, the push from horror (Dead Space) to modern shooter (Battlefield Hardline) was what pushed it over the line. For a studio to truly become a “husk”, it has to keep going even after its actual death.

This is where auteur theory is most useful to us. Examining video games through this lens not only helps us as an audience to recognise the faces and talent behind many of these companies’ successes, but it also helps us identify these husk studios. It helps us as consumers to recognise publishers that are more interested in chasing trends and exploiting their audience than releasing an entertaining product. That said, there are some downsides to Auteur Theory. Video games are a typically collaborative effort, and focusing on one director risks erasing the talent of other people. In an industry that lacks significant unionisation, this carries very real consequences. Auteur Theory should not be wholly embraced, but it should certainly be used to bring a more human face to video games, especially in the AAA space.