Tidal Shock is a difficult game to review: its gameplay is fine, its art style is consistent and its monetisation is respectfully limited at present… but in three days of trying, I was only able to play three games. Tidal Shock’s biggest problem, by far, is its lack of players. Now, let’s talk about why I like it:

The arena shooter genre is quite saturated at the moment, so Tidal Shock needed to set itself apart from the very beginning. Moonray Studios did this by abandoning the (relative) safety of a dry-land setting in favour of an underwater one. This decision has the effect of reminding players that there is in fact a third dimension, and that developers can use it pretty creatively when they set their mind to it. The map is varied, with tunnels and dead-ends opening up into terrifyingly wide spaces. Weapons, health and armour are scattered in obvious locations, with some better weapons a little harder to find. Energy — the resource the game revolves around — isn’t an enormous challenge to find, either, but keeping it is a little more difficult. 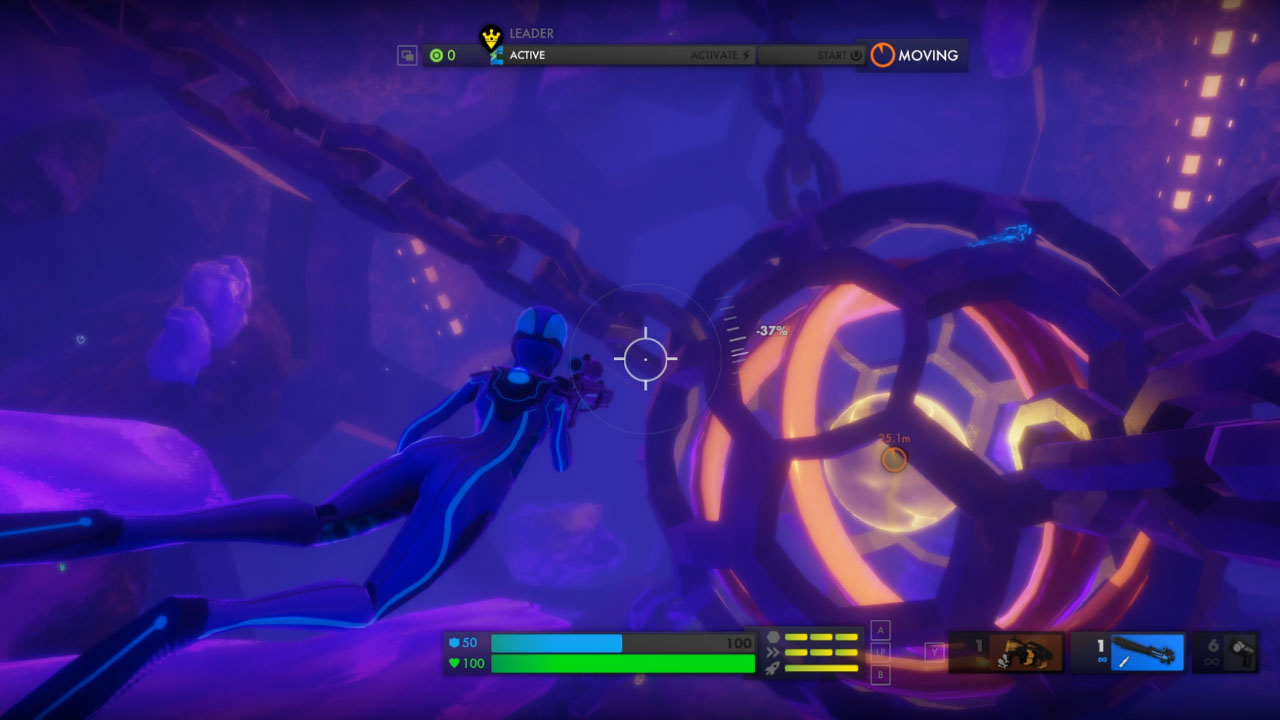 Tidal Shock is a fun, intriguing twist on the “conventional” team-based arena shooter, wherein the objective isn’t to kill other players — at least, not directly. Instead, you’re tasked with collecting energy that’s scattered around the map and putting it into your generator; the first team to fill their generator and detonate their reactor wins. It’s more of a… psychotic petrol station than it is Subnautica with guns, but the original comparison stands as well. As you’d expect from a battle royale game, the guns in question are varied enough to cater to all manner of different playstyles, ranging from shotguns for those fast-and-furious types to sniper rifles for those who prefer to play it safe.

The learning curve from land to sea isn’t insurmountable. Yes, there are some new directions, a new way of moving, but the controls are fairly standard outside of that. That brings me to a bit of a personal gripe, though: I like to see a player-versus-environment (PvE) practice or tutorial map in multiplayer games, giving newer players a chance to learn and test out the game’s controls — and even the map’s layout — without more experienced players swooping in and making that difficult. It also allows for offline play, something to do while you’re waiting for your next match, which is especially handy when your average wait time is roughly the length of Die Hard. Moonray Studios opted against including any sort of practice mode in Tidal Shock, leaving players to learn the ropes in a live game, potentially finding their hours-long layovers punctuated by a quick death. 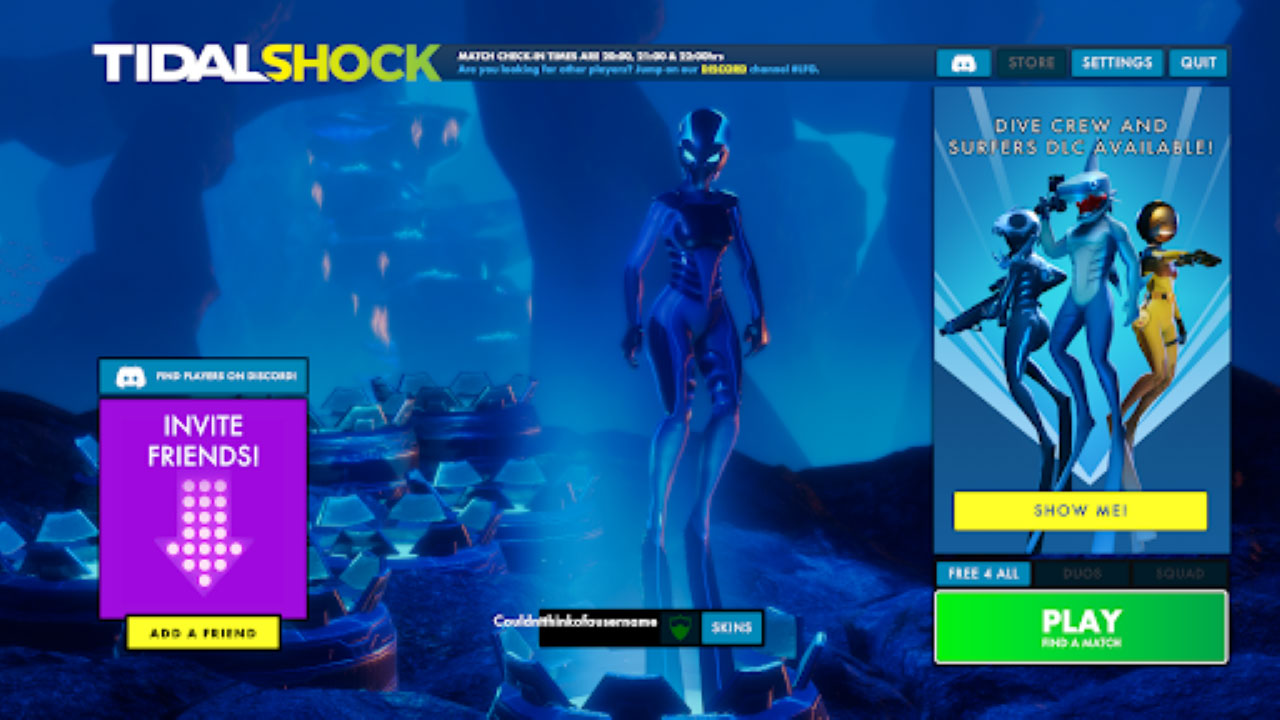 Keen-eyed readers may have noticed that I said “map”, not “maps.” That’s not a typo — at the time of writing, Tidal Shock only offers one map to play on. It’s a fun map, for sure, catering a variety of different strategies and play styles through its range of different environments, but having only one map in an arena shooter like this doesn’t leave the strongest impression; it can contribute to players burning out more quickly, and combined with the long wait time it was enough to leave me pretty unhappy. Of course, the game is in early access, so that may change in time for the full release, but it’s definitely worth mentioning.

This brings me onto the final, and most contentious point: monetisation. There’s a rich and violent debate out there over the merits and failures of in game monetisation, and I’m not turning this review to either end. All I’m going to do is inform potential buyers that there is a degree of monetisation in Tidal Shock. The Store button is inaccessible at this stage, but it is there, and Moonray Studios is selling two cosmetic DLC packs outside of the game’s own store, so all signs point to the full release including some more in-game transactions to squeeze a little more money out of its audience.

Issues aside, it bears remembering that Tidal Shock is in early access. With no review date announced as of this writing, it appears that Moonray Studios has a bit more on its roadmap before it’s happy to release it in full, but what we’ve seen so far is a solid multiplayer arena shooter that brings a twist into the crowded market.

Tidal Shock is a creative and, more importantly, fun game at a relatively low price point. The biggest problem at the moment is its small number of players, but given that it’s cheap, fun and still in Early Access, that seems like a small obstacle to overcome.