Three Underappreciated Game Mechanics That Should Have Been Trendsetters

Where is the love?

In the fast-paced world of gaming, trends come and go pretty quickly. That’s a trend in and of itself, one that we’ve seen recently in the slew of modern action games featuring shoehorned-in progression systems and the dreaded two-weapon limit that rose to prominence after Halo: Combat Evolved. For every trend that takes hold for a couple of years, though, there’s a few more that get left behind, featuring in one game or one series and never finding themselves adapted into other games. Here are three of the latter: mechanics that were underappreciated either by developers or fans and simply never got to become the trendsetters they could (or perhaps should) have been.

Disclaimer: There are some spoilers ahead – particularly for Dragon’s Dogma – but I’ve tried to keep them as vague as possible. 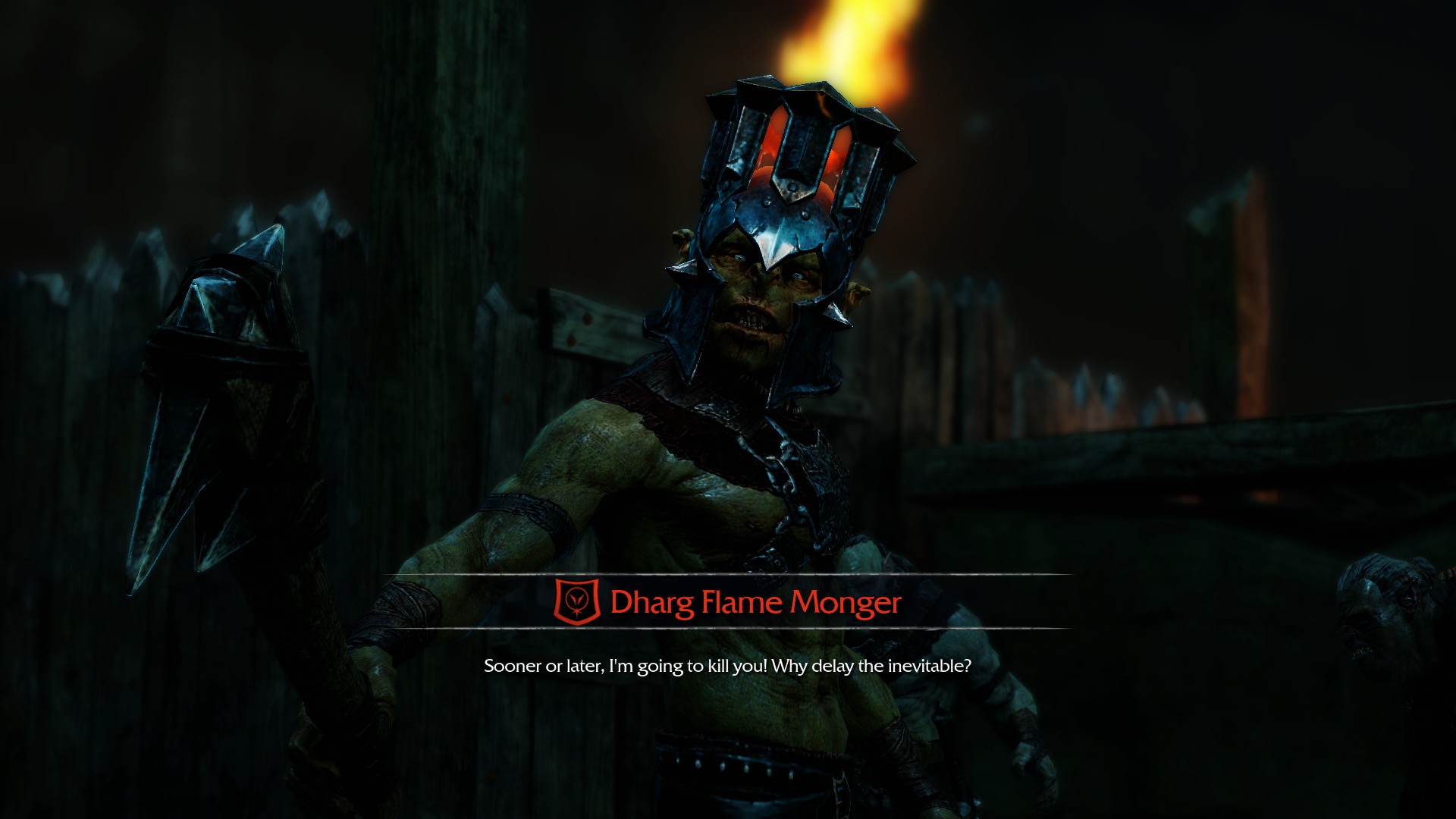 Releasing to a rather lukewarm reception and then accumulating very favourable reviews, Monolith Soft’s Middle-earth: Shadow of Mordor was a huge surprise to say the very least. The Nintendo-owned Japanese studio followed it up three years later with Middle-earth: Shadow of War, which ended up being a relatively successful sequel despite some initial controversy surrounding its pre-order content and loot boxes.

The series’ success is due in large part to the Nemesis system – the real backbone of the experience and the thing that’s become most synonymous with the series as a whole. It’s a simple premise: randomly generated enemies with unique names and stats who act as bosses and mini-bosses of sorts and create ongoing rivalries with the player. In and of itself, that sounds pretty cool, but Monolith Soft took the idea and ran with it.

The orcs the Nemesis system presents have their own hierarchy that changes and shifts independently of the player’s actions when orcs battle against one another in order to try and climb the ranks. Of course, the player can still influence how these in-fights play out; players can manipulate the system in various ways, most interestingly after unlocking the Brand ability, which allows you to control enemies’ minds and infiltrate their ranks (another system that saw major improvements in Shadow of War).

Although you’d think that Monolith had already hit a home run with the Nemesis system, the studio went all-out on ensuring that it was presented perfectly. Every named character that you’ll meet through the Nemesis system has a fully-voiced introductory cutscene for each appearance, and they’re incredibly detailed; burn the ever-living hell out of Olgoth the Destroyer in your first encounter, and he’ll come back the next time looking like an Orc Harvey Dent, and he hasn’t forgotten that you’re the reason half his face has melted off.

Given how well-received this kind of feature was when we first saw it, it’s amazing that we haven’t seen more developers jump on an idea like this. It encourages emergent storytelling and so it’s ripe for developers who need some extra elements to their stories; it would be right at home in most sports games – especially the WWE 2K franchise – for instance, and Middle-earth itself is proof that it’s a fantastic addition to an open-world RPG.

With that being said, we did see an attempt to emulate the Nemesis system in Assassin’s Creed Odyssey last year, but it was rather scaled-down in comparison to Middle-earth’s, and I can’t see why more developers aren’t interested in attempting what made Middle-earth so special. 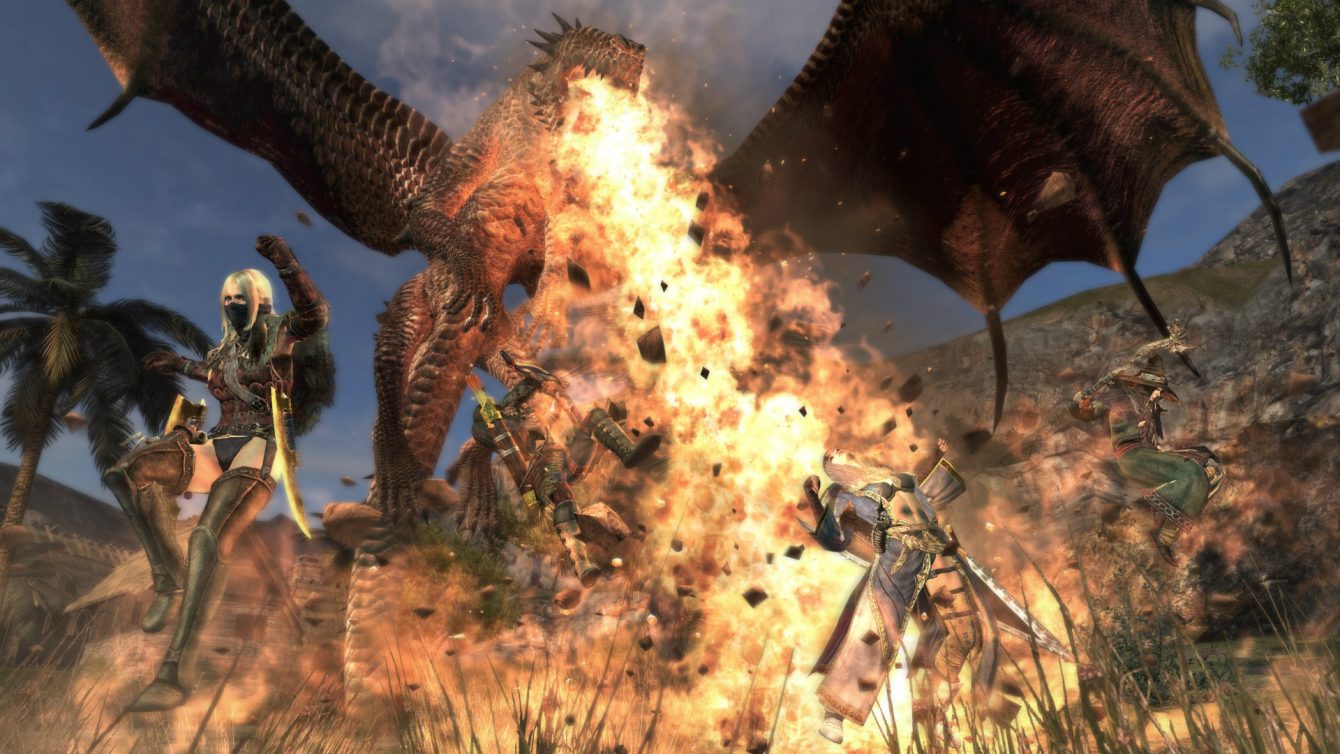 Dragon’s Dogma is a strange game. Although it’s brimming with interesting ideas, Capcom’s take on the Western RPG is also deeply flawed, chief among those flaws being a confusing, weird story, confusing quest progression (especially when you’re trying to advance the plot), and a gear system that has so many kinks and quirks that it becomes more complicated and convoluted than it needs to be. In spite of itself, though, Dragon’s Dogma managed to become a cult classic, and its romance system was a great analogy for the whole game; a great idea that wasn’t executed perfectly.

As the game progresses, you can raise your “affinity” with certain characters you meet throughout the world by completing their quests or giving them items (and, of course, lower it by doing things they won’t like). Raising your affinity with minor characters unlocks new quests, while doing so with various merchants increases the quality of the items they’re willing to sell you, but the system’s biggest impact comes towards the end of the game: the game’s antagonist abducts the character with whom you have the highest affinity – your “Beloved” – and presents you with a choice that will change your entire perspective on the narrative.

What makes the system so interesting, though, is the fact that it’s never really clear who’s going to be your Beloved the first time around – and for some players, perhaps even the next couple – because there’s no in-game menu tracking your affinity or anything like that; your only gauge is how characters interact with you, and audiovisual cues for certain actions and levels of affinity (like a chime and a noticeable halo around character with whom you share the most affinity).

It’s reasonable to assume that Capcom’s intention was to have players build attachments naturally – by helping out the characters they like and doing the quests they want to do – before surprising them with the ultimatum that they face in the final battle. It’s a great idea on paper, but as noted, Dragon’s Dogma is brimming with interesting ideas but it’s also full of flaws. Most players likely wound up confused as to why certain characters were literally falling in love with them, or why a certain character became their Beloved despite their efforts with someone else. That’s the charm of Dragon’s Dogma, I suppose.

Despite the strange implementation, Dragon’s Dogma’s romance system is a creative and unique take on a mechanic that’s become a staple in both Japanese and Western RPGs. Trying to get players to build relationships with other characters naturally, rather than resorting to “press X to flirt”, is admirable, and it’s something that’d be cool to see more of going forward. Boasting super-smooth combat, a thought-provoking story and some of the experimentation that we’ve come to know and love from both developer and publisher, PlatinumGames and Square Enix’s NieR: Automata well and truly earned its very positive reception. It’s also one of the few games where you can analyse almost any part of it – either mechanically, narratively, or gameplay-wise – and have something to talk about in depth.

That’s why it’s such a surprise that I don’t see too many people talking about Plug-in Chips. Given that you play as a series of androids, each with their own different playstyles and interesting quirks, the fact that you can customise each android’s technological composition is a cool moment of narrative and mechanical cohesion. This ability, manifested in Chips and chip slots, takes the place of the more “traditional” RPG levelling system, allowing you to tweak each character by installing chips that change the in-game HUD, boost your offensive and defensive capabilities, allow you to use items and attacks automatically, and even hack enemies.

The system is interesting on its own, but it can become really interesting when you start to get a little more daring and experimental, removing chips like your minimap or health bar in order to get even more performance out of your characters. The game encourages that kind of experimentation by allowing you to remove and replace Chips at any stage; you don’t need to worry if an idea you had didn’t pan out, if you make a mistake or if you install a Chip minutes before finding a better one – just alter your build again.

It’s hard to tell what came first: the idea to make NieR: Automata’s levelling system as free-form as its combat, or the idea to allow players to level their characters thematically. Knowing director Yoko Taro, it could’ve gone either way. One thing’s for sure though, I’d love to see a similar system in a game like CD Projekt Red’s upcoming Cyberpunk 2077, or even the next Deus Ex entry – especially after Eidos did dabble in something similar with Mankind Divided’s overclocking mechanic.

Unlike the previous two mechanics, the Plug-in Chip system is easily the simplest to explain (albeit a tad over-simplified) and implement, which is why I’m surprised that it hasn’t earned a whole hell of a lot more recognition for the almost-infinite replayability that it provides. It could be because the existential crises we watch the cast suffer through are even more intriguing, but that would be a damn shame. Each one appears to have been passed over for various reasons – one takes a lot of work; the second wasn’t executed perfectly; and the third, despite being a perfectly-implemented, extremely forgiving form of experimentation and replayability, still wasn’t the most interesting aspect of the game it appeared in – but these three mechanics are absolutely worth a second look. It’s always fun to see developers think outside the box and tackle their ideas in new and interesting ways because, as they say, variety is the spice of life… I just wish that developers would cook with a bit more spice.