The Untapped Potential of a Metroid Movie

It’s time to recognise Metroid as the potential blockbuster powerhouse that it should be.

By once again expressing her interest in donning famed bounty hunter Samus Aran’s iconic Power Suit, Brie Larson has kickstarted another round of discussions about the possibility of a Metroid movie. While reactions to the idea after Larson’s 2018 stunt were less than positive, with many pointing out how Metroid’s isolated environments and Samus’ silent nature wouldn’t be conducive to a particularly engaging film, many others were still able to see the potential. With a joint deal between Nintendo and Illumination bringing a Super Mario film in 2022 (and Detective Pikachu last year), Metroid might not be the most likely candidate for a big screen adaptation, but it’s arguably one of the most promising in Nintendo’s repertoire.

With that being said, I do think some of these more reserved perspectives hold some weight. A large part of Metroid’s identity is the idea of isolation and Samus’ mute but brutal characterisation, and 2010’s Metroid: Other M made it clear why fans of the series might be hesitant to see Samus thrust into a largely vocal role. Despite its less-than-stellar commercial success, the Metroid series has a storied history when it comes to pushing the games industry forward. Not only did it feature one of the first “shock-reveal” female leads of the NES era, but titles like Metroid and Super Metroid are often cited as influential enough to have an entire genre of games named after them. Furthermore, Super Metroid’s focus on environmental storytelling was in many ways regarded as a pioneering force in the industry, a standard upheld in 2001’s Metroid Prime with its scan visor acting as Samus’ insight to the world.

It’s clear that Metroid possesses a long lineage of unconventional storytelling. This is an important distinction to make — while a one-to-one adaptation of Samus crawling through caves all power suit clad could lead to a lacklustre experience, I’m not confident that fitting Metroid to a conventional, studio-safe, storytelling template would work either. I think this discussion is a tad strange though, since the unofficial official Metroid movie was already released back in 1979 under the pseudonym Alien. Obviously I’m kidding, but with Metroid series’ producer Yoshio Sakamoto openly admitting to the immense influences Ridley Scott’s 1979 sci-fi horror film has had on shaping Metroid as a whole, it’s beyond worth looking at how the two compare. 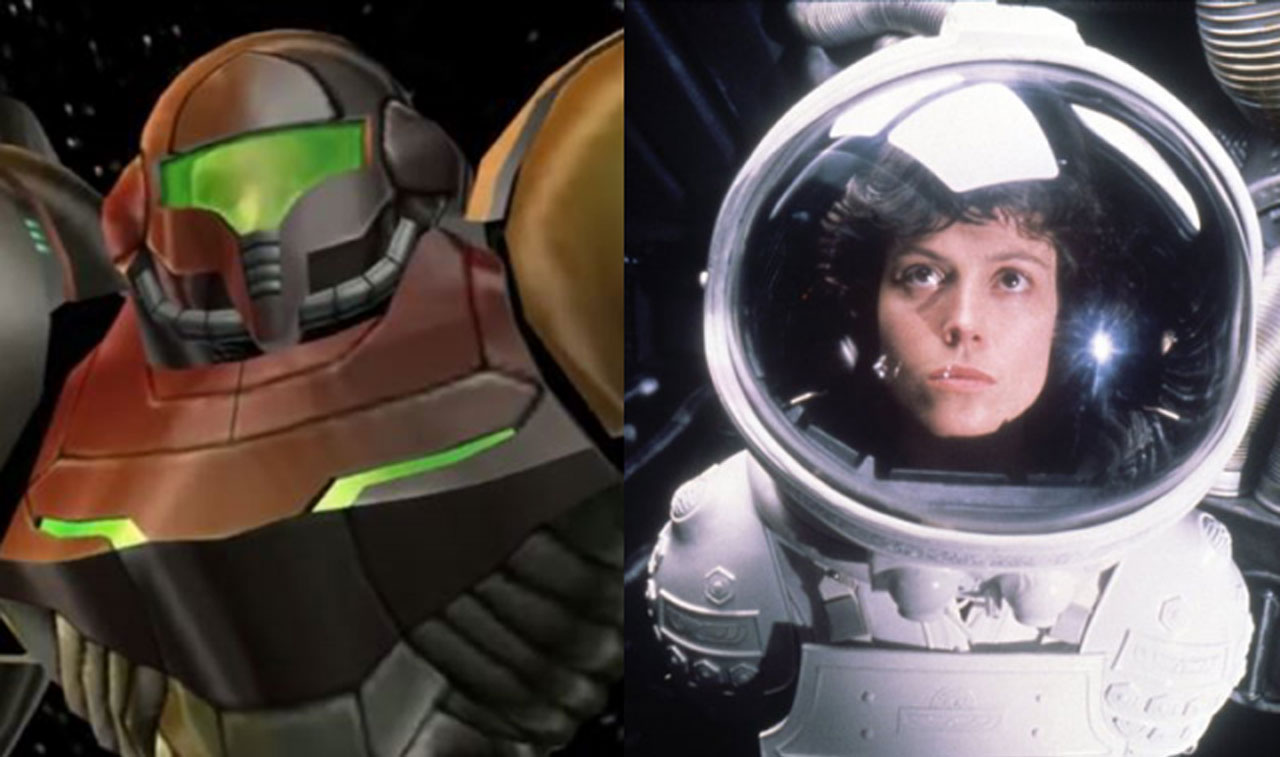 With both pieces becoming influential due to their unconventional choice (at the time) to feature a female lead, many of their central ideas stem from their focus on femininity. Alien’s subversive take on body horror is not too ideologically dissimilar to the motherhood Samus shares with the Metroid hatchling in Metroid II: Return of Samus/Metroid: Samus Returns. All this is to say that not only do these two properties find a common ground in featuring a strong female lead, but the ideas and structure Alien presents are extremely significant in envisioning what the seemingly unconventional Metroid movie may turn out like. In many ways, a hypothetical Metroid movie could very well eventuate into a modern Alien, with the games carrying the identity to support such a comparison.

Pedalling back towards the Metroid series itself for a second, it’s important to look at what contributions the franchise itself has made to the games industry as a whole. While many entries in the series have been met with critical acclaim, none have seemed to rival the adoring attention of 1994’s Super Metroid. Looking at Super Metroid’s strengths may prove to highlight what areas a Metroid movie would be best suited to hone in on. 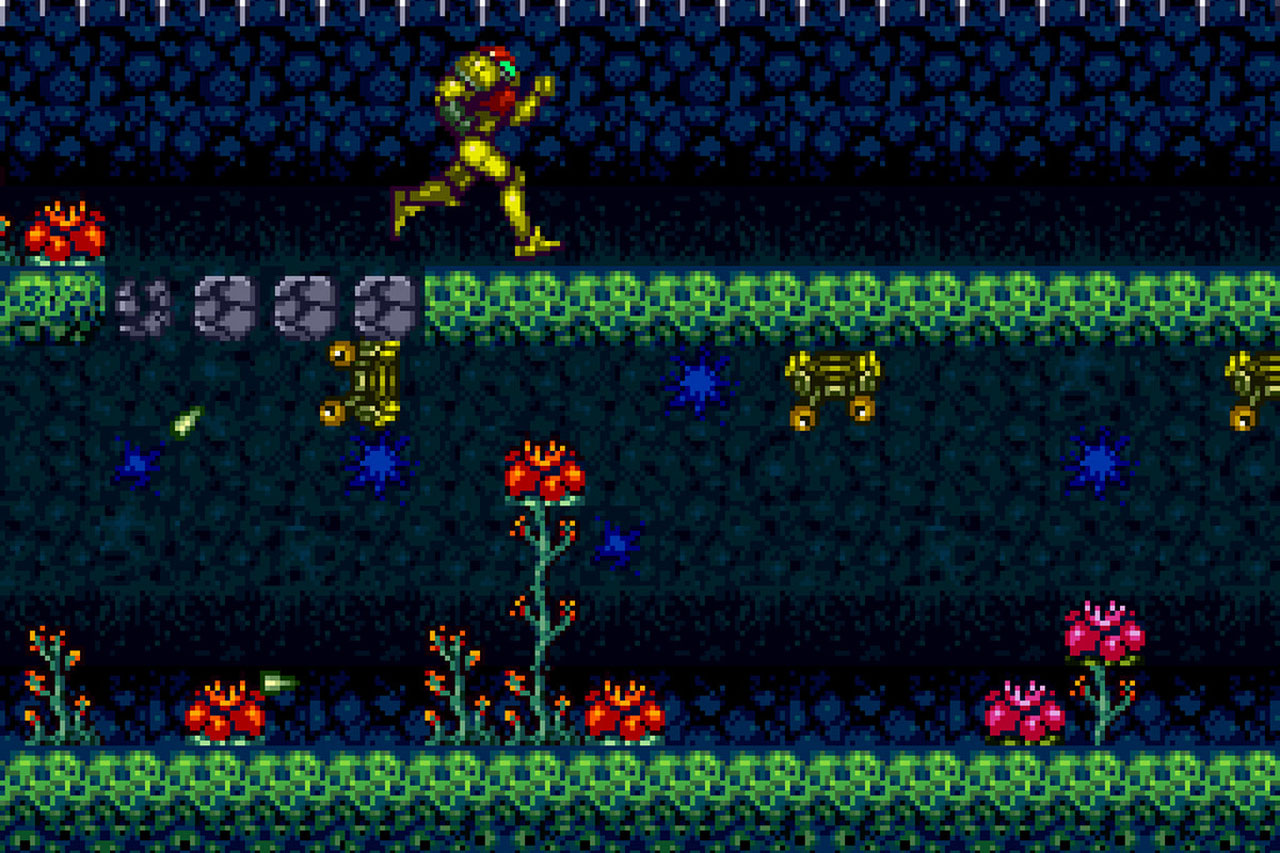 Super Metroid’s strongest aspect is arguably its heavy focus on exploration. The game’s presentation thoroughly sells the fantasy of delving deeper into an alien world in a desperate attempt to figure out what exactly is going on, and the non-linear, open ended gameplay reinforces this idea of player agency. Clearly this notion of agency would find itself difficult to translate into the medium of film due to an obvious lack of interactivity, but it would be crucial to maintain the spirit of Metroid’s explorative identity: the viewer may not be able to choose where Samus goes, but rewarding them for making the right decision, thus creating the illusion they have influence on the events in the film, would be essential.

In this regard, set design is tantamount. Metroid’s environments are key to its exploration, so their adaptation onto the screen should accurately reflect this legacy. I’m not saying Samus should be finding herself at dead ends and forced to return like in the games themselves, but the places Samus finds herself in should carry an inherent sense of purpose and realism. Once again, I feel like an approach similar to Alien would work well: the Nostromo’s claustrophobic nature serves to heighten the tension between Ripley and the Xenomorph, and a similar environment could both reflect Metroid’s focus on non-linearity and work to accurately sell the tangibility and spatial awareness of the film’s locales. While Metroid’s exploration and atmosphere may go hand in hand when in a game, that marriage becomes a lot more complex in film. While 2D titles like Super Metroid convey their atmosphere through graphic and sound design, and 3D titles like Metroid Prime hone in the environment through their immersive “first person visor”-type HUD, the potential dynamism that comes through the use of cinematic camera direction adds a level of concern that’s not forwardly present in Metroid’s thus far interactive titles.

As much as I think a Metroid movie should be about selling the tangibility and spatial awareness of its locales, I wouldn’t want that to overwhelm what should be the focal point: Samus herself. The film’s atmosphere should be overwhelming, oppressive, and isolating, but the film itself should be about how Samus feels overwhelmed, oppressed, and isolated. That’s where conflict could arise. The camera should hang high and wide to let us know Samus is alone. Similarly, the camera should be crammed in tight and personal to let us know how Samus feels, but there should never be a conflict between the character and the atmosphere; a conflict between the two things the film should be about.

While it’s just a tad under one minute long, Ridley’s Super Smash Bros. Ultimate reveal trailer shows a shocking amount of how I’d expect cinematography in an ideal Metroid movie to play out. The camera actively jumps between wide and close shots, creating a sense of tension between Samus’ short-lived party, and the strange pit they find themselves in. Unexpected touches like Samus’ visor also serve to convey how she feels once she realises who her assailant is.

Samus’ visor turns translucent as she emotionally composes herself, before turning opaque as she puts on her usual tough facade and faces Ridley.

Unlike in Metroid: Other M, we don’t have to see Samus breaking down to know the trauma she’s facing. Even though she’s a silent character, she expresses her emotions clearly through her actions alone. Hell, even though this is a trailer about Ridley and not a movie, Nintendo employed an impressive amount of cinematic detail to allow the audience to connect to how Samus feels. 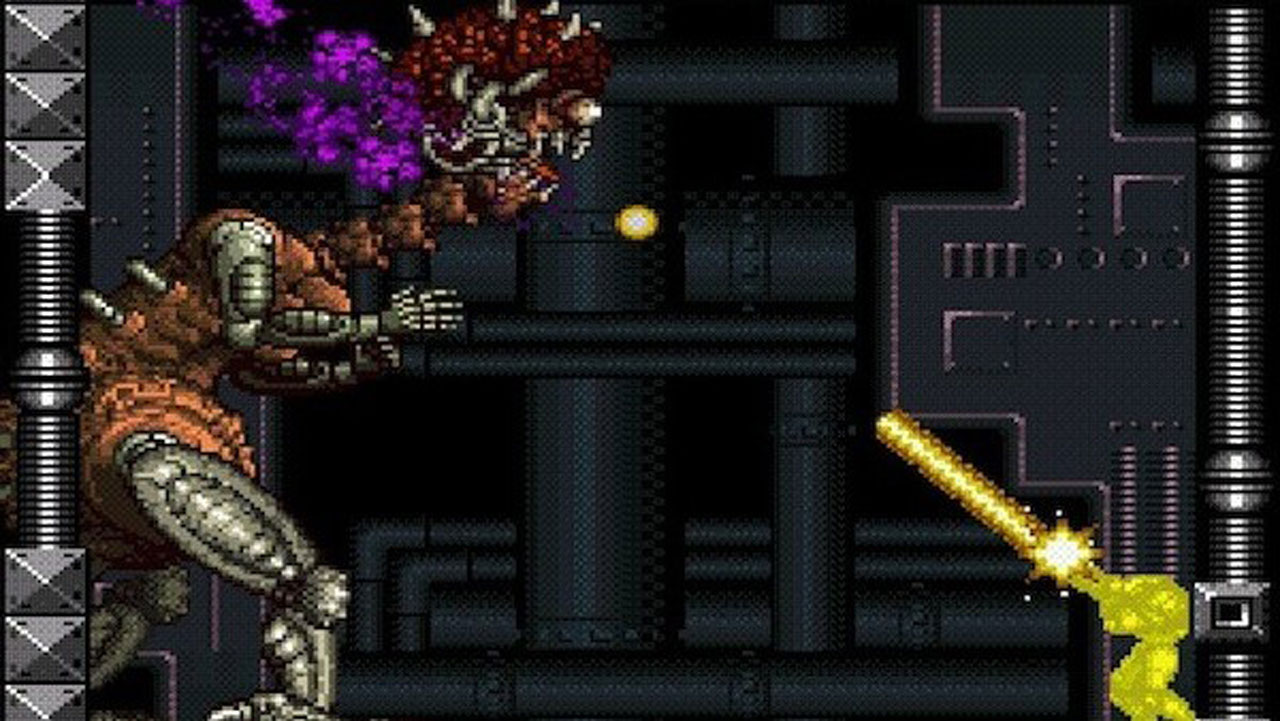 Metroid isn’t primarily a horror franchise — even though Metroid Fusion got kind of close — but to deny that some of Super Metroid’s sprite work, particularly its bosses, is disturbing is absurd (that, or you’re just really brave). Bosses like Kraid, Phantoon and Mother Brain are disturbing and gross, but they’re also atmospheric. Seriously, the level of detail in some of these sprites remains unparalleled over 25 years later.

While Metroid certainly isn’t about horror in itself, leaning into that aspect would prove to be beneficial when adapting it onto the big screen. When done right, horror should be about creating tension between the characters, environments and the audience of a film. Using these in tandem shouldn’t become the primary focus of a Metroid movie, but there’s a lot of room to utilise them to strengthen the audience’s relationship with Samus, and furthering the series’ long running connection to the Alien franchise. One last thing worth discussing is canonicity, or rather a lack thereof. Based last year’s Detective Pikachu and the success that no one expected earlier this year with Sonic The Hedgehog, it’s clear that original takes are what seems to work. I wouldn’t want an adaptation of Super Metroid’s story, mainly because Nintendo told that story perfectly back in 1994, and it’s the same with Metroid Fusion, Metroid Prime, Samus Returns… and any other entry into the series, really. The in-game Metroid universe has tons of potential for a large cinematic universe, but to leverage that too heavily would prove detrimental to the film’s quality by forcing them to make sense in the context of an overarching narrative spanning upwards of ten games. It’s not that the story has to be removed entirely in a new universe, but filmmakers would have a lot more room to work with from a creative standpoint if they were able to free up the space around it.

Metroid’s biggest strength lies in its ability to tell a story without speaking, and while adapting that into a film may seem like a difficult task, I still strongly believe that it has the potential to be rewarding. Samus remains one of Nintendo’s strongest and most independent characters, and that’s the primary distinction that would help a Metroid movie stand apart from other IPs Nintendo could commit to film.