The U.S.’ Potential Loot Box Ban Could be the End of FIFA as We Know It

Paying for packs could become a thing of the past, and that’s very, very exciting.

There hasn’t been a topic discussed more in gaming circles over the past decade than the rise of the loot box, the mechanic that offers a set of randomised rewards in exchange for either real currency or virtual currency earned through gameplay. Outside of the popular gacha genre, there’s arguably no franchise that employs loot boxes more aggressively than EA SPORTS FIFA – specifically, its Ultimate Team mode. EA took a very public stand against the Belgian Government’s ban on loot boxes, which rendered Belgian players unable to purchase FUT packs using the game’s premium currency; of course, the company did take a knee back in January, but the United States could very well become the next country to ban loot boxes, with Senator Josh Hawley’s Protecting Children from Abusive Games Act gaining bipartisan support back in May.

Hawley’s bill is extremely concerning for EA because, despite football being more popular in Europe, the United States is still EA’s largest market; it was estimated that 2.6 million Americans played FIFA 12, and the game has only grown in stature in the seven releases since. EA’s 2017 Annual Report revealed that FIFA 17 accounted for 11% of its total revenue, with Ultimate Team as a whole – it’s also available in the MADDEN NFL and NHL series – accounting for 16%; of course, those are worldwide numbers and not just based in the U.S., any legislation that could impact 11% of a multi-billion dollar company’s total revenue is cause for concern.

FIFA Ultimate Team is designed around encouraging players to buy – or play for – as many packs as possible in the hope of finding rare players, and the odds of finding these rare players are as low as 1%. Although FIFA 19 saw EA hand out more of these packs than ever, limited-time promotions, Squad Building Challenges and the fact that the very best players only earn around 500 coins per match (the top players can easily cost upwards of a million coins), still pushed players to inject some of their hard-earned money into the game to get more packs, more coins and therefore, more players. Outlawing the use of real money to purchase loot boxes would not only damage EA’s bottom line, but it would make FIFA Ultimate Team a whole hell of a lot more difficult for a large portion of its player base.

2,500 FIFA points is equivalent to around AU$25, and EA has confirmed that the odds of pulling a special card are less than 1%… and yet, players pay real money to try for them.

The bigger concern for EA is what the U.S. ruling could mean for FIFA in other countries. It’s quite likely that the Belgian ban influenced Sen. Hawley’s bill, and given that the U.S. is somewhat of a political trendsetter, it’s hard to deny that other governments around the world will be watching this bill with particular interest and that we could see elements of the U.S. bill popping up in Parliaments around the world.

If loot boxes are deemed illegal (as they already are in Belgium), then EA is forced to change its strategy with FIFA Ultimate Team. The company obviously won’t be able to continue supporting an illegal mechanic, and the players are the ones who will really benefit from the change: EA will no longer be able to rely on packs to boost its revenue, so it will need to focus on creating a high-quality experience both in gameplay and in the menus (although that should already be the main focus…).

Loot boxes are absolutely not the only way a publisher can make money through its games, but EA has spent the past few years acting as though they are. As such, the legislation could pose a real problem for the company and the Ultimate Team mode as a whole; EA failed to explore any other options through which it can increase its games’ revenue, instead choosing to shove packs down the player’s throat, and so it doesn’t – at least, it doesn’t appear to – have any other options lined up in case of an event like this. 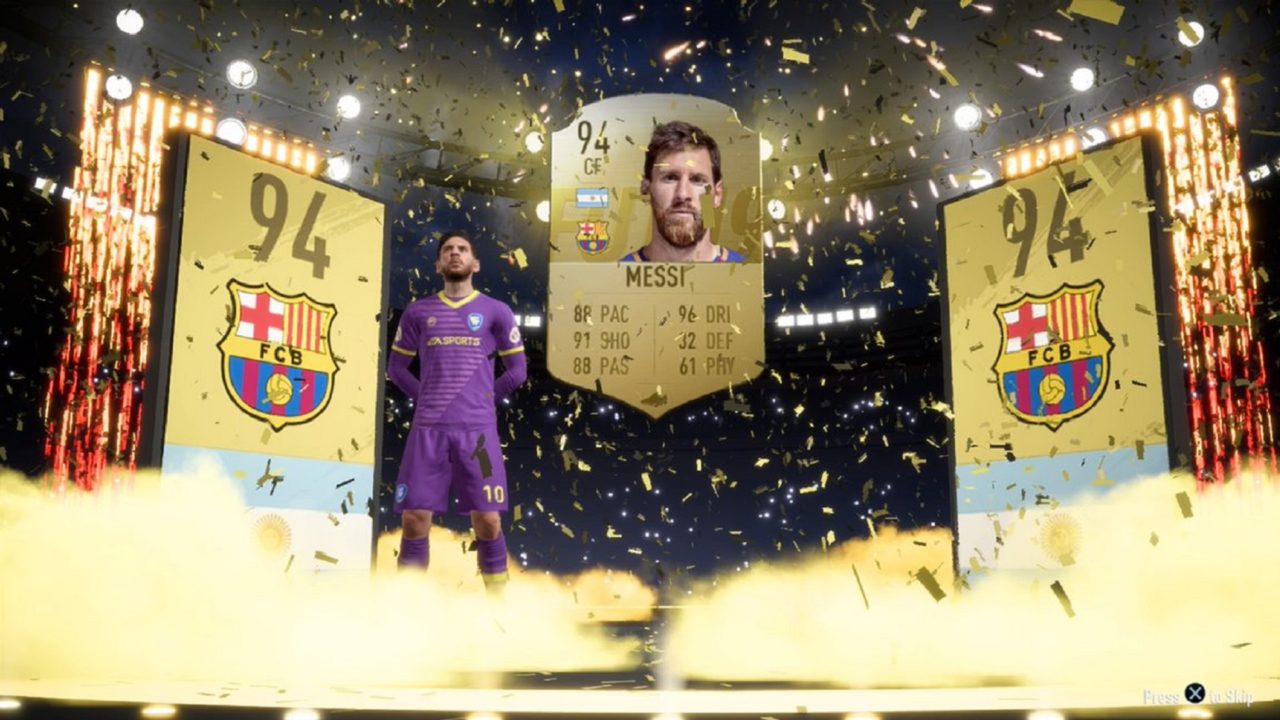 This is what everyone wants to see.

With that being said, I don’t expect EA to be wholly unprepared if the Protecting Children from Abusive Games Act actually passes into law, and it’s reasonable to expect such a massive company to have a plan in place. Of course, packs would still be available within Ultimate Team, but the real-money aspect would be gone (one would assume that FIFA Points could still purchase Draft Tokens, etc., just not the packs themselves). If that means that EA finally looks into other options for fast-tracking progress that don’t involve microtransactions, that’s not just a huge positive for the player, but it’s a chance for the company to start changing its reputation within the industry.

Even if the legislation doesn’t pass, though, it’s still high time that EA starts to change some elements of the FIFA series, and its brand in general. Despite the way it handled the issue, the controversy that surrounded Star Wars Battlefront 2’s particularly aggressive use of loot boxes has left EA’s stock within the gaming community quite low. This is especially true of FIFA, whose player-base is finding ways to avoid purchasing FIFA Points (see the “League SBC methods” in FIFA 18 and 19), getting tired of the gameplay – and therefore abandoning microtransactions – much sooner, and watching its competition improve as it pushes to earn their custom. 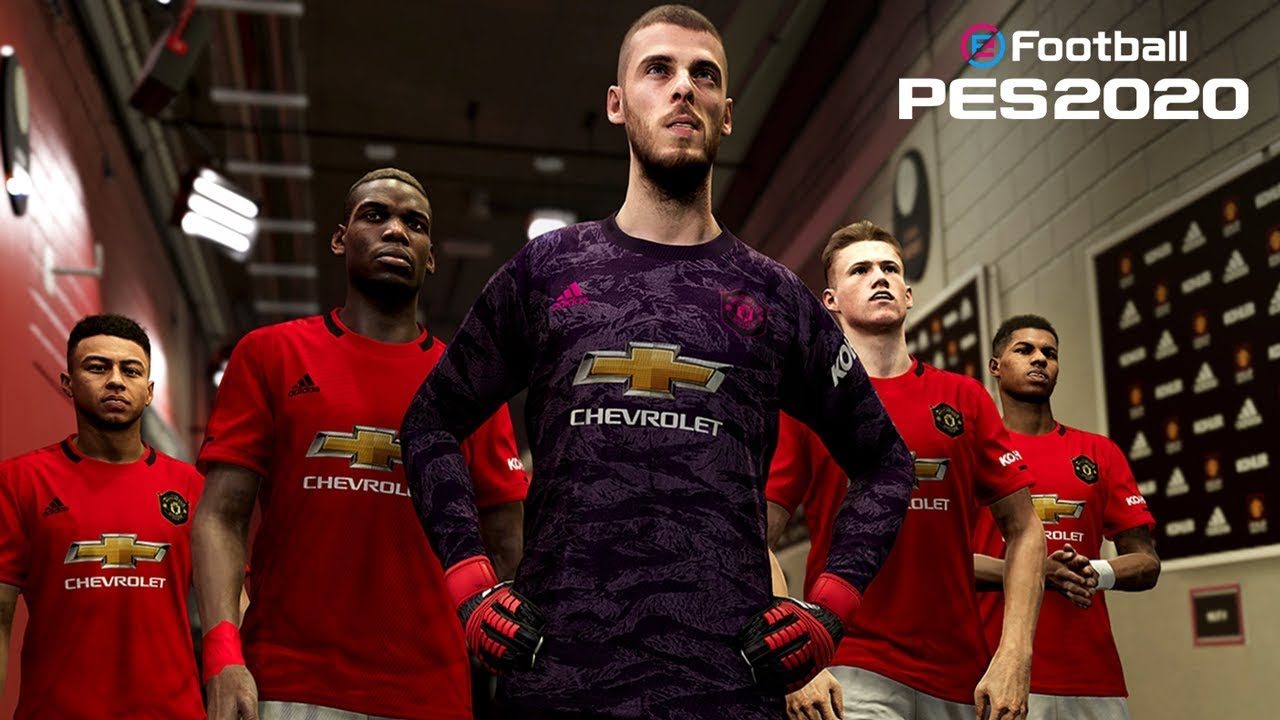 Konami has already signed Manchester United as an official partner, along with Arsenal, FC Barcelona, Juventus and others.

Perhaps crucially though, big football clubs such as Arsenal, FC Barcelona, Juventus and Manchester United have begun to move away from FIFA, signing partnership deals with Konami and PES. Although the players and their likenesses come under different licenses, Barcelona’s revered Nou Camp stadium is exclusively licensed to PES, while Juventus’ name, badge, kits and stadium won’t appear on FIFA 20 at all – the winner of the last eight Scudetti and one of the biggest clubs in Italy will be known as Piemonte Calcio in EA’s next offering. This not only implies Konami’s readiness to spend big money to go after EA’s football sim dominance, but the clubs’ willingness to test the waters.

Simply put, we’ve reached a point where EA needs to make some changes if it wants to keep its FIFA series at the top of the pile. If the Protecting Children from Abusive Games Act does pass, it’ll force the company to present an Ultimate Team that isn’t focused on getting players to spend more money on packs. If it doesn’t, though, it should still serve as a wake-up call: this will not be the last time we’ll see a bill like this pushed through Parliament, and it’s a bill that the player base isn’t taking a stand against because the focus on making more money is becoming a problem. EA is surely aware of this, and so I’m certain that FIFA will change in the future; this legislation could well be the catalyst behind it.