So much to get excited about!

It’s been seven months since Microsoft launched the next-generation hype train by announcing the Xbox Series X, and Sony has finally thrown its counter-punch, revealing the PlayStation 5 in an online event this past Friday morning. The hour-long stream not only gave us a look at the pièce de résistance, but also showed us some of the peripherals that Sony plans to release alongside it, as well as a bevy of games set to release on it over the next year and a half — a healthy mix of AAAs and independent releases, new IPs and long-awaited sequels and, of course, a strong stable of exclusives to serve as the console’s launch pad.

Sony packed the hour with a whole lot of hardware and software; here’s a summary of everything that was announced.

Prior to Friday morning’s event, we didn’t have much of an idea what to expect from the PlayStation 5. We’d seen the dev kit in the wild, prayed that the actual console would look nothing like it, and Sony (sort of) answered those prayers by revealing the DualSense controller ahead of time. That reveal indicated that the console was going to be a pretty major departure from Sony’s designs of the past two decades, and that’s exactly what it is: the black main unit is surrounded by a bold, stylish arctic white casing, with blue accent lights in the gaps making for a very futuristic-looking console — and a stark contrast to its jet-black rival in the Xbox Series X.

Sony is planning to launch two versions of the PlayStation 5: the “standard” PlayStation 5 console that features an Ultra HD Blu-Ray disc drive, and a PlayStation 5 Digital Edition that ships without a disc drive. Omitting the disc drive means that the Digital Edition has a sleeker visual footprint than the standard PlayStation 5 and, although Sony hasn’t revealed the consoles’ recommended retail prices just yet, it’s reasonable to assume that the Digital Edition will leave a slightly smaller imprint on your wallet as well. Interestingly enough, Sony opted to predominantly show the console in a vertical orientation — it’ll still look great on its side, as you can see in the image above, but much of the footage of the actual console (as well as the stock photos) has it standing vertically, which may have some people re-thinking their entire gaming setup.

We also got another look at the DualSense controller, which shares the console’s sleek black-and-white aesthetic and accent lights. We already knew the majority of what Sony had to say about the controller: that it’ll use haptic feedback instead of the old rumble pack and that it’ll have a microphone built in, but this is the first time we’ve seen it alongside the PlayStation 5 itself and we’ve got to say, the whole package looks very, very nice indeed.

Sony rounded out the show with a sizzle reel featuring some quick shots of some of the other peripherals that it’s planning to launch alongside the PlayStation 5: an official Pulse 3D headset (the DualSense’s built-in microphone is good, but Sony has previously warned that longer chat sessions will eat into the controller’s battery life), a media remote, a charging station that will fit two DualSense controllers, and an official HD camera. All of those continue with the PlayStation 5’s design philosophy to create a very unified, very stylish official hardware lineup. The Internet was full of special-edition DualSense concepts after Sony revealed the controller back in April, too, and seeing that the rest of the lineup has the same white outer casing sends the mind racing with customisation ideas for the future! 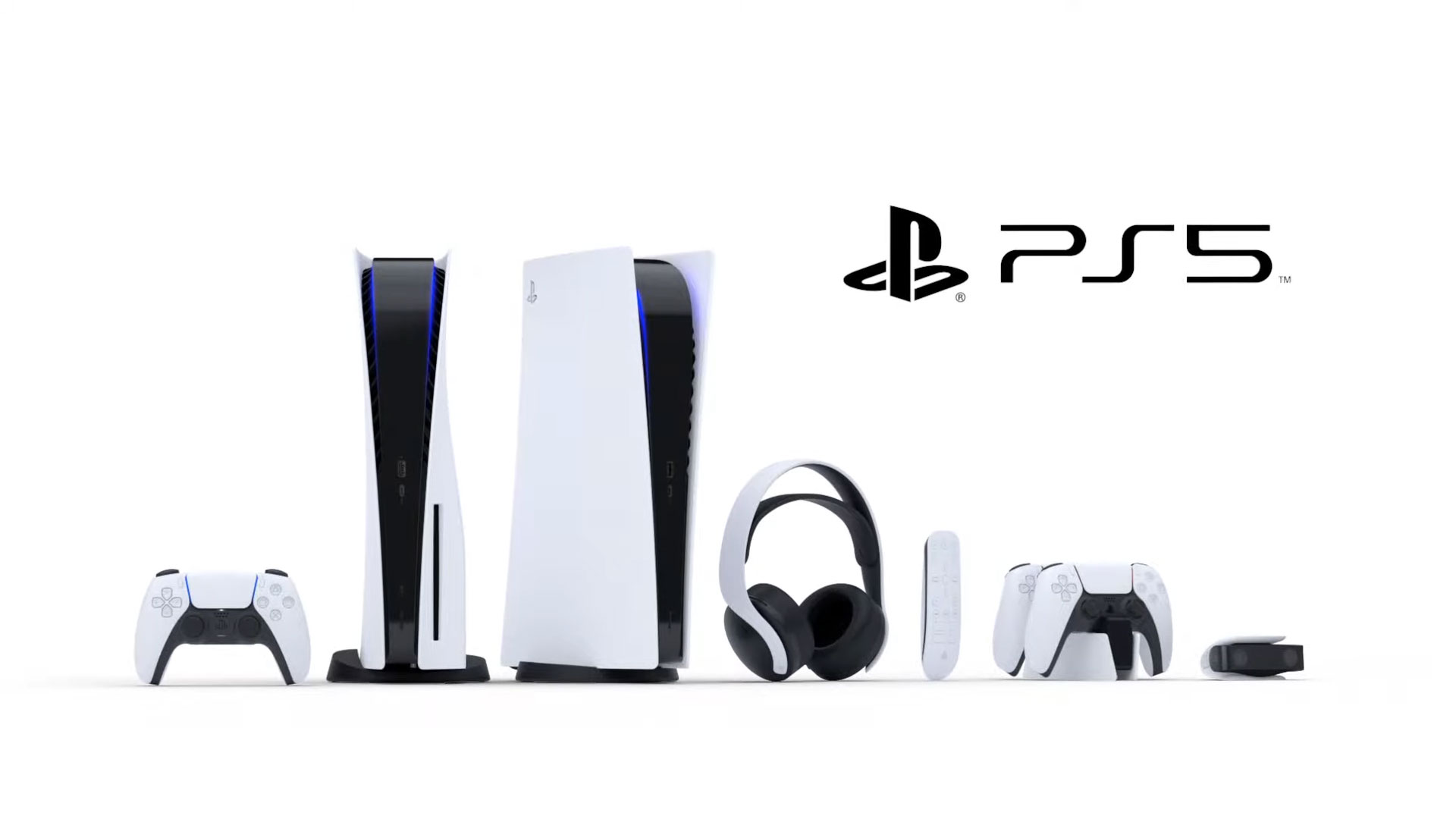 The console itself may have been the event’s showpiece, but you’d be crazy not to show off a few games to go along with it — 25, in the PlayStation 5’s case. The games on show ranged from major AAA properties like Horizon and Resident Evil to indies like Superbrothers’ JETT: The Far Shore and Heart Machine’s Solar Ash, and beloved PlayStation properties like Oddworld and Ratchet & Clank. It genuinely included something for gamers of every persuasion, and with all of the games slated between now and the end of 2021, it paints an exciting picture for the console’s first lap around the Sun. We’ve got all of the titles Sony announced listed below; we’ll talk about 11 of the bigger ones in depth, and send you over to YouTube for the rest.

After labouring away on the Killzone series for more than a decade, Guerrilla Games struck absolute critical and commercial gold when it moved out of the first-person shooter market and released Horizon Zero Dawn back in 2017. Aloy’s next adventure, Horizon Forbidden West, sees her moving… well, West, in the machine-dominated distant-future America, exploring incredible environments as she faces a whole new set of challenges. We don’t have much more information than that, but the three-and-a-half minute trailer below does more than enough talking for the time being.

It’s not a very high bar, but Marvel’s Spider-Man is far and away the best Spider-Man video game ever released, selling more than 13 million copies (as of August 2019) and winning countless awards throughout the industry. Miles Morales is not a whole new title, as many of us initially believed — Sony’s Simon Rutter clarified that it’s “an expansion and an enhancement to the previous game”: that is to say, it’s an expansion that’ll be included in a PlayStation 5 remaster of the original game. No matter what it is, it follows on from the City That Never Sleeps expansion, where Peter Parker mentored Miles in the art of being Spider-Man, and looks absolutely fantastic.

Gran Turismo has been one of the PlayStation line’s flagship titles ever since its original release back in 1997, and Polyphony Digital has delivered some of the best graphics and most authentic driving experiences we’ve seen throughout its 22-year history. Gran Turismo 7 is looking no different, with stunning vehicles and scenery sure to excite anyone with even the slightest bit of a passion for cars and racing.

A direct sequel to 2016’s reimagining of the original Ratchet & Clank, Rift Apart looks like a Pixar movie and sees our favourite Lombax-robot team taking advantage of the PlayStation 5’s hardware to move through time and space itself, exploring different worlds at the press of a button. That Sunset Overdrive-esque traversal sequence that kicks off at the 56-second mark looks like a world of fun!

We didn’t see too much gameplay of Resident Evil Village, with Sony and Capcom preferring to show off the game’s fantastic visuals, but it looks like Resident Evil is going open-world in the new generation!

Demon’s Souls is the game that first put FromSoftware on the map, serving as the progenitor of the most notorious series of video games in recent memory and, some might say, an entire sub-genre of “nightmarishly difficult action-RPGs.” Now, it’s getting the full remake treatment: FromSoftware is not involved, but Bluepoint Games and Sony’s JAPAN Studio are promising an “entirely rebuilt…and masterfully enhanced” version of Demon’s Souls as an early test of the DualSense’s structural integrity.

Combining roguelike and third-person shooter elements, Housemarque’s latest offering is an Edge of Tomorrow-esque story where players “fight to survive a hostile planet that changes with every death.” It also represents a huge leap of faith for the Finnish studio, which is known for its arcade-style shoot-’em-ups, so it’s going to be interesting to see how this one goes.

“The culmination of Luminous Productions’ philosophy to create a completely new and fresh gaming experience that fuses together the latest technologies with art” may very well be the most beautiful of all the titles revealed here. In a follow-up post on the PlayStation Blog, director Takeshi Aramaki promised a “thrilling other-worldly adventure” that’ll be “action-packed, and at times twisted, tempestuous and forbidding.” That’s about all we know so far, but colour us impressed!

Octodad: Dadliest Catch developer Young Horses made an appearance at the event with one of the community’s favourite releases: a “whimsical adventure game” called Bugsnax that’s heading to PlayStation 4 as well as PlayStation 5 in the holiday season.

New Orleans Pelicans forward Zion Williamson stars in an in-engine NBA 2K21 demo that looks like real life. We can only hope that its gameplay can keep up!

Every event has the reveal you never knew you needed, and this is it: Annapurna Interactive and developer BlueTwelve Studio bring you a game where you play as a stray cat, separated from its family and forced to “untangle an ancient mystery to escape a long-forgotten cybercity and find the way home”… and it looks pretty damn good.

…And a whole lot more:

It was one hell of an event, and between the PS5 and the Xbox Series X we have a whole lot to look forward to out of the next console generation. Sony did stop short of providing a concrete launch date for the PlayStation 5, but with games coming out during the holiday period being included in the reveal, it’s fair to assume that we’ll be looking at a sleek new addition to our gaming setups before November’s over.

What did you think was the highlight of the event? Has it convinced you to jump on the pre-order list? Let us know in the comments section down below, or join our community on Facebook or Discord to chat about the PS5 — and the rest of the games industry — in real time!

[…] Inside Xbox event back in May, which was focused mainly on third-party games, and having seen the incredible list of games Sony showed off at its PlayStation 5 reveal, the pressure was on Microsoft to finally show more of its first-party offerings and better […]

[…] Games gave us our first look at Ratchet & Clank: Rift Apart back at its PlayStation 5 reveal event, and the trailer the studio showed here was a fantastic second showing — both for the game, and […]

[…] having debuted its eighth mainline Resident Evil title at the PlayStation 5 reveal event back in June, Capcom continued to work with Sony by showing off a second Resident Evil Village trailer at the […]