The Immersive Sim Could Be Endangered

Set on the Talos I in 2035 during an alternative history where John F. Kennedy never died, the Vietnam War never happened and the space race of the 60s played out rapidly on an international scale, Prey is gorgeously detailed in both setting and character. It’s a world with a genuine history, where the lives and stories behind the space station’s many crew members are tragically cut short, frozen in time. A wealth of audio logs, emails and corpses reveal an unsettling, morally bankrupt devotion to scientific advancement, no matter the cost, where even memories have become yet another another part of the human experience parcelled up as a product for the masses. Feel like mastering piano? Speaking French? Just try a Neuromod.

Developed by Arkane Studios, Prey is one of a rare but often underloved genre that embodies some of the best qualities of the medium: the ‘immersive simulation’ (sim). Prey itself is a transparent homage to the System Shock games: just swap out grotesque body experimentation with the dangers and horror of memory manipulation and you’re most of the way there.

Immersive sims are distinct for the choice they offer players, designed around offering a range of choice, usually inside unique, compelling spaces like Prey’s Talos I, Bioshock’s Rapture or sections of Dunwall in Dishonored (another Arkane production). They offer problems dependent on both the player’s ingenuity and specialisation, missions with more than one ending, and combat that rewards resourcefulness, preparedness and caution. Immersive sims ‘immerse’ the player and encourage players to find their own path through the game, their own journey.

Compared to the sixth generation’s PlayStation 2, Xbox and GameCube, the seventh generation saw several strong entries in the immersive sim genre, likely due to the consoles’ greater capabilities. The immersive sim has always been a rare breed, an exotic niche genre that only saw releases occasionally, but these new consoles suddenly, apparently, let the immersive sim – an otherwise PC-centric genre – join the mainstream and release to a wider market. Sure, the original Deus Ex released on the PS2, but the PS3 and Xbox 360 saw the BioShock series, Deus Ex: Human Revolution and Dishonored. BioShock is arguable (despite having roots in the System Shock games, they’re simplified to the point of becoming a different genre entirely) but the critical and financial success of Human Revolution and Dishonored proved the broader appeal of the genre. Human Revolution helped modernise the immersive sim for consoles and a broader audience, while Dishonored, with its simpler level-based format and eye-catching art direction by Half-Life 2 art director Viktor Antonov, helped push the genre even further into the limelight. During the current eighth generation, however, the genre’s seen a downswing in overall reception.

Human Revolution’s follow-up Deus Ex: Mankind Divided (2016) found a relatively lukewarm and divisive reception compared to the full-featured predecessor, with sales underwhelming enough to put the series on hiatus. Dishonored 2 (2016) met a similar apathy from the public, arguably due to then-recent changes to publisher Bethesda’s review policy that saw it only provide review codes to outlets less than 24 hours before release. 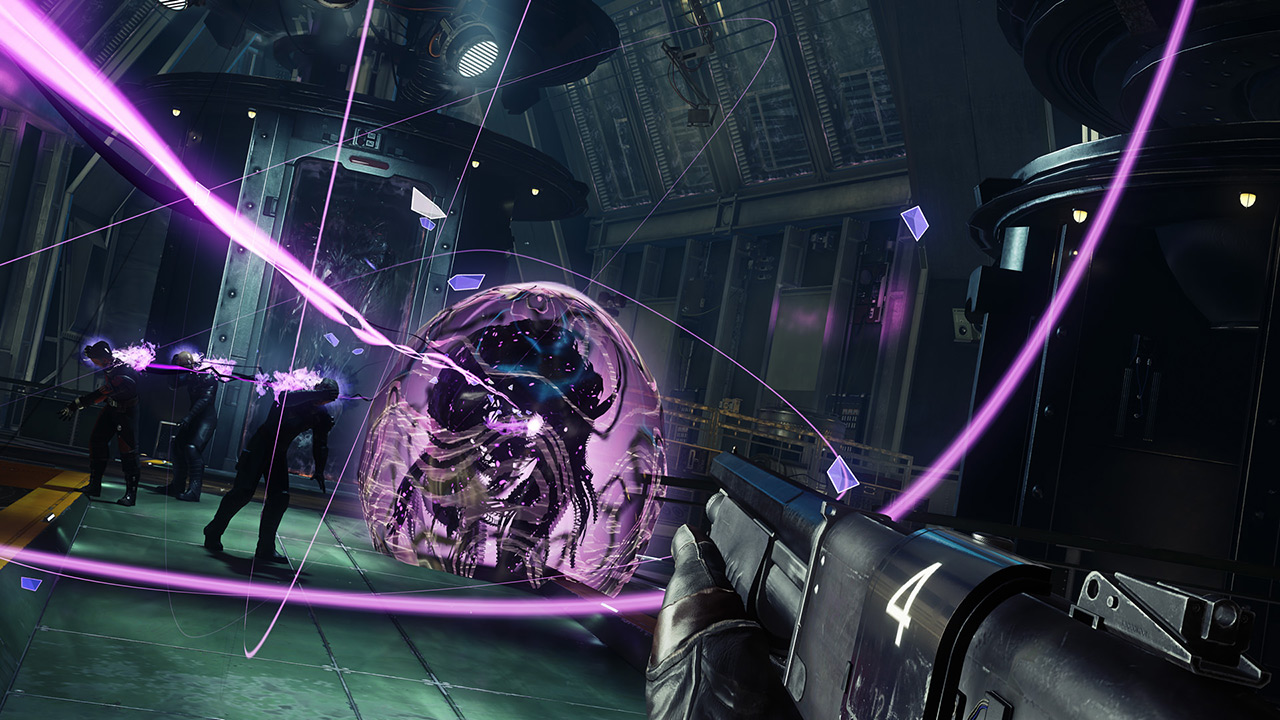 For a genre that’s far less dependent on flash and bombast, immersive sims are a tougher sell to the wider market; with today’s market opting mostly for massive open worlds and multiplayer experiences, it’s tougher still. Without the pre-launch critical praise to hype up the impressive underlying aspects of games like Dishonored or Prey, it’s easy to see the average player passing on an immersive sim for something more explosion-y and shoot-y and loud – something more transparently exciting.

Now there’s Prey’s DLC expansion Mooncrash, suddenly announced and released at this year’s E3, where we see an almost total pivot from Prey’s strongest qualities. There’s nothing wrong with content like Mooncrash, using DLC to experiment with new directions and types of gameplay – and perhaps that’s all Mooncrash is, gambling on something new instead of providing more of the same like Dishonored games’ expansions. Sadly, though, it’s hard to look at Mooncrash and not feel cynical.

As we watch the genre continue its decline back into niche obscurity, Mooncrash looks like something of a salvage operation for a game that likely saw mediocre (or worse) sales, proving the diminishing viability of ambitious single-player titles like immersive sims in the AAA marketplace yet again. There’s the sense that Arkane and its publisher Bethesda Softworks are repurposing what they can with Prey – pumping out a replayable ‘rogue-lite’ mode, adding multiplayer and some minor VR capability – and scrounging whatever they can from their ‘failure’ of a product.

The idea that the single-player game is ‘dying’ floated around last year after Dead Space developer Visceral Games was shuttered – a silly notion for the most part, especially after an E3 display where we saw a reduced multiplayer presence all-round. Outside the crazy-budgeted first-party showcases of your average E3, though, the doomsday scenario is still persuasive.

It only took a few minutes into the very first conference of this year’s E3 to hear mention of the latest mega-trend, the Battle Royale, which combines not just multiplayer but large-scale open worlds – two features that dominate the gaming landscape in 2018. The Battle Royale is a well-timed combo that taps into the zeitgeist like Overwatch and Call of Duty did before it, but these features’ appeal is visible just about everywhere, more likely than unlikely in your average AAA release. Open worlds have become an expectation instead of an impressive distinction, and multiplayer titles have become the most successful titles on the market by a truly gigantic margin. 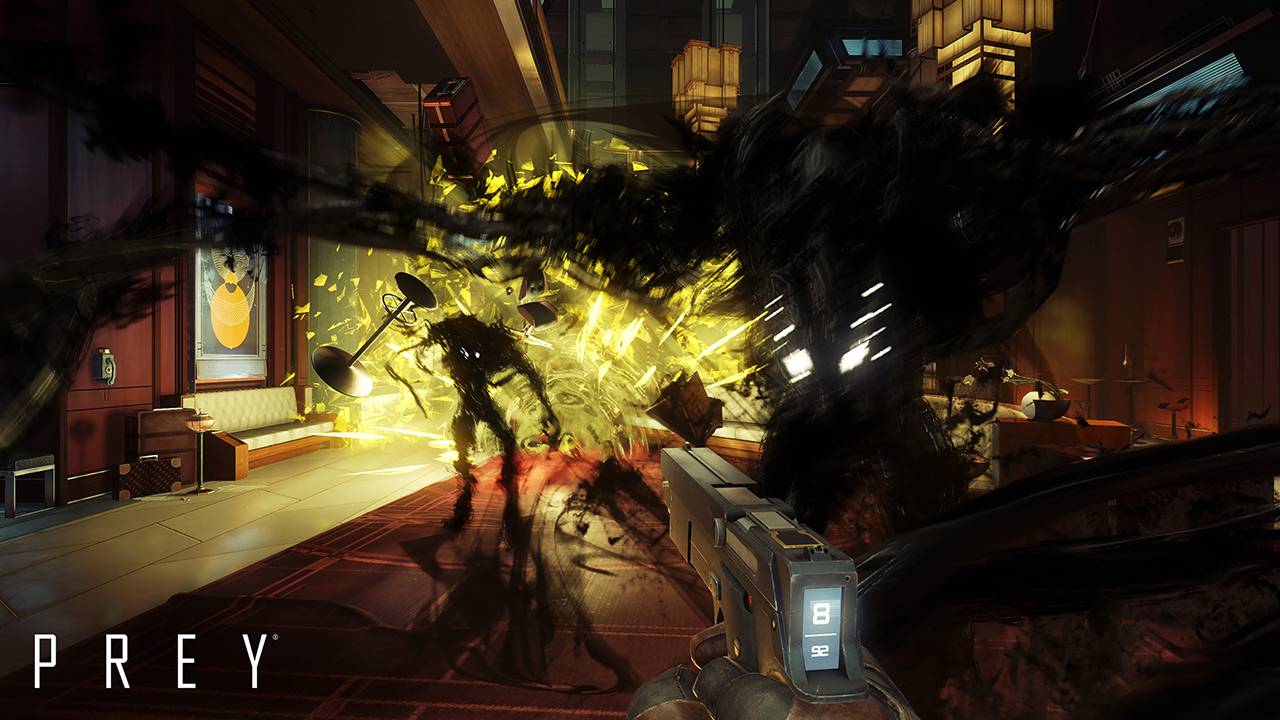 Prey ultimately did adapt to the market in some ways: Arkane used a much larger world than most immersive sims, with gameplay systems less punishing on the player, but even that wasn’t enough to attract the audience a AAA release needs today. Calling for doom and gloom might be premature when we still see releases in the genre – Mankind Divided, Dishonored 2 and its DLC, Prey and its own DLC just this month, all released within the last few years and are definitely not old or outdated titles. Given that they keep on coming out, though, maybe Arkane’s releases genuinely turn a profit for Bethesda despite low first week sales and early markdowns. Maybe they have stronger long-term sales than one would expect. As the market focuses more and more on cinematic splendour and ever-increasing scale – as this year’s E3 showed – though, the genre itself could be outdated. Innately single-player and lacking the gigantic worlds that impress players at a glance, focused on immaculate underlying system and level design, the immersive sim might have lost its place in the AAA scene. I hope I’m wrong, but with a Bethesda conference that showcased a multiplayer online-only Fallout, a co-op Wolfenstein and Prey DLC that dropped the best parts of the original game for entirely new modes, isn’t it fair to be worried?

[…] is resting for now.” Bare also hinted at the studio’s intention to continue exploring the immersive sim genre that it has become so well known for, revealing that the studio places great importance on its […]