The Anatomy of a Haunted House

“In the psychology of the modern, civilised human being, it is difficult to overstate the significance of the house.”

We’re all painfully familiar with the concept of the haunted house. It’s a staple of the horror genre: from The Poltergeist to PT, we seem to find something alluring in the perversion of our safest space. After all, we trust our houses more than we trust our closest friends. They guard us as we sleep, watch over us in our most intimate moments. We decorate them, fill them with pieces of ourselves, and live out our days within their walls, but most importantly, they offer a kind of safety that no other object in our possession could ever dream of delivering. Hauntings corrupt that safety, strip it back to the bone; we feel much more violated by hauntings of the house than, say, hauntings of a school or a hospital, and we do all that we can to drive out the horror.

More often than not, the haunted house is haunted by something: a ghost, a demon, a serial killer lurking within the walls. The house itself is merely set dressing upon which scary things happen. Out of proximal consequence, we also view the house itself as a source of danger; haunted houses are seldom lived in. We don’t blame the house for its infestation but we don’t exactly forgive it either. It let something in, something terrible and dangerous. It broke that trust we offered it so easily and, like trying to avoid a leper in an alley, we ostracise it from our surroundings.

It’s upon this understanding of the haunted house that Kitty Horrorshow builds Anatomy. The concept is simple: you walk around an empty house and pick up cassette tapes to listen to on an old, crackly tape recorder, moving from room to room as instructed. It’s far from the most terrifying concept on paper but I cannot stress enough the sheer anxiety that I felt walking through this empty home. It’s a haunted house, no question, but you don’t quite understand what it’s haunted by until you’ve ventured deep within its walls.

It’s at this point that I’m obliged to say that this game is much better played with a blank slate, and a lot of what I’m going to say will spoil key elements of the experience. If you haven’t played the game, it’s only US$2.99 on itch.io and is well worth your time. However, I acknowledge that simply being told to play a game without a proper reason is not always enough; if that’s how you feel, keep on reading — I hope I can change your mind by the end. 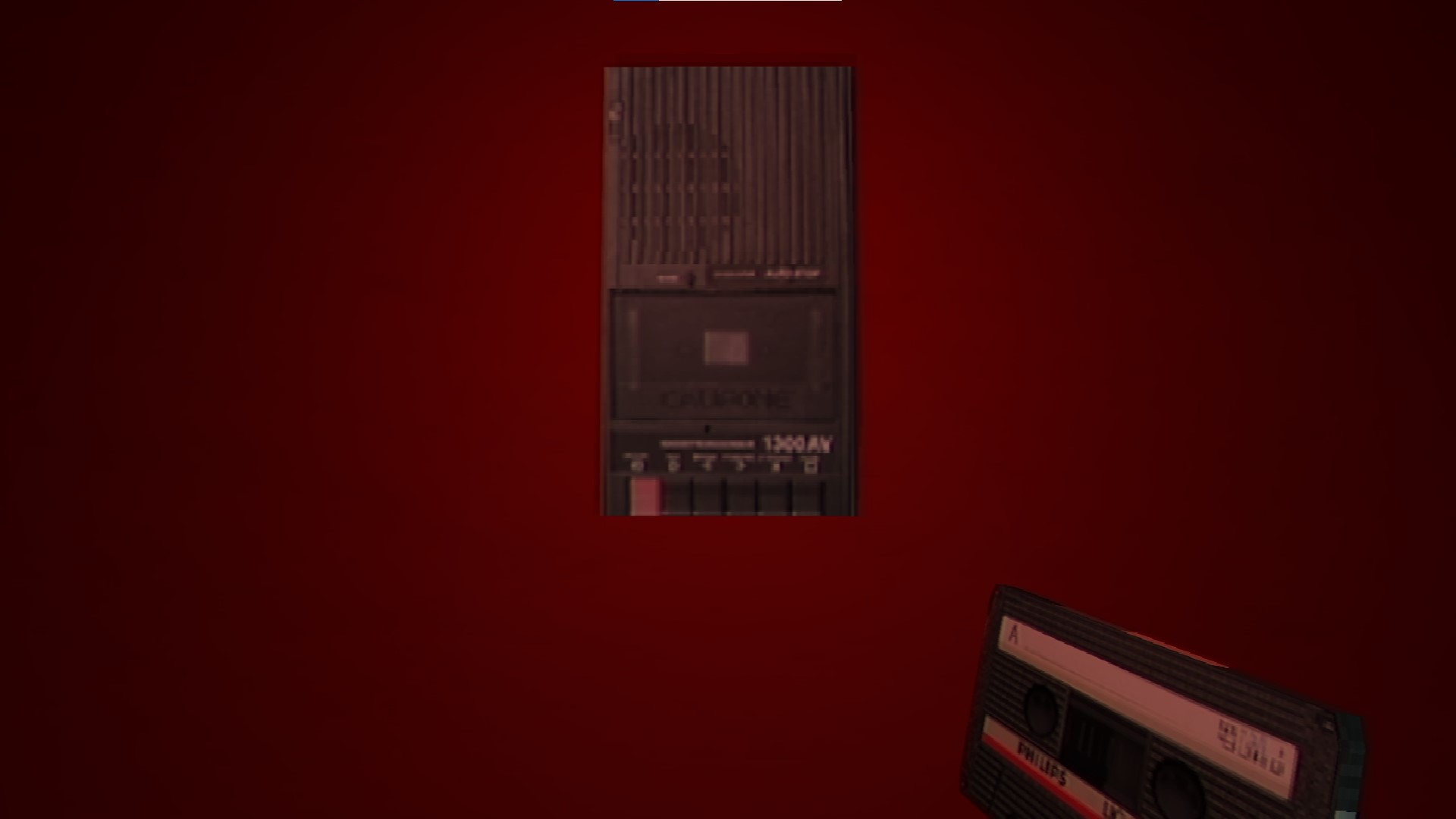 Let me pose a question: have you ever wandered through your kitchen in the dead of night, not bothered to turn on the lights, and felt like something was watching you, or like the darkness that surrounded you might just swallow you whole?

I used to live in an old farmhouse in rural New South Wales. Come nightfall, the world became dead silent. Cars rarely came down the dirt road past my driveway and my closest neighbours were almost a kilometre away. I was trapped in a bubble of complete silence after dark. As such, I became hyper-aware of the sounds around me: a gunshot echoing across the paddock; the rain on an aluminium roof; the creaks and groans of my bitterly old house. In this kind of silence, your mind plays tricks on you. You hear footsteps where there are none and cupboards opening in the dead of night. You feel a kind of fear that’s not rational, not borne of any real threat, but instinctual, like there’s something dangerous sitting just beyond your peripheral vision.

Anatomy taps into this fear better than any piece of horror media I’ve ever consumed. It may seem odd that some quiet game about wandering a suburban home frightened me so badly, but there’s finesse to Horrowshow’s technique. For one, there are no monsters in Anatomy. No ghosts, no demons, no serial killers. There’s nothing lurking in the dark. I know that, yet I still find myself hesitating whenever I descend into Anatomy’s pitch-black basement. 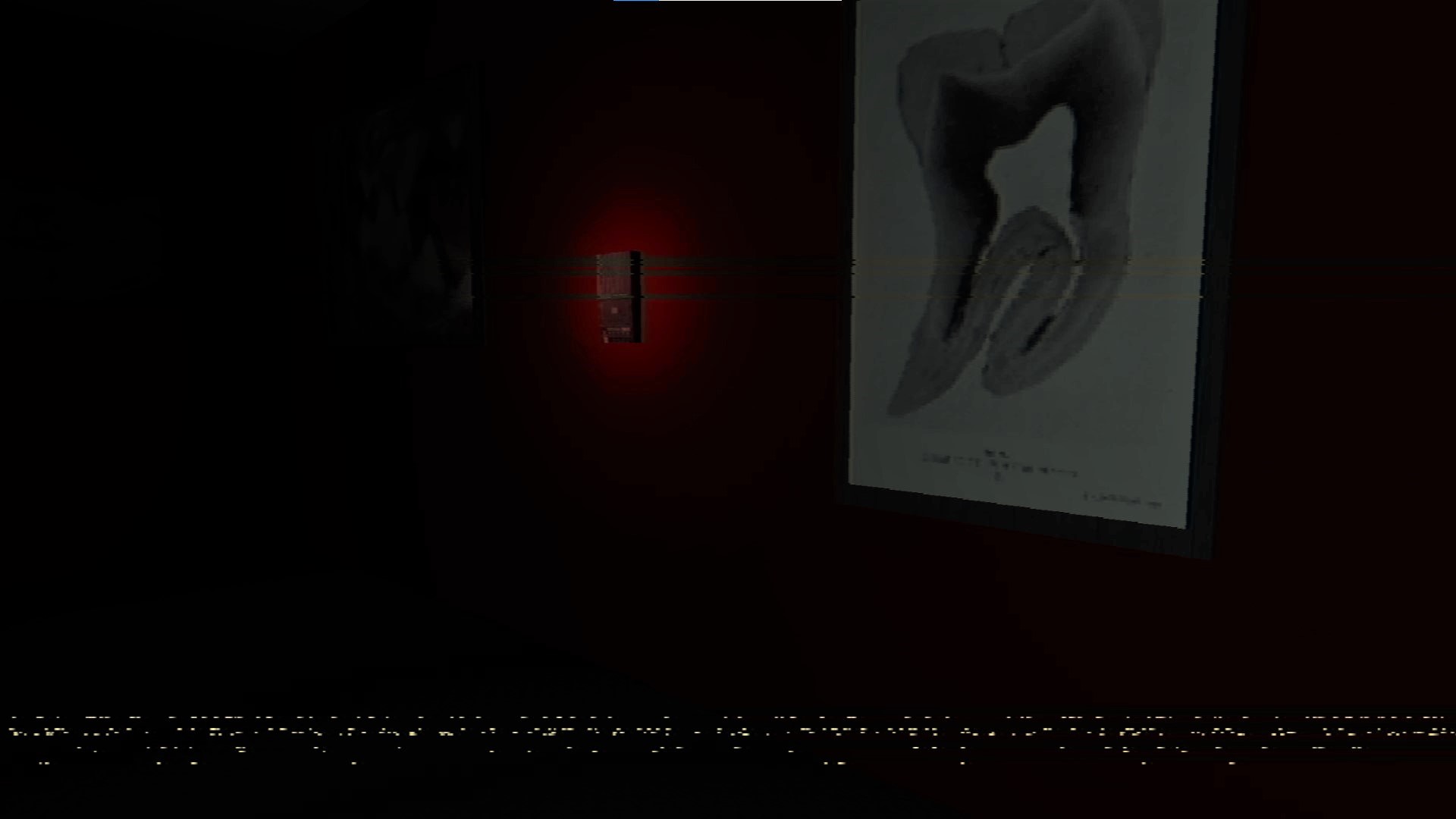 There’s a large emphasis on retro-style horror on independent game sites like itch.io, partially because it ignites nostalgia in an audience that’s grown up in the advent of newer, better gaming technology. We have better resolution than ever, life-like graphics and smooth, responsive systems that cater to our every input. Functionality and aesthetics are a sticking point for games within the mainstream. For the most part, that’s just fine. It results in highly polished, beautiful games and consumers generally appreciate, or even expect, this kind of product. We like games that cater to us but the indie scene has no patience to make it easier on the player. Indie developers place emphasis on fostering unique ideas rather than upholding the status quo. Consequently, the indie scene is where you’ll find the most content from marginalised creators — people who don’t fit the mould and don’t intend to.

Anatomy follows suit, forgoing aesthetic beauty and pure functionality. Its graphics are simple and blocky, and its systems break on purpose. It’s veiled with a grainy, VHS-like filter that distorts the darkness surrounding you. In The Power of VHS, Harry Brewis argues that the low-quality resolution of VHS tapes often aids the tension of horror movies, simply because you can never quite be sure of what you’re seeing on screen. Horrorshow knows this, and Anatomy revels in it. The game is set almost entirely in darkness, so much so that I was squinting at the screen for most of the early segments. Under these conditions, your mind plays tricks on you: there may be no monsters here but the game completely convinces you otherwise. Horrorshow forgoes what we deem acceptable by Triple A standards and creates something that had me scared to even start it up. What’s worse is this effect is merely a smokescreen — the real danger has already swallowed you whole.

At the end of the first segment, Anatomy leads you up to the master bedroom where the final cassette tape sits. Immediately, you can tell there’s something off about this room. The walls are red, like the colour of fresh blood, and there are countless pictures hung up on the plaster. Pictures of mouths, throats and barred teeth. The cassette player too now hangs from the wall and the final cassette speaks of how, in the anatomy of a house, the bedroom is less like the mind and more like a mouth. It’s at this point that the pictures of teeth seem more like a warning than decoration, like the vibrant stripes on a poisonous snake. We sit on the tongue of a monster, hoping desperately that it does not notice us… but at the end of the tape, the cassette player clicks and the house bites down. 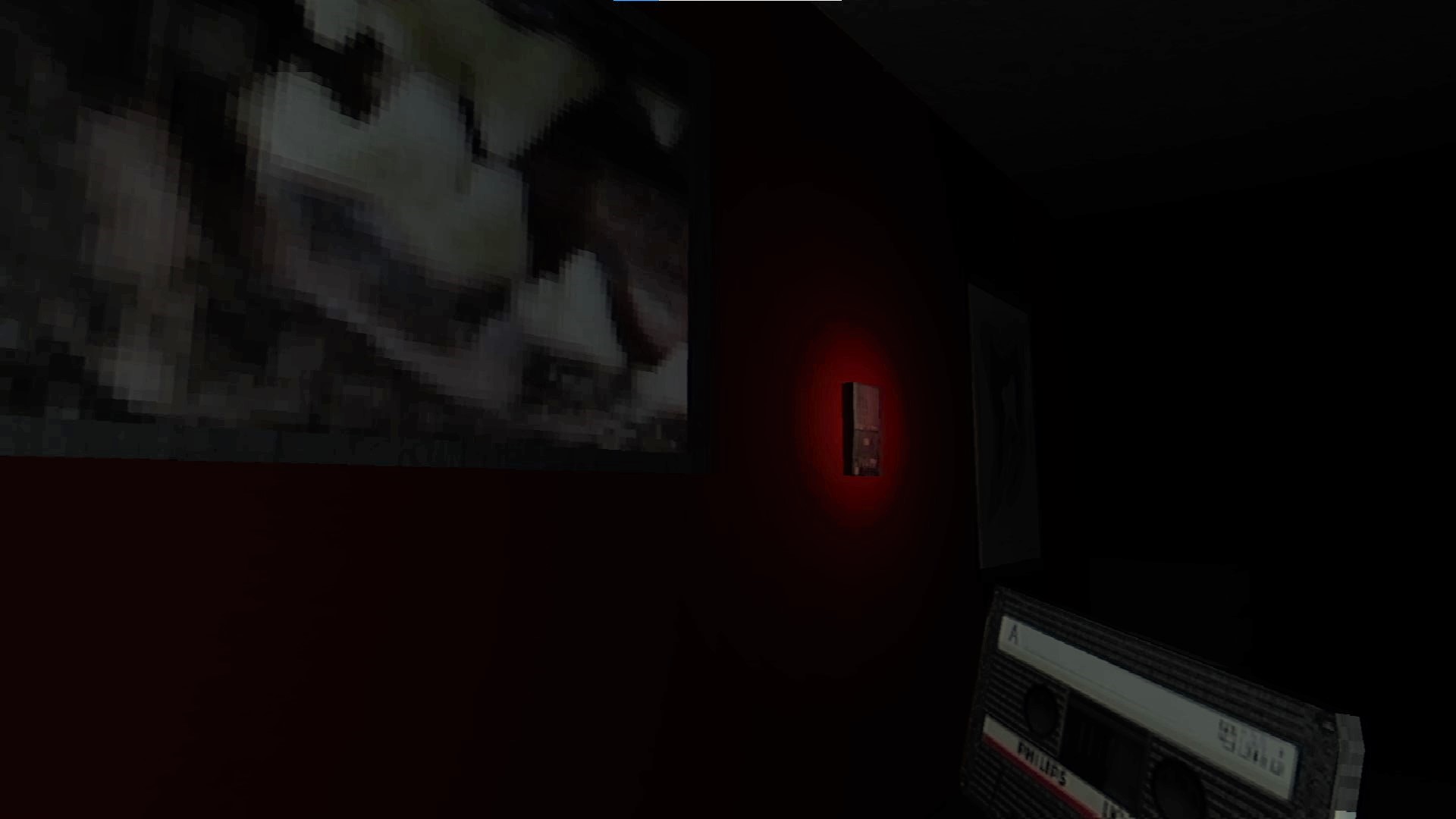 When it comes to the house itself, Jacob Geller has said it best: the house in Anatomy “…hates you.” There’s no hint of hyperbole here: this house is hostile and bitter toward your very existence within its halls, and much of Horrorshow’s work involves autonomous, personified places that treat you like an intruder. Hostile environments aren’t new to gaming – Dark Souls certainly doesn’t feel welcoming to a new player – but there are very few games that reject you in your entirety like Anatomy. The house laments how it killed an intruder who wandered inside, luring them into the basement and sending them tumbling down the stairs. Immediately afterward, the basement door opens and you walk inside, only for the game to cut to black and send you back to your desktop. At the end of each sequence, the game crashes, kicking you from both the engine and the house. Every time you restart, the game becomes buggier and objects flicker in and out of existence. Plates float in the dining room, the spare cassette player in the spare bedroom shrieks and eventually, dark veins protrude from the floor and the walls. It’s as if the house is disintegrating before your eyes, crumbling under the weight of its most pressing infestation.

When I said there were no monsters in this game, I lied. In truth, we are the ones haunting these halls. We have “pried…prodded…and interfered” in the body of a “greater organism” but even worse, we were the ones that built this place, only to leave it to rot in isolation. Beneath the bile, this house is lonely. In the final sections of the game, the static VHS title screen glows red and tells you that “you never came back.” Anatomy questions what it means to bring something into existence, only to discard it when it no longer suits our needs. We treat our houses with such cold utilitarianism, yet they are perhaps the most crucial of all our belongings. We never stop to consider much more than its usefulness to us alone. Under these conditions, does a haunted house not have a right to begrudge those that abandoned it?

In the “readme” note included in the game’s files, Kitty Horrorshow dedicates Anatomy to Shirley Jackson, author of the 1959 gothic horror The Haunting of Hill House. The two texts share many similarities — both involve houses that seem to possess as much character as their human inhabitants, both houses have warped and impossible architecture, and both make it clear that they despise the humanity that brought them into existence, but the most pressing connection lies in how Hill House and Anatomy yearn for connection. They have relinquished hope that humanity will appreciate them and as such, they have become hostile to our very existence. Their existence is tortured, but they simply cannot drive us away, no matter how hard they try. We just keep coming back to haunt these houses in their perpetual hatred, like rats burrowed deep within the walls.

In my eyes, the house in Anatomy is not haunted. It’s a vengeful house, a being of terror in and of itself — for me, that’s infinitely more terrifying than mere set dressing for another haunted being.

[…] Kate King-Smith made her Doublejump Debut, discussing her theory that the haunted house in Kitty Horrorshow’s Anatomy is not actually haunted; it’s a being all of its own, and that makes it even more terrifying. […]