Square Enix: past, present and future

A look at the Japanese giant’s history ever since the merger, as well as what its future holds

What started as a one-man company back in 1986 under the name Square Co. Ltd has now become one of the largest game developers in Japan and one of the most well known the world over. Square Enix was not always the powerhouse that it is today, though. In fact, just a few years ago, the company was dealing with such major issues that the thought of bankruptcy wasn’t entirely far-fetched. Despite that, some of the most heavily discussed titles and some of the most divisive developers in the video game industry have stemmed from this particular company, to the point that the community appears divided between those who support the developers’ visions and those who don’t. Casting that aside for the moment, though, let’s take a closer look at this company’s turbulent history.

Formed in 2003 after the merger of two already huge game developers, Squaresoft and Enix, the road has not been full of roses for Square Enix. With two of Japan’s greatest franchises originating from each of the two companies (Squaresoft created Final Fantasy and Enix was responsible for Dragon Quest), the merger came with the fear that one might see a drop in quality in favour of the other; due to Final Fantasy’s popularity with Western audiences, that one was always likely to be Dragon Quest.

This merger was a bit of a necessity for Square in particular after it invested a great amount of money in the creation of its CGI production film Final Fantasy: The Spirits Within, which didn’t resonate with audiences and ended up being a massive disappointment. Following the massive loss The Spirits Within incurred, Sony bought out 19% of the failing Square, providing the help the studio needed to get Final Fantasy X and Kingdom Hearts released to the public; both titles saw huge success, which helped Square get back on its feet and proceed with the merger.

The newly-created company’s first CEO, Yoichi Wada, came into the role with plenty of big ideas, some of which panned out beautifully and others that were a little more questionable. Initially, it was his idea that Square Enix buy out other notable game developers such as Taito and, most importantly, Eidos Interactive, a master stroke that added those studios’ well-known franchises to its stable. Unfortunately, he was also largely responsible for the company’s poor handling of the Final Fantasy series throughout the 2000s and early 2010s, which led to his dismissal as CEO and a major restructuring of the company. 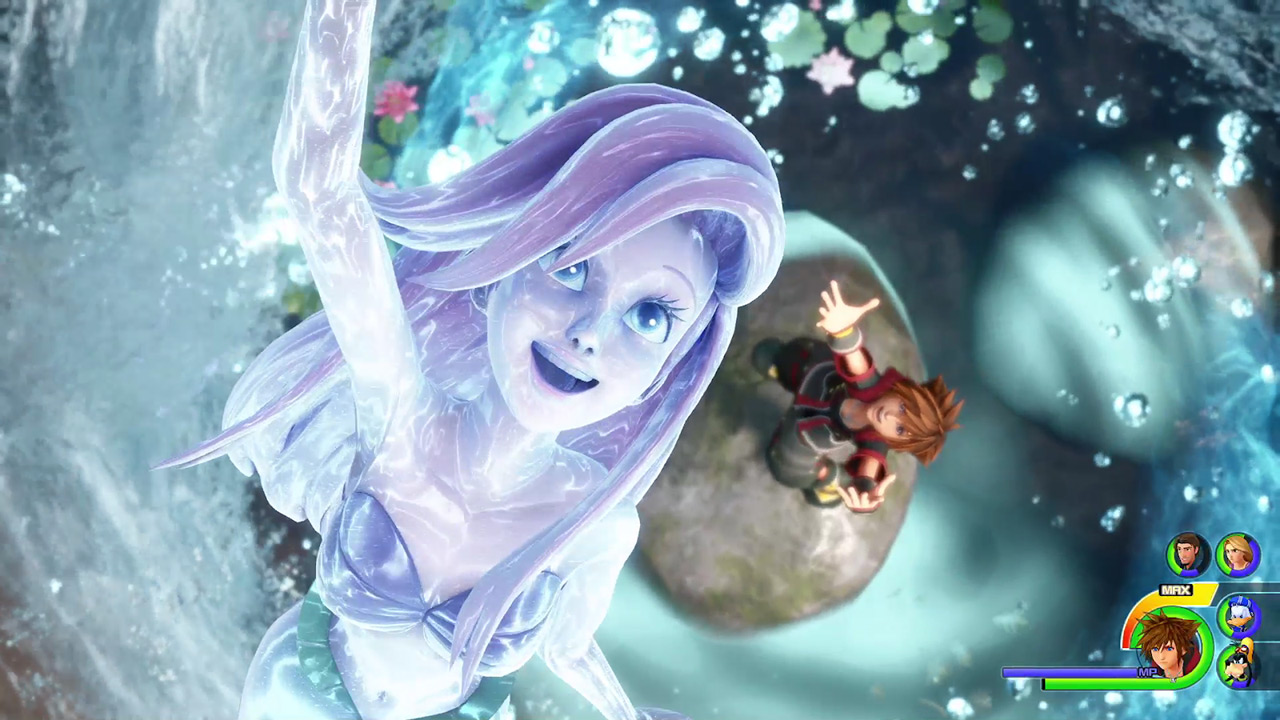 Although things were looking good for the series when Square Enix announced the Fabula Nova Crystallis project — consisting of Final Fantasy XIII, Final Fantasy Versus XIII and Final Fantasy Agito XIII — early in 2006, the first project announced under Wada’s leadership was fraught with issues in development and limited communication that led to fans becoming angry and disappointed as the series continued to languish in development. It wasn’t until 2009 that the first of the three titles, Final Fantasy XIII, was released; despite good reviews, the title underperformed due to its linear nature and the lack of depth behind its story.

Unfortunately, the comparatively underperforming Final Fantasy XIII “trilogy” wasn’t the only poor move Square Enix made under Wada. After the first ever online Final Fantasy title, Final Fantasy XI, met with great success, the company thought it wise to try again, opting to turn Final Fantasy XIV into an MMORPG as well.. Sadly, the game ended up laggy and full of bugs, the world was empty and it as a whole received such heavy criticism that Square Enix was forced to shut it down and re-structure it all over again. Wada went on to say that the development of this restructure’s beta (eventually titled “A Realm Reborn”) caused many of the company’s other major titles to be delayed.

Wada was eventually held accountable for his miscalculations. In early 2013, he was replaced by Yosuke Matsuda, who brought with him a breath of fresh air to the company. 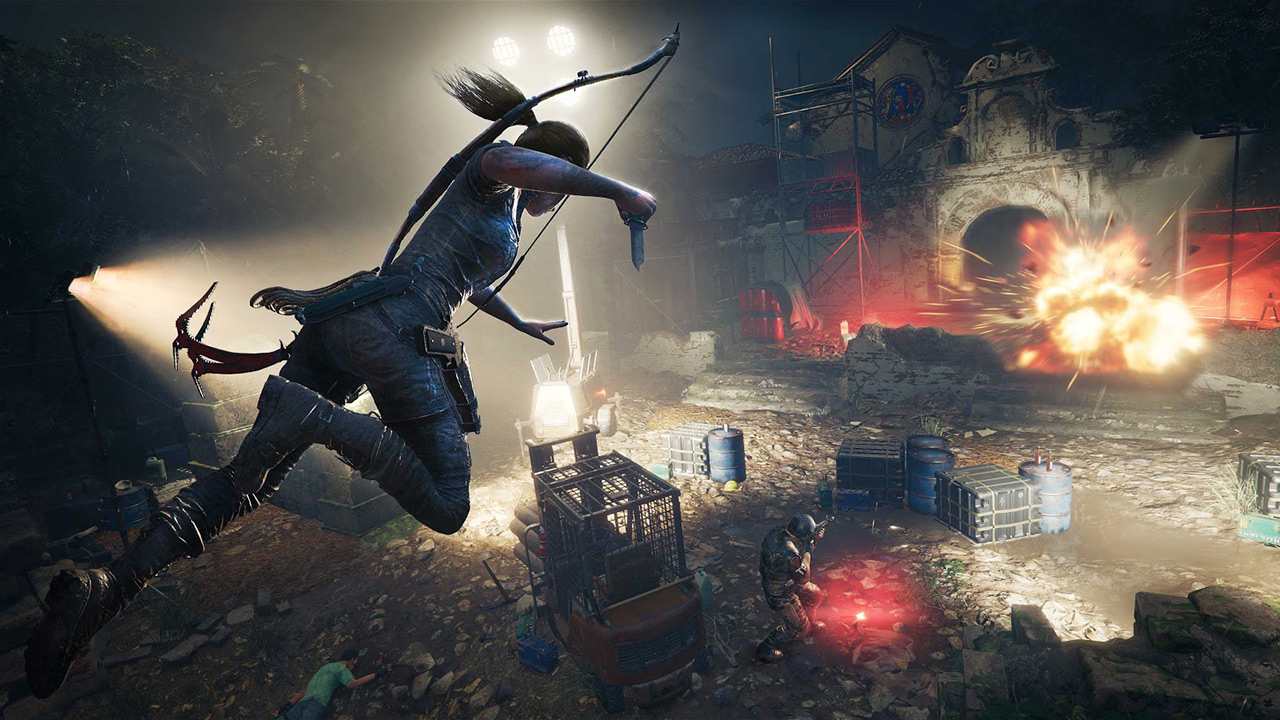 The biggest and arguably best change in Square Enix’s practices under Matsuda is the fact that the company has become far more vocal with its community, moving from its cold, sheltered practices under Wada to holding live-streams and fan meetings and taking the community’s feedback on board. Matsuda was also quick to reshape the Square Enix’s development teams to kick-start titles that were stuck in limbo; at E3 2013, just months after Matsuda’s appointment, the company announced Final Fantasy Versus XIII’s rebranding to Final Fantasy XV and that Kingdom Hearts 3 is in the works.

Matsuda also made some other daring changes. In 2015, Square Enix announced that Final Fantasy and Kingdom Hearts’s main character designer, Tetsuya Nomura, would no longer be in charge of Final Fantasy XV’s development — that responsibility went to newcomer Hajime Tabata. Although many questioned this decision and it is rumored to have created some internal conflict within the company, it ended up being the right call; Nomura was getting nowhere with XV, and now he had taken on another major project in Kingdom Hearts 3.

Thanks to the company’s new customer-friendly approach, players got the opportunity to test Final Fantasy XV for themselves before its release in form of a playable demo and a closed beta. Additionally, a marketing campaign unlike any before — involving YouTube videos, events, invitations sent out to major publications, and more — got the fans involved in the development and showed that Square Enix knew how excited the fans were for a strong new entry into the series, and fans were happy with that.

Final Fantasy XV released to mixed reviews in 2016, but Square Enix didn’t stop there. The company kept its ears open, listening to fans’ issues with the game and continuing to make additions even to this day, filling in gaps and answering questions with every new update.j

Perhaps Matsuda’s greatest achievement, however, is the work Square Enix has done with Final Fantasy XIV under the direction of Naoki Yoshida, who came into the job with a deep knowledge of how an online game should work. Rebuilding the game from the ground up, Yoshida not only managed to get it back up and running, but has since released countless patches and two expansions (Heavensward and Stormblood), leading the game to surpass 10 million subscribers while earning great recognition within the online game community.

Although we’ve focused quite heavily on the Final Fantasy series thus far, those are not the only great titles to come out of Square Enix’s offices lately. Last year’s NieR: Automata was praised for its fantastic narrative and music, the Tomb Raider franchise has been reborn and soared to new heights, and the company published Dontnod Entertainment’s Life Is Strange, which has received great acclaim not necessarily for its quality but for the themes it explores and the characters that shine through it. 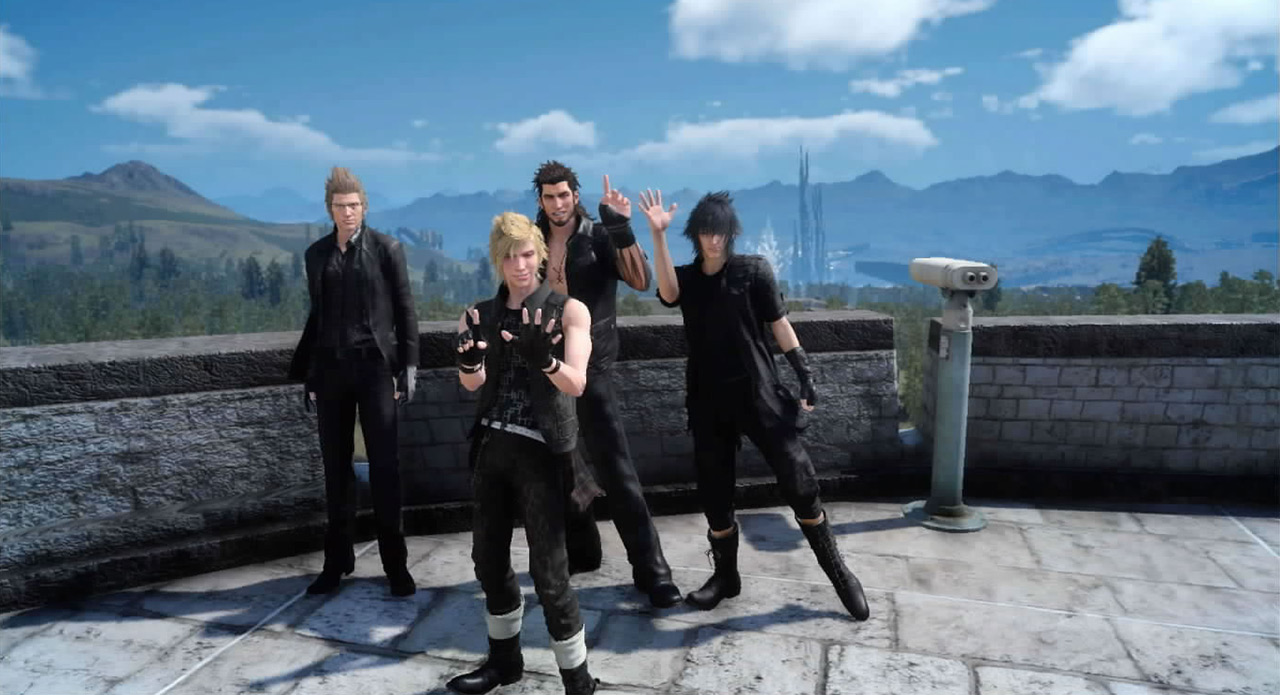 Although Square Enix has all of these and more under its ownership and the worst seems to be well in the past, the Japanese giant seeks to fly even higher. Taking even greater advantage of its partnerships with Disney (through the Kingdom Hearts series) and the Crystal Dynamics team (through Tomb Raider), the company has announced a brand new Avengers project; not much is known about it at this stage aside from the fact that the first title is slated to release within the next three years. Also, it has heard the cries of the people for the past decade and is finally remaking Final Fantasy VII, yet another project that Tetsuya Nomura has been put in charge of. Just this year alone, we’re awaiting two huge games from Square Enix, one being Kingdom Hearts 3 and the other Shadow Of The Tomb Raider in early September. On top of that,, the Dragon Quest franchise will be making its way to the consoles here in the West, with its 11th mainline release. All this and more will most likely be showcased at the company’s E3 presentation, which is set to be video-streamed worldwide on June 12.

Despite the many difficulties it has faced, Square Enix has not only bounced back, but can look at the future with great certainty; the certainty that for at least the next few years, one major release will be associated with Square Enix and that it will be tightly connected to anything associated with the term “gaming” for a long time to come.