Speed Dating at the Apple Arcade: Round 1

Now that the world is an anxious mess of social distancing and total lockdown, I’m finally cashing in my free month of Apple Arcade and burning through as many games as I can. It’s gonna be a gauntlet of brutal opinion, a battle royale of games competing for as much of my attention span and brain energy as they can muster before I cut the rope and let them fall wordlessly into the bottomless pit of my memory.

In other words, I’m milking the heck out of this trial period to try and drown my mind in sensory and emotional distraction. I’ll be playing one game from Apple Arcade at a time until I get bored or noticeably addicted, then ruthlessly deleting them off my iPad forever and moving onto the next.

No mercy. No second chances. (Also, I’m broke and want to wring as much free-ness from this free trial as I can.) 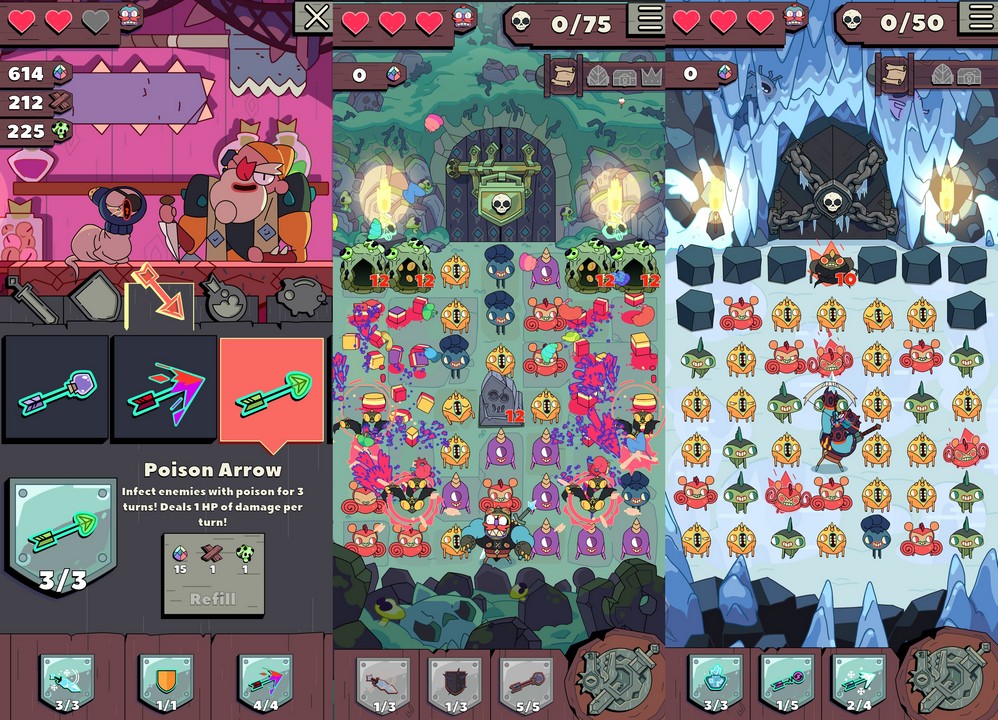 Grindstone is exactly what I’ve been wanting lately: a basic and mostly brainless puzzle game. It’s a bit of a Bejeweled-esque tile-match game except you chain together as many “gems” – here they’re cute little Cartoon Network monsters – across the board instead. As an adorable blue viking barbarian family man, you charge up combos of brutal beheadings long enough to kill the stronger monsters on the board, which can take something like 10 or so previous kills or “steps” over the board before you can remove them.

The roleplaying systems are basic enough to preserve the core puzzle game – it doesn’t become easier and you don’t really grow “stronger”, you just get better equipped for tougher levels – and is just an all-round solid time waster… But then I got Tetris Effect so I deleted it. 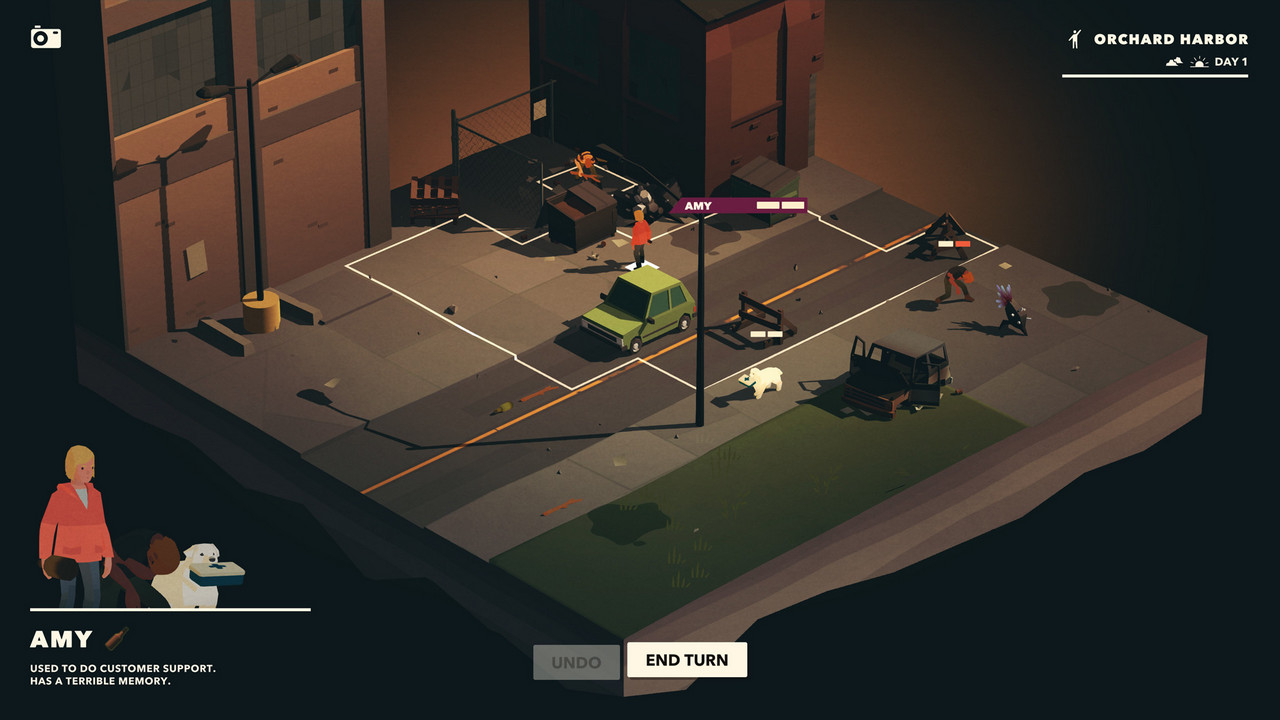 A minimalist isometric cross-country survival game, Overland is set in a USA not too different from how it is now, where eldritch monsters are crawling out of the ground and voting Republican, so now you’re driving out west to somewhere safe. You pick up survivors (who can also be dogs sometimes), you choose between pit stops depending on how much gas you have or supplies you need, and you make very terse turn-based movements around monsters until you get back in your car and drive away.

I didn’t get far enough to experience it properly but it’s the sort of game where you need to make tough choices down the line, like choosing between two injured dogs or a human survivor (naturally, this moment made me restart my save file), or saving resources over defending a stranger, or trying to murder a stranger for the fuel they’re carrying. Your protagonists (whoever survived) will have their own responses and reactions in the short spaces between stops, too. “You tried to murder that guy,” the game tells me. 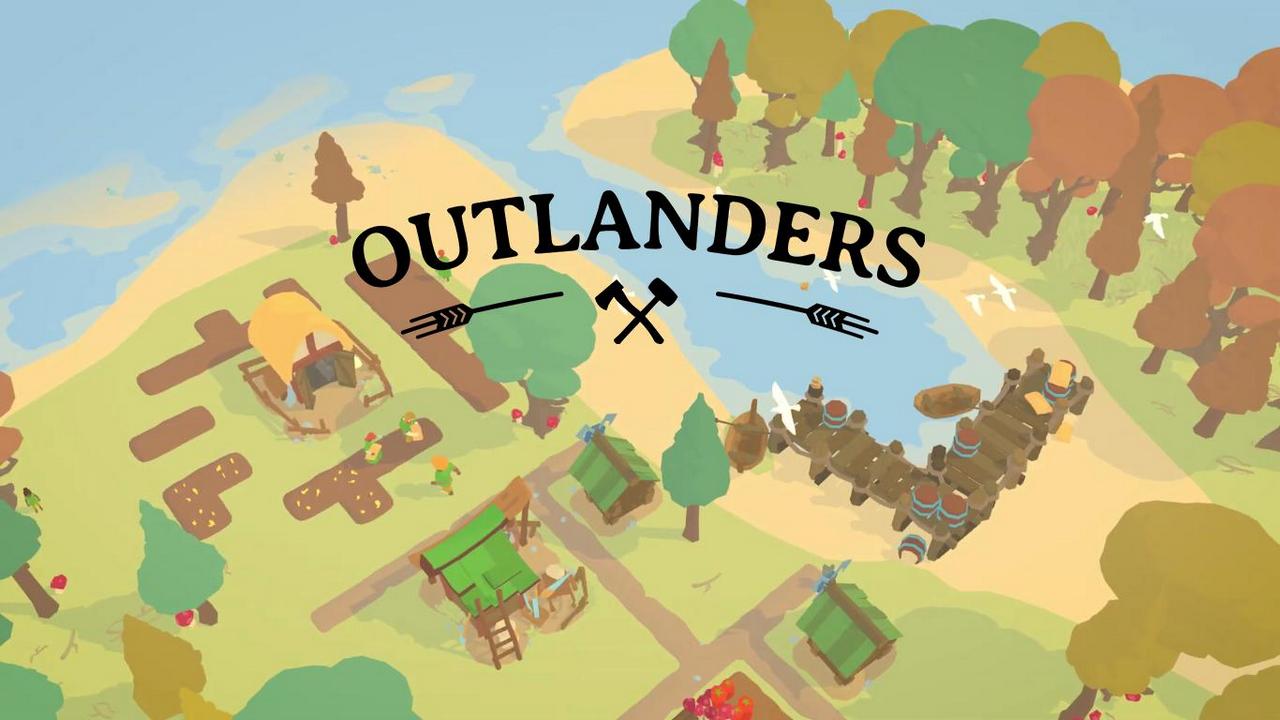 Another “exactly what I’ve wanted” sort of game, Outlanders is an objective-based small-scale city builder. Each challenge has a different leader – essentially the character you play who commands all the cute low-poly peasants around – with different objectives and overall abilities. You construct little towns by foraging, farming, cutting down trees, and building homes and other buildings. It all comes down to a combination of villager manipulation (“spending” their happiness for faster work, telling them to eat less to conserve food, keeping them unhappy to keep the population low and vice versa) and resource efficiency. It’s fun, straight-forward and the objectives keep the whole thing very focused.

The downside is that after a few levels, the game becomes crazy time-consuming and far more demanding than you expect. This means that, eventually (from about the fourth level), the game needs you to be ruthlessly efficient with your extremely limited resources over two hours or so. If you mess up one particular aspect of your internalised plan like wrongly guessing the amount of food or villagers you need, the entire level sinks and that hour or so of your life is just gone, and you have to start all over again. Not a nice experience for what’s otherwise a lax and well-crafted game. 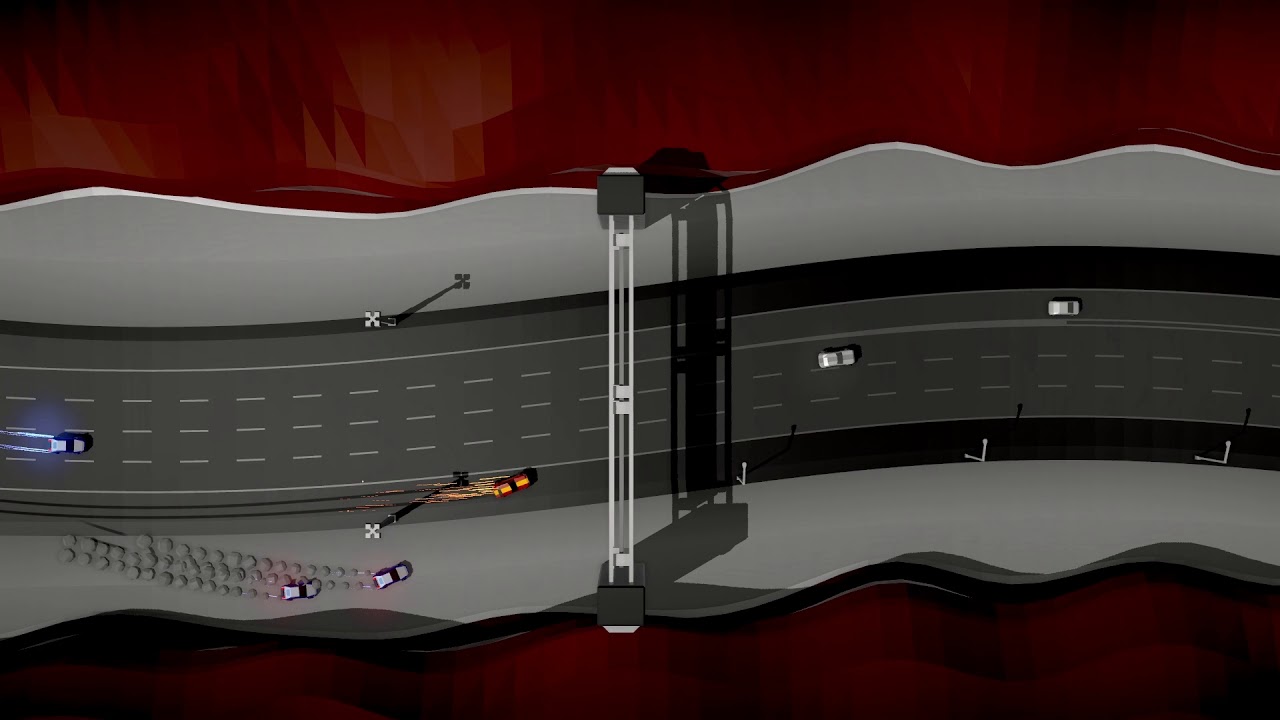 Picture Burnout but top-down and that’s Speed Demons. I mean, I think so. There’s probably a better analogy out there somewhere. Seems decent but only played for half an hour before I had my fill. 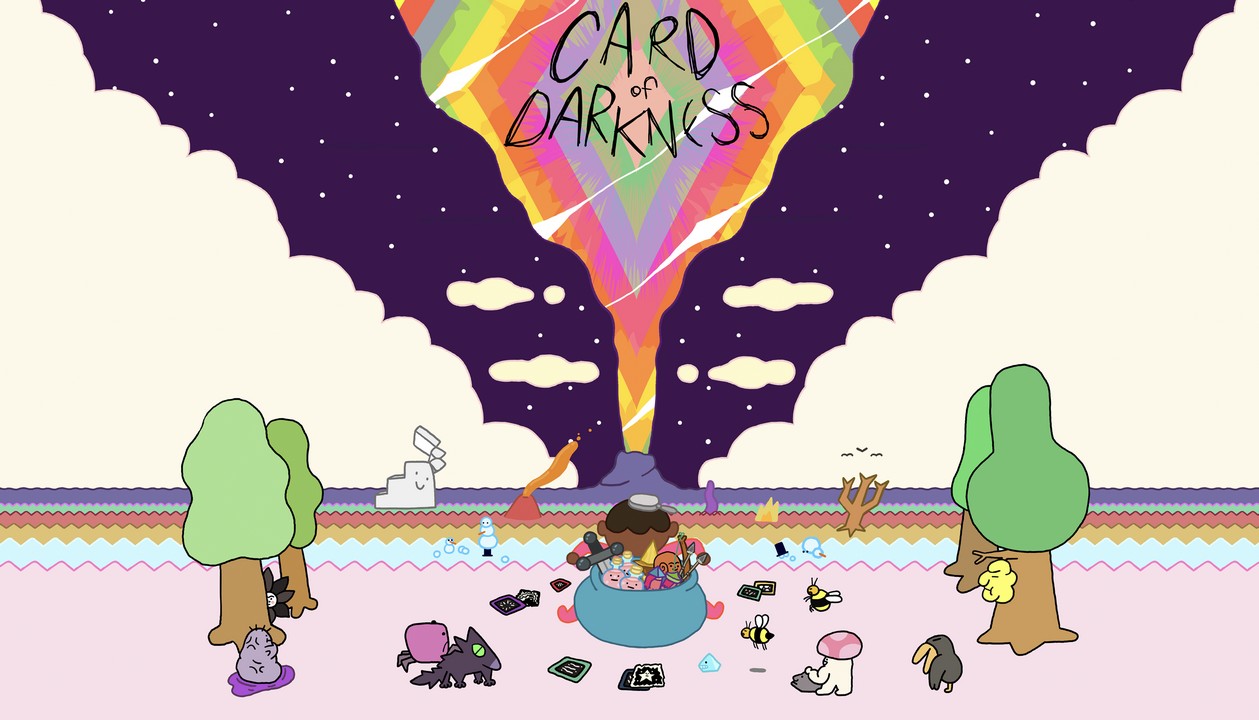 Each stage of Card of Darkness has you face a 4×4 board full of card stacks where every card is either a potion, a chest of gold, a weapon, or a monster (it’s like 80% monsters). Weapons have damage points that are either odd or even and will shatter if used against a monster that doesn’t match, and they’ll usually be at a lower number than you’d like. If you pull a card from a stack you’ll have to take every card before you can end the stage (and all those cards will probably be monsters, too). Almost every card, especially the monsters, has its own abilities, too: they can poison you if you’re damaged, constantly swap with stacks nearby, become stronger per turn, and so on.

There’s a ton to explain and since this isn’t an actual review I’ll stop there, but the short of it is: with its own Cartoon Network bubble-gum-bleak aesthetic — exactly what you’d expect from Pendleton Ward, the dude who created Adventure Time — Card of Darkness is an oddly bleak and difficult game about self-preservation where you use and sacrifice all you have to get to the end of each level. It also relies on RNG, which can be frustrating, but is sort of the point.

Five games into Apple Arcade’s catalogue and the leader of the pack has to be Capybara’s Grindstone, with Outlanders as a close second. They’re both solid games that wrung a lot of hours from me but while Outlanders is bit too stressful and difficult to suit its refreshingly simple gameplay (for a city builder), Grindstone was exactly what it says on the tin: a cute aesthetic, a fun gimmick, with no glaring issues.

[…] recap the first round, Grindstone was my winner of the smaller batch I played last time. Let’s see if Capybara’s match-puzzler will still be standing on that pedestal by this […]

[…] you missed the first two rounds, you can read them here and here if you […]

Reply
Nintendo Quenches Our Thirst for Indies with a Fantastic Indie World Presentation - Doublejump August 19, 2020 - 6:53 am

[…] Games’ Speed Dating at the Apple Arcade: Round 1 winner, Grindstone, brings its Bejewelled/Candy Crush-esque action to the Switch later this year. […]