The DualShock 4’s all grown up

Sony Interactive Entertainment decided to shake up our Wednesday morning by quietly unveiling the DualSense controller that will debut alongside the PlayStation 5 this year. This time around, the company is focussing on two key areas – comfort and interactivity – with a larger, rounder design and improved rumble effects through the use of haptic feedback and adaptive triggers (as found on the Xbox One controller). 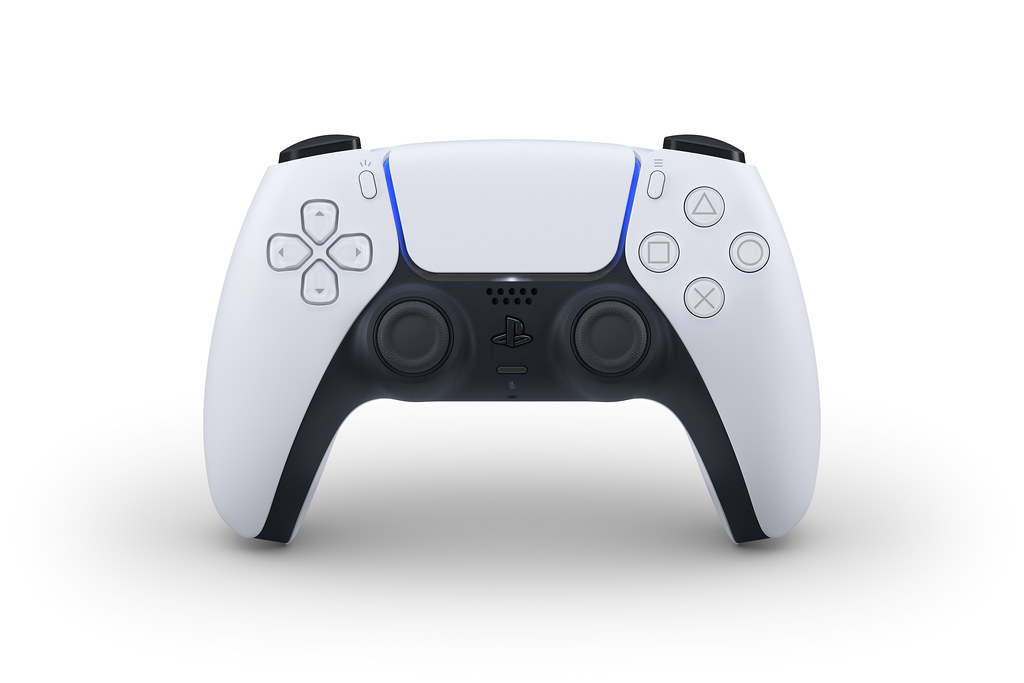 A front-on view of the PlayStation 5’s DualSense controller.

Sony also confirmed that the DualSense will include the PlayStation 5’s Tempest 3D AudioTech, so players can expect to hear realistic situational audio when plugging in a standard stereo headset. Players without headsets can still chat with their friends using the new controller’s “built-in microphone array”.

The company has kept the DualShock 4’s handy light up Touch Bar but has moved the LED strip to either side of a widened Touch Bar instead of on top as with the DualShock 4. Similarly, the company has kept share functionality but moved it to a new Create button, with Senior VP for Platform Planning & Management Hideaki Nishino teasing that Sony is “pioneering new ways” to share gameplay content but stopped short of providing specific details. 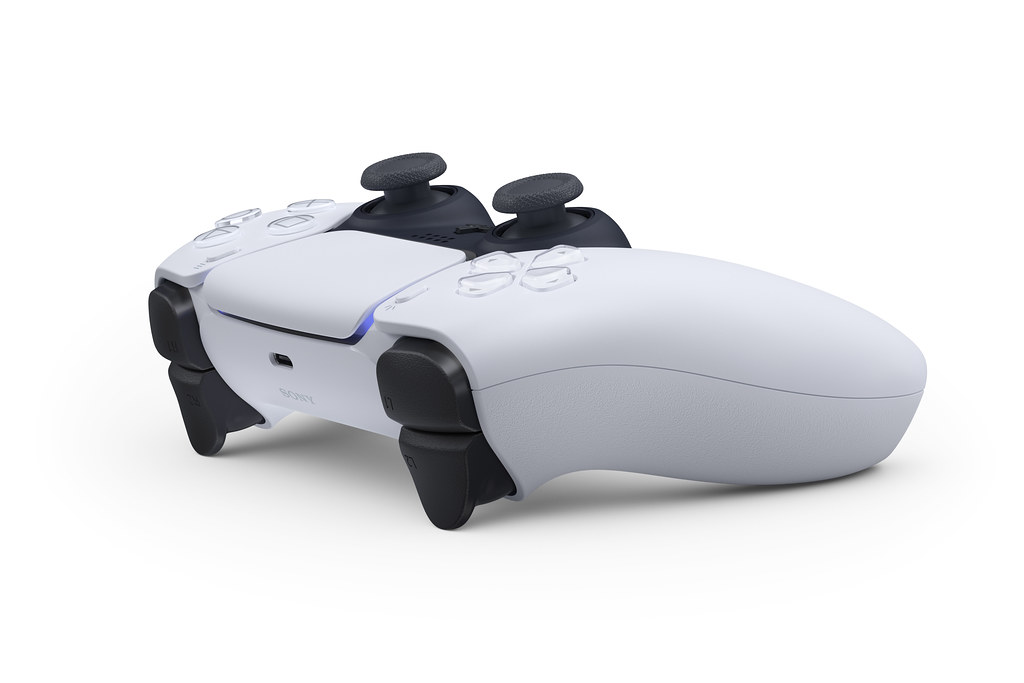 A side-on view of the PlayStation 5’s DualSense controller.

Haptic feedback and adaptive triggers should see developers create more immersive rumble effects than we are accustomed to, but Nishino’s language implies that the DualSense will be larger and heavier than its predecessors. Sony is holding onto its “Holiday 2020” launch window for both the PlayStation 5 and the DualSense controller, so we may only have a few months to wait to find out how good the controller feels in our hands.