Tight platforming with a heavy focus on community content.

Given that we’ve been saturated with the things for about 30 years running now, I think it’s an impressive effort when somebody manages to release an interesting platformer in 2019, and that’s exactly what Butterscotch Shenanigans has done with Levelhead. The four-person St.Louis-based studio has based its level-building platformer around what I consider to be this century’s best innovations in the genre – a genuine challenge with little consequences for failure (think Super Meat Boy) – and a user-friendly custom level builder that encourages players to create their own additional fun (think Happy Wheels or Mario Maker). Truly, this is a game that stands out, plays smoothly, and can potentially entertain an engaged player indefinitely.

Levelhead‘s central gameplay is refreshingly grounded and pleasant. You play as a little delivery robot who first needs to navigate a number of hazards – drops, spikes, hazardous fauna, and more – to find its missing package, and then needs to navigate more hazards to get the package to its destination. The challenge sees you running, jumping and grabbing onto things to avoid hazards, and the game’s fantastic level design enables you to get these bare-bones mechanics down pat in no time at all.

The entire single-player campaign is built to ensure that players can develop competency with, and understanding of, every new mechanic as it presents them, which keeps the difficulty progression on a fair, steady curve and prevents you from getting overwhelmed by novel hazards – and things will get very novel as you progress. 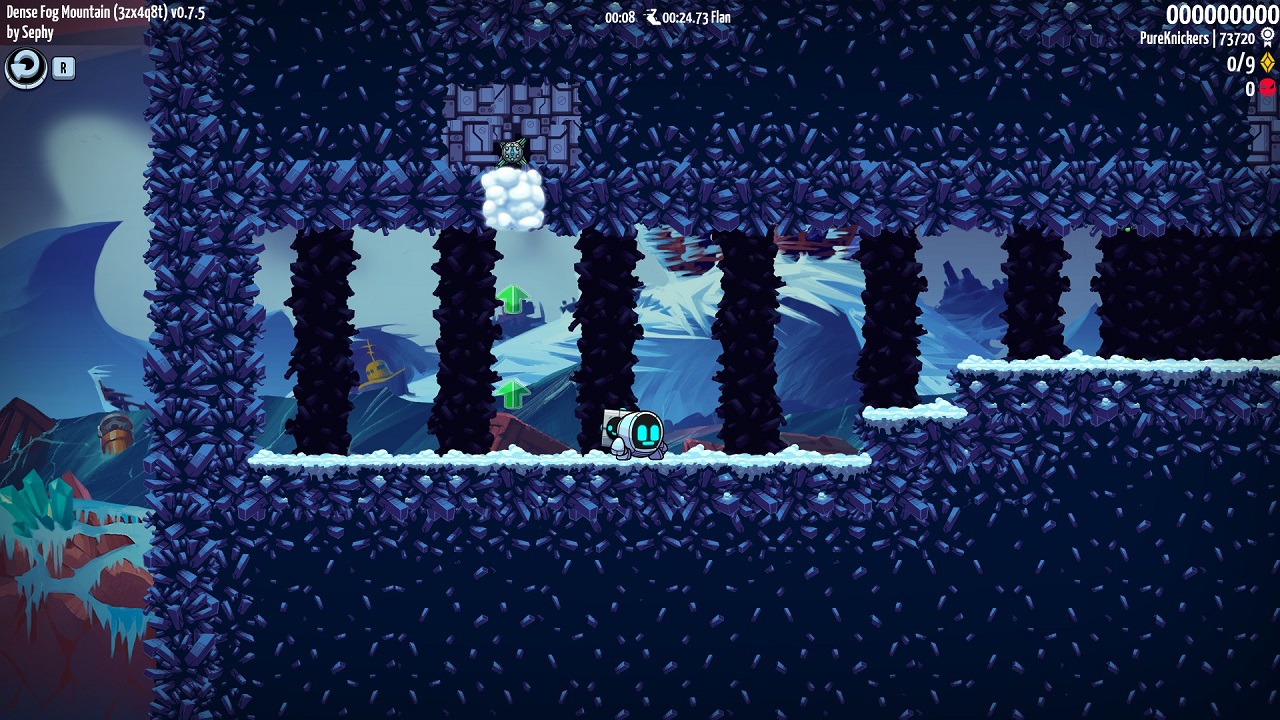 Levelhead opens in a clean and bright jungle setting. Bad guys are basic side-to-side movers, spikes hurt you, doors need keys, things are simple – but they won’t stay that way. Once you complete enough levels to prove that you’ve mastered spikes and clouds, the campaign will start throwing game-changing power-ups at you (the ability to cling to walls, hide from enemies, etc.), which you’ll need once you start hitting hazards your jumping and box-grabbing powers won’t cut it against.

Give it an hour or two and you’ll be out of the jungle and into a desert wasteland, with new hazards, new tools to get by them and a generally new feel to each stage. This transition feels like real progress, and it gives you an idea of the scope of what’s possible with Levelhead’s creation tools.

Speaking of those tools, you’ll unlock more of them through the campaign, either simply by beating certain stages or by meeting certain criteria (each stage contains set numbers of collectibles of various kinds; completing each set available tends to reward something). More than just a cool idea to incentivise playing through all of Butterscotch Shenanigans’ carefully-crafted levels, the way the rewards are distributed ensures that you’ll always get them after you’ve seen them enough to get a good idea of what can be done with them. These were well spaced out, and I never got the impression that I was going through a slog to get anywhere with them. 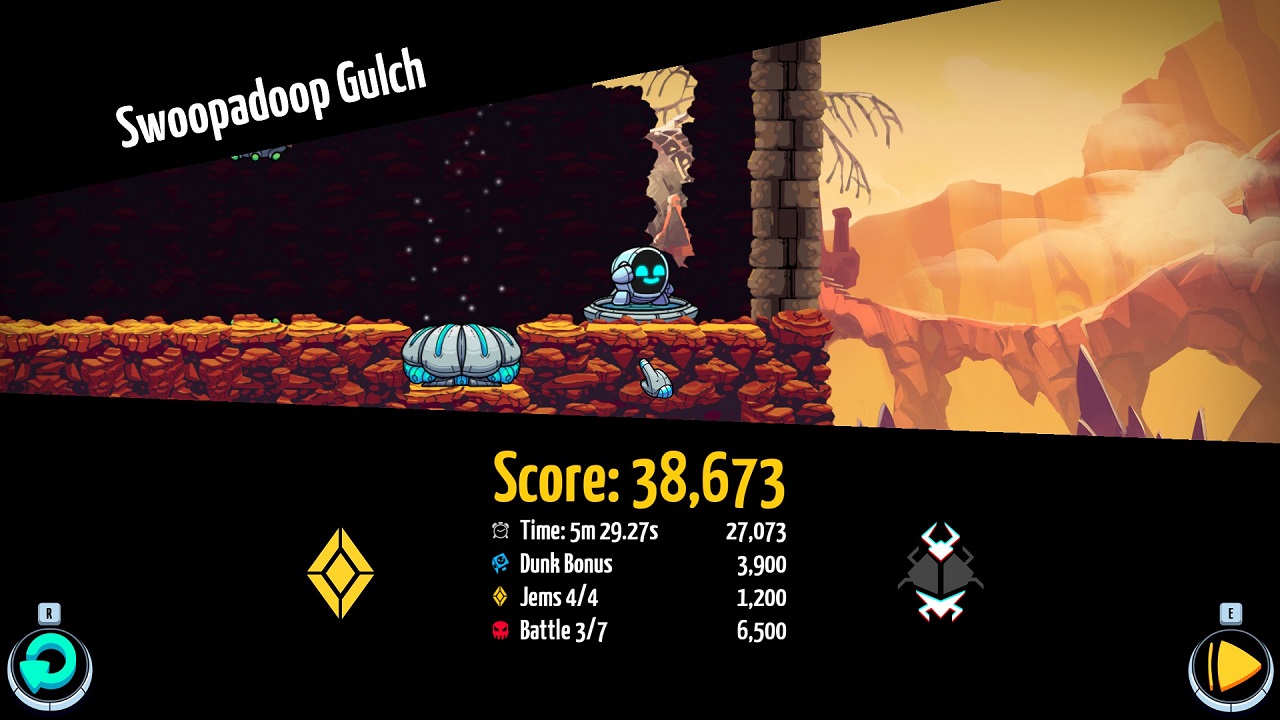 It’s still early days – the game has been out for less than two months – but the community has put together some great stuff with these tools. A particularly memorable (and cruel) custom level I played was built around the idea of constantly needing to progress by hitting switches which triggered Indiana Jones-style boulder chases through spike-lined tunnels. This was nothing like how I had seen these obstacles arranged in the campaign, was infinitely harder than anything I had seen so far, and felt absolutely fantastic to complete (after about 20 minutes of failure).

Despite still being a fair way away from release, these community features are already very well put together and functional. In addition to being able to create and upload your own levels and play others’, there are also community scoreboards already, meaning that if you manage to survive the spike tunnel at the end, you can see just how badly better players beat your best time.

With all of that in mind, I don’t think it’d be right to end this without commenting on Levelhead’s charm, which is absolutely vital in a genre as thoroughly explored as the platformer. What little the campaign has in the way of a story is quite funny and pleasing, the whole thing looks and sounds great, it does a great job of easing the player in and manages to hit that sweet spot of hurting to play but but also making you want to keep going.

Levelhead’s overall outlook is very, very good; it’s a fantastic concept that looks to be coming together quite nicely, it’s got plenty of features to it, and it’s quite easy to recommend to any and all platformer fans.