If a game should be anything, it should be fun and memorable; a singular, yet unique experience for everyone who picks it up. KK Game Studio has achieved this balance wonderfully with its Early Access title, Freeman: Guerrilla Warfare.

Blending the open-world exploration of titles such as Mount and Blade with first-person shooting and real-time tactics makes Freeman: Guerrilla Warfare a must-have for FPS fans looking for more strategic nourishment than most shooters. The aim of the game is simple: conquer every territory on the world map and destroy your enemies’ military forces by defeating them in battle. There’s no rhyme or reason to it, and there’s no story to provide any emotional leverage for your tactical crusades, but it’s just as fun to make one up for yourself.

Freeman: Guerrilla Warfare’s difficulty springs from managing your conquered towns, defending your towns from siege, and maintaining an on-hand force to take into battle. It’s very easy to pick up, but it takes trial and error to take down each military opponent; each one has its own strengths and weaknesses, so you can’t use the same set of tactics for every combat scenario. This variation in enemy AI and strategy enables the player to get a lot more than they might expect out of the game, which is always a plus. 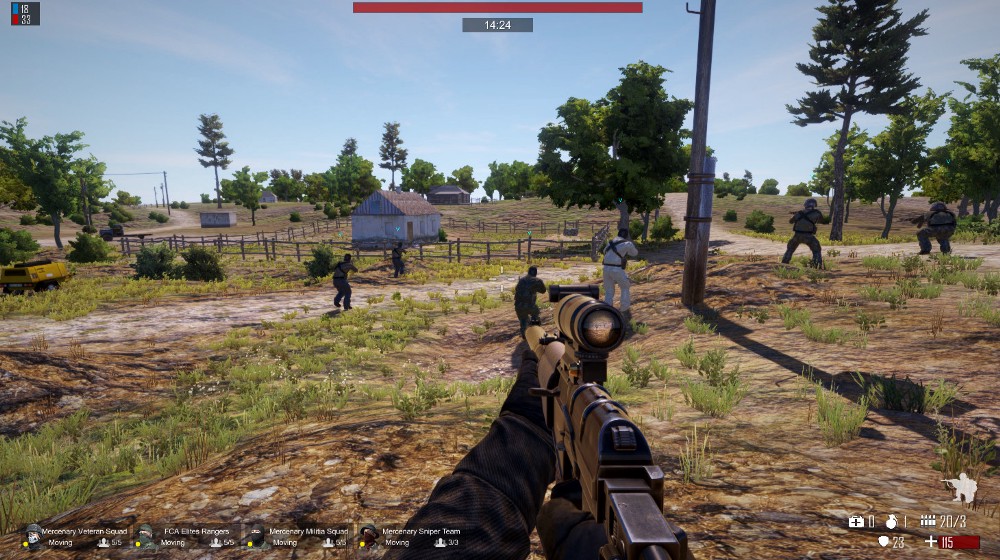 The game’s first-person shooter mechanics are quite basic, but they work. There’s a massive variation of weapons to choose from, with all of your “basic” weapon classes represented, and every weapon available to you feels good to use; finding the perfect weapon for your play style isn’t easy, but it’s damn rewarding when you finally do and even more so when you start racking up the kills. The weapon balance is almost perfect, rendering almost any weapon a viable choice — the exception is grenades, which can explode right next to a group of enemies and deal next-to-no damage. That’s unfortunate, because grenades are fun.

An underrated aspect of combat that Freeman: Guerrilla Warfare absolutely nails is the balance between the player character and the enemy AI. Enemies can deal just as much damage with one shot as the player can, which ensures that firefights are tense and often spent moving between cover and trying to flank the enemy. After all, if you’re killed in action — which is easy enough for the AI to do — it’s more than likely that the soldiers fighting alongside you will fail the engagement.

While the game does feel excellent to control and satisfying to play, it’s let down quite significantly by its graphics. The randomly generated environments do ensure that each battle is a fresh and different experience, but the battlefields themselves are far from pretty, employing very basic assets, colours and shadows that simply don’t make for a particularly appetising aesthetic (though they do make it easier to spot enemies — think PLAYERUNKNOWN’S BATTLEGROUNDS on low settings). Additionally, the game’s simple pop-up menu also doesn’t look too nice, despite being very easy to navigate. It’s quite clear that KK Game Studio was aiming for substance over style when it was working on the game; although Freeman: Guerrilla Warfare represents a job well done in that field, it would have been nice if it was a little bit easier on the eyes. 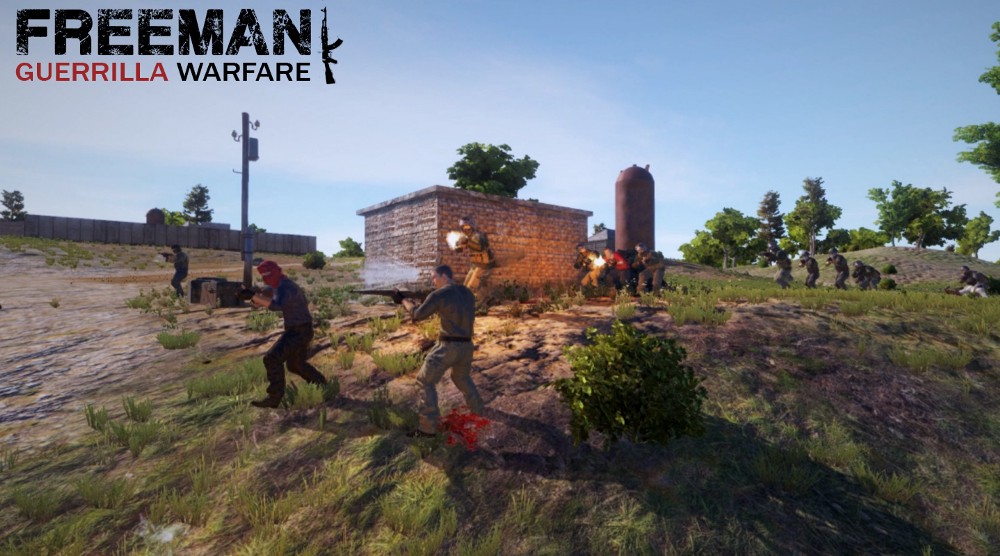 Although it could be seen as a negative depending on your values as a gamer, Freeman: Guerrilla Warfare’s lack of narrative grants it ample opportunities for player choice and plenty of replayability. It’s a game that can be played whenever there is nothing else to do, or on a screen off to the side while you’re doing something else; although it will require some attention, it won’t smother you and force you to play it constantly, which is a great balance to strike.

Ultimately, although it’s still in Early Access, Freeman: Guerrilla Warfare is looking to be a fantastic blend of first-person shooting and real-time strategy that’s sure to appease fans of both genres and provide a good experience whether you’re playing for a few minutes or a few hours. There’s plenty to do and plenty to enjoy, and that’s sure to improve with more updates to come before its official release.