Signs of the Sojourner Review – A Stunning Debut for a Developer, and Possibly a Genre

Los Angeles-based indie team Echodog Games makes its debut with Signs of the Sojourner, and it’s the indie gem I never knew I needed. Put simply, it’s the smartest take on the deck-builder formula that I’ve seen so far, high praise when you consider its competition.

While many fans of the genre are sure to turn to titles like Magic: The Gathering Arena or Slay the Spire for their card-drafting, monster-slaying action, I found myself pleasantly surprised by the innovation on display in Signs of the Sojourner. Rather than having you use your cards to clear a dungeon or attack an opponent’s life points, Signs of the Sojourner asks you to forge meaningful conversations and social interactions in a bleak post-climate change society. Each of your cards has two symbols on it, and you need to match those symbols up with your opponent in order to create a Concordant — or positive — discussion.

It seems like a simple enough concept, but Echodog Games has done a thorough job in fleshing out its concept, with an almost-dizzying array of symbol types and card abilities to play with in addition to a layer of strategy in predicting what your partner-in-speech is going to do next. The concept of cooperating with an “opponent” in order to progress (or not knowing what your “ally” is going to do, if you want to look at it that way) is new to me, but Signs of the Sojourner displays — and maximises — its potential by blending conversation-making into its narrative as a tool rather than a tacked-on feature. 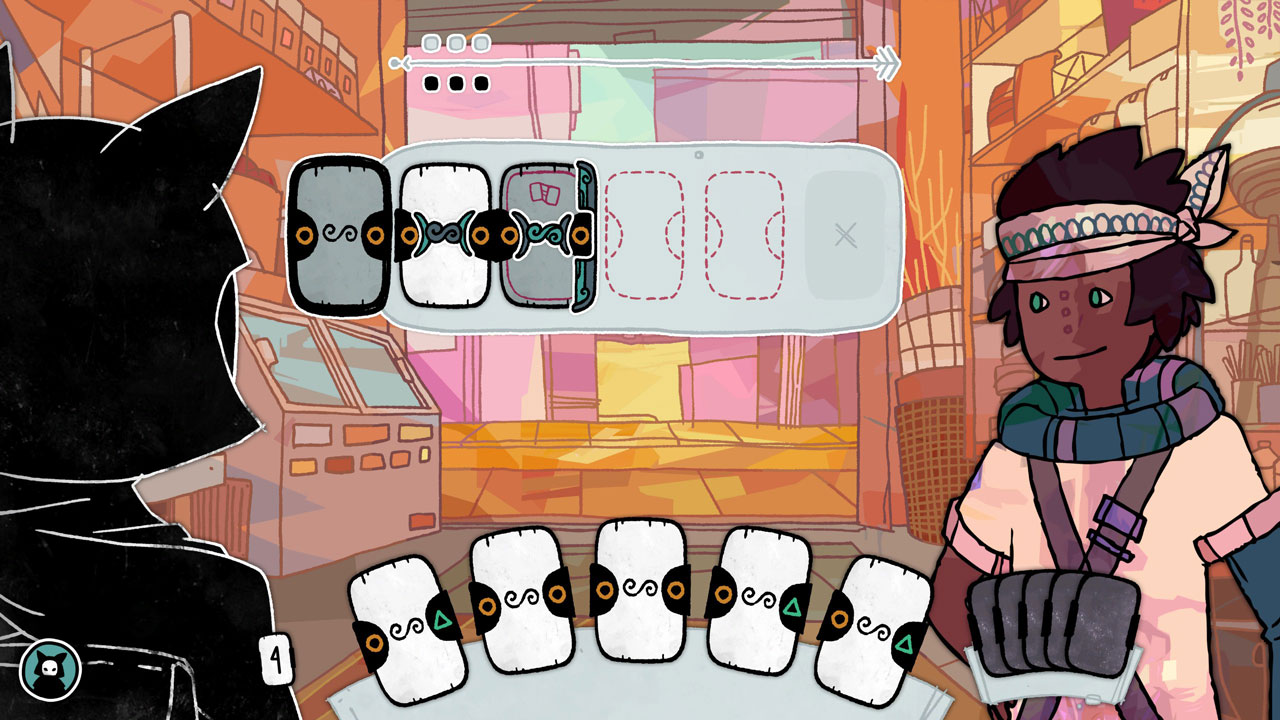 Who knew making friends was this much fun?

Signs of the Sojourner has you making your way across the dying landscape to distant towns in order to acquire stock for the store you’ve inherited from your recently-passed mother. In doing so, you discover a wealth of curious characters and lost secrets, and learn a whole lot more about the world and the kind of person your mother was. You can’t create accord with everyone, though: even if you’re a people-pleaser and try to cater your deck to everyone’s tastes, you might still find yourself coming up frustratingly short when it counts; on the other hand, you may be unable to complete certain objectives or achieve Concord with certain NPCs if you choose to specialise in only a few symbols. That aspect of the game was quite frustrating, but it did win me over into multiple playthroughs so that I could  see everything that I’d missed. Visiting new towns and talking to new characters each time felt like a fresh experience, lending this already stellar title a healthy dose of replayability for good measure.

As the story progresses, Signs of the Sojourner encourages you to take more liberty with your choices; each chapter does have an overarching objective, but you’re more than free to pursue whichever route of travel you see fit. You can use the caravan for the entire route, racking up useless exhaustion cards in your deck, or perhaps take a detour to entertain an NPC’s side mission. That amount of agency can seem overwhelming at first, and it may not always be clear what the best next decision is, but Signs of the Sojourner leaves plenty of room for you to learn. It never made me feel like I was being unfairly or excessively punished for accidentally making Discordant conversation with an important character I needed an item from — there was always a way to work around those mistakes. 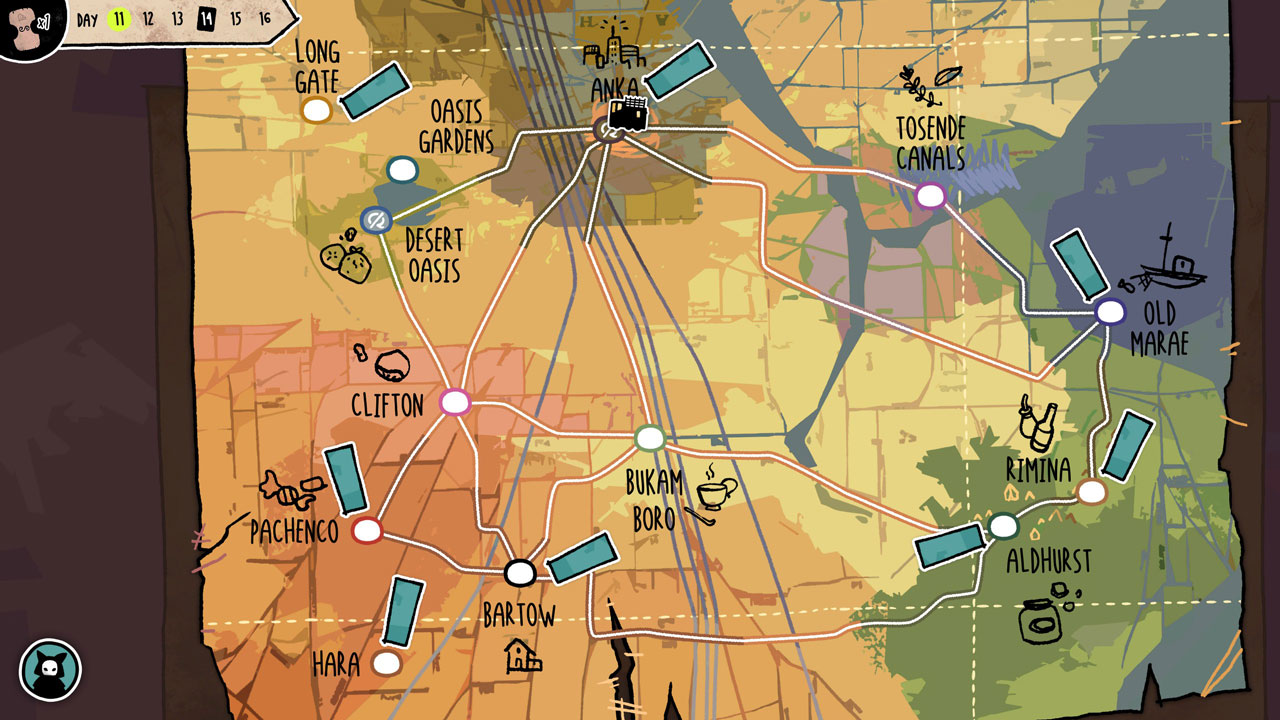 It’s a harsh world, but it’s filled with places to explore and people to meet!

Speaking of important characters, Signs of the Sojourner boasts a total of 33 non-playable characters to talk to, each with their own story, personality, preferred card symbols and whimsical design. Meeting this colourful cast of characters is a pleasure in and of itself, and the level of detail Echodog Games has put into each one makes the world feel lived in. That lived-in feel expands due to the game’s amazing sound design. The soundtrack carries you along from one exotic destination to the next, perfectly complementing each local and the people within, and the punchy sound effects that punctuate your every action are a satisfying addition that complements the game’s overall aesthetic.

Signs of the Sojourner has all the makings of gaming’s next indie darling with its novel concept and brilliantly thought out execution, and if it’s anything to go by I strongly look forward to what Echodog Games brings us next.