Sharing the Spotlight: How E3 is Changing in 2019

First of all, Sony won’t be at the annual conference for the first time in E3’s history. It won’t be holding an end-of-year PlayStation Experience this year, either (for the second year in a row).

Nintendo also won’t be there, though this isn’t a surprise. The Big N hasn’t had a live keynote since 2013 when it started airing its pre-recorded Directs. It’s become a watershed decision for Nintendo after the Wii and 3DS’s success, letting the Japanese giant focus on its dedicated fanbase with endearing, celebratory live-streams both during E3 season and throughout the rest of the year. It’s helped the company stand out further from Microsoft and Sony’s central rivalry, too.

Then they both go and do something very similar right before E3 kicks off. 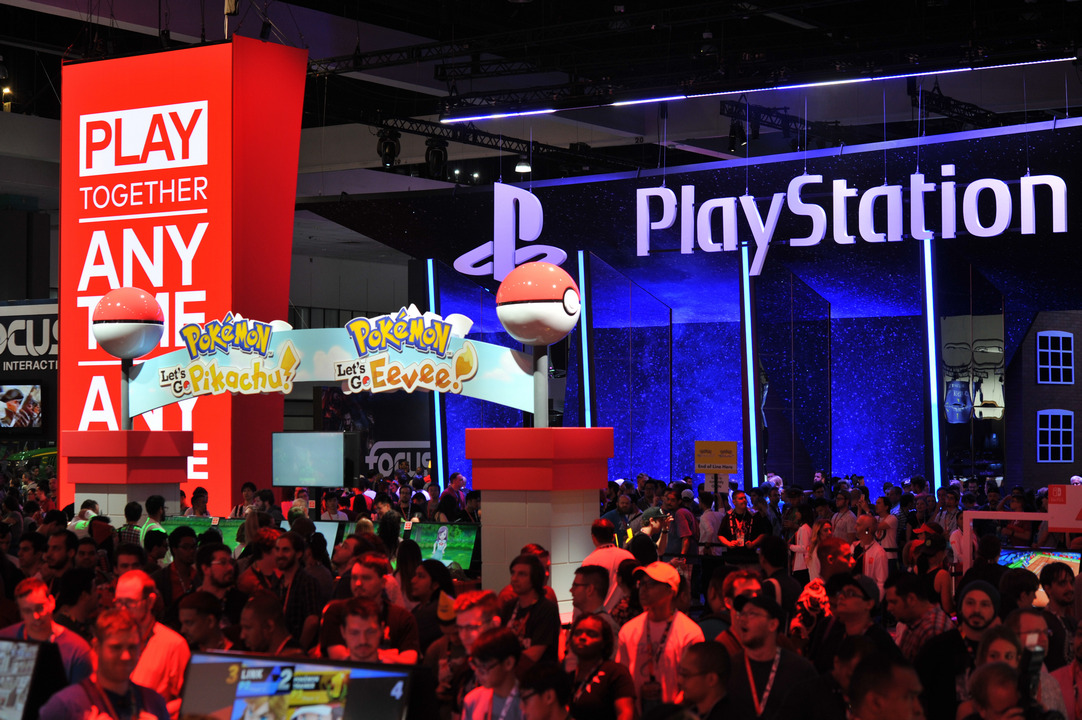 On May 30, Sony launched an 8-minute trailer for Hideo Kojima’s upcoming Death Stranding. It gave the highly anticipated title a release date and – finally – some concrete gameplay. With barely any marketing or build-up, Death Stranding’s gameplay reveal was as effective as Sony could’ve hoped for and garnered two million views in six hours.

On June 5, Nintendo and Game Freak released a Direct for Pokémon Sword and Shield, and just like every other time they’ve done this, it caught the internet’s attention for a solid day or so (a rare feat).

They weren’t the only publishers to do this, with announcements bubbling up regularly during the weeks leading up to the conference, but Sony and Nintendo stand out as two of the three console developers. Right before E3, both chose times to carve out their own ‘moments’ before the big show. Instead of sharing the E3 spotlight, they found their own. They took advantage of the excited seasonal atmosphere of E3, sure, but what Nintendo realised in 2013 and Sony this year is that the all-powerful Electronic Entertainment Expo has lost much of its impact and draw.

They aren’t the only ones. EA, announced to significantly less interest, is doing the same and skipping the press conference for a series of gameplay-focused livestreams instead. As they’ve done the last few years, the company is holding its EA Play conference at the Hollywood Palladium, right before E3 proper kicks off at the Los Angeles Convention Center.

Small 16-person publisher Devolver Digital is about to hold its third E3 anti-conference on June 10, too, which is as bizarre now as it would have sounded a decade ago. Devolver shares the spotlight with the biggest publishers but has, in keeping with its attitude as a company, found its niche. It leverages the season in its own way with giant Adult Swim-style skits that take the piss out of the formulaic buzzword-centric, stockholder-friendly keynotes that other publishers trot out year after year. Devolver transforms its own presence into a joke at the expense of E3 itself. 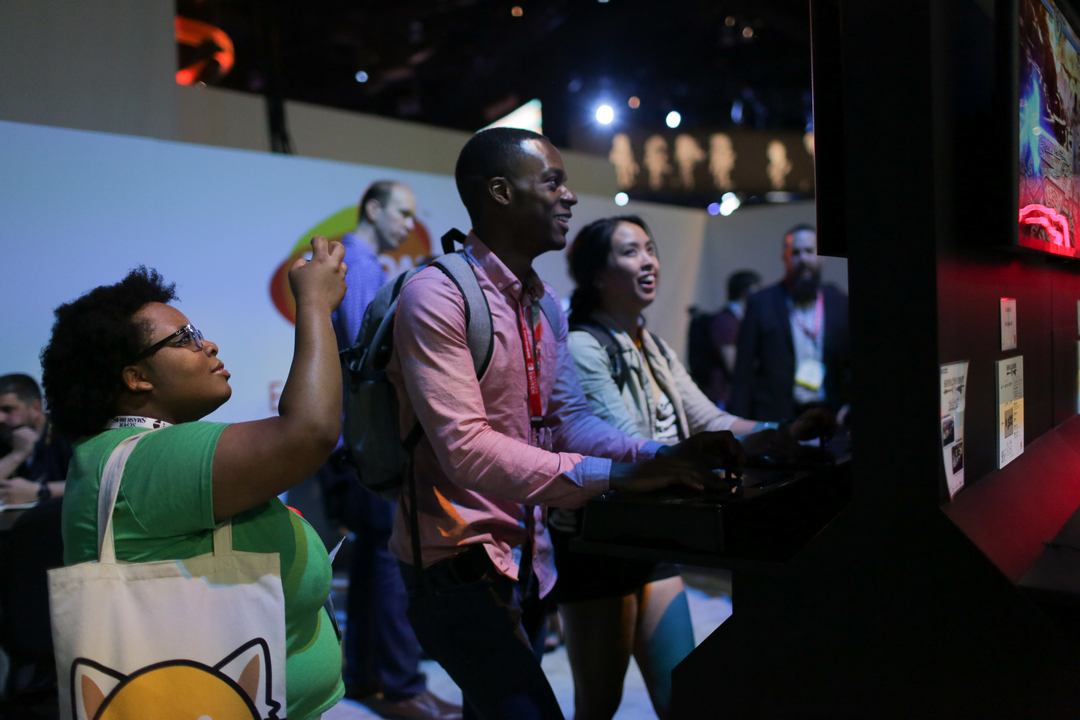 That’s to say nothing of the leaks, which continues to flood the decks of the SS E3 more each year. It’s an inevitability but the sheer extent of it is just comical – and almost all-consuming. Outlets and individuals are rushing to spoil the most compelling surprises saved for the keynotes, whether it’s intentional or by accident (the latter happening all over the place in 2019).

Here’s the part where I list what’s been leaked (or otherwise heavily rumoured) so far, current at the time of writing:

This isn’t about losing the shock reveals, though – it’s about E3’s waning importance and impact.

As a trade fair, E3 is as much a competition as it is a “celebration” (though the latter has never really been true). It’s the time of year when every major force in gaming comes out swinging, a King of the Hill match against Everyone Else, competing to keep as much of the spotlight on themselves for as long as they can. It’s where games are explicitly awarded for doing this and where every outlet – including this one, dear reader – rushes to place these new products atop several pedestals.

As a show that’s at least partly defined by its “impact” on the gaming world, companies rely on secrecy right up until their intended reveal for the sake of this – but it’s clearly becoming harder and harder to keep things under wraps. While some of these leaks are more likely to whet the appetite than truly “spoil” anything (like the one for Square Enix’s Avengers title, most of which we’d already figured out from job listings), the explosive nature of E3 is nevertheless undermined. 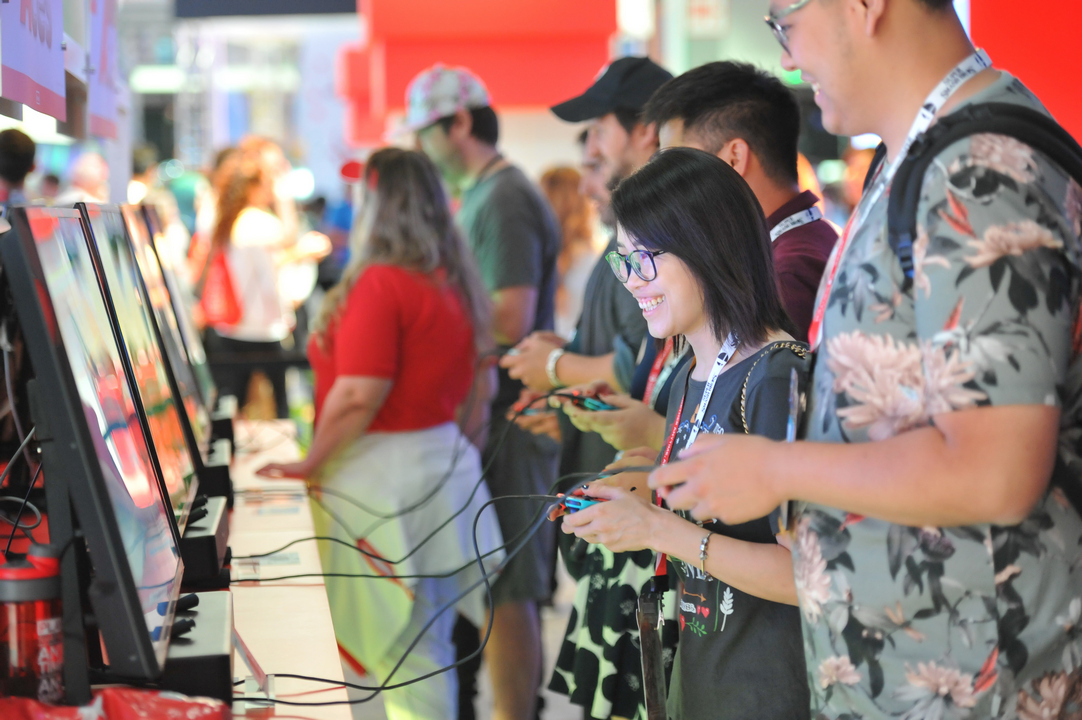 2019 represents a changing attitude towards E3 as an event, publishers more than anyone else. It’s losing the sense of competition that defined previous shows, especially when we have an increasingly solid idea of what we’ll be seeing beforehand.

Sony will absolutely be back in the lead-up to its next console and it’s not like Nintendo’s left the conference out in the cold (it does have playable games on the show floor). As surprise becomes a valuable commodity in a crowded market, though, companies are drifting away from the event itself, if not from the “season” the conference now represents (“the Gaming Christmas” is still an apt label). There’s always someone bound to get caught under the stampede of reveals, and when first impressions matter more than ever for large triple-A productions, it’s becoming too big a risk for too little a reward.

Publishers are aware of the increasing omniscience of online audiences who spread news and excitement like wildfire all by themselves. Why play espionage for a conference reveal when a shadow-dropped trailer can have the same effect, if not more? Audiences are already paying attention, so why bother?

Why compete for a place on the E3 stage when all you need is a spotlight of your own?

I find leaks to be incredibly unfair to the developers, publishers and companies that put good money into being on the show floor or holding a keynote, and they’re a huge part of the reason why I think companies are pulling out of E3 – what’s the point in being there if all your announcements are just going to get leaked ahead of time, thus rendering your keynote underwhelming? Really sucks.

Interesting read John! I’m finding myself less and less excited for E3 each year, especially as I’ve become more internet-savvy. What used to be fun speculation about what would be shown has become simple arguing about who does E3 “right” or “better” than others. I like the more consistent focus on just showing games though, it makes the entire thing more enjoyable for me personally

[…] of all, Microsoft succeeded in keeping the show positive, upbeat and laid back. We already knew of a few announcements ahead of time – namely the Borderlands 2 DLC, FROM Software’s Elden Ring, Game Pass for PC’s imminent […]

[…] year, another Gaming Christmas™. Among a flurry of leaks and external announcements, the Electronic Entertainment Expo has descended upon Los Angeles for […]