Destiny 2: Season of the Chosen Impressions — Now THIS is War

The Cabal are back, a fleet looms in the sky and challenges abound, so here’s a quick dive into everything Destiny 2’s Season of the Chosen has greeted Guardians with so far.

Empress Caiatl – daughter of Calus – is calling the scattered Cabal forces to join her army in a war against the Hive and the lingering threat of the Pyramids. To strengthen her position, Caiatl offered Commander Zavala a seat on her War Council… so long as he bowed down to her authority. Naturally, the blue boss took issue with this, and now we’re on a mission to knock out any would-be Commanders of Caiatl before she solidifies her presence in the system.

As far as first impressions go, Season of the Chosen is off to a flying start. Content, loot and dynamic story engagement with both explicit and passive reward structures have built a far more engaging gameplay loop than Season of the Hunt offered. 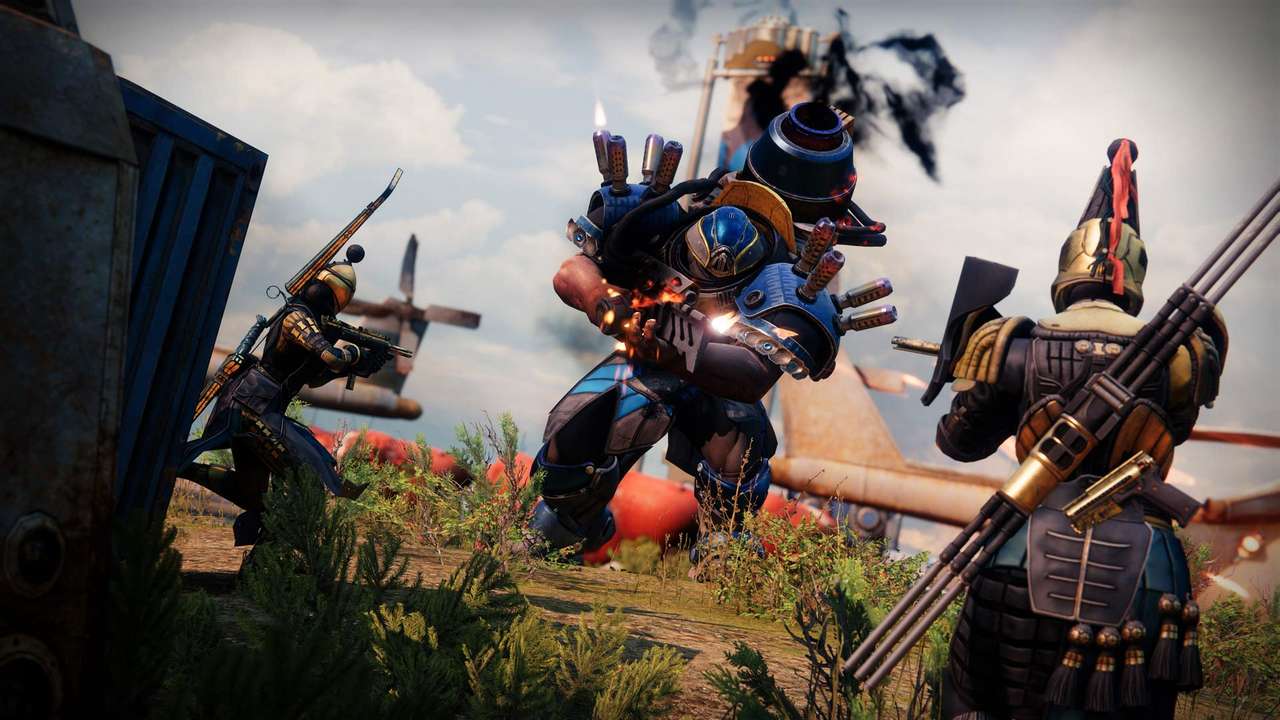 A new matchmade activity called Battlegrounds is the main gameplay addition this season. Accessible through a new playlist in the Vanguard mission window — and kept fresh with new arenas on a weekly basis — Battlegrounds sees players team up with two other players to tackle hordes of Cabal on either Nessus, Europa or the Cosmodrome.

Battlegrounds run largely as glorified strikes co-ordinated by some of the Destiny-verse’s lesser-known NPCs. Caiatl, Crow, Osiris, Amanda Holliday and out-of-the-woodwork Iron Lord Saladin all provide commentary during activities. Saladin seems particularly pissed about the Cabal and seems to be slaying enemies in droves – off-screen of course – as a one-man army whenever we’re not around. In other words, these commentaries highlight that this threat is commanding focus even when our Guardian is bumming around the Crucible.

Enemy density is a buzzword among the forums as the Battlegrounds have really upped the sheer number of baddies that come at you in waves. Despite being three years after the fact, these activities feel more like a war than Year One’s Red War campaign did.

Similar to previous seasons, there are passive upgrade trees that compliment Seasonal and Battleground activities to better reward the player the more they play. This season, the focus is on a Cabal Hammer that lets you literally smash open chests at the end of a Battleground for seasonal rewards. Fingers crossed we’ll be able to use this feature as an actual weapon at some point in the future, perhaps in a similar fashion to Rise of Iron’s Battle Axe. 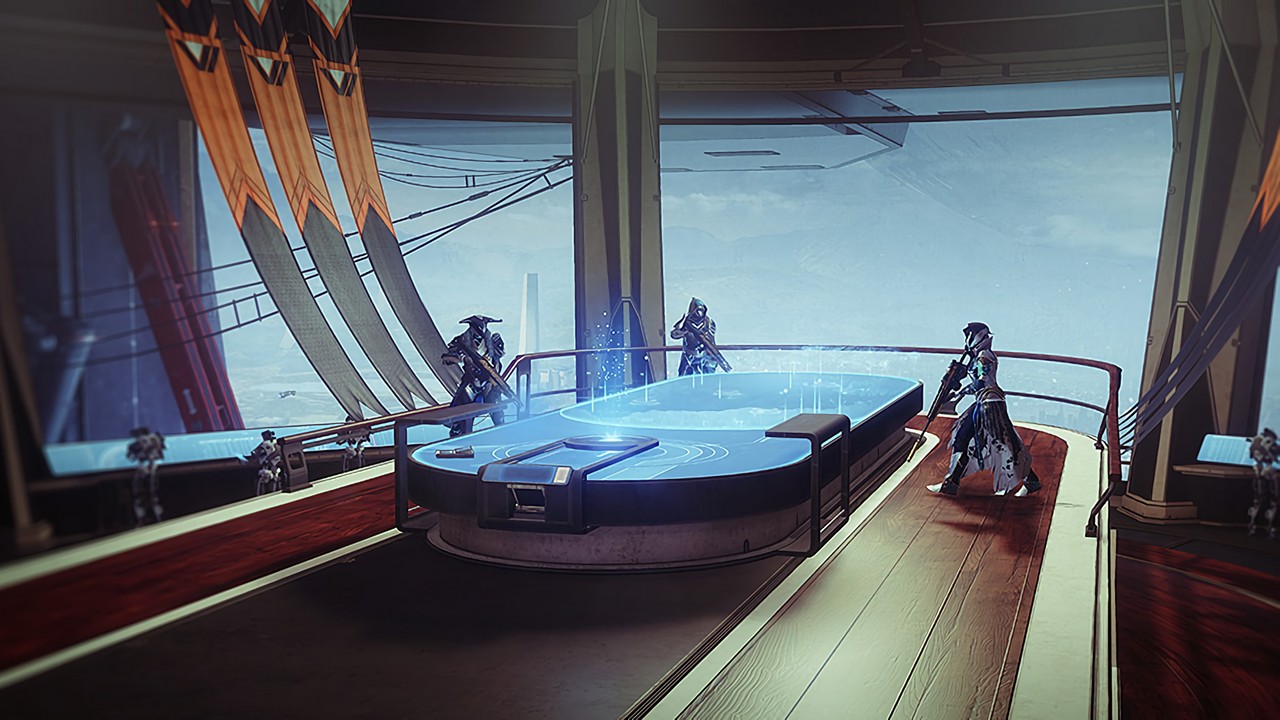 Welcome to the Hub for Emergency Logistics and Manoeuvres

The Hub for Emergency Logistics and Manoeuvres, or H.E.L.M., is a new mission area that not only brings back the Umbral Decoder and Prismatic Recaster from Season of Arrivals (read more about them in the Arrivals review), but serves as a new staging area to interact with characters via recordings, holograms or direct engagement.

Already serving as an excellent space to collect your bearings before tackling the Darkness, it is clear that the H.E.L.M. will be used as a key narrative device for upcoming content and, hopefully, have a shooting range added one day.

Sweet mother of foundries! Good, chaseable loot has returned to Destiny 2 and breathed new life into ritual activities. Playlist Strikes, Gambit, Crucible and Nightfall: The Ordeal have all had unique and exclusive weapons added to their reward pools, in addition to the Season of the Chosen weapon and armour sets that players can acquire through the Season Pass or Battleground activities.

New perks and buffs to weapon types have finally given rocket launchers their due as primary DPS weapons and SMGs no longer make you vomit uncontrollably from screen shake if you play on console. Coupled with the beauty of the Umbral Decoder system to refine and chase loot drops, Season of the Chosen is already more rewarding for the player.

Trials of Osiris finally got a new armour set — that wasn’t a reskin of the original Destiny’s — and three new weapons; it’s just too bad that all the LFG sites were full of players looking to throw ten consecutive matches in order to get a new weapon, rather than engaging in the heinously sweaty and toxic activity according to Bungie’s design. 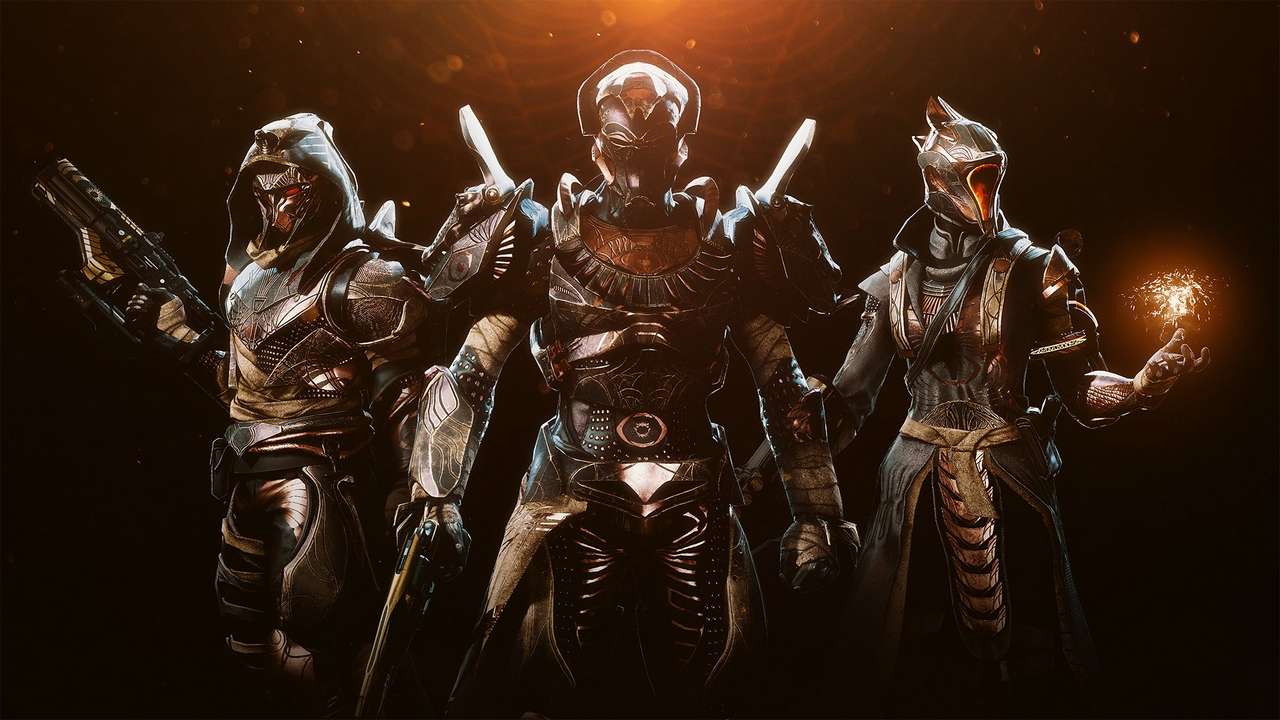 Armour sexy enough to throw for.

Bungie did announce that it was planning to cycle two Strikes from the first game, Devil’s Lair and Fallen S.A.B.E.R., out of the Destiny Content Vault, but Fallen S.A.B.E.R. has vanished entirely. Bungie also notified the community that it’s no longer planning to upgrade the Cosmodrome to parity with the original Destiny; instead, the team will be laser-focused on producing fresh, new content for Destiny 2.

Weekly bounties (that held the same objectives for over two years) have finally been retired in favour of dynamic Weekly Challenges. Each set of Challenges unlocks upon weekly reset and, in a glorious assault against FOMO, players can complete them after the week in which they were featured — allowing players to miss any given week and come back later to catch up. Challenges can award things like in-game currency, EXP and Seasonal unlocks, so they’re well and truly worth playing through.

Aside from the new playable content, Bungie has refreshed the Mission Director with a sleek new playlist interface for the Season of the Chosen and tidied up Vendor screens for easier interaction. The studio has also updated the skybox, with Cabal warships bearing down on planets across the system, waving Caiatl’s banners behind them.

Oh, and Bungie also updated all of the Stasis subclasses with new Aspect and Fragment selections to better customise playstyles, showing an ongoing attention to evolving Super abilities beyond simply releasing them and forgetting about them. One of Season of the Chosen’s more stunning successes has been the release of the Presage exotic quest that sends our Guardians to explore the Glykon, a desolate Cabal freighter infested with Darkness. Much like Season of the Hunt’s Harbinger quest, the Glykon seems to be set up to evolve experiences and add content as the season continues. While I could gush for hours on how the Glykon gives Dead Space’s Ishimura a run for spookiest ship, I’ll save it for the season review to ensure that I can better dive into every secret.

So much content is already on the table and Season of the Chosen has only just begun. Even better, the content roadmap still remains delightfully bloated for the remainder of the season: players can still look forward to a brand-new strike called Proving Grounds, the Iron Banner, Guardian Games and whatever new nightmares the Glykon is hiding.

If Season of the Chosen can keep up the momentum – and the rewards – then Bungie might have finally righted ship and delivered a seasonal model worth sticking around for.

Tom reviewed Destiny 2: Season of the Chosen using a digital Xbox One license.