The good, the bad, and the upcoming

2020 really has been a year for the history books. It seemed like more people than ever turned to gaming as an escape, and happily many developers delivered excellent content this year. My picks below reflect the games that have made an impact on me in 2021, and a hope for more great titles in 2021.

My game of the year: Death Stranding

Okay, hear me out. I know that Death Stranding originally released as a PlayStation 4 exclusive in 2019, but that was right near the end of that year, and then the whole 2020 thing happened. Making its PC debut in July 2020, right in the thick of the COVID-19 pandemic, Death Stranding went from a strange dystopian fantasy to worryingly relatable in a very short time. It’s a game about a world where humanity is separated into clusters, for their own safety. Many people have become averse to touch, and cities impose stringent security measures on entry and exit in order to protect their inhabitants. Sure, 2020 didn’t have ghostly, void-causing BTs floating around (and here’s hoping 2021 doesn’t have that in store either) but there was a kind of a dark irony in going outside for a daily allotted and socially-distanced walk and then coming back home to play a game where walking around avoiding people is the primary goal. For those who are essential workers, there was something even more prophetic about it – turns out in 2020 our postal workers really were risking their health and safety every day by venturing out into the world to lug around our online shopping.

The game also focuses a lot on the idea of connection across great distances – it’s not hard to see how holograms translate in 2020 to video conferencing tools like Zoom – and what it means for human survival when the world around us suddenly becomes riddled with a dangerous entity that we can’t even see. It’s all spookily cognisant of the year from Hell.

Opinion is generally divided on Death Stranding as a video game. Hideo Kojima is well known for inventing complicated – sometimes baffling – plots and characters, and there are many who were disappointed with the lack of espionage and gunplay as seen in the Metal Gear series. I don’t mean for this to be a morbid choice, but in terms of summing up the mood of 2020, Death Stranding hit it unexpectedly on the head.

There’s not a lot to say about Hades that other writers haven’t already covered, or wasn’t previously mentioned in my earlier review. Now with over 100 hours on the game, I’m still finding new conversations, upgrades and plot development to delight in. I find myself recommending it regularly to other gamers. Most tellingly, though, it’s a game I know I’ll still be thinking about long after I’ve finished it. Supergiant has knocked it out of the park with their action rogue-like, and I can’t wait to see what the studio works on next. 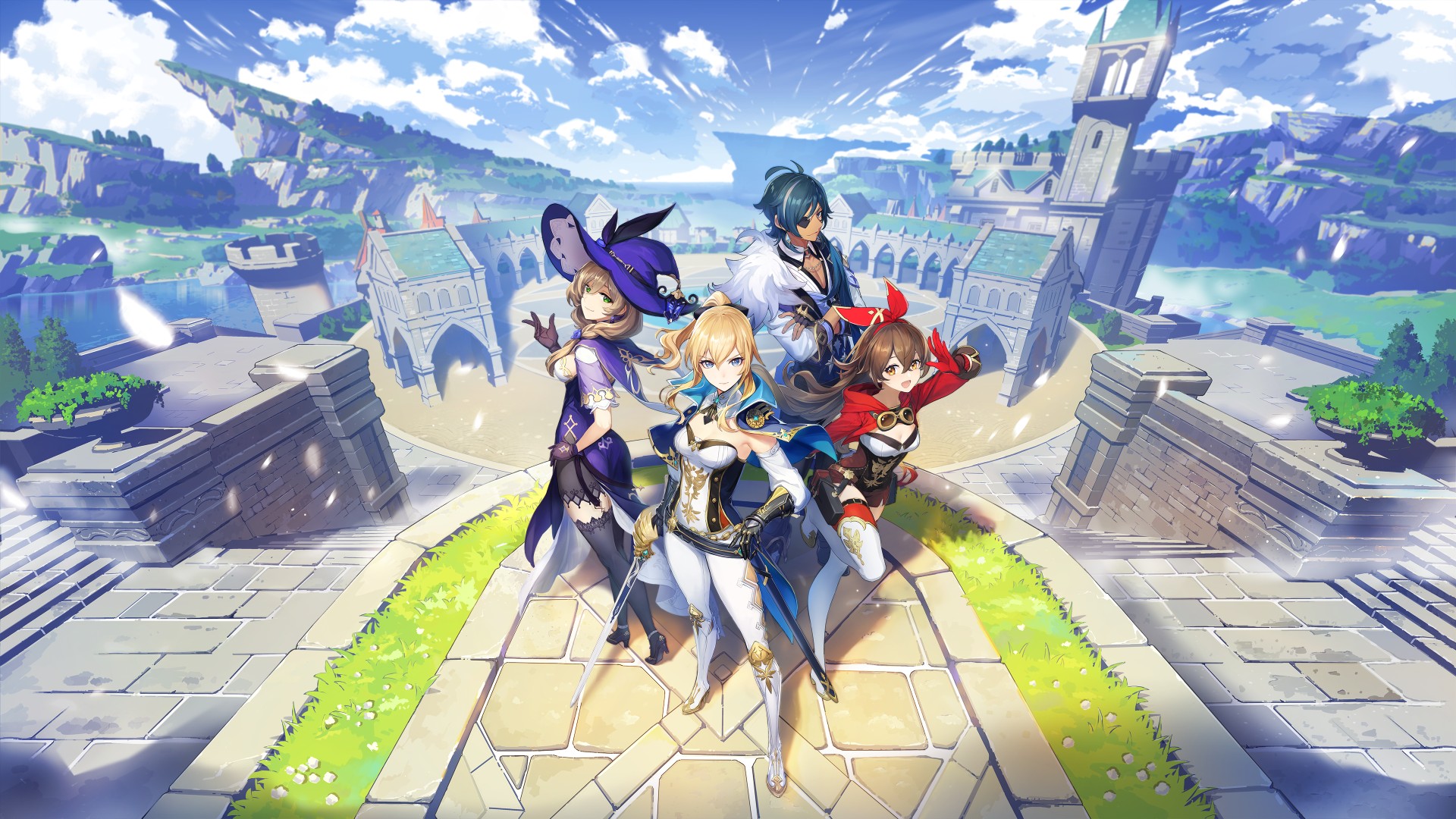 For a free-to-play game, Genshin Impact delivers a surprisingly well-conceived world, engaging combat mechanics and a decent – if not generic – story. While pulling its environmental art straight from the Breath of the Wild playbook, Genshin Impact weaves more of an anime influence into its character design than its Hylian predecessor. The combat is based around a party mechanic, where you can fill up to four slots with different characters. Each has a unique weapon type and elemental affinity, and rapidly switching between them to create elemental reactions is the best way to win fights quickly and cleanly. It’s a system that works really well, encouraging you to build and utilise multiple characters rather than just over-leveling your main, and there’s a pleasant sense of satisfaction when you pull off a good combo. The game is also crammed with missions, side-quests, collectathons and more. There’s more than enough content to keep you busy for a long while, with the promise of ongoing development to unlock new regions of the map.

One of the ways Genshin Impact varies from what we in the west might call a “traditional” RPG is the gacha mechanic. Essentially virtual gambling, gacha is the primary way to get new characters and special items. It’s designed to make money, since spending a little cash will get you more gamble chances faster than simply grinding through the game. Some criticise it as a “pay to win” mechanic, but even if you don’t want to open your wallet, Genshin Impact offers an impressive and enjoyable experience with what you can get for free.

As a kid I was lucky enough to have a decent collection of computer games to fire up on my Mum’s chunky Gateway laptop, and probably the most played of them were The Settlers 3 and 4. Playing similarly to a simplified Age of Empires, The Settlers involves commanding one of three races in a bid to both establish successful working colonies where everyone is happy and healthy, and to build enough military power to unceremoniously crush those who dare oppose you.

Nostalgia is a powerful thing, so you can understand why I was thrilled to hear in 2018 that after many years, The Settlers was making a comeback (there were Settlers games 5, 6 and 7, but we don’t speak about those). Development was looking good, with a lot of screenshots and updates shared online by the dev team, and a pre-alpha trailer released in 2019. The game was slated for release in 2019, then moved to 2020… And now, sadly, it seems to have hit a wall. In July pre-orders were refunded, and the team provided a message that while they’re working hard to make the game exceptional, it has been postponed indefinitely.

Game development is a convoluted and rarely linear thing. I just hope that 2021 brings us more good Settlers news.

In the immortal words of American Idol judge Simon Cowell, “it’s gonna be a no from me.” 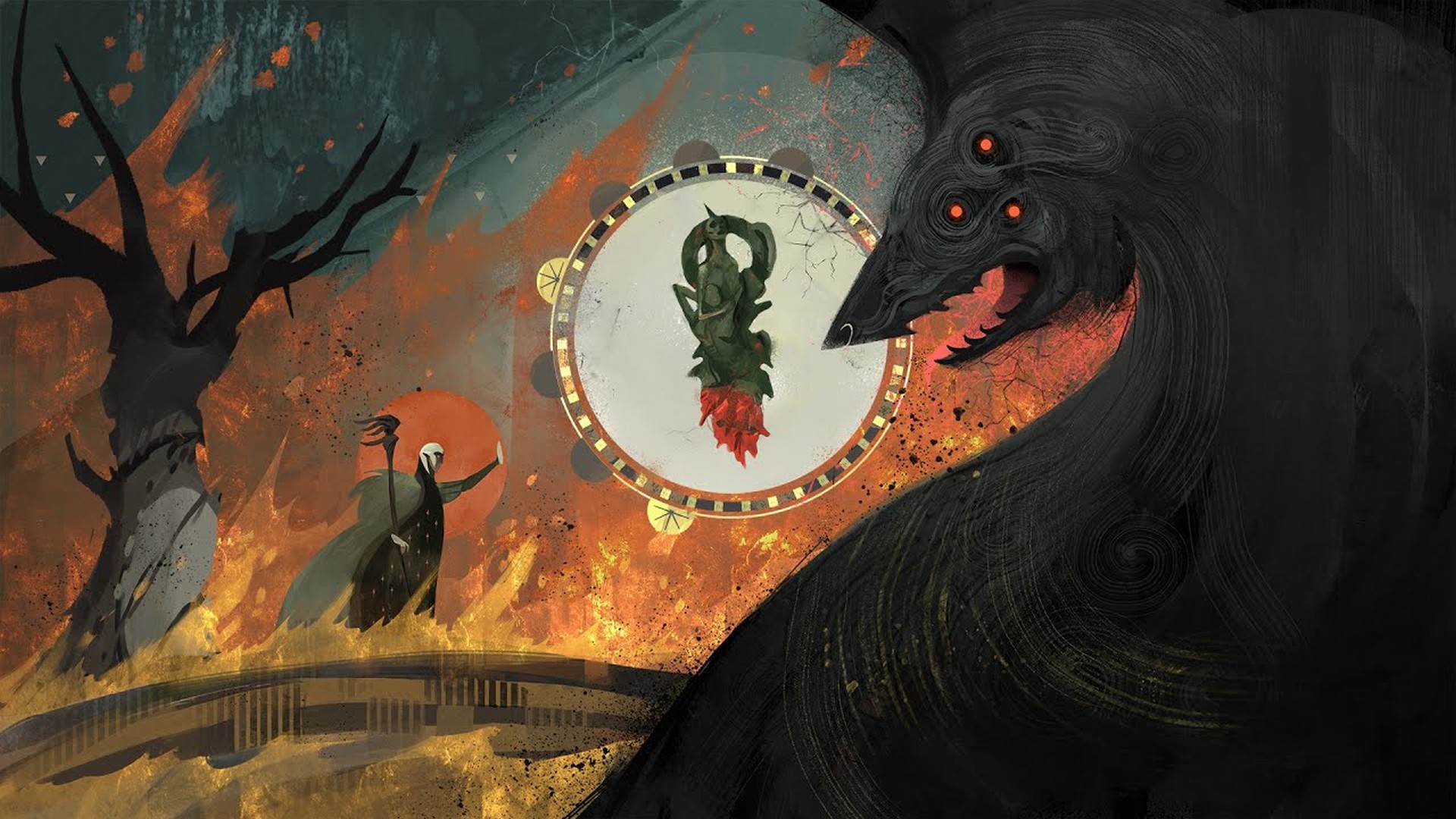 Dragon Age fans recently managed to get a brief peek at the upcoming fourth series instalment at the 2020 Game Awards with a new cinematic trailer. It seems our trusted Dwarf friend Varric returns yet again as narrator, and everyone’s favourite love-to-hate elf Solus is back too. There’s also been glimpses of behind-the-scenes concept art floating around, suggesting that this time the adventure might be taking us to the long-teased Tevinter Imperium. It’s unlikely that Dragon Age 4 will drop in 2021, but there’s good reason to believe BioWare will keep sharing precious nuggets of beta images and plot teasers to keep us going.

I’ll admit, it’s been a fair while since I fired up Overwatch for a bit of PvP chaos, but it can’t be denied that it’s still a global phenomenon, with Blizzard reporting in October that over 10 million people are playing monthly, and the 2020 Grand Final between San Francisco Shock and Seoul Dynasty becoming the most watched Overwatch League match in history. When Overwatch 2 was announced, confusion abounded. Would this be a single player experience? Would skins and other cosmetics carry across games? Would Blizzard finally give us the Zenyatta cinematic we crave? There’s still plenty of questions, but hopefully 2021 will be the year for answers.

Developed by Tango Gameworks and published by Bethesda, Ghostwire:Tokyo is an upcoming first-person action game that looks to combine elements of Japanese mythology and urban legends with face-paced combat and no small amount of spooks. The gameplay trailer looks slick and exciting, and hopefully there will be an accurate open-world map of Tokyo to explore. Now, personally I’m a huge coward when it comes to even slightly scary video games, so I probably won’t be playing this myself, but I’m looking forward to watching some Let’s Plays and Twitch streams… During the day. With the lights on.