Overwhelming at first, the farming sim is a relaxing pet project

When I bought Stardew Valley for my Switch early last year, I knew almost nothing about it. All I knew was that it had farming and romance stuff, and that it was meant to be very good. I also hoped it would scratch that Animal Crossing itch, and so I bought it – but it didn’t take.

Jump ahead a year later where I’m ten days into Fall and I’ve spent 20 hours on the game over three days. I’m hooked. 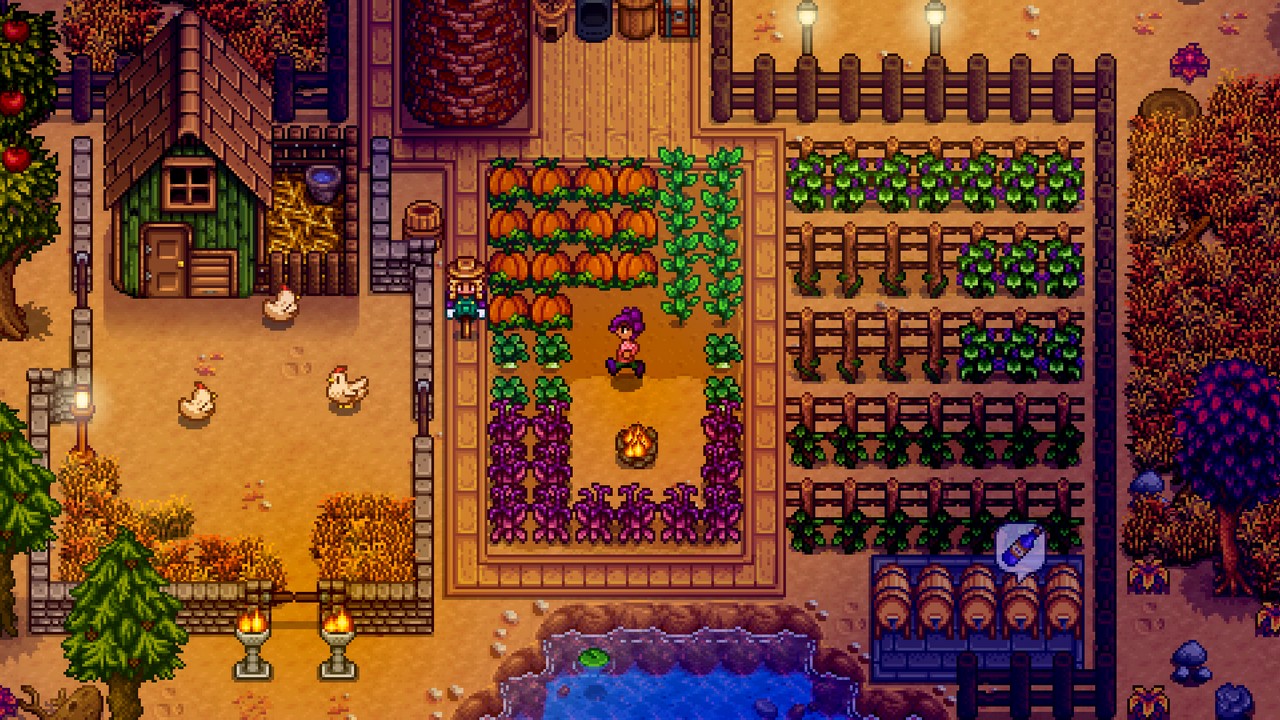 It took me a little while to figure out why it clicked now and not then, but I think I’ve figured it out.

When I played Stardew Valley originally and wanted something laid-back like Animal Crossing, I found myself playing as if I was competing against the game. As in, like most other games where you try to “beat” the game itself, whether it’s the enemy AI or the encounter design. It was overwhelming; since the passage of time plays a central role in Stardew Valley, where the player only has so much time per day and only so many days per season, it felt like I was “losing” at Stardew Valley as soon as I started.

I could tell that I was making mistakes that cost me resources and time. It felt like my farm was already destined to die, like I would eventually watch my little farmer set her family farm ablaze just so the bank couldn’t get it, laughing as she felt the heat against her face.

Starting fresh with a new farm about a year later – I’m not sure why I did, I think I was just bored – I’ve realised that my hopes for an Animal Crossing-like experience weren’t too far off.

Similar to Animal Crossing, Stardew Valley is about letting the player progress at their own pace inside its own active, buzzing world. It’s a game where my growth is limited by time played more than anything else. Even though I have to keep tabs on the time of day and month, I’ll always be growing and moving forward as long as I’m playing. Making enough money to improve and upgrade my gear and farm is easy as long as I pay attention and keep on top of things. Even if I wasn’t able to do something during Summer that I could only do during Summer, it isn’t a big deal – not just because there’s plenty of ways to progress otherwise, but because the game will eventually loop back to Summer anyway. 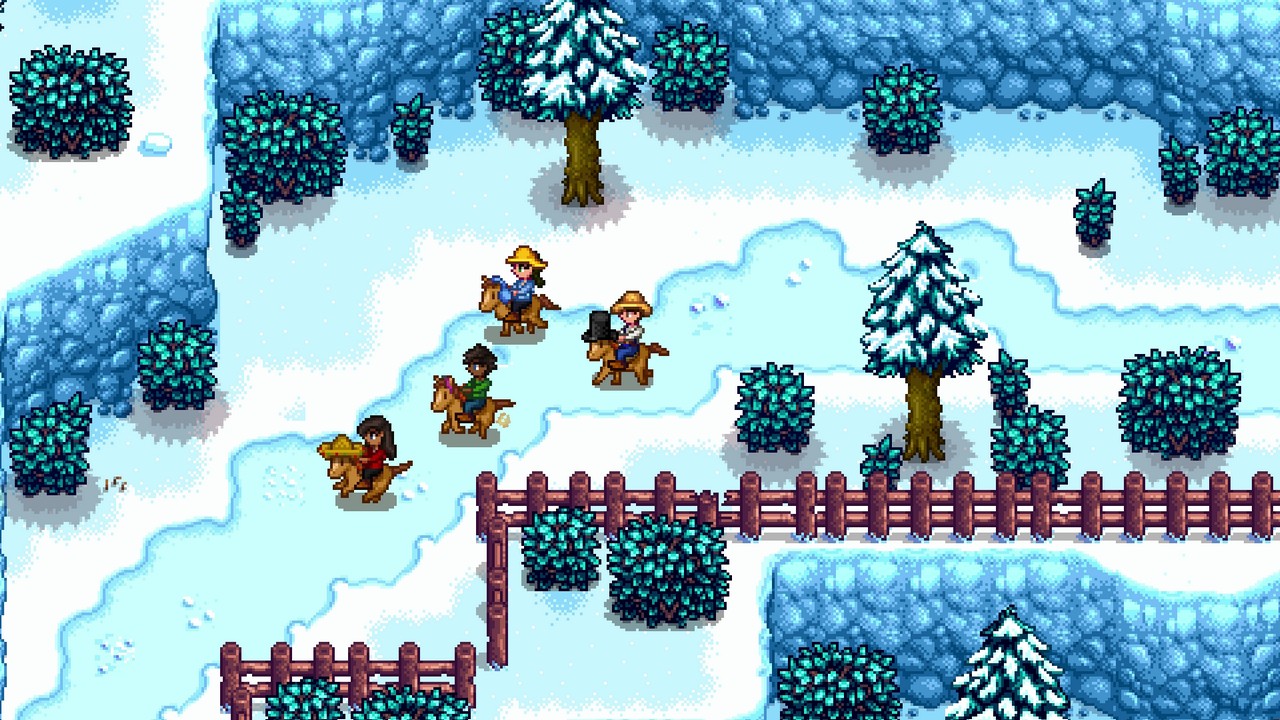 Recently, I’ve been setting up my Fall crops – mostly corn, with cranberries, pumpkins, grapes and sunflowers – and putting a chunk of time and energy each day into gathering and watering them all (I haven’t got a sprinkler system set up yet). I’ve been fishing a lot more lately, I’m at level 95 of the mine, I’ve upgraded my Pick into a gold version and my iron watering can is at the blacksmith while it’s raining. I just dumped a ton of gems and other junk at the museum and I’m about halfway through the Community Centre bundles.

Next up, I need to chop down a whole lot of trees around my farm to get enough wood to upgrade my house, and then deal with all my chests and organise them all in a way that makes more sense than just dumping stuff into whichever one has room. The rest of my farm is still overrun with weeds, so I should probably start on that as well.

It’s starting to feel like I’m running out of the more obvious things to work towards, but it’s also obvious that there’s a lot I can choose to work towards over time. There’s a livestock system and I have no idea how it works – I bought a couple of chickens last month, they got grumpy, I didn’t know how to feed them, I sold them, and now I’m stuck with an empty chicken coop. I also realised that it’s possible to aim for a full fruit tree orchard, which sort of blew my mind; it doesn’t sound like a big deal but it made me realise that there are honest-to-goodness builds in Stardew Valley in the form of types of real-world farms. Livestock, orchards, wineries – it’s something I never thought of and that’s genuinely exciting.

I’ve also found Stardew Valley perfect for listening to podcasts for hours on end. They fit neatly into the compelling but halfway-passive gameplay, keeping up my farm errands while I listen to hours of Comedy Bang Bang or My Brother, My Brother and Me. Even the ability to head back to the title screen and restart the current day is a godsend, just in case I accidentally waste a lot of time or missed something I’d rather not (the game only saves when you wake up, so you can save scum individual days if that’s your jam). 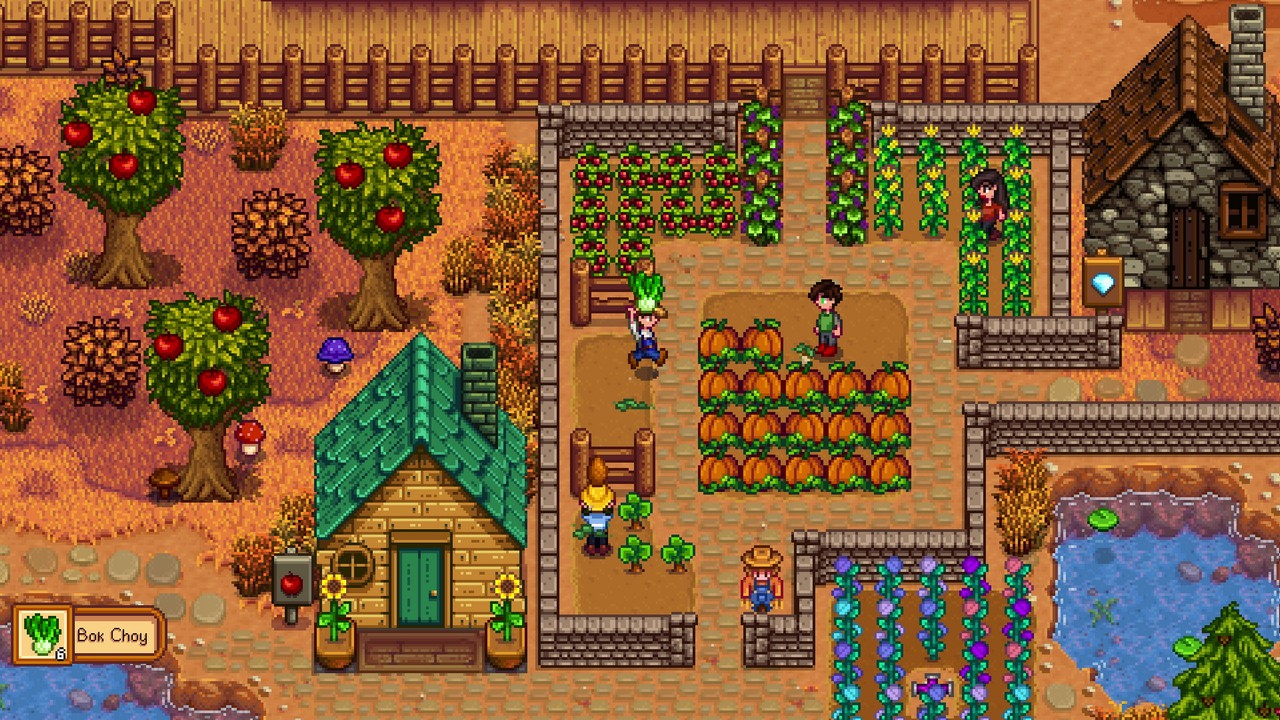 It’s obvious that I could be in a much better position for where I am in the game, that there’s a huge amount of the game I’m straight-up unaware of and may never be aware of, that I can accelerate my farm’s growth far beyond where I am now – but I don’t really care. In fact, Stardew Valley seems to encourage that perspective with Pelican Town’s cosy, lazy small-town vibe.

As frustrating as the time-sensitive aspect of the game can feel early on, there’s something comforting and reassuring about it once I had a better grasp on everything. Because I know I have limited time and energy, it makes anything I do more rewarding because I used my time effectively in ways that I decided on my own. Even if I make dumb mistakes that I only realise the day after, it’s fine because a “loss” in Stardew Valley is so miniscule in the grand scheme of things. Missing out on something in Stardew Valley isn’t a loss as much as it’s just a lost opportunity to grow a little quicker than you would otherwise – an important distinction (for myself at least) that keeps the entire experience relaxed and soothing.

There’s an innate positivity to Stardew Valley and that’s exactly what I want right now. It gives me a virtual space to consistently progress and grow something of my own, to regularly accomplish something. It’s a hobby, a mental oasis where it always feels like I’m doing something constructive. It’s pet project that I can work on and build at my own leisure, where I can chuck on a podcast and chill. It’s wonderful.